Before she starred in Ryan Murphy’s Pose and American Horror Story, Angelica Ross was CEO of TransTech Social Enterprises.

The Wisconsin native founded the trans talent incubator in 2014 as a way to provide a path to employment for those in her community through skills training, workshops, networking and other career-related opportunities. Ross is readying the org’s third annual TransTech Summit, scheduled for Nov. 14-15, a virtual event that will feature sessions on business, design, media, web and app development, and sessions on racial and social justice.

Ross, who will deliver a keynote address, said she didn’t shy away from a virtual gathering because digital provides an inclusive space, one that makes room for people in all corners. “Before I was famous, I was working for nonprofits developing a job development program. I tried pushing them to consider teaching computer skills and doing online work, and they really tokenized me and told me that what I was trying to do was over the heads of the people we were serving,” Ross explains to The Hollywood Reporter. “I thought it was a severe underestimation and undervaluing of our community. I left that job to create TransTech to offer more access for people either in person or online. Now that things have fully gone online it feels like this is where we belong. We don’t need a building.”

Ted Sarandos Defends Controversial Dave Chappelle, Ricky Gervais Specials: "Everything's Not Going to Be for Everybody"

While some of the offerings are true to the org’s name — technological — others are geared toward access across all platforms. Ross says they’re planning a “Beauty Means Business” workshop that will feature Cardi B.’s stylist Tokyo Stylez and makeup artist SiMone (aka Japanesefaces) who has worked with Teyana Taylor, as well as an independent film workshop featuring Emmy nominee Rain Valdez.

“It’s all about people in our community who have gained access or opportunities who want to share those skills or resources,” explains Ross, a “devout Buddhist” who is based in Atlanta, where she’s kept busy during the COVID-19 pandemic developing projects under an overall development deal with production company Pigeon. She’s high on her digital series Turning Point and a scripted series titled Stilettos based on her life story.

The beginnings of TransTech date back to Ross’s own search for a solid career path. In an effort to avoid an obvious job in the adult entertainment industry, Ross taught herself how to code and build websites. “I didn’t really know what I was doing but I used video tutorials and learned how to be a webmaster for an adult website. Then I decided that was not the content I wanted to see every day.”

So, she branched out and designed backstage flyers for artists like Ludacris and Cedric the Entertainer. That led to the creation of a web development and multimedia production company called My Zen Studios that cemented her passion for creating spaces that foster development, a move that ultimately morphed into TransTech. “I knew I wanted to build an environment focused on continual growth.”

Ross has applied the same to her career, stepping forward over the past year into new arenas, such as hosting a 2019 residential candidate forum on LGBTQ issues in Cedar Rapids that featured Joe Biden, Kamala Harris, Pete Buttigieg and Cory Booker, among others, and hosting the Black National Convention this fall. “We cannot afford to allow anyone, including ourselves, to shrink our power.” 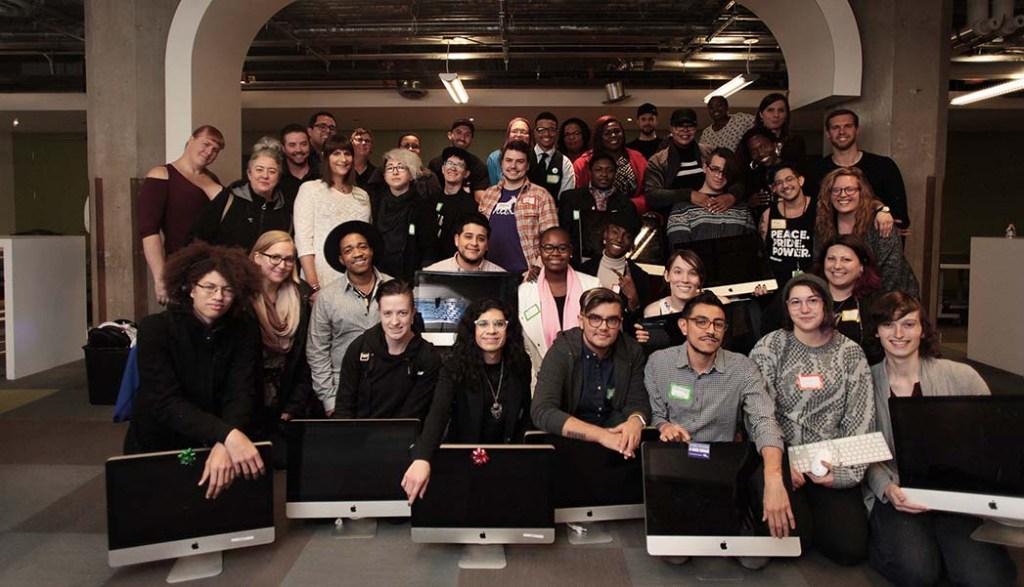 A version of this story first appeared in the Nov. 2 issue of The Hollywood Reporter magazine. Click here to subscribe.