When the International Animated Film Society (ASIFA-Hollywood) presents its 48th Annie Awards virtually on April 16, a trio of influential artists will be bestowed Winsor McCay Awards for career contributions: Willie Ito, Bruce Smith, and a posthumous honor to Sue Nichols, whom ASIFA describes as one of the few women who had a voice in the development of films such as Beauty and the Beast, Aladdin, The Lion King, Mulan and Brave.

Ito says he knew his career path when he first saw Disney’s 1937 Snow White and the Seven Dwarfs, but World War II meant that his family would be among the Japanese Americans sent to internment camps. “There were 120,000 of us. I spent three of my formative years incarcerated, but honing my interest in cartooning,” he says, adding, “Suddenly here it is, the 21st century, and we’re going through the very same anti-Asian sentiment. I’m absolutely shocked.”

'The Mitchells vs. the Machines' Wins Big at Annie Awards

After the war, Ito, now 86, studied and then spent more than half a century in animation, notably at Hanna-Barbera, Warner Bros. and Disney. For his first assignment at Disney, he worked with his mentor, Iwao Takamoto, and a small team that animated the iconic scene in 1955’s Lady and the Tramp during which the title characters share a plate of spaghetti, ending with a kiss. “At the time I was working on the scene, I had no idea [the impact it would have],” he admits.

At Hanna-Barbera Ito worked on a string of series including The Jetsons, Yogi Bear and Scooby-Doo. He’s also credited with creating the character of Hong Kong Phooey. “At that time, Bruce Lee was very popular and kids were all getting into martial arts, and so we thought it might be fun to create a cartoon character that had expertise in martial arts. And we thought, rather than try to emulate a humanized character, it’ll be fun to make Hong Kong Phooey one of our canine characters.”

Smith has spent most of his career at Disney, working on productions including Who Framed Roger Rabbit and The Princess and the Frog. His credits also include the Oscar-winning animated short Hair Love, and he’s perhaps best known for creating The Proud Family. “There was just a void of the Black American experience in animation onscreen. I think the only thing that existed prior to the Prouds in a television format was maybe Fat Albert. I knew there was a market for it,” he says.

“I pitched two places. The first place, they loved the drawings, the idea, the presentation, but it was met with, ‘We don’t do that type of stuff here.’ The next place was Nickelodeon, who loved the idea. [Then] Nickelodeon took a very long time to figure out what they wanted to do with it. Mind you, this was like 1996.” Smith relates that Disney then expressed interest, and the series debuted on Disney Channel, where it ran from 2001 to 2005.

Today, Smith has an overall deal with Disney+ and is bringing The Proud Family: Louder and Prouder to the streaming service in 2022. 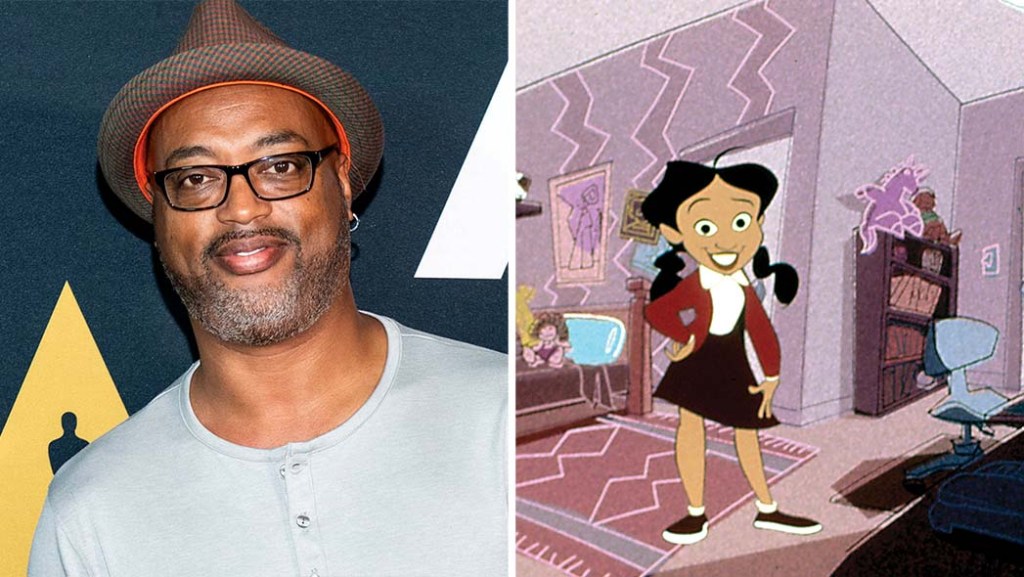