Anthony Scaramucci, the new White House Communications Director who took over for Sean Spicer on Friday, is already making remarks about the importance of appearance under president Donald Trump’s administration.

While appearing on CNN’s State of the Union with Jake Tapper on Sunday morning, the expertly coiffed and self-tanned Scaramucci, also referred to as “The Mooch,” addressed his new role and that of press secretary Sarah Huckabee Sanders.

.@Scaramucci: “We should put the cameras on” during the White House press briefings #CNNSOTU https://t.co/i5JfTgS1Vk

“I think Sarah does a great job. She’s an incredibly warm person. She’s incredibly authentic,” said Scaramucci, adding that he even offered her “the big office” because she’s taking most of the hits from the media.

Scaramucci continued, “For Sarah Huckabee, I want to do everything I can to make her better at that podium. I think she’s phenomenal there now. But like every athlete that is training for the Olympics, every day we have to make ourselves incrementally better.”

One way to improve oneself? Hair and makeup, according to Scaramucci, a financier whom several pundits have pointed out looks like he could have had a bit part in the film Wolf of Wall Street.

He later clarified that he was, in fact, talking about himself and his own beauty needs, taking to Twitter to write that he was referring to his own preference for the makeup artist. “I need all the help I can get,” he wrote, adding the hashtag #humor.

For the record, I was referring to my hair and make up and the fact that I like the make up artist. I need all the help I can get! #humor

However, there’s no denying that Sanders appeared to have gotten a makeover as of Friday, thanks to the so-far-unnamed beauty wizard, as seen below. 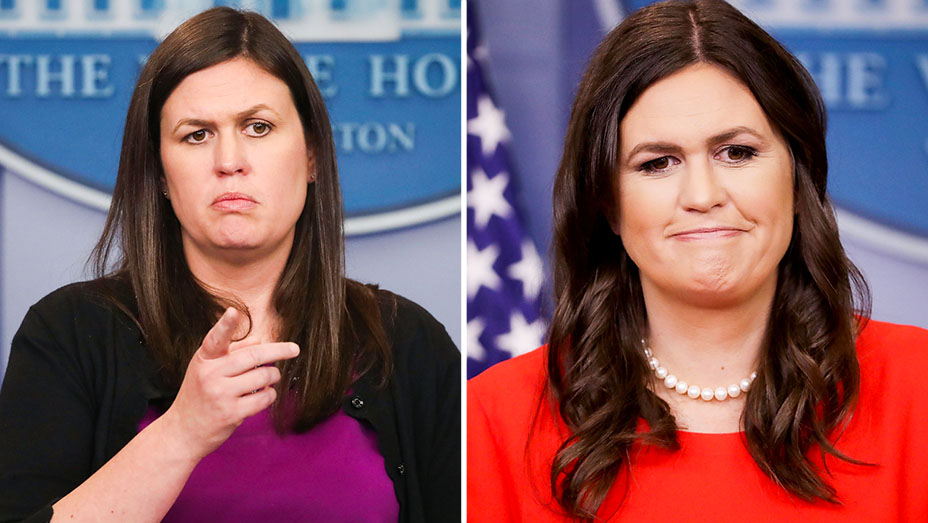 It’s no secret that having a presentable image is important to Trump, who is notorious for commenting on the appearances of women — including daughter Ivanka Trump, MSNBC’s Mika Brzezinski and French first lady Brigitte Macron — and men alike. After all, who can forget Spicey’s style transformation?