A billboard that criticized CNN and its president, Jeff Zucker, over a perceived liberal bias sprang up Friday directly across the street from the news network’s headquarters in Hollywood.

The billboard at the corner of Sunset and Cahuenga features Zucker’s face and faux title, “CEO, CNNPC” and it refers to CNN as the “Communist News Network.” The main message reads: “Keep Korea Divided.”

Before Friday morning, the giant billboard was being used to advertise a marijuana dispensary, but it has been altered by a small band of conservative street artists who go by the name The Faction, and it is the third time in six weeks the group has attacked a TV channel owned by AT&T’s WarnerMedia.

In January, The Faction criticized Bill Maher and a month after that it was John Oliver, both of whom host shows on HBO. In those attacks, the entertainers were labeled “NPC,” which, in video-game parlance, means “non-playable character,” though in conservative circles it refers to robotic liberalism allegedly displayed by mainstream journalists.

One of The Faction’s members told The Hollywood Reporter that the critical CNN billboard is related to its coverage of President Donald Trump’s summit with North Korean dictator Kim Jong Un. CNN had no comment.

“When Trump speaks glowingly of Kim Jong Un it’s a tactic,” says a member of The Faction, which remains anonymous. “Zucker and his journo-activists know this, but are more than willing to try to torpedo the summit — the future of the long-suffering North and South Korean people be damned.”

Trump’s summit had been taking place in Vietnam and the president said his mission was to get North Korea to disarm its nuclear weapons and drop its ambitions for more of them. The talks broke down Thursday without an agreement.

The Faction first made a name for itself in August when it peppered the Hollywood Walk of Fame with dozens of phony Trump stars in an attempt to replace his real one, which activists have destroyed on numerous occasions.

Update 2:35 p.m. Pacific: The anti-CNN billboard remained for about seven hours before it was removed. 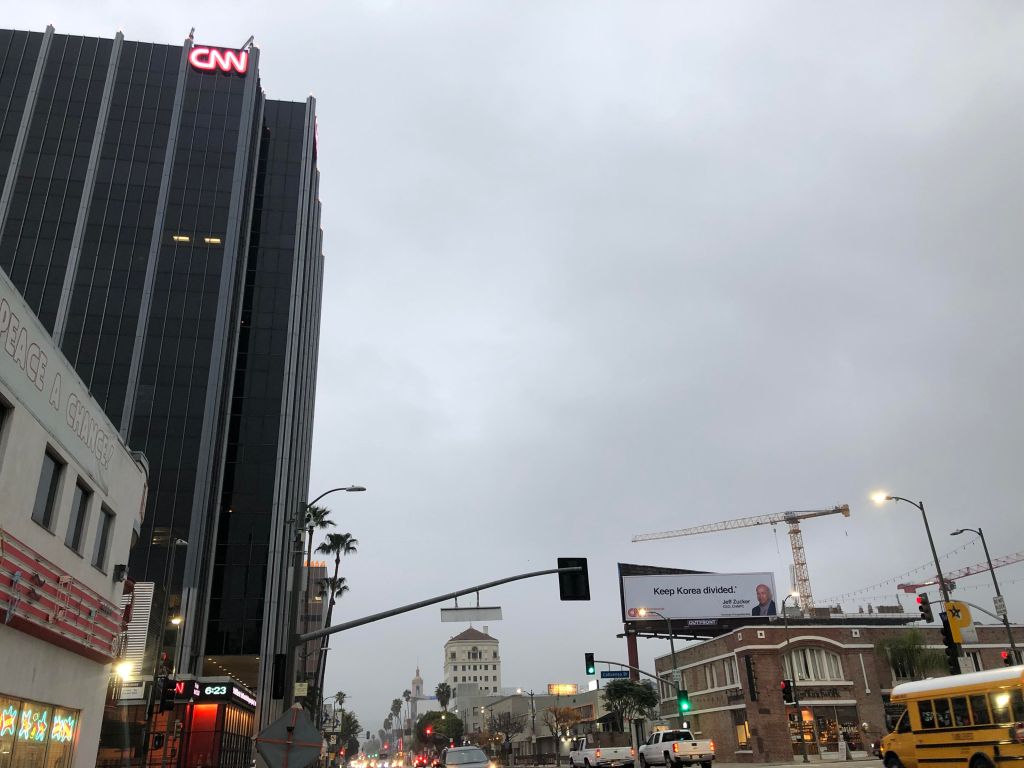