Unlike the movie calendar, which floods the market with prestige releases for awards consideration toward the end of every year, the New York theater season begins and ends midyear, pegged to the Tony Awards in June, meaning a whole slate of major shows is still to come.

The 2018-19 theater season has already been established as a corrective to last season’s dearth of strong new plays on Broadway. That trend kicks in immediately after the holidays with Choir Boy (Samuel J. Friedman Theatre, opening Jan. 8), a coming-of-age drama set in a prestigious African-American prep school, written by Tarell Alvin McCraney, who won a 2017 screenplay Oscar for Moonlight. The production was first seen in an earlier off-Broadway run, with talented newcomer Jeremy Pope reprising his role as a gay youth whose appointment as head of the gospel choir sparks tension.

One of the most singularly gifted theater artists to emerge in the past ten years is genderqueer iconoclast Taylor Mac, whose unique pop-cultural kaleidoscope, A 24-Decade History of Popular Music, became a cult sensation after performances in New York, San Francisco and abroad. Mac’s Broadway debut, Gary: A Sequel to Titus Andronicus (Booth Theatre, April 11), promises to be no less distinctive. The political comedy riffs on Shakespeare’s blood-drenched first tragedy, with Nathan Lane and Andrea Martin as servants charged with cleaning up the corpses of the fallen Roman Empire’s civil war, and Kristine Nielsen as a midwife found among the casualties, near death.

Lucas Hnath, whose Ibsen response, A Doll’s House, Part 2, was a Tony-winning vehicle for Metcalf in 2017, reunites with the actress on Hillary and Clinton (Golden Theatre, April 18). Metcalf stars opposite John Lithgow as the political power couple in a behind-the-scenes dramatization of a pivotal moment both in the 2008 Democratic primaries campaign and in an enduring marriage.

The young Rupert Murdoch is the subject of Ink (Samuel J. Friedman Theatre, April 24), James Graham’s rollicking depiction of the Australian media tycoon’s initial assault on the British tabloids in 1969. Bertie Carvel reprises his Olivier Award-winning performance as Murdoch from the original London staging, starring opposite Jonny Lee Miller as Larry Lamb, the rogue editor who teamed with him to make over failing daily The Sun. 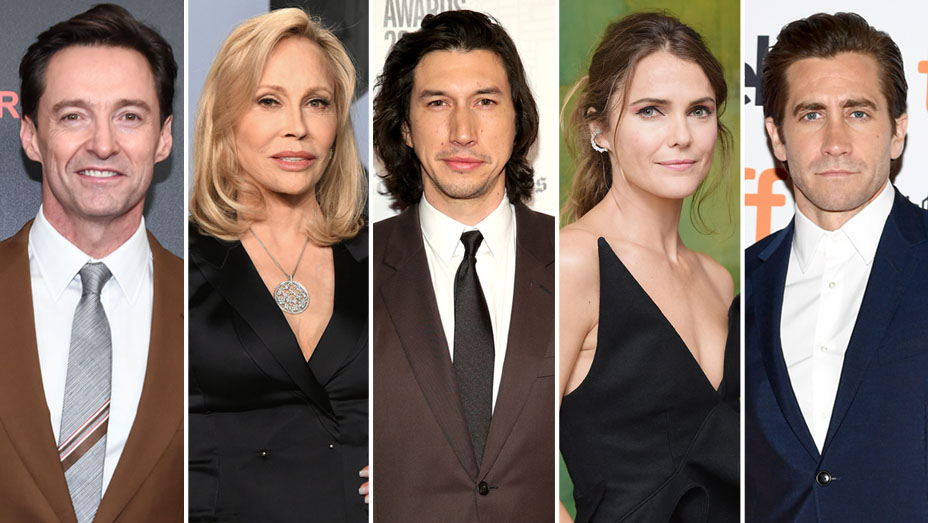 Off-Broadway, as always, offers the greatest concentration of anticipated new plays — or at least, new to New York.

Among them is Fleabag (SoHo Playhouse, March 7), the solo vehicle that spawned writer-performer Phoebe Waller-Bridge’s critically adored BBC/Amazon series of the same name, about a self-obsessed, unfiltered Londoner with a voracious sexual appetite and a gift for alienating friends and family. Waller-Bridge has since gone on to even wider acclaim as the creator and writer of the hit series Killing Eve.

Breakout Hamilton discovery Daveed Diggs, who won a Tony for the dual role of Marquis de Lafayette and Thomas Jefferson, will return to the stage, starring opposite Thomas Sadoski in Suzan-Lori Parks’ reflection on race, friendship and self-preservation, White Noise (Public Theater, March 20).

Veteran master of the off-kilter comedy John Guare brings a new work, Nantucket Sleigh Ride (Mitzi E. Newhouse Theatre, March 18), to Lincoln Center Theater, birthplace of his classic plays The House of Blue Leaves and Six Degrees of Separation. John Larroquette stars as a playwright-turned-stockbroker who ventures from New York to the Massachusetts island and gets mixed up with a giant lobster, Roman Polanski, a pornography ring, Walt Disney, stranded children, a murder and Jorge Luis Borges, just for starters. The action shifts between the present day and memory interludes in the 1970s.

Following a remarkable run of prestige film and TV projects, in-demand actor Michael Stuhlbarg will be back on the New York stage after a 10-year absence, playing the title role in Tim Blake Nelson’s Socrates (Public Theater, April 16), about the rise and fall of one of the forefathers of Western philosophy.

Gyllenhaal stars alongside Tom Sturridge, both actors continuing their collaborations with British playwrights in the intimate double bill of one-acts, Sea Wall/A Life (Public Theater, Feb. 14). Sturridge performs Simon Stephens’ Sea Wall, an intense monologue about love and the human need to know the unknowable, while Gyllenhaal in Nick Payne’s A Life ponders how we say goodbye to those we love most.

Propelled by major acclaim for its London premiere at the National Theatre, Ben Power’s adaptation of Italian playwright Stefano Massini’s The Lehman Trilogy (Park Avenue Armory, March 27) promises to be a theatrical highlight of the spring. Directed by Sam Mendes, hot off The Ferryman, this generations-spanning chronicle of the immigrant brothers whose descendants became finance giants, ultimately triggering the subprime mortgage crisis of 2007, stars Simon Russell Beale, Adam Godley and Ben Miles.

Florian Zeller’s The Father earned Frank Langella his fourth Tony Award in 2016. The French author’s earlier companion piece, The Mother (Atlantic Theater, March 11), again translated by Christopher Hampton, centers on a woman suffering from clinical depression and grasping for stability after her grown children move on to build lives of their own. The great Huppert stars in the title role, opposite Chris Noth, Justice Smith and Odessa Young.

Speaking of legendary performers, Jackson won a 2018 Tony for her return to Broadway after 30 years in Edward Albee’s Three Tall Women. The English acting royalty will be back in the spring, playing the title role in a modern, gender-blind take on King Lear (Cort Theatre, April 4), with an estimable ensemble that also features Ruth Wilson, Elizabeth Marvel, Pedro Pascal, Jayne Houdyshell and John Douglas Thompson.

New musicals include the Broadway transfer of Anais Mitchell’s folk-operatic retelling of the Orpheus and Eurydice myth, Hadestown (Walter Kerr Theatre, April 17); and Be More Chill (Lyceum Theatre, March 10), the viral teen sensation from composer Joe Iconis, based on Ned Vizzini’s YA novel about a sad sack high school junior who acquires cool-kid popularity by ingesting a pill-size supercomputer.

Off-Broadway musical premieres include Superhero (Second Stage Theater, Feb. 28), from Next to Normal composer Tom Kitt and Red playwright John Logan, about a fractured family and the mysterious neighbor that just might be their salvation; Alice By Heart (Robert W. Wilson MCC Theater Space, Feb. 26), which reunites Spring Awakening collaborators Duncan Sheik and Steven Sater, along with Jessie Nelson (Waitress), in a story of two friends who find escape in a cherished story during the London Blitz of World War II; and Octet (Signature Center, May 19), the new piece from adventurous Natasha, Pierre & the Great Comet of 1812 composer Dave Malloy,  featuring a score for an a cappella chamber choir and a libretto that explores addiction and nihilism in the context of 21st century technology, lifting inspiration from internet comment boards, scientific debates, religious texts and Sufi poetry.

Following shows about the lives and careers of Carole King, Donna Summer and Cher, the jukebox trend continues. Ain’t Too Proud — The Life and Times of the Temptations (Imperial Theatre, March 21), features a book by acclaimed Detroit playwright Dominique Morisseau; and later in the year, with dates and venue still to be set, comes Tina, tracing the turbulent path to rock superstardom of Tina Turner, with a book by Katori Hall, who like the subject, hails from Tennessee.

Of the musicalized movies coming in, the most anticipated is arguably Tootsie (Marquis Theatre, April 23), starring Santino Fontana in the Dustin Hoffman role of a struggling New York actor who gets his breakthrough by masquerading as a woman. The meta twist in the stage version is that he becomes famous not as the star of a daytime hospital soap but on Broadway. The show features an original score by David Yazbek, fresh off his Tony win for The Band’s Visit. 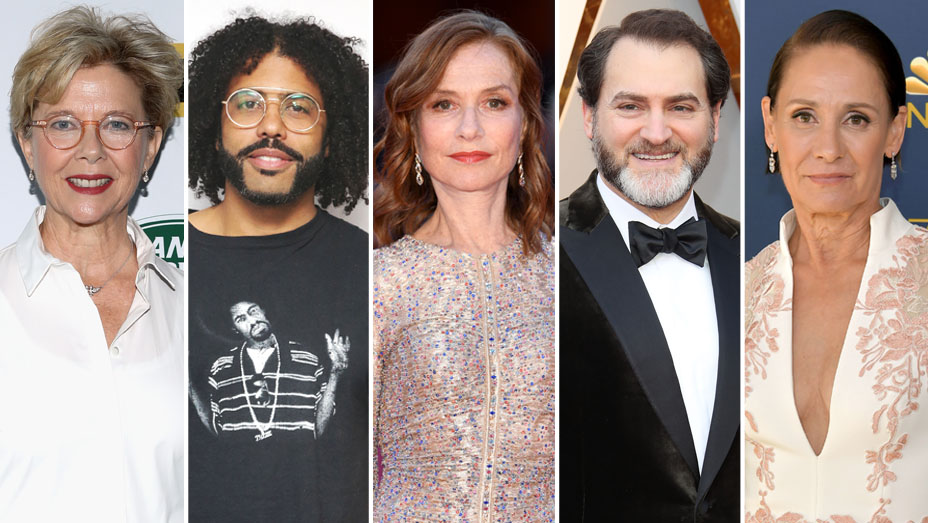 Following a sellout premiere run at Boston’s Emerson Colonial Theatre, expectations are high for the stage reworking of Baz Luhrmann’s Moulin Rouge! The Musical (Al Hirschfeld Theatre, July 25), also adapted by Logan. Karen Olivo, Aaron Tveit and Danny Burstein head the cast of the tragic romance set in decadent fin de siècle Paris, which takes a leaf out of the movie’s book by mashing up new arrangements of popular music from across the decades.

That show kicks off the 2019-20 Broadway season. A summer opening, with theater and dates to be announced, is also planned for Tea at Five, a new version of Matthew Lombardo’s solo play about Katharine Hepburn, marking the return to Broadway of Dunaway after more than 35 years.

Major musical revivals in the works are fewer. Only two shows will be eligible for 2019 Tony consideration in that category: the Cole Porter classic, Kiss Me, Kate (Studio 54, March 14), starring Kelli O’Hara and Will Chase as a temperamental movie star and her egotistical ex-husband, who lures her into appearing as Kate to his Petruchio in The Taming of the Shrew; and Rodgers and Hammerstein’s Oklahoma! (Circle in the Square, April 7), reimagined by director Daniel Fish in a radically stripped-down, lo-fi production that finds dark, disturbing undercurrents in the heartland story. The polarizing production was one of the critical hits of the fall off-Broadway.

Also embraced by critics in its premiere and now transferring to a commercial off-Broadway run is director Joel Grey’s revelatory Yiddish-language Fiddler on the Roof (Stage 42, Feb. 21), with an ensemble cast that includes the inimitable Jackie Hoffman as Yente. The National Yiddish Theatre Folksbiene production is performed with English supertitles. And the inventive minimalist troupe Fiasco Theater will reinterpret Merrily We Roll Along (Laura Pels Theatre, Feb. 19), the 1981 show by Stephen Sondheim and George Furth about artistic ambition and disappointment that was a fast flop on Broadway but nonetheless has legions of admirers.

Finally, in a category of his own, Broadway favorite Hugh Jackman will play three shows at Madison Square Garden (June 28-29) midway through his international arena tour, The Man. The Music. The Show. Covering numbers from his stage hit The Boy from Oz, as well as screen successes Les Miserables and The Greatest Showman, the song-and-dance spectacle wraps up July 19-20 at the Hollywood Bowl.