There’s a lot of noise around the moviegoing experience.

From debates about attendance and theatrical windows to the suddenly cash-strapped MoviePass, there’s no shortage of conversation starters when it comes to the landscape of America’s movie theaters. There’s also just a lot of chatter inside the theaters. The latter fact is one of the focal points of Antoine Fuqua’s new business venture SoundFi, an immersive 3D audio delivery format optimized for headphones and available for iOS.

The Equalizer 2 filmmaker has joined SoundFi as an executive adviser and partner to the company, which has just launched its in-theater mobile app using Fuqua and Columbia Pictures’ recent film as the first to put the technology on display. It works by syncing the soundtrack of a film through a quick download of an audio file to your phone while a user sits in the theater wearing headphones. (It also never disconnects while on trips to the concession stand or the restroom.)

Will Smith, Ava DuVernay and 'The Harder They Fall' Cast to be Honored at Celebration of Black Cinema and Television

Fuqua was on hand during a July 27 launch event inside CAA’s Century City headquarters, where he sat down with The Hollywood Reporter to discuss his new partnership with Chris Anastas, founder and CEO of SoundFi; the breakout success of The Equalizer 2; and what it will take for him and star Denzel Washington to return for a third installment.

Congratulations on the success of The Equalizer 2. So much was made about the fact that it was your first sequel, as well as Washington’s. What can you say about another Equalizer — would you do it? What would it take for a third?

Yeah, absolutely. Personally, I’d love for it to happen. I mean the audience has spoken, so hopefully it’ll continue to do well in its life. Sony has brought it up and talked about it. It would be great to do it again. It would be great to do it again with Denzel. I’m looking forward to The Equalizer 3, if that happens. I would love for it to take place internationally, I think Denzel would be a great James Bond-type character. [Denzel and I] talk about a lot of different things. I’ve got some things I’m developing and roles I’d like him to play. Normally, that’s how it works with him. I’m dreaming him up as a cowboy or something, and then I’ve got to go pitch it.

Could you see Washington in your adaptation of Scarface?

My dream is for him to be Scarface. He laughs sometimes and he kind of goes, “[Al] Pacino did a great job! I don’t want to do that.” I’m nudging him. I’m trying to nudge him into doing it.

Why did you say filming The Equalizer 2 wasn’t fun?

This was a tough one. It’s always fun working with the actors. The storm was very difficult to do. It was cold, wet and uncomfortable. I knew that going in and just hard because you’ve got equipment everywhere, so you’ve got to reorganize, and an outdoor adventure is always tough. As a filmmaker, the kid in you wants to make these movies and then you’re like, be careful what you wish for it because then you’re standing out in the cold or when you’re standing out in 110 degrees with horses that don’t want to do what you tell them. You’re like, “Shit, I should have just done a nice movie with people talking in the kitchen,” but that’s not what I love to see. So, I’m making what I love to see. It was a hard shoot because, this is well known, we had a couple of security guards get shot at. We shot in a tough area in the projects. It makes you worry a lot — they lived, but it was a sad thing. Then there was a guy that robbed a bank or something that ran through the set and jumped into one of our actors’ cars. Luckily, the production assistant driving the car was smart enough to jump out. The [robber] locked the door, had a big knife, and surrounded him with guns. They had to get him out. Those sort of things were stressful. I didn’t have fun. I had fun watching it, but I didn’t have fun making it. 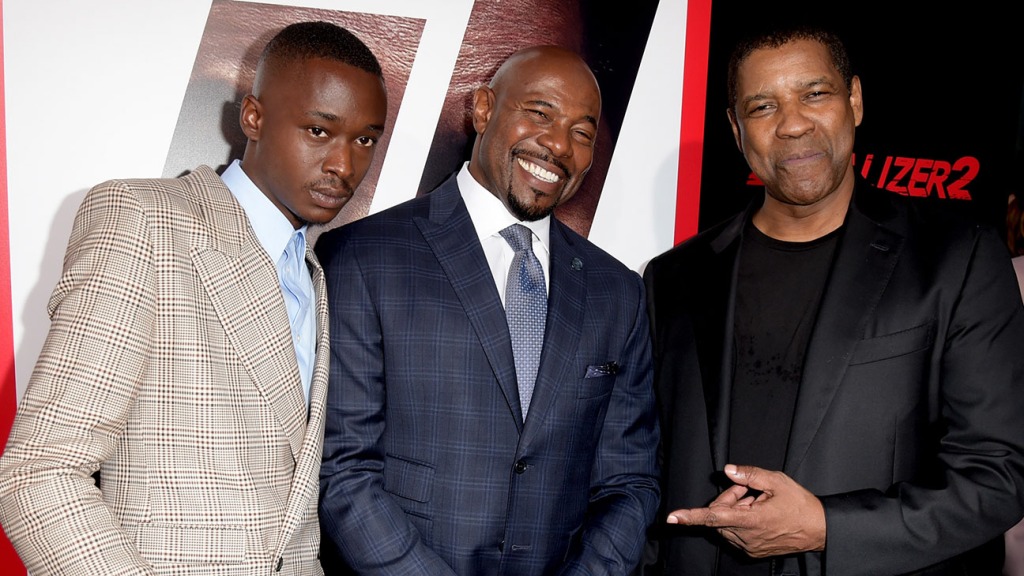 How do you think the industry is moving forward in regards to inclusivity and black filmmakers gaining success?

I always use the analogy of sports. I remember growing up and I think there were maybe one or two black quarterbacks in the NFL, maybe. When the black quarterbacks started winning, there were more. When there were no black coaches, and black coaches [finally] got their chance at winning, there were more. The only thing you can do is win and you can fight the system as you should. I’m trying to contribute to change by doing the best I can, and that’s what everybody has to do. Fight the fight. Speak up when something’s wrong. But when you get your opportunity to be on the field, so to speak, or behind the camera or in front of the camera, give it everything you’ve got, because people coming from behind you need a reference to say, “Hey, she did it or he did it, and they’re the same as me. Why can’t I get a shot?” If it’s successful and they made money, because Hollywood is green, then other people will get a chance. Hollywood sees green before color, most of the time.

How did you get involved with SoundFi?

Pretty much as soon as I met Chris [Anastas] and put the headphones on. My goal as a filmmaker is always to give the audience the best experience I can. What we want is for them to enjoy all the hard work that goes into a movie that they don’t see. We put a lot of time and effort into our visuals, new technology with cameras and 3D glasses and immersive glasses and all sorts of things. I found that we weren’t putting as much attention into the sound. I found there were times small details that I would create in a movie could be missed because the sound could be coming through another theater or people could be talking and eating their popcorn. I’ve always thought it’d be great to have a choice to put headphones on to really immerse [viewers] into the film and let them disappear completely — just the film — visual and audio as one.

Where did you see the desire for this app in the marketplace?

People ride on the train with their headphones on watching their favorite series. People walk down the street with headphones on. There are outdoor venues where they have kids sitting around watching movies projected on the wall and they all have headphones on. I felt like when I met Chris that he was onto something that made it easy for a consumer to download the app without having to plug in and do all these other things and get an immersive experience and have another option. So for me as a filmmaker, it’s about: How can we add options? At the end of the day, it’s about wonderment and entertainment and fun. As far as I’m concerned, going to movie theaters will always be a shared experience, but the audience deserves options that enhance your enjoyment. We all love to hear each other laughing — it’s infectious — but again, some people want to just study [the film]. We are in a world where people are very much into their own personal space, so to speak. People walk down the street texting and looking on Instagram and YouTube and it’s like you’re in space, but not at the movies. It’s important that we expand on our world. We have to keep people coming to the theaters. It’s hard to go to the movies. It’s expensive. You’ve got to give people more — not only just more, but something good. 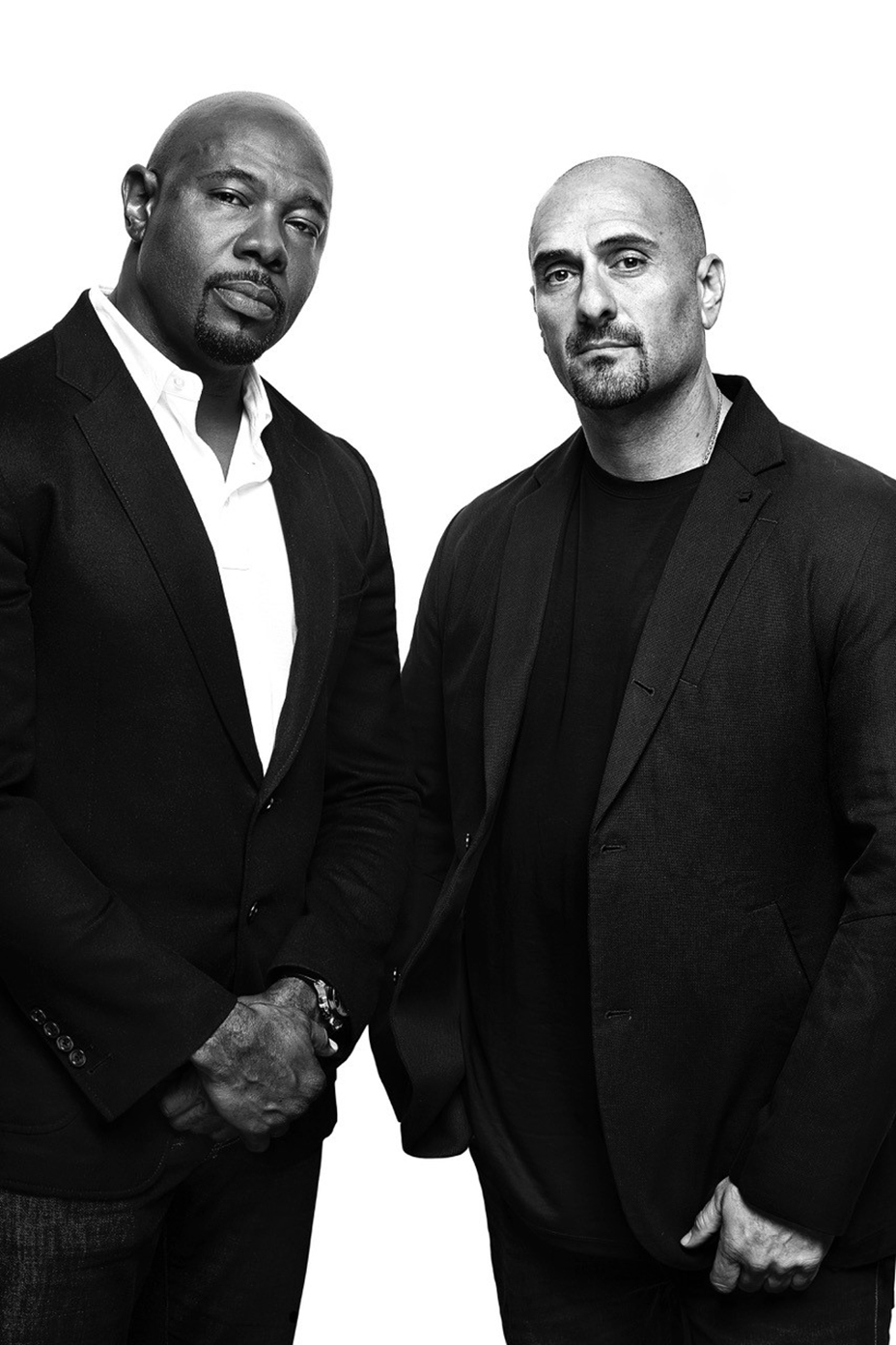