Hollywood memorabilia dealer Martin Nolan was already feeling pretty confident about the quality and variety of lots for his November “Icons & Idols” sale, and then he got the call: A person close to Aretha Franklin, who passed away on Aug. 16, had some of the Queen of Soul’s clothing and accessories, pieces that had been worn onstage at concerts and events. The caller had made a promise to wait until after her death to put the items up for auction; was Julien’s Auctions interested?

“It was completely unexpected,” says Nolan, executive director and CFO for the L.A.-based auction house staging the sale Nov. 9 and 10 at New York’s Hard Rock Cafe in Times Square. “We’ve had the dates for this auction set since last May, so once we received these items in early September, we really needed to scramble to get everything photographed and included in a way that felt like we were doing right by her.”

Margie Duncan, Dancer and Stand-In for Her Pal Debbie Reynolds, Dies at 92 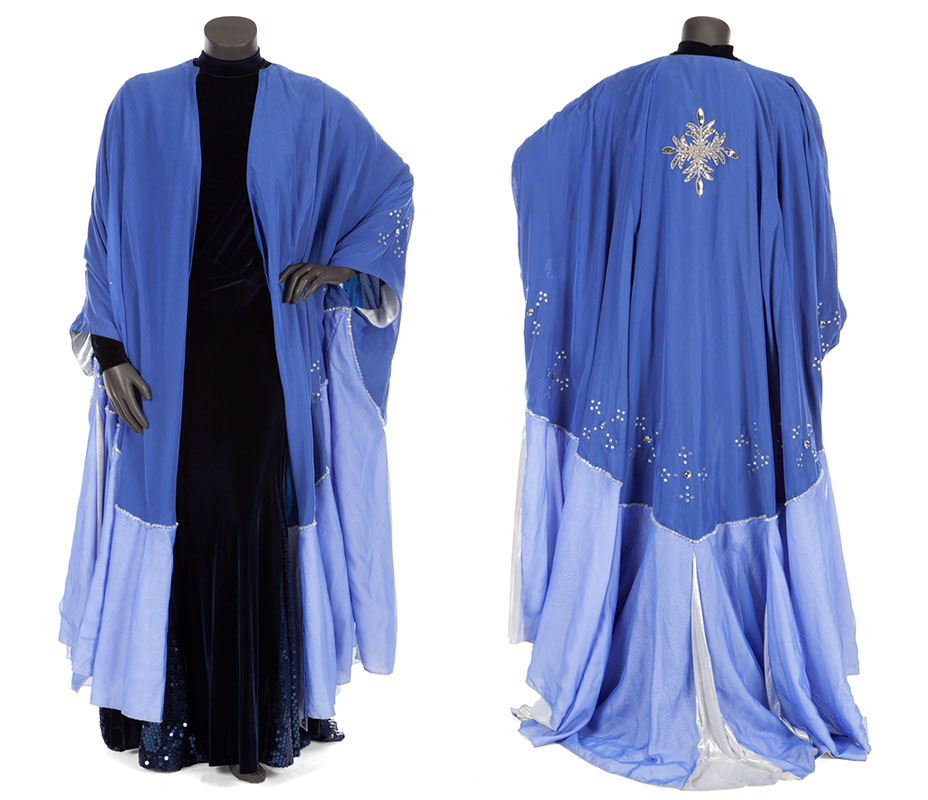 Sixty lots — ranging from a denim crew jacket Franklin received while filming 1998’s Blues Brothers 2000 to a two-piece Bill Blass evening ensemble she wore at a 1993 benefit for the Gay Men’s Health Crisis in New York — ultimately have been added to the event. Franklin’s love of accessories is also represented, as other lots include a flower- and feather-bedecked hat by Philip Treacy that the Grammy-winning singer-songwriter wore to the opening of Cleveland’s Rock and Roll Hall of Fame Museum in 1995 and groupings of shoes by Yves Saint Laurent and Manolo Blahnik. 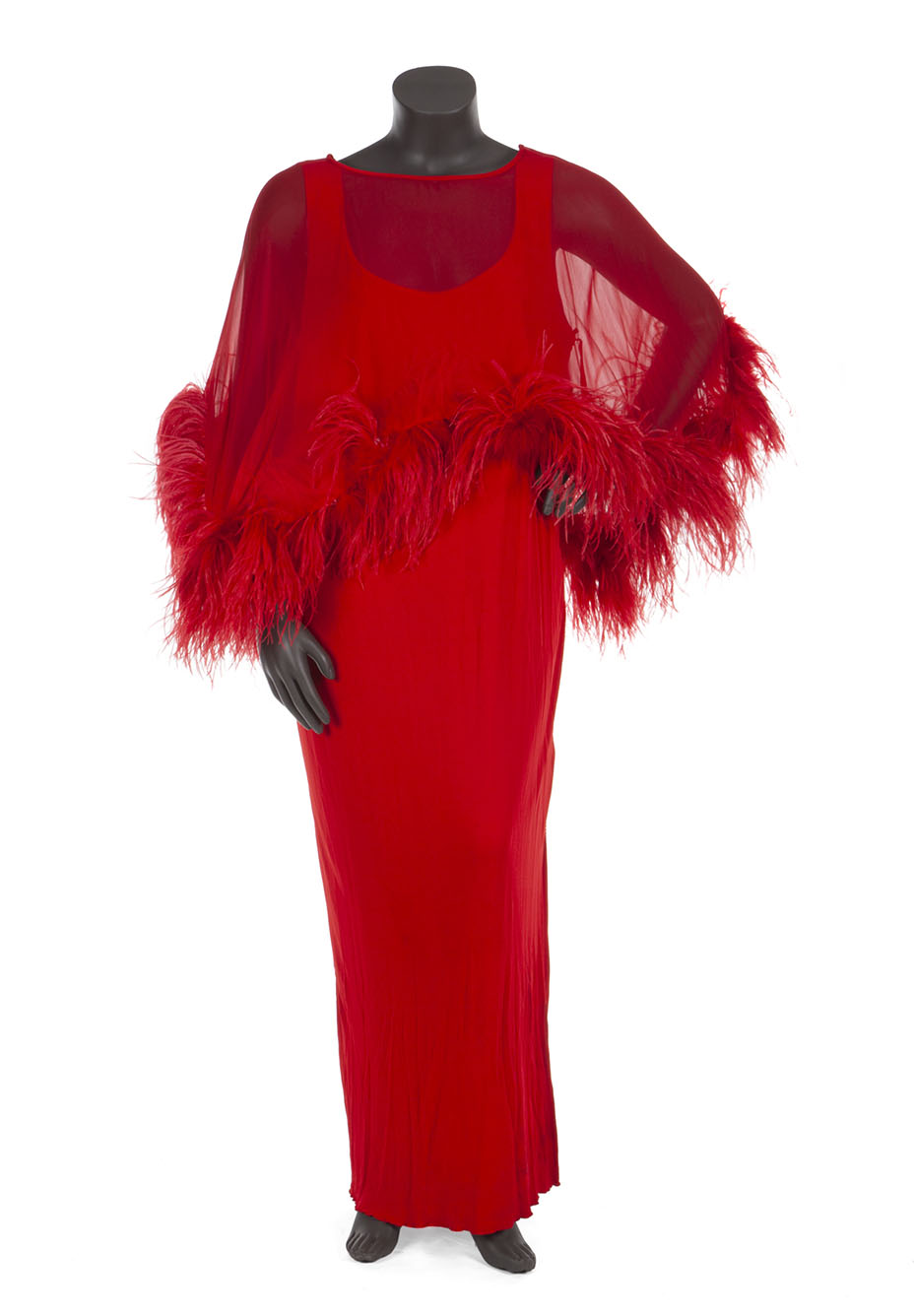 The addition of the Franklin pieces brings the total of this year’s “Icons & Idols” auction to more than 700 lots, with Prince, The Beatles, Bob Dylan, Elvis Presley, Whitney Houston, Barbra Streisand and Michael Jackson among those represented. The two-day event also includes personal property from Bernie Taupin, Elton John’s longtime collaborator, as well as a one-of-a-kind pair of Giuseppe Zanotti sneakers, designed as a tribute to Michael Jackson and studded with diamonds and rubies totaling 126 carats; the proceeds from that sale will benefit the Elizabeth Taylor AIDS Foundation.

“This really is the Super Bowl of auctions, probably the most incredible collection we’ve ever put together for one event,” Nolan says. A public viewing of the lots will take place Monday, Nov. 5, through Friday, Nov. 9, at the Hard Rock Cafe Times Square.

Also among the notable items: the cropped tuxedo jacket Madonna wore in the 1985 Susan Seidelman film Desperately Seeking Susan. Adorned with a gold embroidered pyramid on its back, the jacket is central to the film’s plot; multiple pieces of the custom-made costume were produced to be worn by Madonna and her co-star, Rosanna Arquette. Previous versions of the jacket have already gone under the gavel: A 2014 sale captured a winning bid of $257,000, though Nolan says that bidder didn’t come through with the funds, and the jacket went to another client for $100,000. A 2016 sale, meanwhile, fetched $87,500. The piece in this year’s auction, confirmed by Nolan as the jacket worn onscreen by Madonna, carries an auction estimate of $80,000 to $100,000. 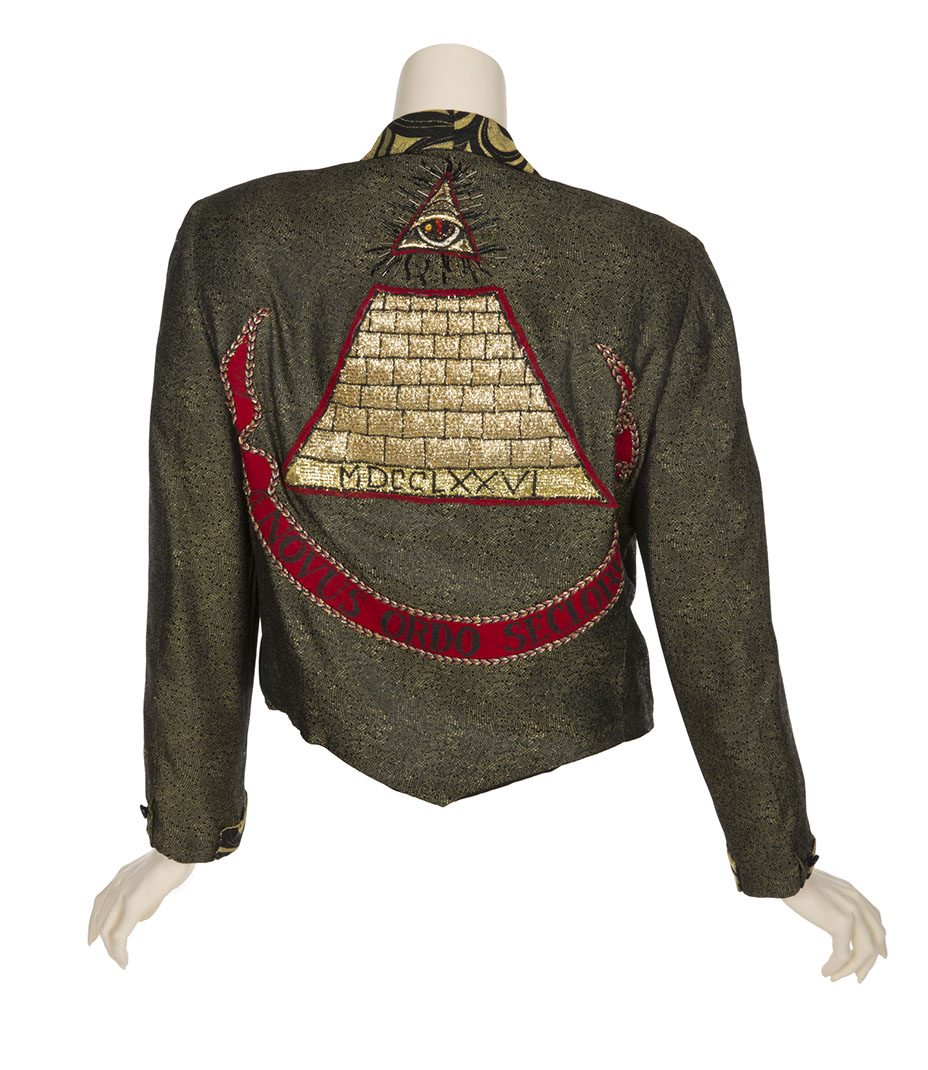 It’s not surprising, however, that Nolan expects the jacket to exceed that estimate. Desperately Seeking Susan was a seminal moment in Madonna’s career, not only as her first onscreen role, but also because “Like a Virgin” dropped on Oct. 31, 1984, and by December had reached No. 1 on the Billboard 100 chart, all while filming was taking place. By the time Desperately Seeking Susan was released in April 1985, audiences were already enamored with the performer who seemed to share style traits with the character she played in the film, from lingerie influences to a single statement earring. Indeed, the character of Susan and the woman who portrayed her melded in fans’ eyes, an idea that contributed to the film’s success. The New York Times included Desperately Seeking Susan on its list of the 10 best films of 1985, while the movie grossed $27.4 million (remember, this was 33 years ago) against a budget of $4.5 million.

“She got on the cover of Rolling Stone somewhere around the last week or two that we were filming,” Seidelman told Vulture earlier this year when Desperately Seeking Susan was screened during a retrospective, “The New York Woman,” at Manhattan’s Quad Cinema, “and boom. Suddenly everything exploded. We went from being able to film on the streets with no security whatsoever, no entourage, no nothing, to suddenly we had crowds of people when we were filming.” 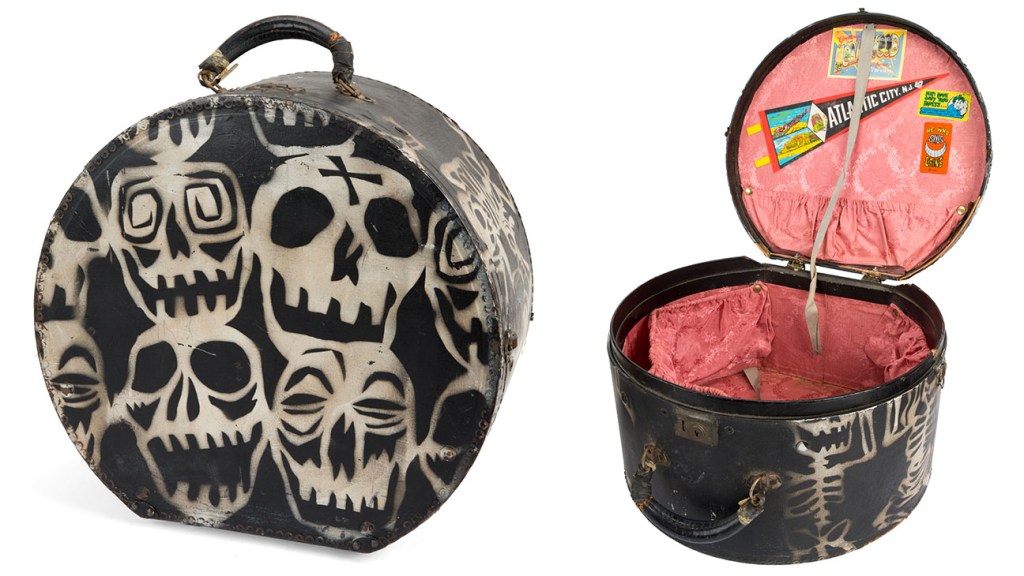 Alongside the jacket on the auction block is the oversized hatbox that’s a key prop in the film, carried by Madonna and Arquette in several scenes. Both the jacket and hatbox have been in the possession of Sarah Pillsbury and Midge Sanford, producers on Desperately Seeking Susan. A few props — a single leg warmer, a green comb and a pair of rhinestone drop earrings, among them — were never removed from the luggage and are part of the lot, which carries an estimate of $10,000 to $20,000.

“After the film wrapped, I don’t think Sarah or Midge thought about the significance of these items, never thought of the monetary value they might someday attain — they just wanted them as keepsakes,” Nolan reasons. “But with memorabilia like this hitting records, they decided it was time to let them go, either to a collector or to a museum where they may be enjoyed by many.” 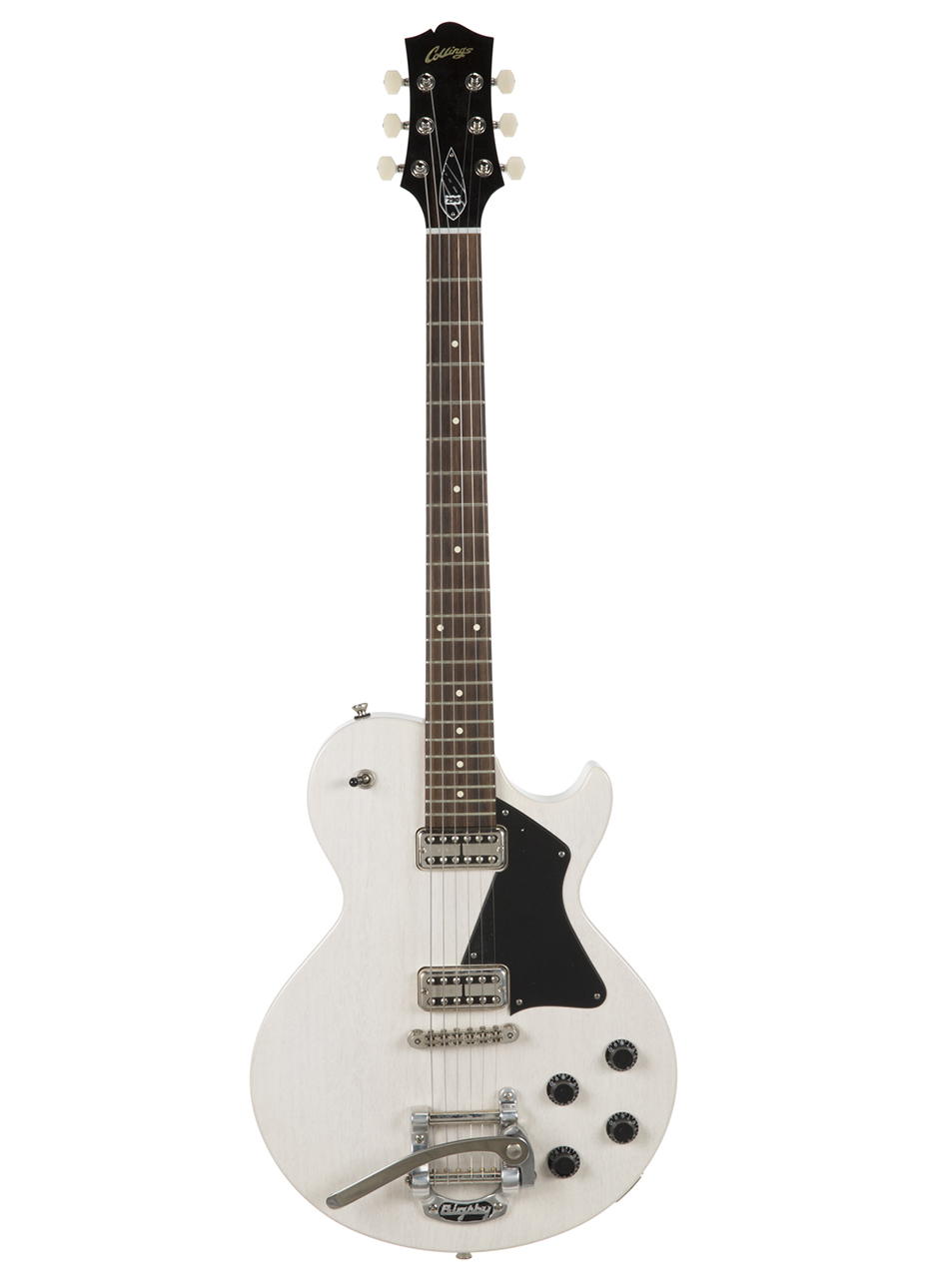 Other pieces that promise to attract energetic bidding include a white Collings 290 guitar Prince played during a Ray Charles tribute concert in Minneapolis on March 12, 2016, less than six weeks prior to his death on April 21. Carrying an estimate of $60,000 to $80,000, the guitar is believed to be part of Prince’s final onstage performance. Fashion-in-film fans, meanwhile, may find two of his jackets more alluring: A cropped motorcycle style and a purple trench adorned with a metallic detail at the shoulder are also up for auction and were worn in 1984’s Purple Rain (Prince also wore the trench during the subsequent Purple Rain tour). 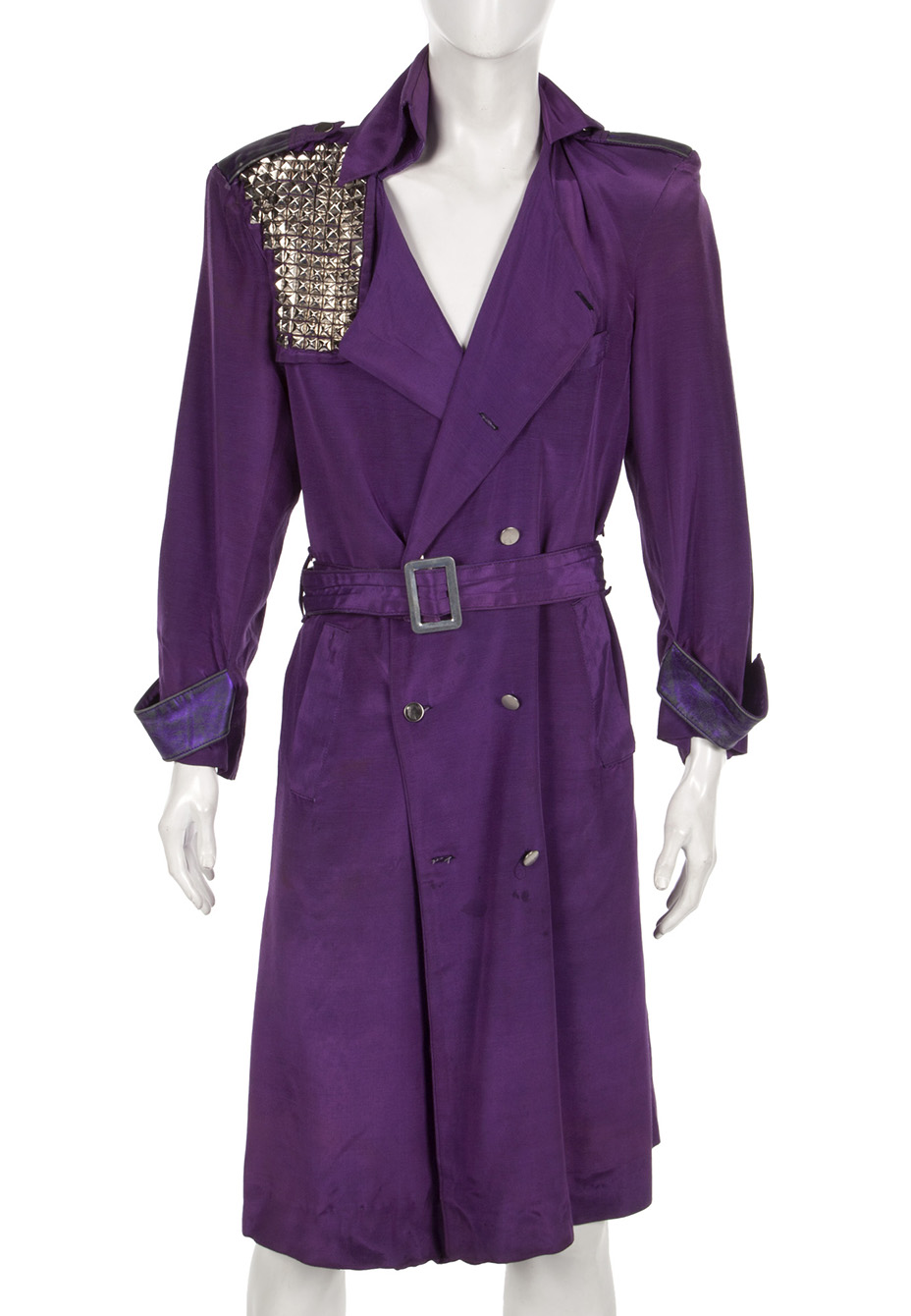 Ultimately, whether it’s a pair of sunglasses John Lennon wore while filming the video for “Penny Lane” in 1967 or hand drawings by Michael Jackson and a variety of items, primarily clothing and jewelry, owned by Elvis — including a jar containing clippings believed to be from his last haircut — this year’s “Idols & Icons” promises to offer something that draws your eye, Nolan says, no matter how you might define your musical taste. 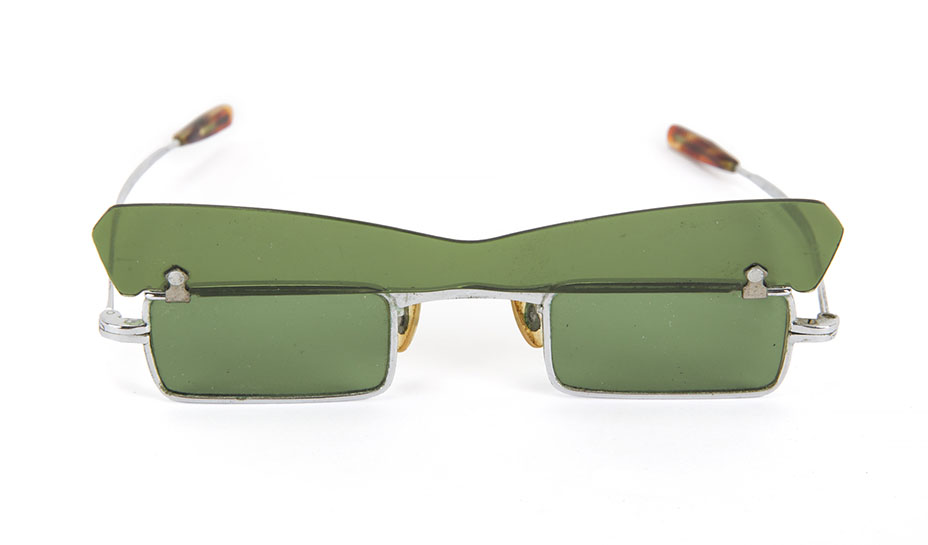 Yet even as memorabilia continues to garner both record prices and intense interest at auction, the Julien’s executive director adds that it’s wise to stick to time-honored advice. “The market is strong, but don’t buy something expecting it to appreciate in value,” he says. “Like anything in the art or collectible world, only buy something you really love — then no matter what, you’ll appreciate it and enjoy it forever.”