In 2018, Ariana DeBose took her high school prom date with her to see the Broadway show The Prom. At the time, DeBose was a thriving theater actor in New York, who had appeared in the Broadway production of Hamilton and received a Tony Award nomination for playing the title character in Summer: The Donna Summer Musical. But watching the production of The Prom touched her in a personal way, and took her back to her high school experience in Raleigh, North Carolina — like Emma, the lead character in the show who isn’t allowed to bring her girlfriend to prom. DeBose is queer (though she doesn’t claim any label) and her prom date had been a boy, a friend from the high school theater group.

“We just cried,” DeBose says, of seeing the show. “I remember being in high school, having a bit of a crush on girls, but I never really felt like I could walk down the hallway holding their hands. You just want to dance with them, but your environment and the community doesn’t quite understand that yet. I said then, ‘If this show ever has another life, I’d love to be a part of it.'”

Two years later, DeBose is getting her wish: In her first major movie role, she plays Emma’s would-be prom date in Ryan Murphy’s adaptation of The Prom for Netflix. DeBose, 29, also appears in another major new musical for which she is mining her background, Steven Spielberg’s update of West Side Story, due in 2021, in which she plays the independent-minded Anita, the role that won Rita Moreno her Oscar. 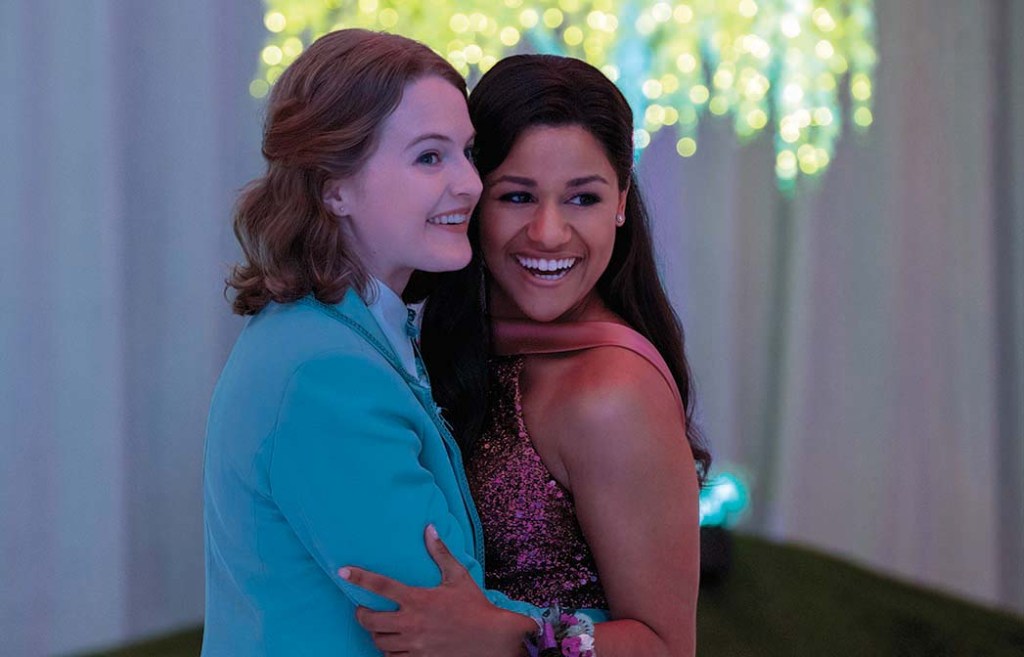 DeBose, who has an Afro-Puerto Rican father and a white mother, says the new West Side Story, which was written by Tony Kushner, gave her an opportunity to express her Latinx roots. “Steven really allowed my own life experience to imbue some of Anita,” DeBose says. “It’s a very new thing, especially for folks who don’t know me, to discover that I’m half Puerto Rican. And it was really fun for me to be able to show that part of my culture, but also to talk about the challenges that come with that.”

DeBose says Spielberg’s West Side Story diverges from the 1961 film in the depths in which it explores the lives of its Puerto Rican characters. “The movie gives you more insight into what was really going on in the Puerto Rican community at that time,” DeBose says. “That was something you understood on a surface level in the original film. We probably have over 30 new Latinx actors who are going to be introduced through this film. It was an opportunity to celebrate the culture and our love of dance, but also get into these social issues.”

DeBose, who first broke into show business in 2009 on the Fox reality show So You Think You Can Dance and rose to prominence in the role of The Bullet, a harbinger of death that eventually kills Alexander Hamilton in the Broadway production. She is currently shooting a musical comedy project for AppleTV+, alongside her The Prom co-star Keegan-Michael Key.

The actress says she sees a resurgence of movie musicals in part due to their ability to move audiences in tough times. “Musicals, throughout history, have been able to talk about what is actually going on in the world,” DeBose says. “They’re bipartisan in a way.”

In The Prom, DeBose’s character has a complex relationship with her conservative mother, played by Kerry Washington, which culminates in a scene that rests in part on DeBose’s lovability. “Ariana is extraordinary in that moment,” Washington says. “Her performance is so beautiful, you think, who could not love this child? “