Pete Davidson might have a song named after him on Ariana Grande’s upcoming album, but he doesn’t get his own apparel.

Grande is releasing her full six-piece clothing collection today to coincide with the release of her fourth studio album Sweetener. The tees, hoodies and crewnecks come in lavender, black and white — but unfortunately her fiance, Saturday Night Live star Davidson, isn’t in sight.

Two of the crewnecks include her song list on the back, where fans can see the song “Pete Davidson” did indeed make the cut. (Looks like the wedding is still on.)

Perhaps most startling is a crewneck with a baby photo; one can only imagine it’s a picture of baby Ari or maybe Davidson. Grande tweeted on August 15 calling the album her “fourth baby,” perhaps inspiring her baby pic crew neck.

She’s been dating Davidson since May and got engaged by June 2, when she debuted her engagement ring at Wango Tango. She opened up about naming a song after Davidson on the album, at first called “Pete” but later tweaked to “Pete Davidson.” On the change, Grande tweeted, “I like the way it looks. I love his name and I love him music lasts forever. It’ll outlive any tattoo, any memory, any anything, even myself so I want my love for him and how I feel to be a part of that.

Her fiance is a big fan of the record and took a photo of himself in a black Sweetener baseball cap (the least he can do after she wrote a song for him).

The lead single, “No Tears Left to Cry,” debuted in April, before Grande even began dating Davidson, and the album’s likely gotten a little sweeter since the singer met her sweetie. Like she said, music outlives tattoos (though Davidson’s already got some Ari ink anyway). 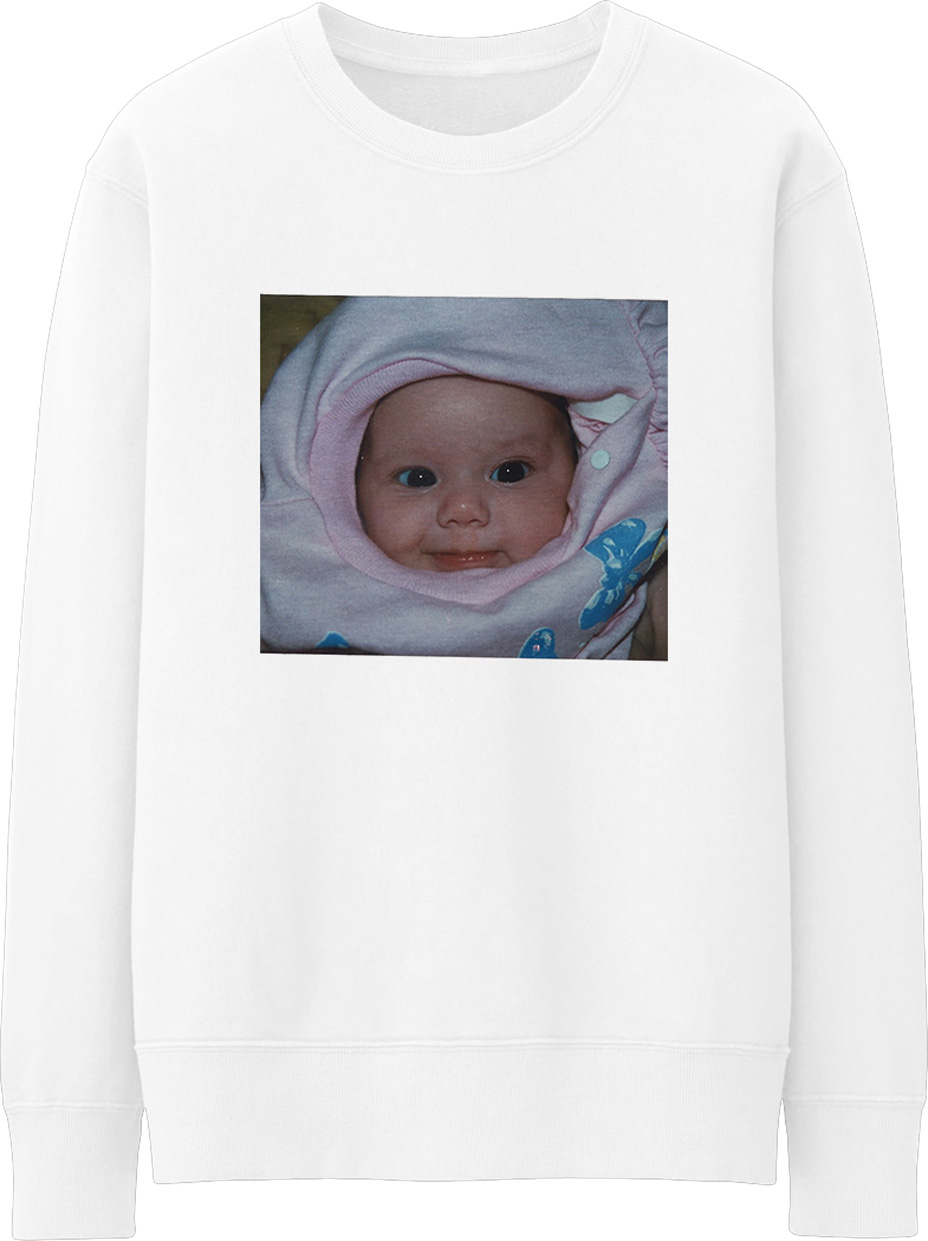 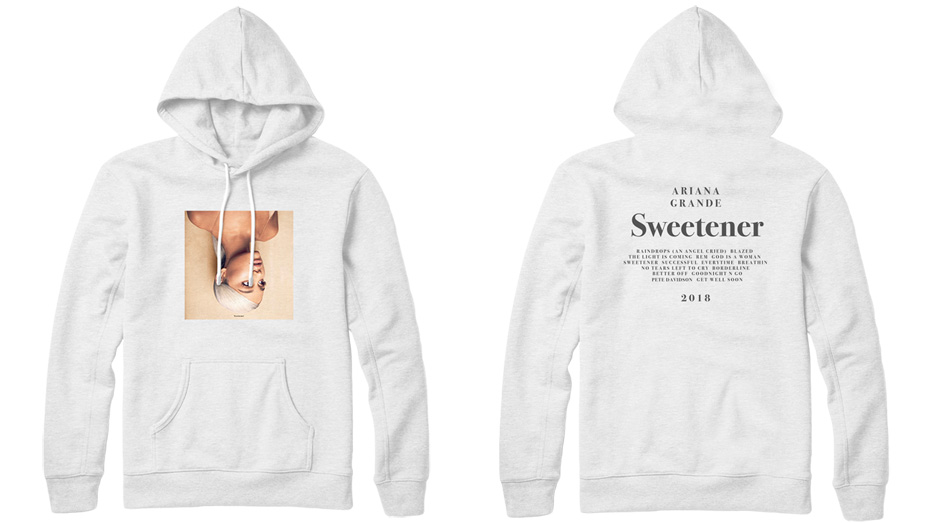 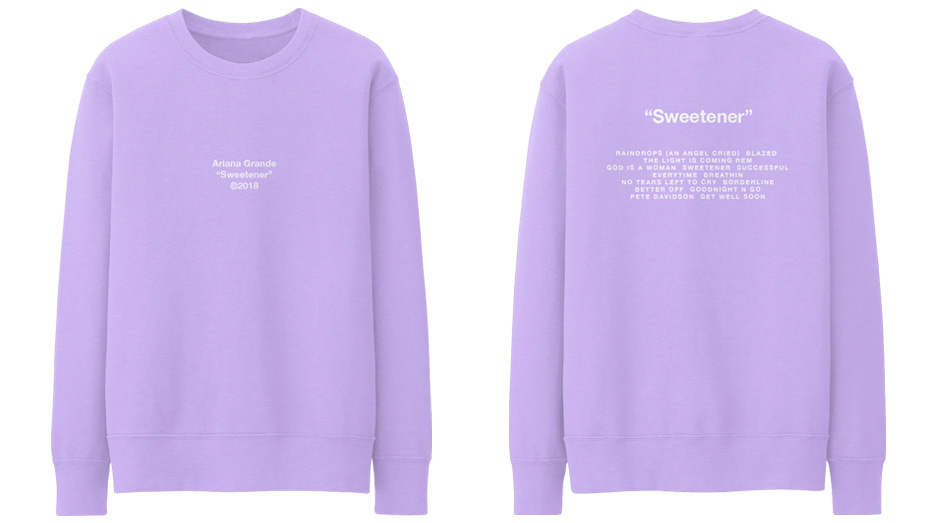 Ariana Grande and Pete Davidson Engaged After Weeks of Dating