For the first time in a decade, Ariel Winter doesn’t know what she’ll be doing next year. The 21-year-old actress stopped attending UCLA after enrolling in fall 2017, because it was too much to juggle with filming Modern Family. For now, she’s focusing on the 11th and final season of the ABC hit comedy, which she’s grown up alongside for the past 10 years as bookworm Alex Dunphy.

“I loved going [to UCLA]; however, I overestimated what I could do at that time.… I wasn’t really able to get to the majority of my classes. It was kind of me just looking at the book, not having any exam notes, just trying to figure it out on my own. I thought it was kind of a waste. Not like going there was a waste, I mean UCLA, I was so so lucky, it’s such an amazing school.… But it just didn’t make sense at the time,” Winter tells The Hollywood Reporter.

She’s planning to audition for more “adult” roles this year and, after the series wraps, is considering producing content or studying for a psychology degree online. Or maybe adopting a bunch more dogs (“I would have a million if I could.”) And as of this week, she’s partnering with Ulta Beauty for in-store blowout services at its salons nationwide.

“It’s strange to think that it’s coming to an end. It will be hard to say goodbye,” she says of Modern Family. “It will be hard to leave that, but I am excited to do new things. I’m excited to play new roles and to do things that challenge me a little more. Alex is a great character but Alex doesn’t change a ton…. I was a kid as Alex on the show and now I’m an adult as Alex, so it’s a little different than the roles I want to play. I don’t want to play kid to adult. I want to just play my age now.” 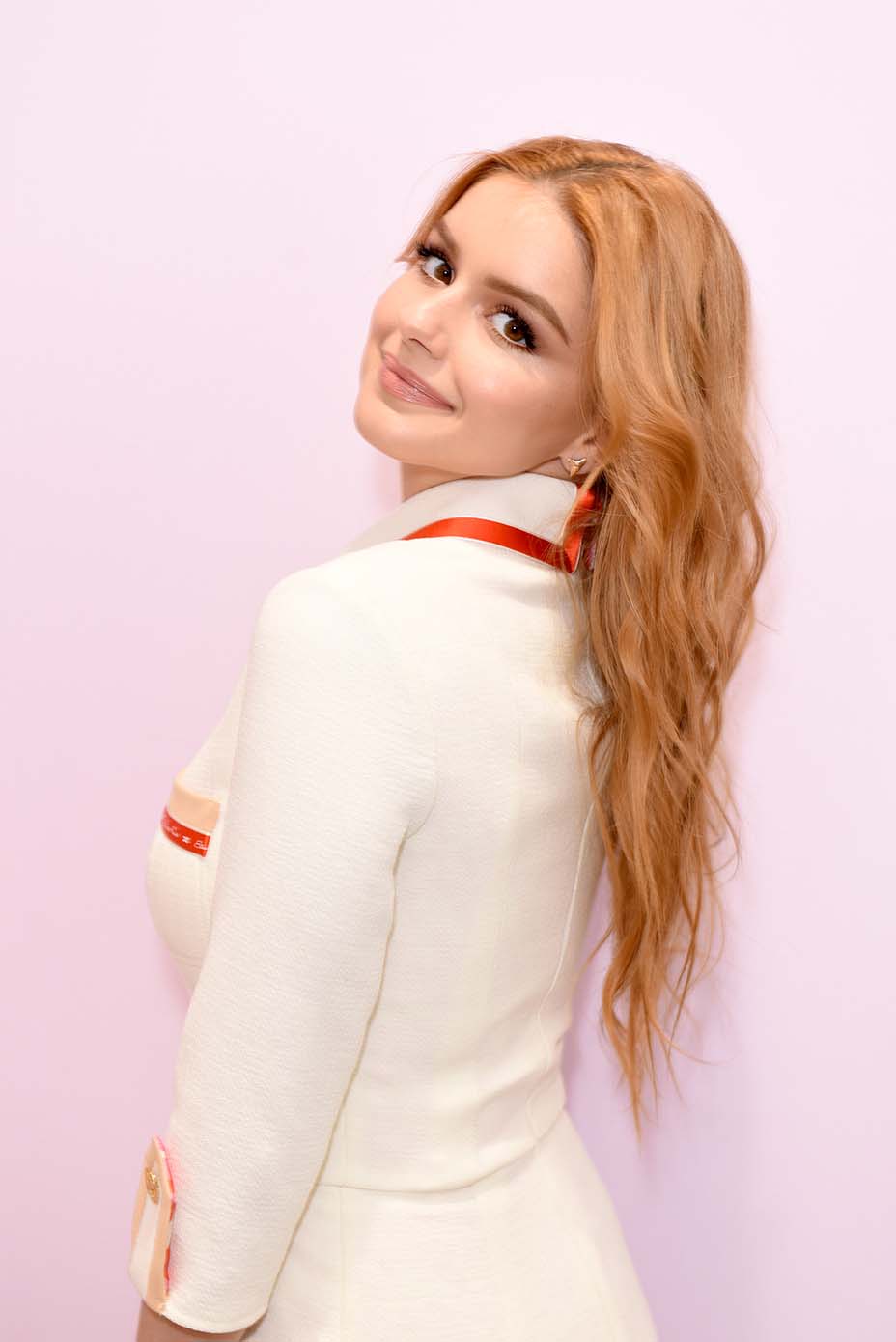 Though acting in one of the top single-camera network comedies has provided her with a stable job and family of cast and crew, it also “thrust” her in the spotlight during her transformative years.

“I’m not really a fame person. That wasn’t why — that’s not why I do what I do. I like to act. I like to work,” she says. Yet she’s become somewhat of a magnet for haters online, who constantly criticize her body and clothing choices using some rather choice words. And unlike Taylor Swift — who, in her own words, became a “national lightning rod for slut-shaming” and later disabled comments on her Instagram account — Winter leaves her comments on most of the time, because she appreciates the positive notes from fans and interacting with her 3.9 million Instagram followers.

“I don’t know what it is about me. I feel like people sometimes think that just because they see us on TV that they’re in our lives and they get to comment in such a harsh way. I think that’s very confusing,” Winter says. “I wanted to try to change the things that they were saying…. Maybe I need to lose weight, maybe I should have my hair this color, and I tried doing all of those things. And it didn’t change anything. Then it was something else to criticize. I learned that people will say what they say regardless…. So really I spent so much time trying to make other people happy that I didn’t make myself happy…. But I try now to ignore the mean comments. I have not had a lot of success with ignoring them recently.” 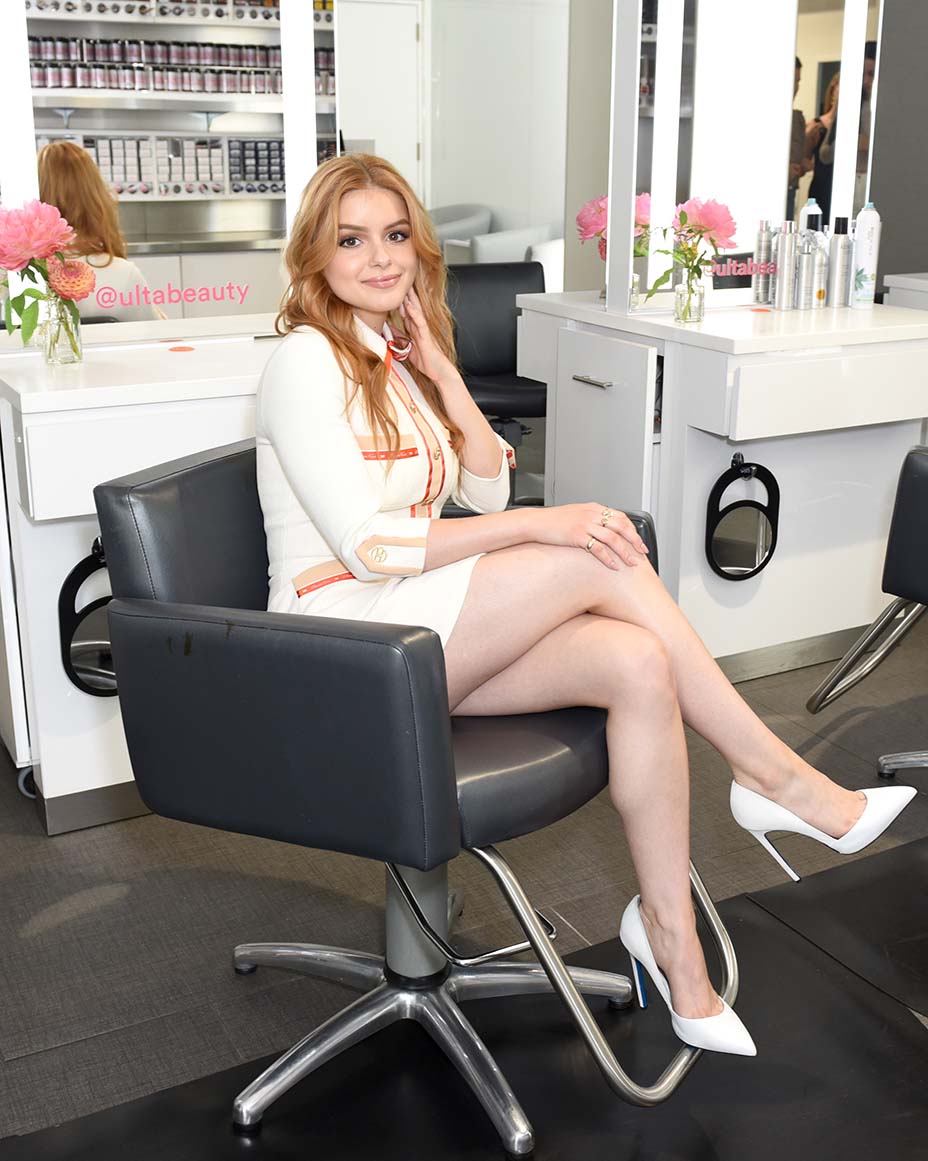 Despite the stringent beauty standards placed upon her, or maybe because of them, Winter is working with Ulta to encourage “self-empowerment” and “self-confidence” through hairstyling.

“It aligns those five looks that people are really wanting to achieve right now,” Lopez tells THR. “Tousled texture and beachy waves are what all my clients are doing. Ashley Graham right now is really loving the sophisticated chic one. We’re doing a lot of the straight looks, simple, chic, clean, super shiny.”

Winter, for one, loves changing her hair and experimenting with her looks. In fact, she debuted her orange Ariel hair from West Hollywood’s Nine Zero One Salon in May, with the caption “part of yourrrrrr worrrrrld.”

“I do love to change up my hair and experiment with different things, and I think that’s what we’re promoting is experiment with whatever you want — your hair, you can do anything, try anything out,” Winter tells THR. As for her Little Mermaid hue, “I just decided to go for it and honestly I’m really happy I did. I really love it. It’s probably my favorite hair color I’ve ever had.”

The actress, who also voices Sofia the First in the popular Disney cartoon series, describes her sense of style as comfort first. “I’m a very chill person when it comes to my outfits,” Winter says. “I’ve worn pajamas to the grocery store. I’m not one of those people that gets up every morning and I need to be in my heels.”

Growing Up 'Modern': Ariel Winter on Family Turmoil, Online Shaming and a New Life in College