As Thanos makes his final move to take over the Marvel Cinematic Universe, the man who created him is going to get a spotlight of his own.

AfterShock Comics is releasing a new edition of the oversized hardcover The Art of Jim Starlin: A Life in Words and Pictures this May. Heat Vision has a preview of what to expect from the career retrospective of comics’ master of cosmic.

“When I started in the comic book business, ‘Art Of’ books were strictly the provenance of the greats, like Rembrandt and da Vinci. But times change and so do attitudes. Now the comic is considered an art form and I hope A Life in Words and Pictures contributes a little to that art form’s history,” Starlin tells Heat Vision about the title, which collects material from his long career along with contemporary commentary from Starlin himself.

“As I come to terms with the drawing part of my career ending, the reissuing of this volume — big enough to knock out a cow with — provides me and readers a chance to look back at a 40-something-year-long stint in comics and see the starling changes in the industry that occurred during this time frame, both technically and artistically,” he adds.

A version of this book was released in 2010 from IDW Publishing, but has been out of print (and wildly expensive) ever since, despite Starlin’s profile rising as his creations Thanos, Gamora and Drax became household names through Marvel Studios’ movies. AfterShock’s new edition arrives in stores May 2, just days before the release of Avengers: Infinity War.

Starlin says that he is more than happy with the new edition of the collection. “I have to thank Joe Pruett for instigating this project and the Herculean effort he put into assembling and designing the book. AfterShock and Joe, as usual, have been simply terrific to work with on this project,” he says. A preview of spreads from the title can be seen below. 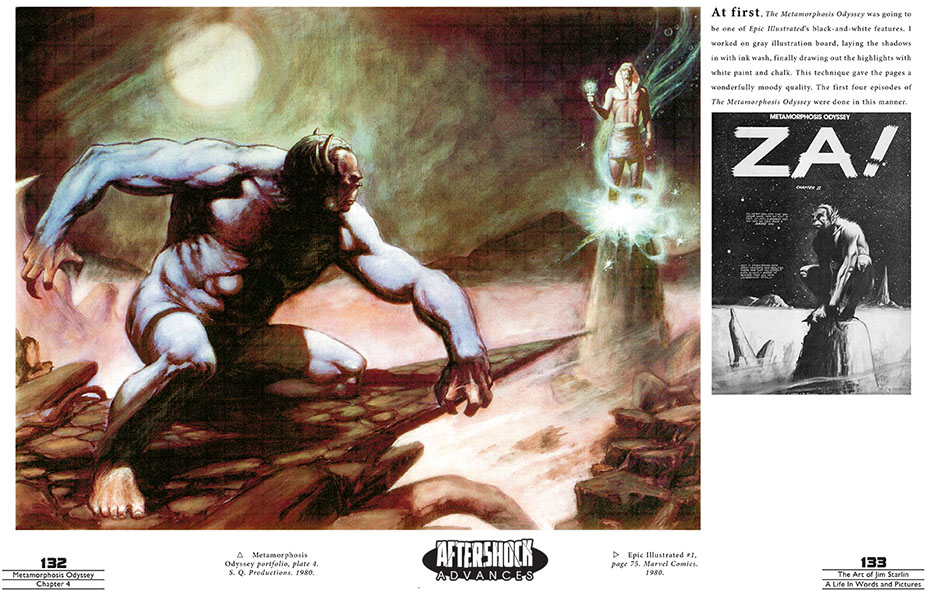 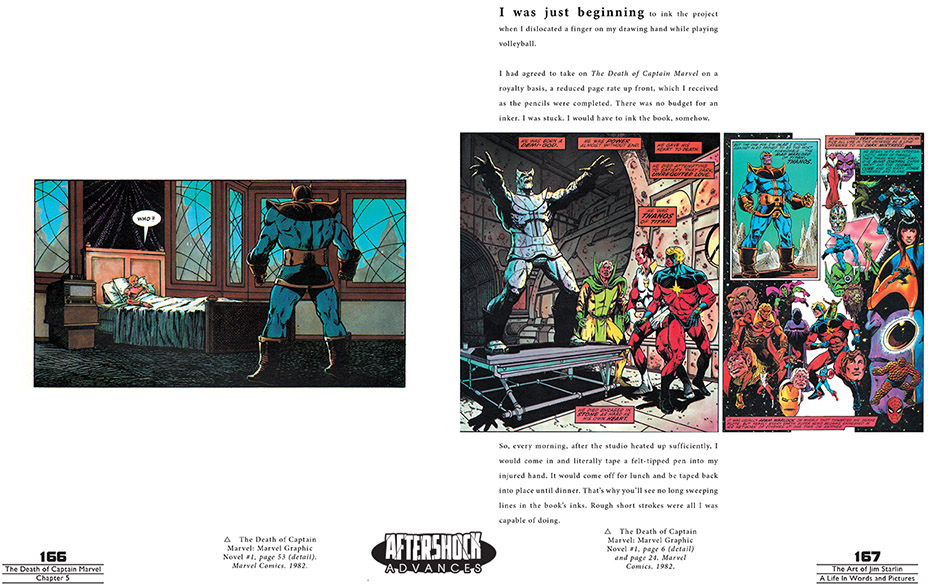 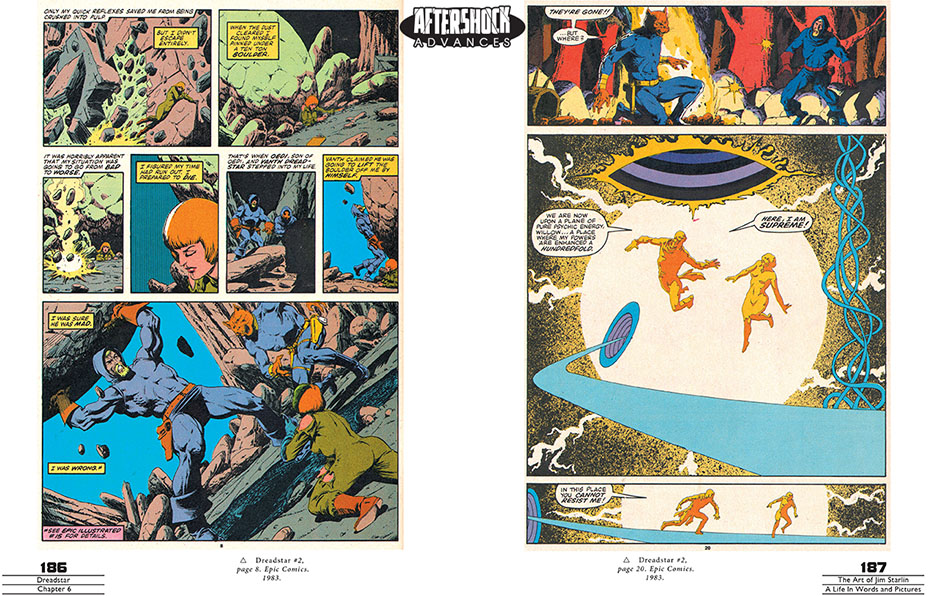 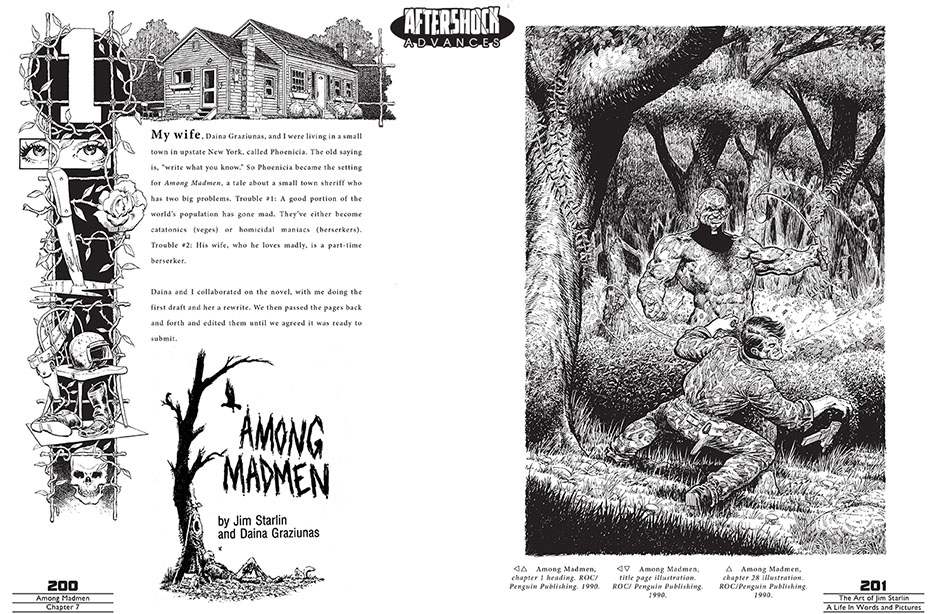 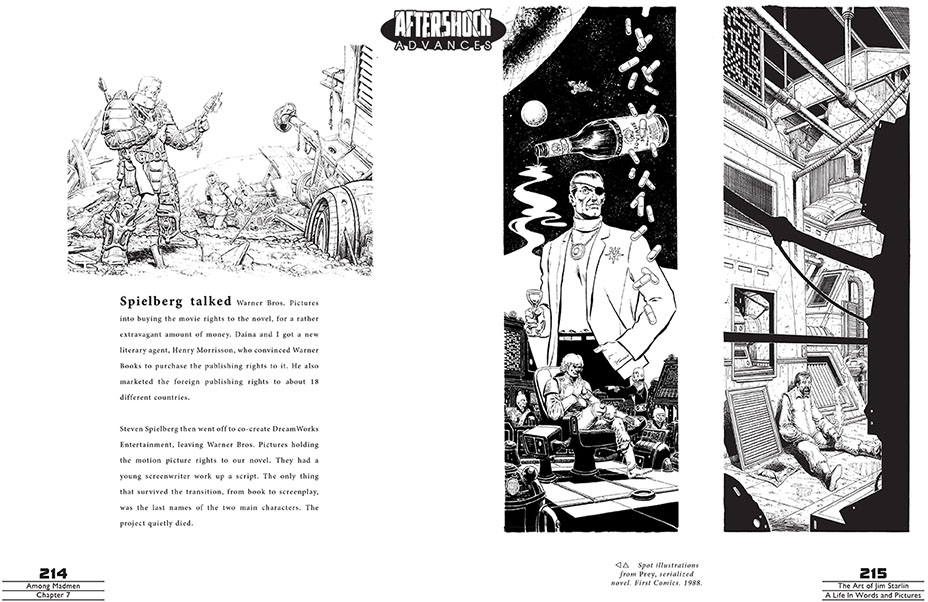 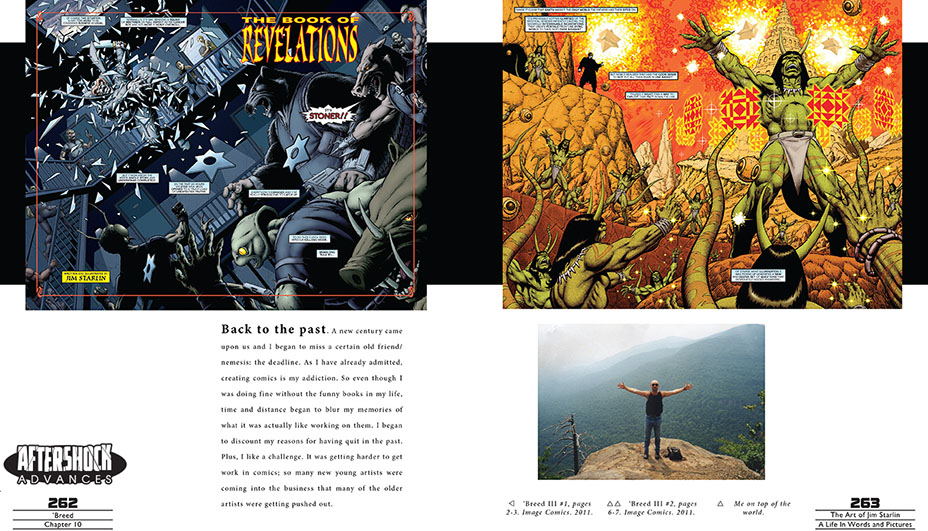