Producer Neal Moritz is known for his contentious negotiation style, but for about 20 years, Universal has managed to tolerate him on the The Fast and the Furious franchise. And it has been mutually beneficial in the extreme, with eight films having grossed more than $5.1 billion worldwide and more to come.

But now, in the wake of a bitter legal dispute over the Hobbs & Shaw spinoff set for an Aug. 1 release, the studio has not only dropped Moritz from that film, but also banished him from any role in future Fast and Furious movies starting with No. 9, which begins shooting in weeks.

Moritz, 59, is pay-or-play, meaning Universal has to compensate him on the Fast and Furious movies even if executives don’t want him involved, so booting him is a costly proposition. The parties still haven’t worked out how much that tab will run, setting the stage for another legal battle. But looking at Universal’s big-picture Fast and Furious plans, maybe severing ties with Moritz won’t be as expensive — financially and in terms of psychic energy — as keeping him around. That is, if the studio can prevail in court.

While Universal is willing to pay Moritz off for the main Fast and Furious movies, it contends in court papers that he has no right to act as producer of Hobbs & Shaw. Moritz is entitled to that role on sequels and reboots but not spinoffs, the studio says. But Moritz counters he had a deal — an oral agreement with Universal president Jimmy Horowitz — to produce Hobbs & Shaw and worked on the picture until he was dropped on the eve of shooting. (Oral agreements are commonplace at Universal.)

Hobbs & Shaw takes the Dwayne Johnson and Jason Statham characters from The Fate of the Furious (aka Fast 8) on a new adventure without the rest of the cast. Though the film’s full title is Fast and Furious Presents: Hobbs & Shaw, a Universal source says the presence of only two characters is not enough to establish that Moritz has any right to be involved. Moritz seeks not only the money he says he is owed as producer, but also millions more in reputational damages.

Moritz claims in court papers that he not only came up with the idea for the spinoff with screenwriter Chris Morgan, but also spent months developing and prepping it. The studio even paid for his production executive, Amanda Lewis, to move her family to London to oversee the filming.

So what happened? A studio insider contends Universal tried, even struggled, in good faith to work out a deal with Moritz but after “a long, torturous history” of fighting him to the courthouse steps on every movie in the franchise, the company got fed up when he became combative on Hobbs & Shaw. Says another source familiar with the franchise’s story: “It’s always hard getting those movies up and running. There are a lot of heavy hitters, a lot of emotion, a lot of people who feel ownership.” Moritz is very exacting on his deals, this person adds, and “has a legal team that likes to get on the phone and send letters.”

A cynic might wonder whether Universal might have taken into consideration what one knowledgeable source describes as the studio’s plans to expand the Fast and Furious universe dramatically. Comcast-owned Universal is hard up for franchises and obviously hopes Hobbs & Shaw will generate sequels. And the studio is exploring other ideas, including a female-fronted Fast and Furious spinoff built around Charlize Theron’s character Cipher from The Fate of the Furious. The question for Universal, says a rep with important talent in the films, is “How do you broaden the franchise? How do you Avengers-ize it?”

In his suit filed in October, Moritz maintains that Horowitz had promised him a $2 million fee and first-dollar gross for Hobbs & Shaw — an arrangement based on Moritz’s deal for Fast and Furious movies eight through 10. According to Moritz’s court filings, the studio could pay him one of two ways for each of those movies: Either give him $2 million upfront plus 6 percent of the gross or pay him a $6.8 million fee plus additional millions from bonuses and a profit-participation pool.

Moritz says Universal, citing the growing budget of Hobbs & Shaw as it moved toward production, asked top talent to participate in a pool that would allow the studio to break even before cutting the various players in on profit. (Few if any nonwriting movie producers get first-dollar gross in today’s world.) Sources say even Johnson, who gets dollar-one gross as a matter of course, agreed to jump into that profit-sharing pool. But a studio insider says Moritz wound up for his usual game of hardball, prompting the studio to drop him.

In court papers, Moritz contends Universal sent his lawyer, Howard Abramson, paperwork with provisions that not only could have cut his compensation, but also allowed the studio to strip him of his title and slash his compensation if he happened to get dumped before shooting began. And in fact on Sept. 7, the Friday before the film started shooting, Universal did exactly that. (Lewis, his exec in London, was abruptly banned from the set.)

At first the fight was only over Hobbs & Shaw. According to a Universal source, the decision to ban Moritz from all Fast and Furious movies came after the producer named Horowitz personally in his lawsuit. It seems clear that this was a legal maneuver intended to prevent Universal from forcing Moritz into arbitration based on his contract. So maybe Universal really took the move as an unforgivable offense or maybe the studio seized an opportunity to rid itself of a combative and expensive partner. Or both. The studio declined to comment.

Moritz says in court papers that he was the only constant throughout the long years of the franchise’s success and takes credit for many things, including the casting of Vin Diesel in the original film. But though Moritz asserts the key players have been “like a family,” a source with knowledge of the situation says Diesel is fine going ahead with more Fast and Furious movies even though the family just got a little smaller.

In his lawsuit, Moritz takes considerable credit for putting together the elements that made Fast and Furious a success in the first place, but he acknowledges that in 1999, Universal brought him a Vibe magazine article about illegal street racing that became the basis for the first movie. It was Scott Stuber, then an executive at Universal and now the head of the Netflix movie division, who assigned the project to Moritz.

Both Moritz and Universal have made out very well in the intervening years. But sources say Stuber has joked that given the billions raked in by the franchise, the smart move would have been to resign and produce the movies himself. Maybe by now, Universal wishes he had done just that. 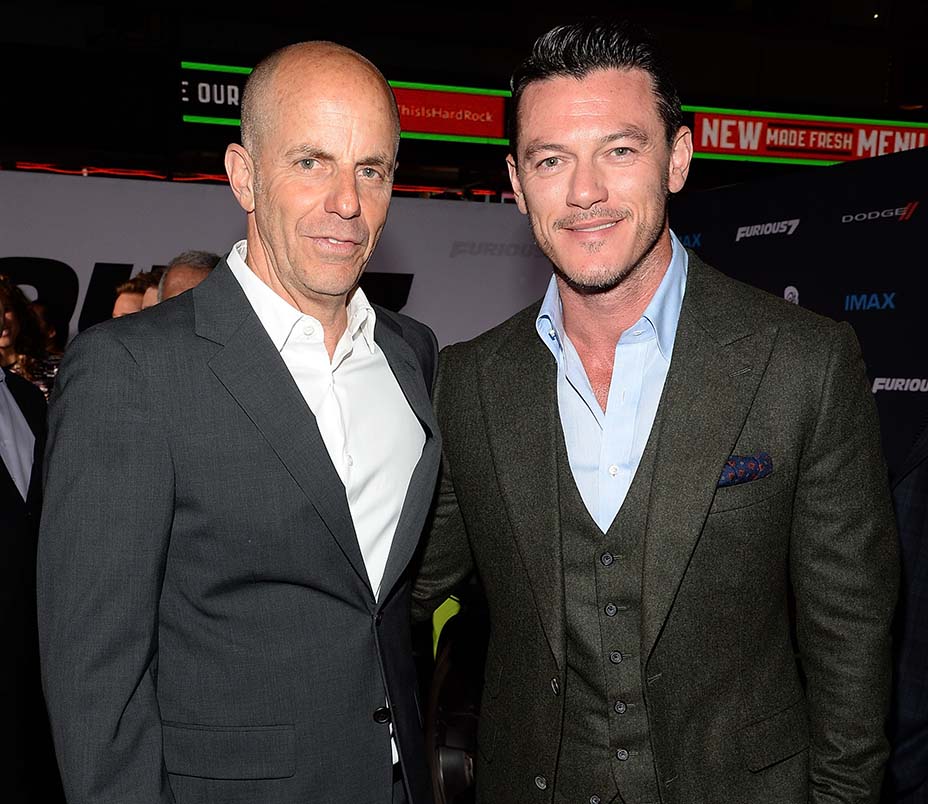 This story appeared in the May 8 issue of The Hollywood Reporter magazine. To receive the magazine, click here to subscribe.