On May 30, Kendrick Sampson’s nonprofit organization, BLD PWR, co-led a rally with the Los Angeles chapter of Black Lives Matter at Pan Pacific Park to protest the death of George Floyd on May 25 as well as 600 black Angelenos at the hands of police since 2012.

Hours later, the Insecure actor broadcast from his Instagram account as police clashed with demonstrators — firing rubber bullets into the crowd that struck him repeatedly — during their march through the Fairfax District. “Most of the organizers that I know have had to sacrifice their art because they have had to liberate their own people and fight for a better world for their children,” Sampson tells The Hollywood Reporter.

The actor was one of many industry professionals — including Ariana Grande, Tessa Thompson and Cole Sprouse — who took to the streets during the last weekend of May as protests that began in Minneapolis swept the country.

Entertainment companies, too, rushed to show their support. Spotify tweeted on the morning of May 30 in support of the black community, and Netflix followed by acknowledging its “duty to our Black members, employees, creators and talent to speak up.” That evening and the next day, similar messages from Disney, Paramount, Warner Bros., Hulu and YouTube, among others, flooded social media. It was a rare show of public support by corporations that typically stay away from political messages at the risk of alienating some customers. By June 1, many Hollywood firms had pledged to participate in Blackout Tuesday by suspending meetings and, in some cases, all business operations for the day.

But most companies were scrambling to put together plans to back up their pledges. Disney leadership put out a joint statement saying that the company planned “to compassionately and constructively talk about these matters openly and honestly as we seek solutions” but offered no specifics. ViacomCBS CEO Bob Bakish, who in an email to staff on May 31 committed to partnering with civil rights nonprofit Color of Change, the NAACP and Black Lives Matter, said that the company was working to plan additional activities and events “to amplify the voices of our audiences, talent and employees, educate the public, and support our communities that are hurting.” Others, like CAA, which on June 1 promoted sports executive Lisa Joseph Metelus to the company’s executive board to address inclusion issues, are still putting together donation plans, while Sony Pictures is assessing their action strategies.

Among those taking specific actions are Endeavor, which in a May 29 memo to staff from CEO Ari Emanuel revealed that its nonprofit arm would donate a combined $250,000 to the NAACP Legal Defense Fund and Color of Change, and J.J. Abrams and Katie McGrath’s Bad Robot, which pledged to give $10 million over five years to groups including Equal Justice Initiative and the Black Futures Lab. YouTube pledged $1 million to the Center for Policing Equity, while A24 tweeted its plans to donate $500,000 to Black Lives Matter and National Bail Out, among other organizations. Other companies, including Participant Media and Gersh, announced employee donation matching programs, whereas Netflix already had a pre-existing employee matching program that they increased to 200 percent. 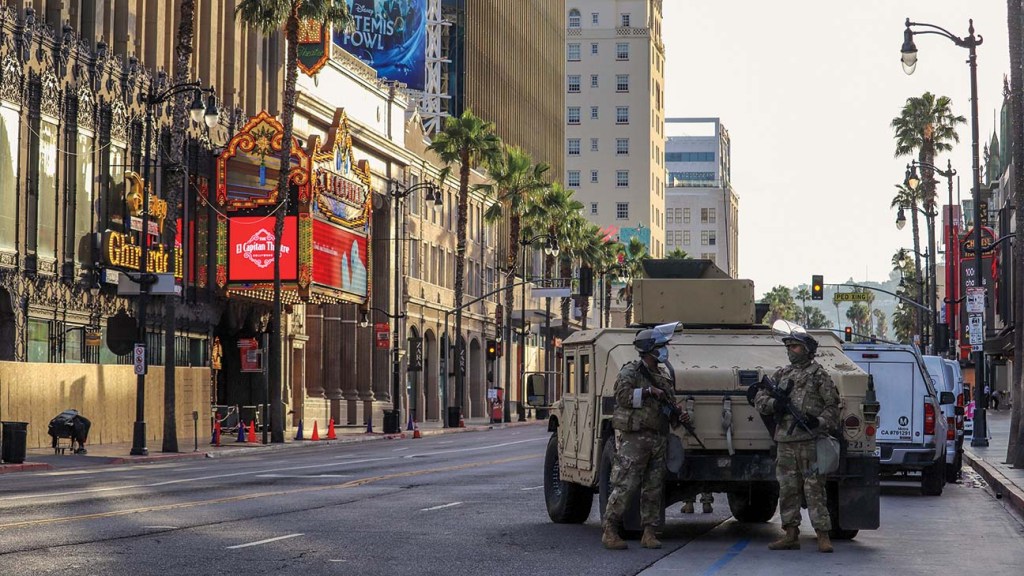 While many black leaders in Hollywood welcome the commitments, they are challenging these companies to go beyond lip service. “We are quite accustomed to seeing liberal individuals align themselves with various movements,” says Dr. Todd Boyd, a professor of critical studies at the USC School of Cinematic Arts. “The next time you see some stereotypical violent, threatening black male in a movie, all of a sudden those nice comments get put in a different context. You can’t have it both ways. You can’t circulate dehumanized images of black men and then when they get killed, ‘This is wrong and we are sorry it happened.’ “

And Hollywood has yet to properly address its record of marginalizing black voices. The Academy of Motion Picture Arts and Sciences has made efforts to diversify following the backlash to the all-white nominations at the 2015 Oscars, but it’s still 84 percent white (down from 92 percent five years ago). And, per UCLA’s 2020 Hollywood Diversity Report, white people hold 91 percent of studio C-suite positions.

Hollywood’s diversity efforts through the years have included educational programs and workshops, and many companies made plans for such programming in response to the latest uprising. ViacomCBS was making arrangements for virtual sessions with thought leaders to provide insights on systemic racism and implicit bias, and WME said it would host a June 4 seminar for employees titled “A Conversation About Allyship and Anti-Racism: Understanding How to Be an Ally and Disrupt Systemic Bigotry.”

Many members of black Hollywood say that should be just the beginning. “There are now inclusion task forces, diversity coaches, human resource experts offering bias training and all of these sidebars, but that’s not going to cut it,” says veteran producer Stephanie Allain. “People who are sitting at the table must be representative of the folks who are buying tickets.”

To stand in support of Black Lives Matters, Cheryl L. Bedford, founder of the grassroots social action organization Women of Color Unite, notes that entertainment companies need to address the infrastructure in Hollywood that has kept many people of color from accessing the same opportunities as their white counterparts. “If Black Lives Matter, that means our living wage matters, that getting hired matters, that distribution and funding matters.”

The spotlight on the black community has the potential to push more companies to take action, says Channing Dungey, who as vp original content at Netflix works with black showrunners including Kenya Barris and Shonda Rhimes. “Now we will be in a place where there will be more momentum, more support and where our allies across the company and around the world are going to be more united in bringing forth the kinds of stories that really allow for full representation and full inclusivity,” says Dungey.

Sampson, meanwhile, is asking for Hollywood execs to be conscious of the work environments they create for their black talent. “If Hollywood really wants to honor black creatives, think about the trauma we face seeing officers when we come to set or events, after the things we experience every day. Why don’t we have private security on our sets?” asks Sampson. “This is compounded trauma, and this is the experience that a lot of black folks in this industry have and come into the room with and come into their creativity with.”

It’s powerful individuals, not just Hollywood corporations, who also can enact change. Allain says action should be taken at a community level: “Every white executive needs to call the private schools where their children are enrolled today and demand they have black and African American studies and a fully inclusive curriculum.” And on the national stage: “Now is the time to get together in groups and plot, strategize, organize and mobilize to vote in representatives who believe in overhauling the system so we can extinguish systemic racism,” she says. “It will take work, but it’s what we have to do.” 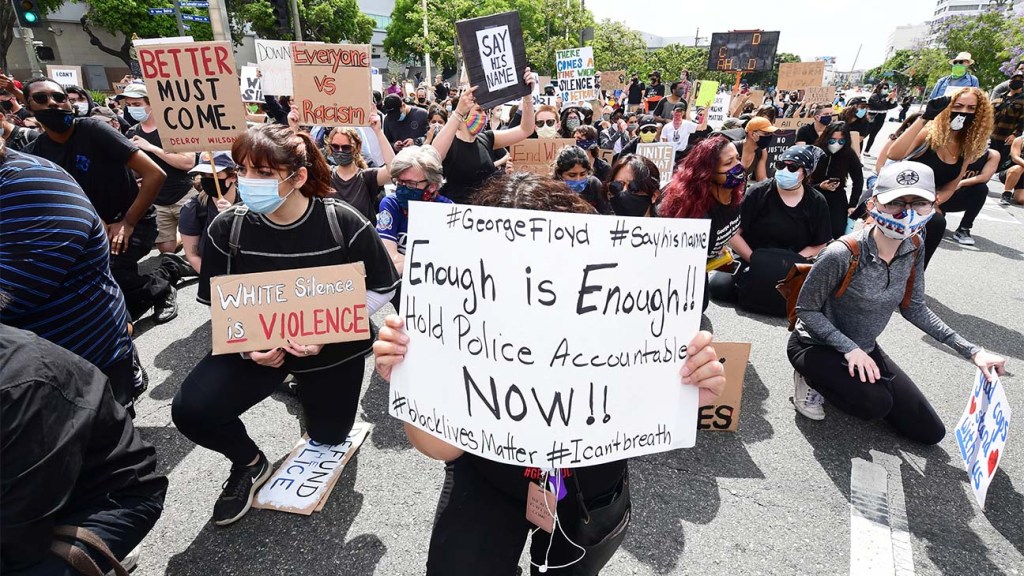 Chris Gardner and Lesley Goldberg contributed to this report.

A version of this story appears in the June 3 issue of The Hollywood Reporter magazine. Click here to subscribe.

Stephanie Allain on How Hollywood Can Fight Racism: "If You Do Nothing, You're Not Part of the Solution"