At just 17, Asante Blackk became this year’s youngest Emmy nominee and the ninth youngest ever for his performance as 14-year-old Kevin Richardson on Ava DuVernay’s When They See Us. But Blackk first auditioned for another role: Korey Wise, played by fellow first-time nominee Jharrel Jerome.

“The entire time I’m auditioning for Korey,” Blackk tells THR. “At that time, they were thinking it would be like everyone else, an actor playing younger and [another playing the character] older.” When DuVernay’s team alerted Blackk that she wanted to see him audition for Richardson, Blackk admits, “I was super confused. But I knew I had to put everything I’ve got on this tape.” (Jerome ultimately played Wise as a teen and an adult — the only actor among the series’ five core characters to do so.)

After DuVernay told Blackk that he’d landed the role (his acting debut), he was able to meet with Richardson, who advised him to simply “tell the truth” in his portrayal. Says Blackk: “He said, ‘Try to capture the innocence as best as you can — really show how fragile we were and how the case was set up against us from the start.’ “ 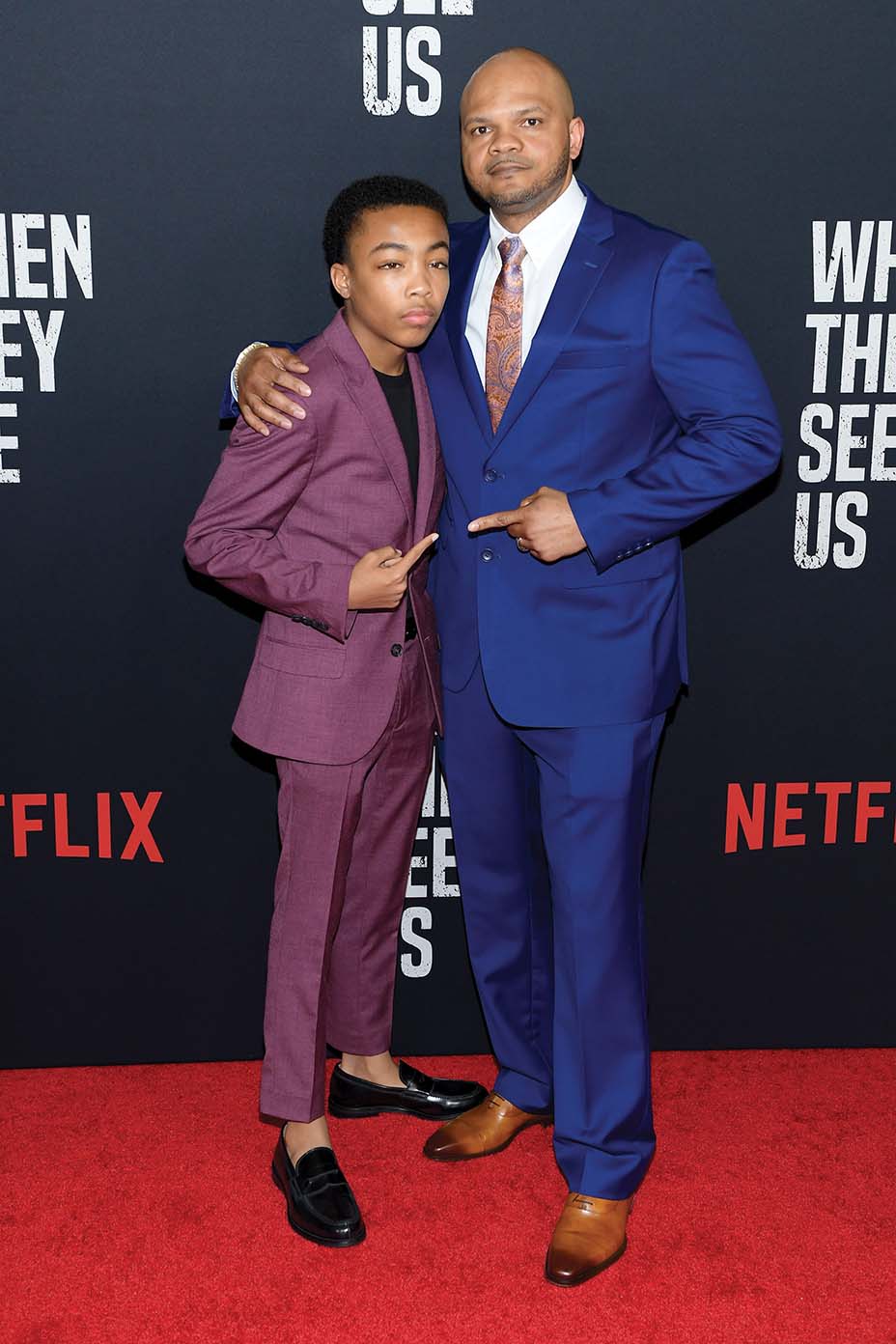 The second season of HBO’s hitman drama saw Goldberg’s Sally Reed continue to be a polarizing character. “They didn’t want to write some sweet girl next door, and I didn’t want to play that,” she says. “The beauty of season two is being able to explain the complexities.”

In the final season, Christie displayed both Brienne of Tarth’s toughness and vulnerability as she joined the knighthood. “Brienne has decided to stop serving other people,” says Christie, who self-submitted for her Emmy nomination. “She’s starting to be in control.”

The veteran supporting actor portrayed real-life politician Boris Shcherbina in HBO’s five-part miniseries, which chronicles the 1986 nuclear reactor explosion, the biggest nuclear accident in history. The show earned 19 total nominations, the most for any limited series.

On the BBC One/Amazon limited series, the British actor stars as Norman Scott, the secret lover of Jeremy Thorpe (Hugh Grant), who tries to have him murdered. Whishaw already has won a Golden Globe and a BAFTA for his work on the three-part miniseries.

This story first appeared in the Aug. 12 issue of The Hollywood Reporter magazine. To receive the magazine, click here to subscribe.