For actress Ashley Blaine Featherson, her school days at Howard University were more than a mere quest for higher education. In retrospect, they would also serve as prep for her role as Joelle on Justin Simien’s Dear White People.

Now she’s tackling yet another venture: blending her acting career with the beauty industry and launching a capsule line entitled ABF x Mented Bronze and Glow collection, which officially debuts alongside the season three premiere of the Netflix series on Aug. 2.

“I have always had a passion for beauty and wanted to make more of a presence in the industry,” Featherson said while celebrating during a cocktail hour at Beauty and Essex in Los Angeles on Tuesday.

Moments earlier, Featherson’s castmate Logan Browning (who plays Samantha and was joined at the party by actresses Amber Riley, Antoinette Robertson and Ryan Destiny) affirmed that exact sentiment to The Hollywood Reporter, saying, “Ashley is all things, beauty, passion, connection and friendship.”

Featherson’s passions for film and beauty fused with a strong connection to Mented owners KJ Miller and Amanda E. Johnson (whom she went to school with) resulted in two Bronze & Highlight Duo Compacts ($28 each) and two lip glosses ($15 each). 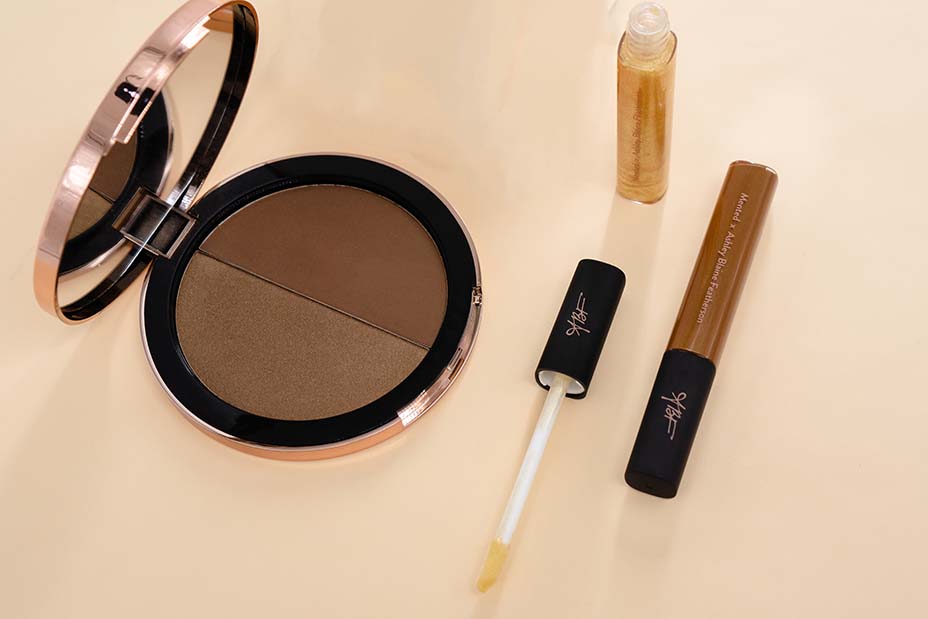 “We really wanted it to coincide with me being an actor and my lifestyle in Hollywood,” Featherson said. “We have names like Season One, Season Two, Star Studded and Bombshell.”

The brand, which is geared toward deeper skin tones, also took Featherson’s rich complexion into consideration.

“Ashley is a really great friend of mine,” Riley told THR. “I own some Mented Cosmetics products. It’s black-owned, and I’m always down to support her and black businesses.”

Featherson also gave THR some of her top beauty secrets for actors. “I get facials once a month and sometimes peels, which I love,” she said. “Chemical peels are great if you get it done by the right dermatologist. I go to Beverly Hills Dermatology. I trust all the dermatologists there, and they take insurance. That’s a big thing I want to talk about, especially for actors. If you have insurance, utilize your insurance. My cosmetology visits are covered, and that’s a blessing.”

While most conversations during the fete were focused on being camera-ready, the actresses also spoke about their excitement for season three. “This season is a bit of a departure from the familiar,” Logan hinted. “All of the characters are growing a lot.”

One in particular is Joelle. “There’s a scene that gets really real,” Featherson said. “We see Joelle in conflict with Marque Richardson, who plays Reggie. I think black women will really appreciate it, because I think this is the epitome of the voice of a black woman.”

When it comes to the wardrobe for the show, both Featherson and Browning lauded their mononym costume designer Ceci, who has lent her skills to sets including A Different World, Living Single, Sister Sister and more.

While Featherson occasionally adds in her own jewelry by Melody Ehsani, she’s committed to being a canvas. “I’ve never liked bringing pieces from my closet to set, because honestly our costume designer is fantastic,” she said. “You can’t ignore the fashion on the show. You just can’t ignore it. It’s so specific. Joelle, for example, does not dress like anybody else on the show, and I love that. Every time I go in for a fitting, I’m just excited to see what I’ll wear.”

She went on: “What I love about Ceci is that she’s not just a stylist, she’s a designer. A lot of times she makes things that I wear. She will stay up late at night and add colors or spray-paint things or add jewels or whatever it may be.” 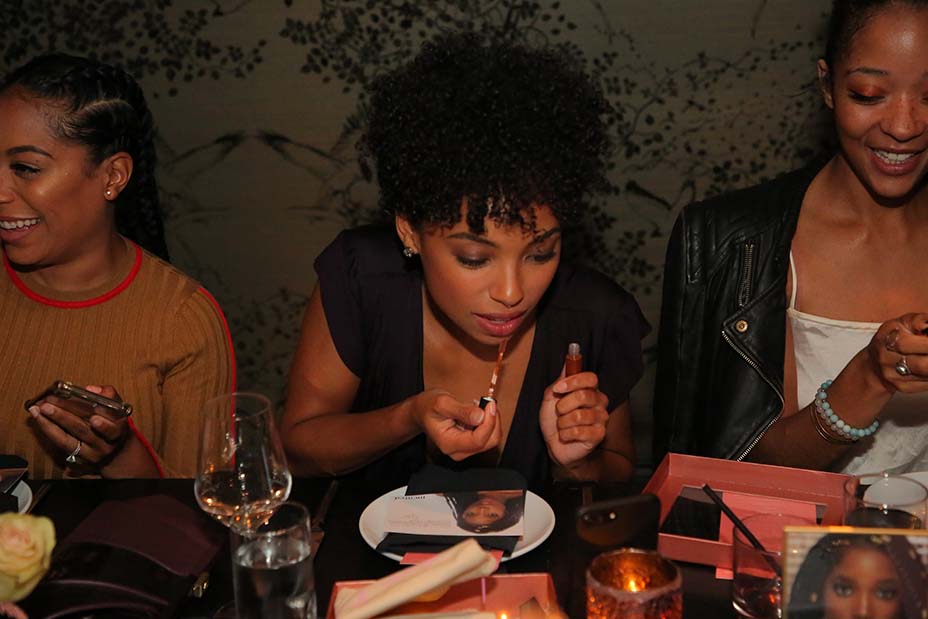 “Sometimes when people watch the show, they’re like, ‘Oh, these kids must be so rich to afford these clothes.’ And you know, my jeans will be from Goodwill, because she thrifts,” said Browning. “I find that really inspiring, because then I go into my life and I’m like, ‘Wait, I need to go be a better shopper.’ She taught me some tricks. You have to go in knowing exactly what you want, and you go look for those things. You can’t go in just hoping to find something.”

As the sun began to set, the group of women made their way upstairs for dinner. But before passing around plates of yellowtail sashimi, filet mignon and BBQ fries, Featherson thanked the crowd and gave them an impromptu in-depth tutorial on how to use the duos for a “for a full-on beat down.” 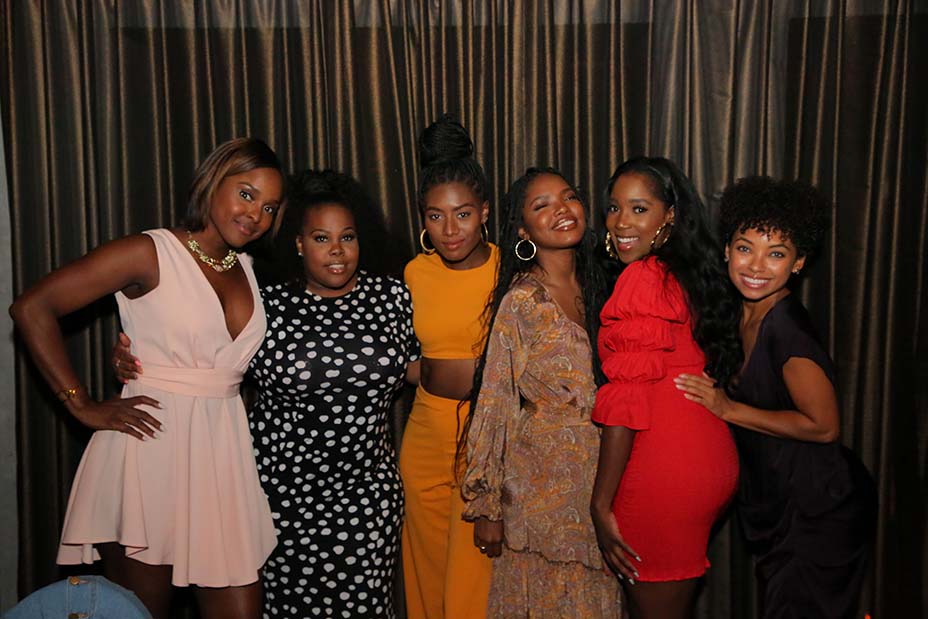