Ashley Graham has much to celebrate this year. From being named one of Sports Illustrated‘s 2016 rookies to starring in a DNCE music video, the curvy model has been a force to be reckoned with in the fashion industry (and beyond). And she’s showing no signs of slowing down; on Monday night, she’s set to be honored with Glamour‘s Woman of the Year Award for her work as a body activist.

That’s not all: The supermodel also is getting a Barbie made after her. As part of Mattel’s effort to be more diverse and inclusive, the El Segundo, Calif.-based company is creating a Barbie based on the model’s likeness that’s all about advocating for women of all sizes to be represented in the industry. Zendaya and Ava DuVernay are among the women in Hollywood to receive their own Barbies this past year.

“I never imagined that I would have my own Barbie,” Graham told The Hollywood Reporter via phone a few hours before the unveiling of her doll.

However, she might have predicted her fortune without knowing it when she told Access Hollywood earlier this year that she was thrilled about the new body-positivity Barbie. Turns out, the folks at Mattel saw that interview.

“They told me that was one of the reasons they wanted to make [the doll],” Graham explained. “It’s just another one of those things where your words have power, and be careful what you ask for because you’ll get it.”

When it came time to collaborate with Mattel, Graham imagined she’d have to “go through this vortex or body scanner and then poof, this immortalized plastic version of me would pop out.”

But that’s not what happened. 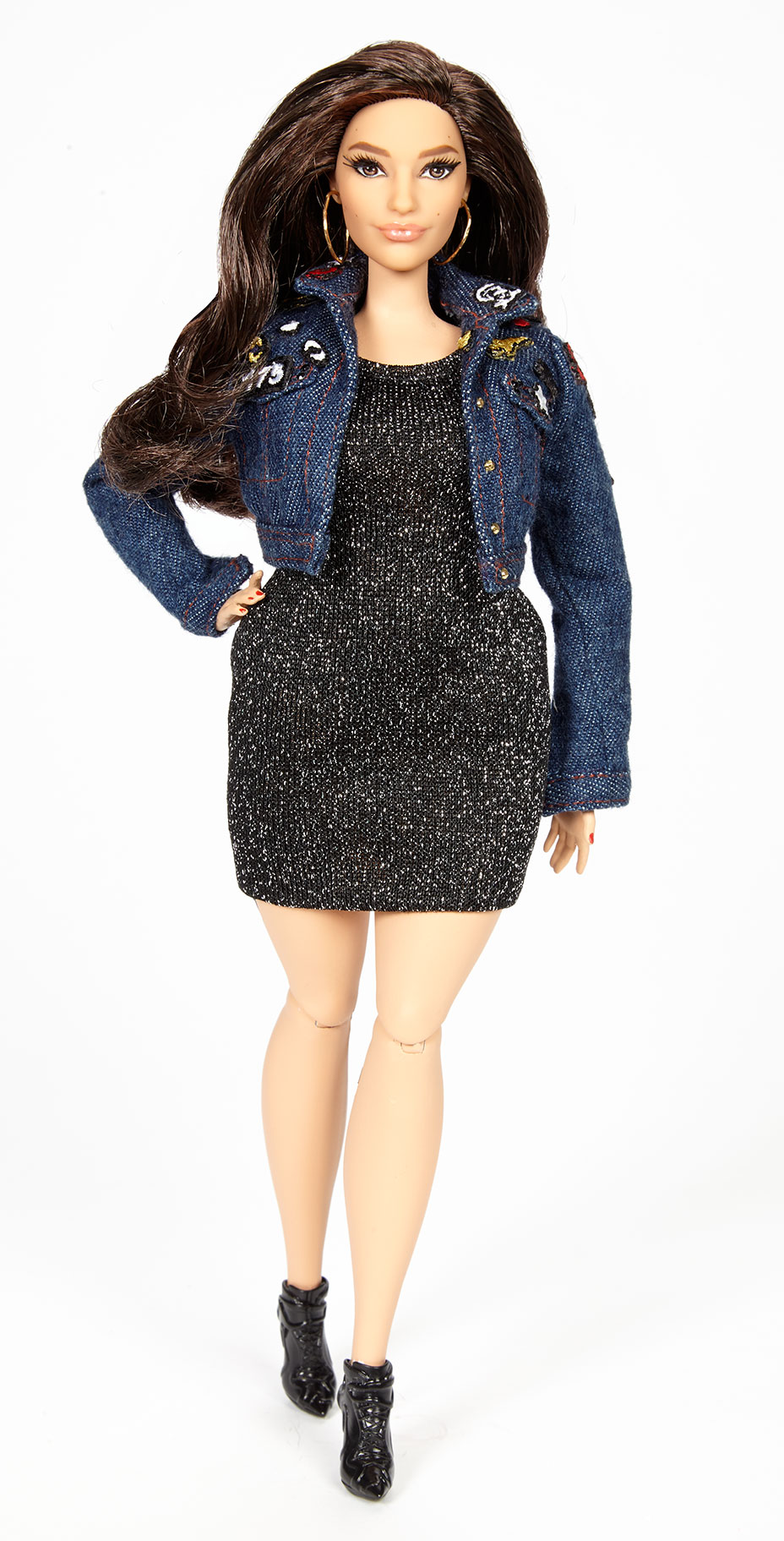 Instead, Mattel asked Graham what she wanted her Barbie to wear, and she zeroed in on a sparkly Opening Ceremony bodycon dress, a Sonia Rykiel cropped jean jacket decorated in patches and spiky Pierre Hardy boots — an outfit she’d actually worn herself in the past.

Graham also had another request for her doll: no thigh gap.

“She had to have her thighs touch. No ands, ifs or buts about it. And I asked for cellulite but obviously plastic and cellulite don’t go hand in hand,” she shared. “It was important that the Barbie resembled me as much as possible. The thighs touching was one way to show young girls that it’s OK for your thighs to touch, despite society saying that a ‘thigh gap’ is more beautiful.”

Beyonce and Jay Z Win Halloween as Barbie and Ken

Graham, who remembers playing with her aunt’s vintage Barbies as a kid, hopes that little girls who see her doll will realize “now every girl does look like Barbie. It’s not an unattainable thing.” Now, they can say, “That’s my Barbie. I look like that one.”

The 29-year-old noted if she had played with Barbies that looked more like her growing up, she would have felt more accepting of her body. “Would I have looked at my body differently if I were playing with Barbies that looked like me? Would I have accepted my thighs and my round arms and my round stomach a little bit more? Probably,” she said. “I think it’s absolutely incredible that an iconic image in the fashion world, like Barbie, is keeping up with the times and following along with body diversity in such a big way.”

Graham will be honored alongside Gwen Stefani, Simone Biles, Zendaya and the founders of the #BlackLivesMatter movement Patrisse Cullors, Alicia Garza and Opal Tometi, at the Glamour Women of the Year Awards in Los Angeles.

Christian Siriano's Is Most Inclusive Runway of the Season