Model Ashley Graham is set to make a bigger splash in the television industry.

Graham, who made history as the first plus-sized cover star of Sports Illustrated‘s swimsuit issue in 2016, has signed on to host and executive produce season two of American Beauty Star. Herrick Entertainment’s beauty competition series will again feature Hollywood makeup artist Sir John (clients include Beyonce and Naomi Campbell) as a mentor on the show.

Season two, set to debut in 2019, will have 13 episodes and a live finale to crown one of the 14 contestants as the American Beauty Star. The participants — international hair and makeup artists, including Hollywood stylists — compete in challenges to create stunning red-carpet and runway looks. Production will begin next month.

“Ashley embodies modern beauty that is not only inspiring but empowering,” McCarthy said Wednesday in a statement. “We know the Lifetime audience will really connect with her and couldn’t be more thrilled to have Ashley as part of the family.”

In addition to starring in DNCE’s “Toothbrush” and Maroon 5’s “Girls Like You” music videos, Graham has made appearances on several TV shows including Extra, Entertainment Tonight and The Talk (as a co-hostess). She created The Ashley Graham Project on Verizon’s go90 in 2017, and judged America’s Next Top Model starting in 2016.

The body-positive role model, whose face has graced the covers of Vogue, Elle and Harper’s Bazaar, released several collections with Swimsuits for All and published her 2017 memoir A New Model: What Confidence, Beauty & Power Really Look Like.

In her book, Graham opened up about why she’s achieved success in modeling despite rigid beauty standards: “For plus-size girls — the flat stomach is key. Because I had a flat stomach, a lot of people wanted me for lingerie and swimwear shoots. And because my face is approachable, I appear racially ambiguous, my body is proportionate, and I can fit into sample sizes, which for the plus-size industry are 12, 14 and 16.”

Still, Graham has faced her own share of difficulties breaking into a size 0 industry, revealing that she “couldn’t get a designer to dress me” for the 2016 Met Gala. 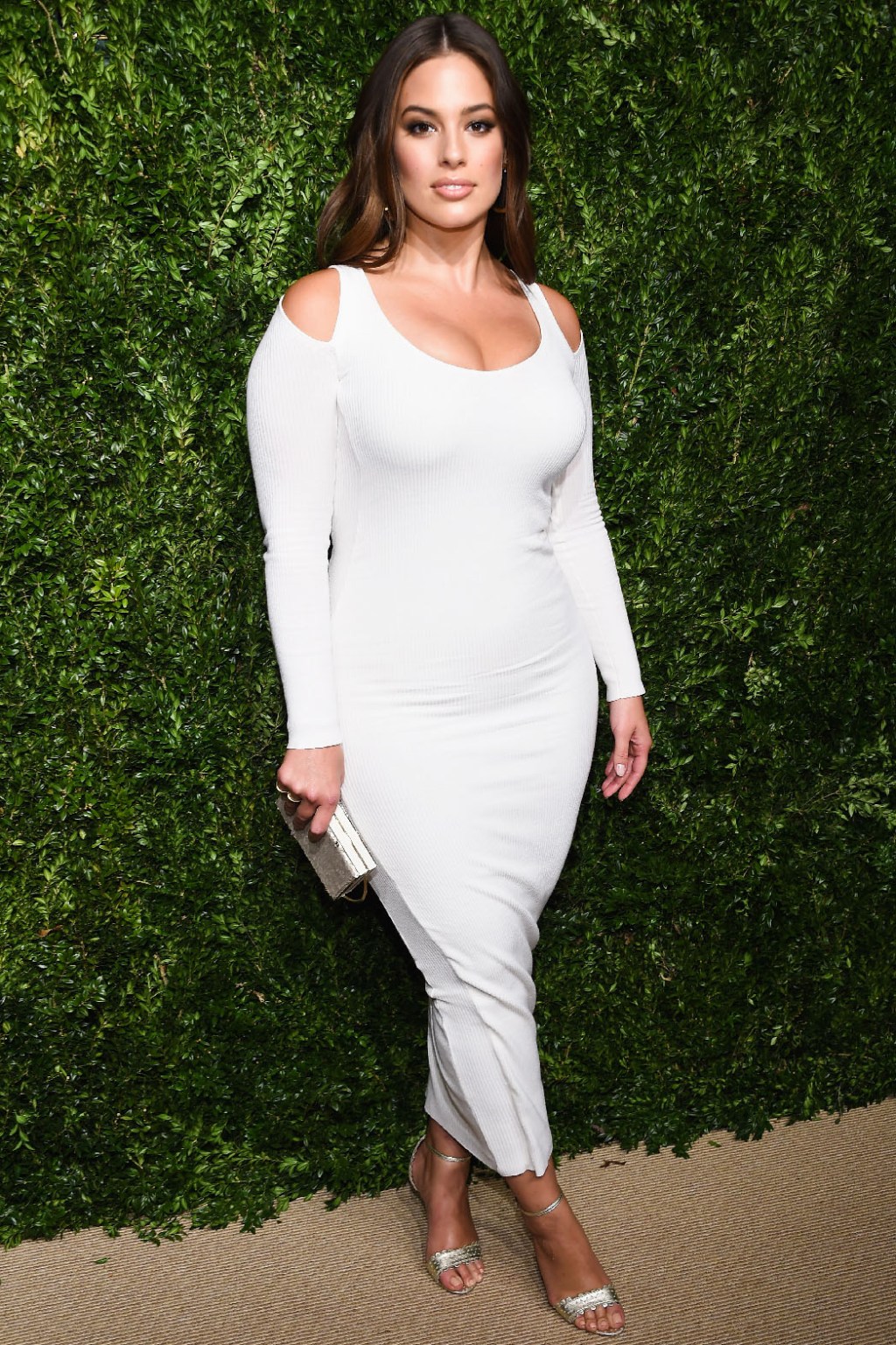