Ashley Graham made a sexy splash when she arrived at the 2017 Met Gala in a H&M couture gown featuring a fiery red and burgundy train of florals and a va-va-voom cream bustier. Even Rihanna told her she looked “hot as fuck.”

So it’s a wonder as to why she didn’t attend the year before, for 2016’s technology-themed gala. However, in her cover story for New York mag’s fall fashion issue, the supermodel reveals that the reason behind her absence was because she had nothing to wear — fashion houses simply refused to outfit her for the event.

“I couldn’t get a designer to dress me,” she says. “You can’t just show up in jeans and a T-shirt.” 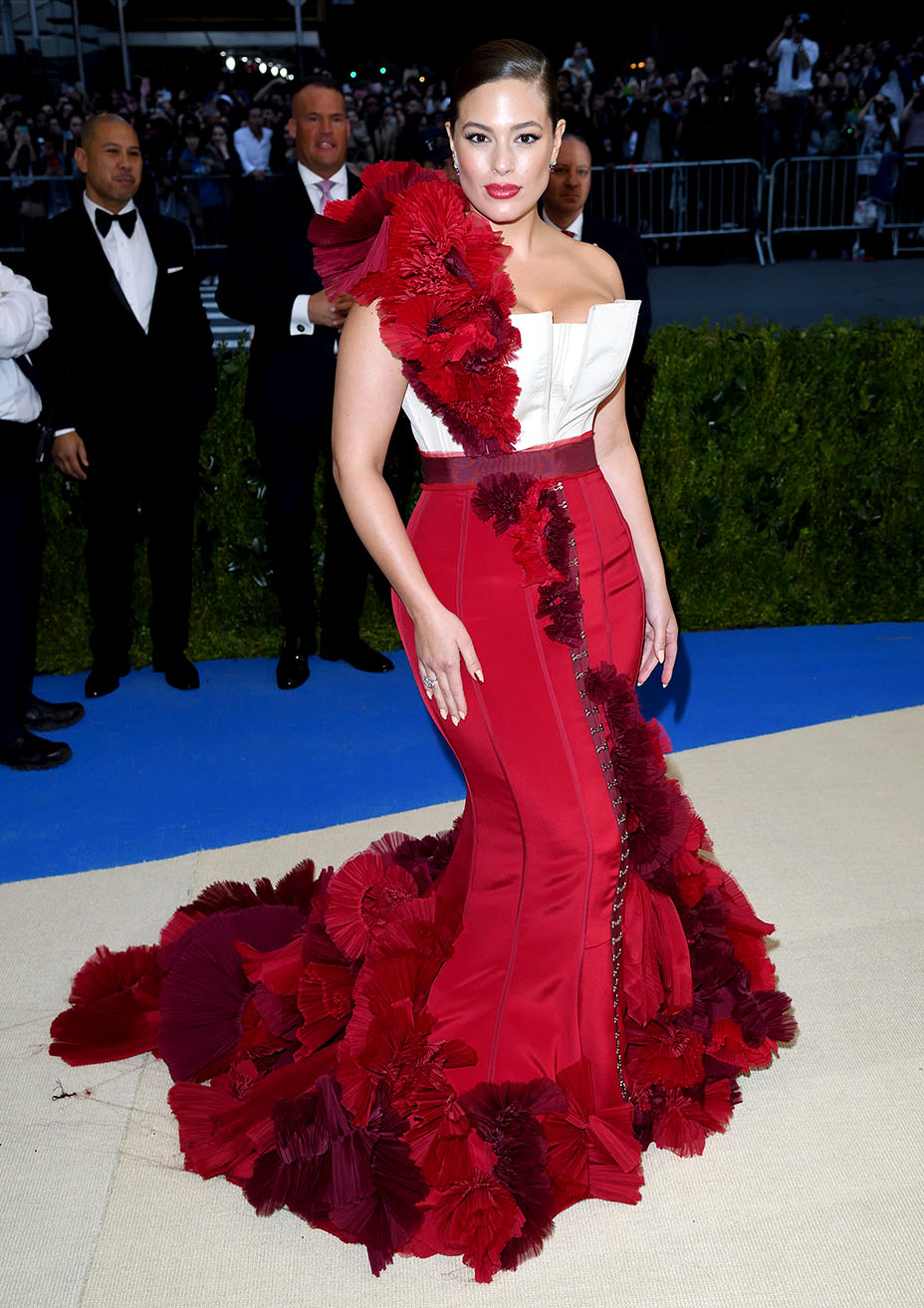 Since that time, Graham has certainly had plenty of designers clamoring to dress her. With the help of her stylist, Jeff Kim, the 29-year-old consistently wears labels like Roberto Cavalli, Jonathan Simkhai and Badgley Mischka. She adds that now, most of the red-carpet looks are borrowed, even though designers know full well that Kim will “aggressively tear off sleeves, lower bust lines, and add slits to better suit her body.”

Graham, who was photographed for the cover by Maurizio Cattelan and Pierpalo Ferrari in a Dolce & Gabbana leopard print ensemble from the fall 1991 collection, also acknowledged the issues that come with being the face of the curvy movement, as well as her efforts to bring her fellow curve models (she hates the word “plus,” as it conveys a sense of otherness, or being not “normal”) up alongside her, especially those of color. “I know I’m on this pedestal because of white privilege,” she says.

“To not see black or Latina women as famous in my industry is crazy!” she adds, name-dropping Marquita Pring and Precious Lee. “I have to talk about it. I want to give those women kudos because they are the ones who paved the way for me.”