Continue to The Hollywood Reporter SKIP AD
You will be redirected back to your article in seconds
Skip to main content
August 10, 2017 10:00am

If any comedy stands to challenge Veep‘s Emmy dominance, it’s creator Donald Glover’s existential take on Atlanta’s hip-hop scene. It won the comedy Golden Globe as well as the comedy actor trophy for Glover last January, and made HBO’s political satire look like less of a sure thing than it has in six years. Director and executive producer Hiro Murai spoke with THR about the unexpected hit.

I still can’t believe we got away with …

I’m surprised we got away with the entire show. We were expecting it to not last past a season, just because everything we were doing felt like it was so much for us and not anybody else. I’m surprised there was no pushback and that it actually got on air. And this is a small thing, but a big part of it is the language in the show. It’s about trap rappers in Atlanta, and there’s a lot of music in it with explicit language. Obviously it was all in the script, but we never explicitly talked about what was airable and what wasn’t. We just approached it, like, “If they’re not telling us not to say it, then we can say it.” (Laughs.) But throughout the whole production process, we kept looking around, like, “Are they really going to air all this language?” That was a big surprise. FX made a very bold decision to let us air everything because that was the authentic language of the world we were making.

The biggest misconception about Atlanta is …

I don’t know if this is a misconception, but I think people would be surprised to know how fast the show is put together. We’re shooting four-day episodes, so production really flies. The process is a lot more condensed than people assume it is. 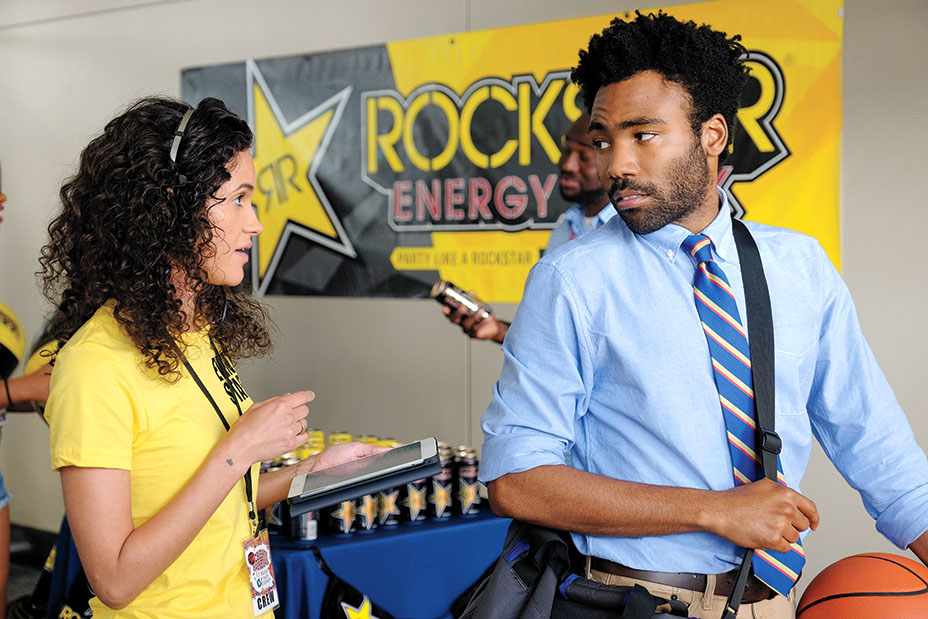 When do you start shooting next season?

Pretty soon. I’m headed to Atlanta in maybe a month. Scripts are in. … It’s not all there yet, but we got a good chunk to get started on.

Though Glover directed two episodes, you directed the vast majority of season one. How did you decide to split them up the way you did?

He always wanted me to do a good chunk. We wanted to solidify a voice for the show when we’re developing something so specific, tonally. Especially season one, we just wanted to split it between him and me. And obviously he’s writing and acting in the show, so we could only get him to direct two episodes without making him go insane. And we’ll probably end up doing something similar this season, but we’re still working it out.

The person on Atlanta who has the most difficult job is …

I would say the music supervisor, mostly because of clearance. A lot of the music we’re using was on a mixtape 15 years ago, and sometimes the samples weren’t even clear back when the mixtape came out. So there were situations where our music supervisor, who lives in L.A., had to track down some rapper from 10 years ago and clear up all the legal cobwebs to get those songs on our show.

Was there a scene that caused the most discussion on set?

There was never too much arguing because we were really trying to find the show as we went along, and generally everybody on our show is affable, and there’s no huge ego on set. The spirit of the show was so experimental. But one thing we talked about a lot was the black Justin Bieber episode, just because that concept raised so many questions, and we constantly were talking about what he sounded like and how he would talk. Does he actually sound like Bieber or does he just sound like some neighborhood kid? That’s one thing we went back and forth on a lot.

Atlanta is the Emmys’ biggest wild card. Coming off its Globes success, an unreliable barometer where TV Academy voters are concerned, Glover’s opus is the only new entry in the comedy race. He has been making friends in TV since breaking out as a writer and recurring extra on 30 Rock, but what remains to be seen is whether enough voters have watched his show or just know they’re supposed to. That’s a problem shared by Atlanta‘s clearest peer, Louie, which got its Emmy love in the form of writing wins, a category where Atlanta has two noms. — Michael O’Connell