In the current climate of rancor and divisiveness, it seems everything has become a hot-button topic. Case in point: the lightweight, matte-black electric scooters by Los Angeles-based startup Bird Rides Inc. that are populating — or infesting, depending on your view — much of the city.

Outside the Sony lot in Culver City, and the Fox lot and CAA and ICM offices in Century City, scooters by Bird and rival company Lime litter the sidewalks, left by a growing contingent of mostly millennial employees opting to “Bird” their way to work. Earlier this month, Bird announced not only that it had closed on a $418 million round of financing — both companies have billion-dollar valuations — but that Ashton Kutcher’s tech fund, Sound Ventures, had taken a sizable stake, adding Hollywood firepower to the brand. Recently, Uber was part of Lime’s $335 million round of financing with its e-scooters to be included on Uber’s app. A Bird spokesperson says the company can’t keep up with all the product placement requests pouring in from producers and filmmakers.

But many feel the sidewalk-cluttering scooters — with more and more turning up in West Hollywood, the Miracle Mile and downtown L.A. as they migrate eastward from the year-old company’s base in Santa Monica — are for the birds. In theory, the scooters fulfill a number of progressive desires: They help reduce traffic, they’re environmentally sound and they’re inexpensive. What’s not to love? “I hate them,” says talent manager David Steinberg. “Giving a motorized scooter to a kid is a moronic thing to do. It’s like giving somebody in West Virginia a gun.” Warner Bros. PR exec Candice McDonough recalls one unpleasant encounter. “Some guy almost clipped my stroller with my 6-month-old in it,” she says. “Living in the hills, you have to dodge coyotes. On the Westside, it’s Birds.”

For the uninitiated, the scooters work like this: Riders have to be at least 18, wear a helmet (it’s BYOH, which few do) and avoid riding on the sidewalk. To rent one, Bird and Lime users download an app and pay $1, plus 15 cents a minute for the duration of the ride. Once finished, the user can leave the scooter on the sidewalk; it can’t be reactivated without the app. At night, Bird employs a contract workforce known as “Bird hunters” who collect and charge the scooters, mainly teens and young adults who are paid up to $20 a scooter.

The lack of docking stations and overall consideration has annoyed drivers, pedestrians and homeowners. It’s not uncommon to see a tangle of scooters blocking a sidewalk or driveway. In February, Bird agreed to pay more than $300,000 in fines to the Santa Monica city attorney’s office, which filed a misdemeanor complaint alleging that the company began operating without city approval. (A recent Santa Monica City Council meeting aired reports of elderly pedestrians being mowed down and people Birding while intoxicated. Bird and the city have since made up, with officials saying they’re eager to work with the brand.)

Part of the divide seems to be generational. “I love that there’s this new eco-way to get around — that’s awesome,” says 30-something GLOW actress Rebekka Johnson. Observes Bob Saget, 62, from a recent outing in Santa Monica: “Everyone I saw on them looked like tiny little leprechauns — you should really have to burn some calories doing it, come on,” he says of the electric transport.

Reports abound of saboteurs cutting wires to render the scooters inoperable or throwing them off bridges. A recent photo posted on hyperlocal networking app Nextdoor Venice of a woman tossing a scooter into a construction site resulted in nearly 300 comments. Some transportation experts say this anger is a manifestation of L.A.’s deeply rooted car culture. “For a long time, cars were synonymous with ‘freedom,’ even though that is fiction now because of all the traffic and hassles that come with them — but that idea still persists for a lot of people,” says L.A. Taxi Commission president Eric Spiegelman, who wrestled with the arrival of ride-sharing services like Uber and Lyft that triggered similar reactions. “When an outside entity tries to curtail that freedom, people get resentful and think, ‘That’s not what I came to California for.’ “

Bird and Lime respond to critics by saying systems are in place to report improper behavior. But it would seem, at least in the near future, that the divisiveness will continue. “I think it’s a lovely idea,” says producer-director Marina Zenovich. “In Amsterdam.” 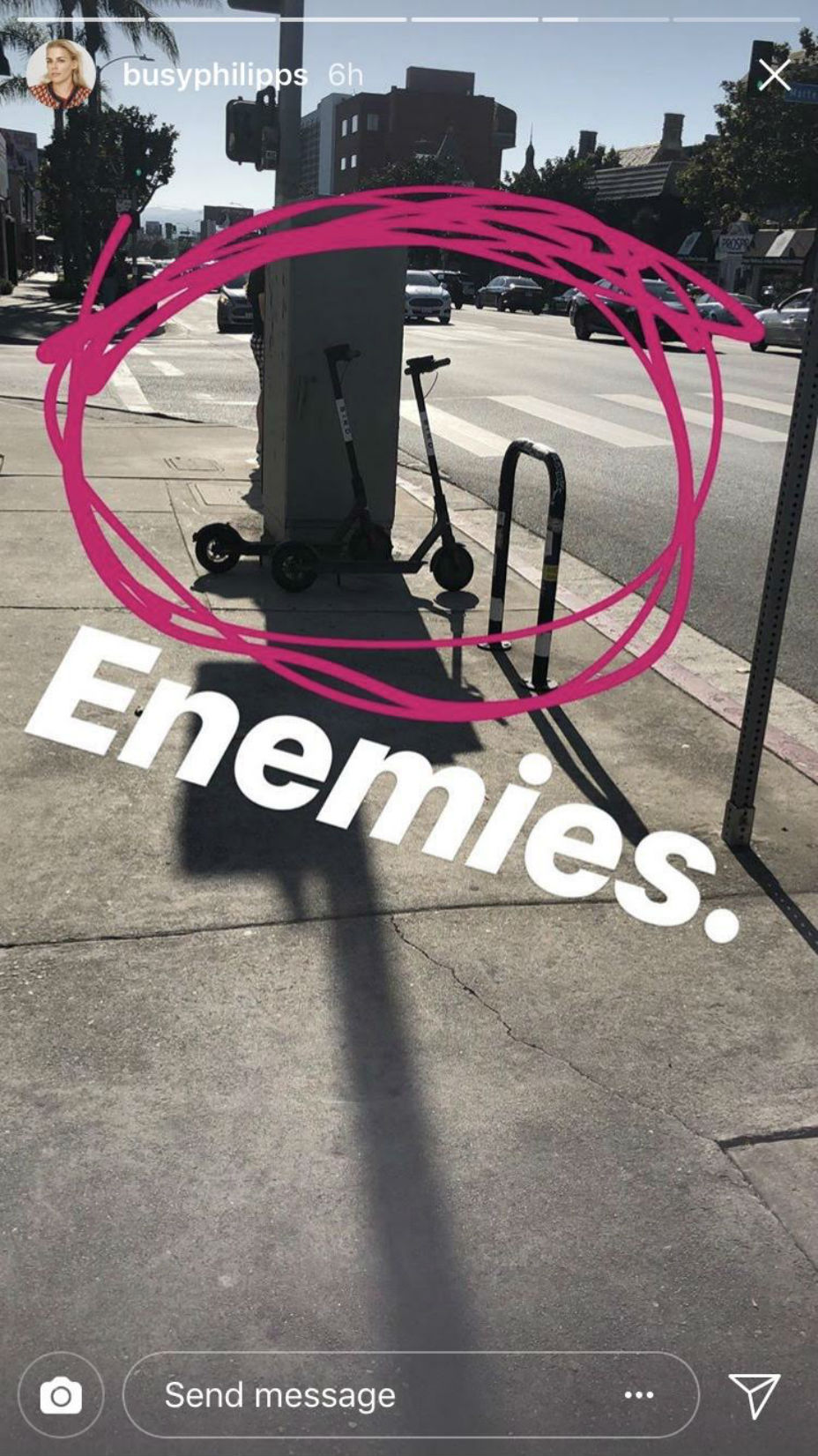 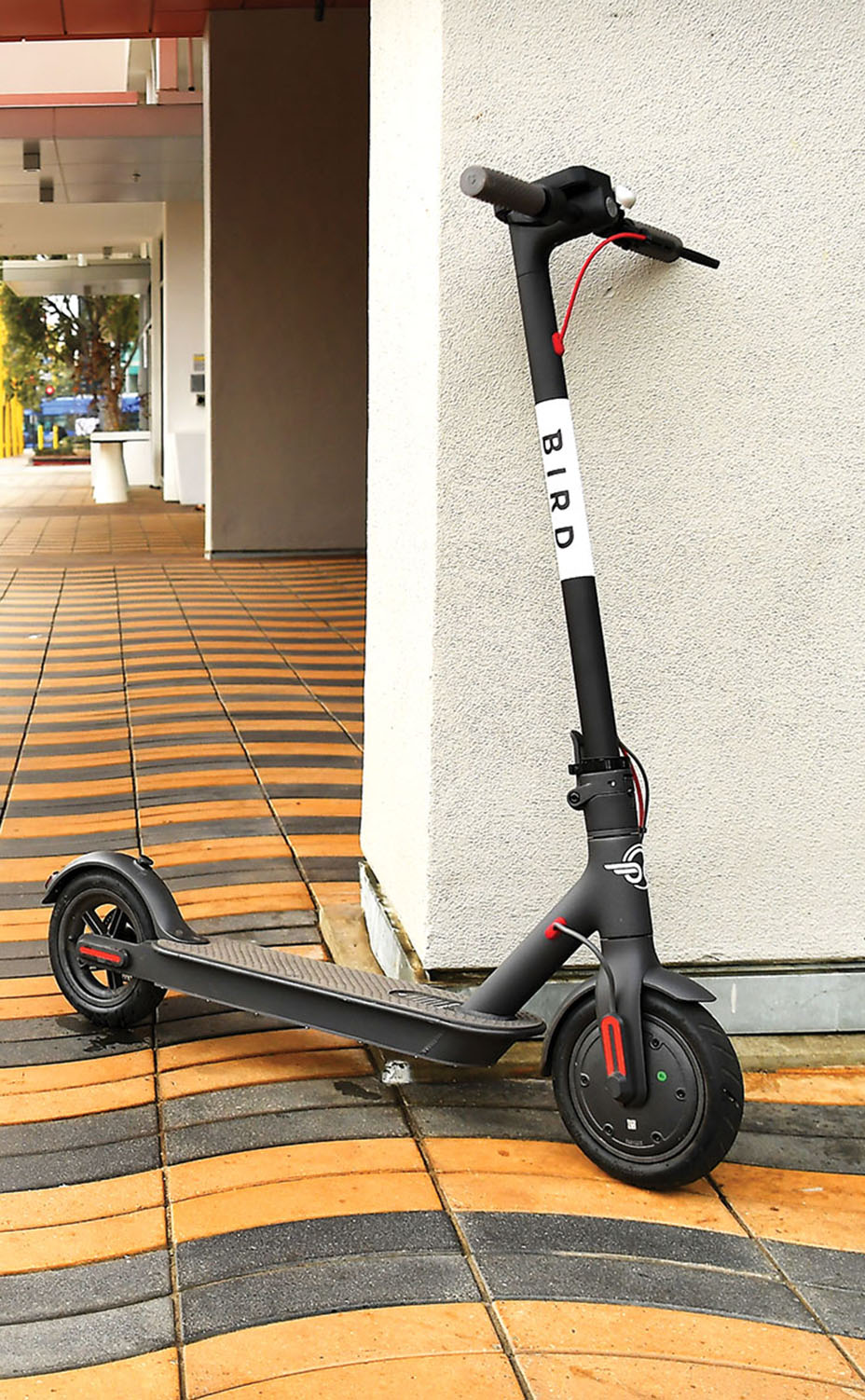