Barbara Davis remembers the moment as if it were yesterday. The day after Halloween in 1974, her daughter Dana, then 7, wasn’t feeling well. A trip to a doctor at the University of Denver turned up an unfortunate diagnosis: diabetes. “I called Marvin,” she recalls, speaking of her late husband, oil tycoon turned 20th Century Fox owner Marvin Davis, “and he said, ‘What’s diabetes? I’ve never heard of it.’ Neither had I. He said, ‘So, fix it.’ Well, we fixed it.”

By that, she means they immediately got to work building the Barbara Davis Center for Diabetes in Denver (which now serves 7,500 patients a year) and making it a lifelong mission to treat and cure the disease, which is supported by one of Hollywood’s longest-running charity galas, her Carousel of Hope Ball. Created in 1978, the biennial event has raised more than $105 million for the Center and the Children’s Diabetes Foundation. The Center currently is shepherding 80 research projects, including stem cell research and the development of an artificial pancreas.

On Oct. 10, Davis and her team are taking the ball virtual, but the COVID-19 pandemic hasn’t put a dent in the glamour or star power. Even from home, Davis plans to don her signature look, an Oscar de la Renta gown. George Clooney, Samuel L. Jackson, Robert De Niro, Cynthia Erivo, Gladys Knight, Tony Bennett and Andrea Bocelli are just a few of the stars participating in a milestone year that will toast both the 40th anniversary of the Barbara Davis Center for Diabetes and her own 90th birthday, which is Oct. 9. 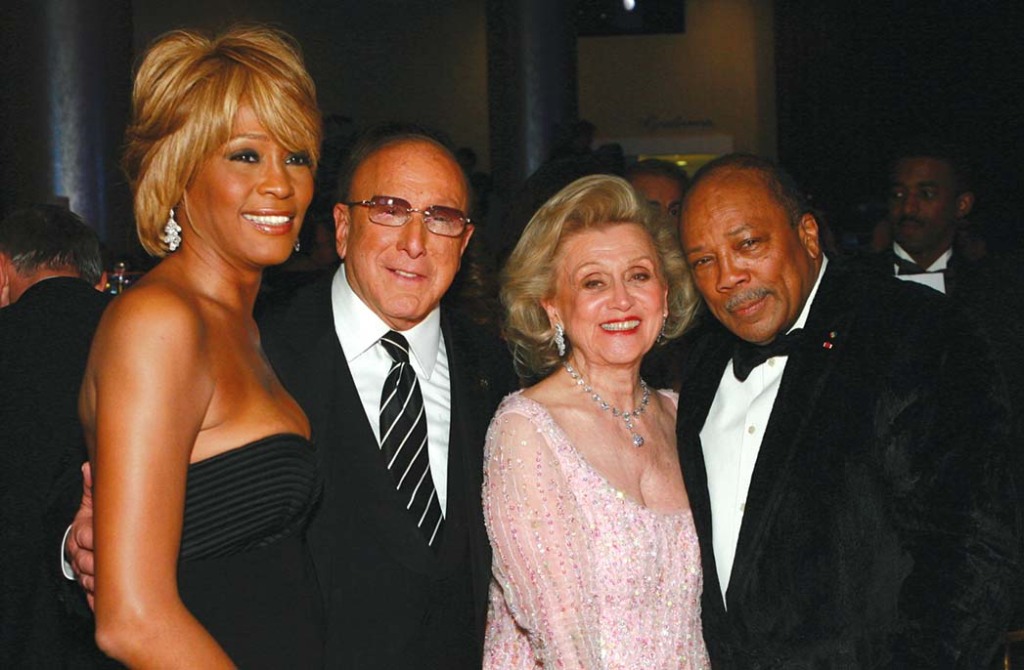 How challenging has it been to put together a program during the pandemic?

Let me just say, everybody is really being wonderful. Aside from the people who are putting it together, everybody is donating their time, all of the performers and the people in the entertainment industry. So, it’s really a very fun, special evening.

As you look back on four decades of the Carousel Ball, what are you most proud of?

That we can take care of people, no matter [whether they] can afford the care. We turn no one away. And I’m proudest that my 7-year-old daughter who got diabetes is now an expert. She’s amazing, and she and her team have worked so hard, they do so much, and we’ve gotten some very big donations from very wonderful, generous people. A lot of this is done by her. I’m proud of our doctors. I’m very proud of our patients, but the person I’m most proud of is my daughter, Dana.

Marvin said, “fix it,” and you’re still here fixing it at almost 90 years old. What do you think he would say if he were alive and could see what you’ve accomplished?

Marvin would be very, very pleased. Marvin loved it and, in fact, I said, “Why don’t we call it the Marvin Davis Center.” He said, “No, I’m calling it the Barbara Davis Center because I know you’re going to take care of it.” And I do, but my daughter, Dana, is honestly the best, and our doctors are the best, and when we sit down to a board meeting, we have the ear of the doctors and we have the knowledge, [thanks] to the dean and the chancellor, and everybody connected at the University of Colorado.

Do you have a most memorable benefit night?

Probably [the first ball], when “Uncle Frank” [Frank Sinatra] performed. We used to go to Palm Springs a lot, and one day, we were on the 13th [golf] fairway, and Frank was on the 10th. Somehow we all became best friends, and he became “Uncle Frank.” That Friday night, we went to dinner, and he said to Dana, “I’m so sorry that you got this illness, but you know what? I’m going to put together a big event and I’m going to sing and we’re going to raise a lot of money.” She said, “Uncle Frank, who would pay anything to hear you sing?” She had no idea what Uncle Frank did. Uncle Frank came and sang that first year, and it was just great. 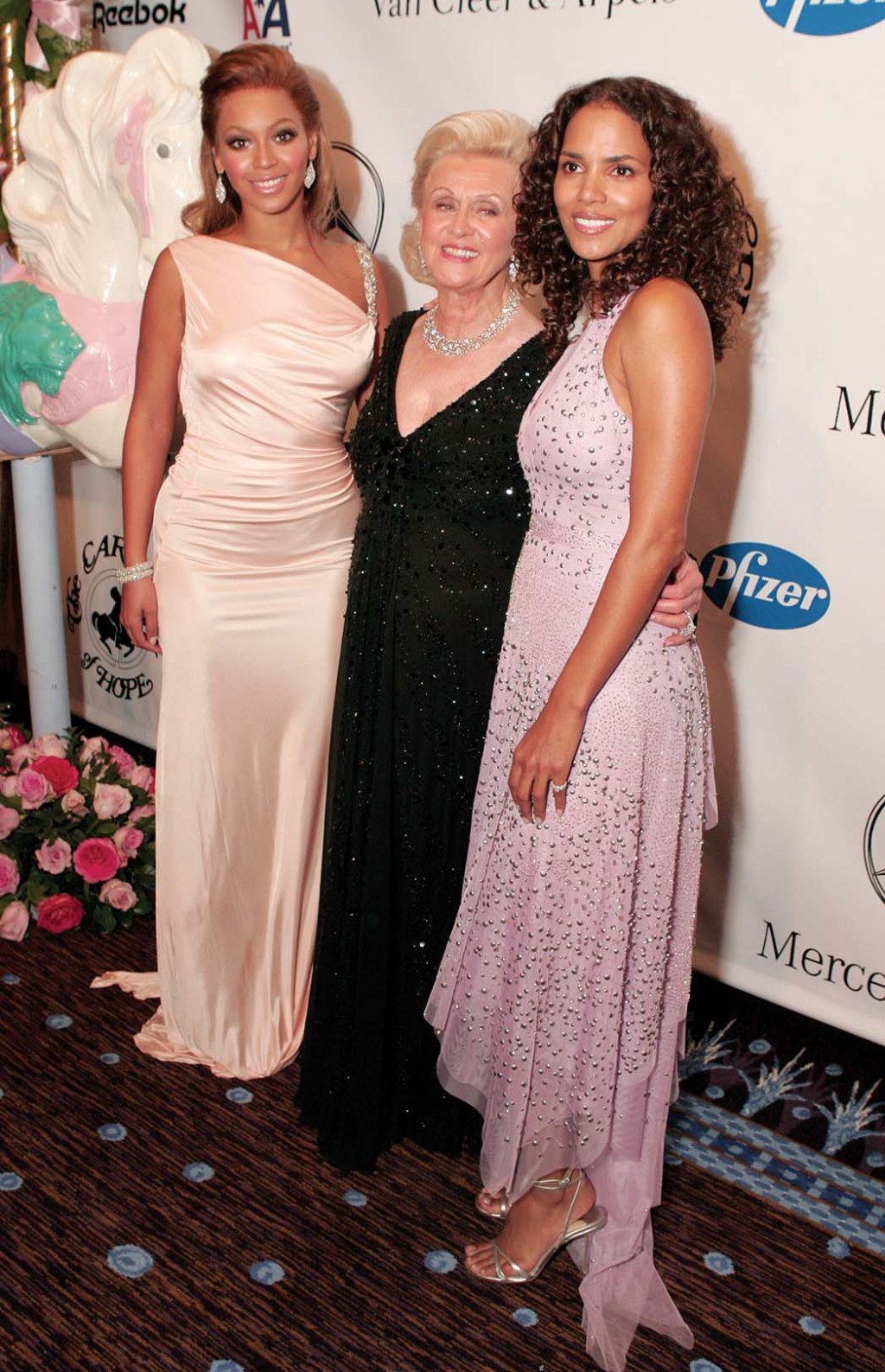 Aside from the cause and the money that’s raised, music has always been a focal point of the Carousel of Hope events. How important is music in creating an event program?

Music spreads joy around the world. I don’t care what country you live in or where in the world you are, we’re all striving for the same things: Health and happiness for ourselves and our families. I would love to see everybody happy. Music brings the world together. To me, music is universal, and it makes everybody happy and peaceful.

Your birthday is coming up, and 90 is another big milestone. Do you have a birthday wish?

I have to wish for peace and love. My daughter Nancy [founder of the Race to Erase MS] has MS, and she has a [jewelry line] called Peace and Love. My wish is that everybody could be friends and that people and countries could all love each other, and that the world would be a friendly place. And we want to be free of disease.

How careful have you been amid the pandemic?

Very careful. I’m going to meet with David [Foster, the gala’s music director]. David’s building is four buildings from mine, and it overlooks the cemetery where Marvin and one of my grandchildren are [buried]. We want to be outside and social distance, and yet we wanted to see each other — so guess where we’re going to rendezvous?

At the cemetery. Everything’s outside, and we’ll just sit in front of Marvin and talk, and make sure we’re putting everybody together in the right way. 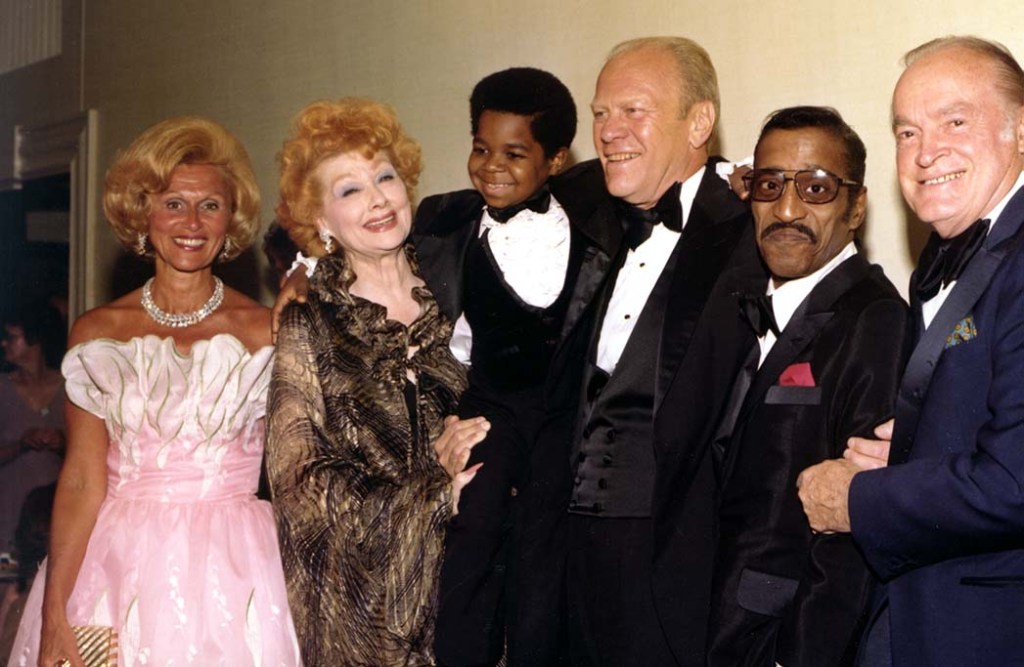