Ask Alec Berg if he felt any pressure to deliver on the dreaded “second season of a critically beloved show” — in this case Barry, which he co-created with star Bill Hader — and he shrugs. “The first show that I was in charge of as a writer was the last couple seasons of Seinfeld, where there were 35 million people watching every week,” he says, laughing. “I’m never going to feel pressure like that again.”

Fair, but it’s worth pointing out that in its first season, HBO’s dark comedy about an aspiring actor slash accomplished hitman was nominated for 13 Emmys, one more than Seinfeld in its best year. And the second season did it two better — including acting nominations for all five series regulars. Berg, 49, took a break from production on season six of his other critically acclaimed HBO comedy, Silicon Valley, to talk to THR about his and Hader’s writing process and how they broke season two after the shocking season one finale.

You had a big knot to untie at the end of season one. What was the discussion when you reassembled for season two to work Barry out of the whole cop-killing situation?

In terms of Barry and Sally and Cousineau, we just started from a place of, where are they? What would they be going through? And we realized Barry would desperately want to put his head down and deny that anything was wrong. Sally would think that he was in denial for a reason other than why he was — because she’s not a party to all this information. And Cousineau would be in despair and probably not that excited about being in acting class. There were certain things that we knew would happen, like the twist in episode four [where Detective Loach records Barry confessing to the murder and uses it to blackmail him into killing his ex-wife’s boyfriend].

Did you ever entertain the idea that Detective Moss, Cousineau’s love interest, might actually survive season one?

We liked the idea that the audience didn’t know what happened [until season two]. Bill was at a restaurant a couple of weeks after the season one finale and a waiter was like, “You know what I think? I think she’s alive!” (Laughs.) And it made us think, “Oh, right, the audience really has no clear idea what happened, and that might be a fun thing to play with.” And we realized [we could just drop] bread crumbs about what happened that night. That’s always the fun of it. What do we tease out when? Do we get any entertainment value or suspense or drama out of when we tell the audience this or that? 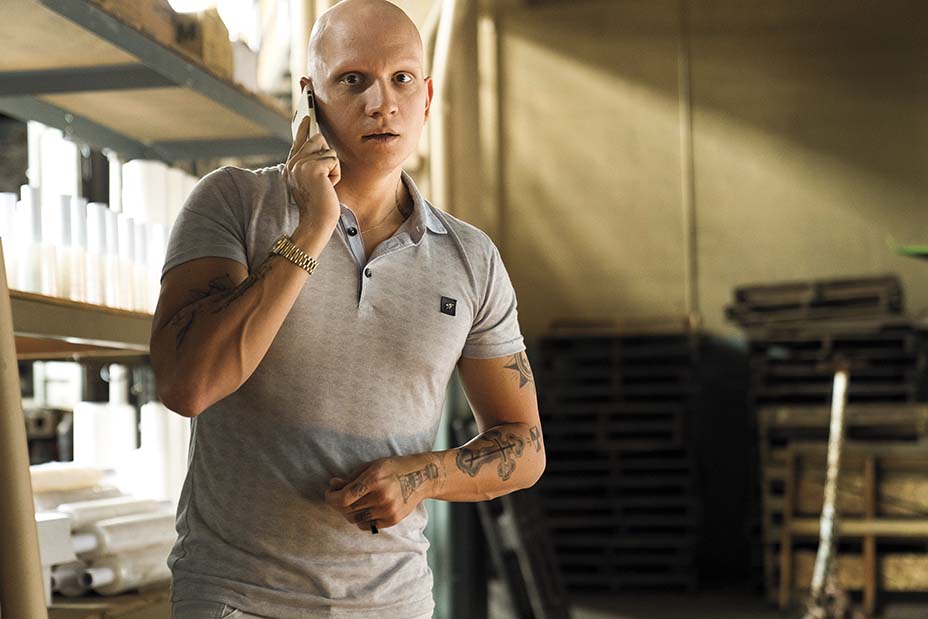 I’m sure what happened with Bill and the waiter happens pretty often. Have you heard any interesting suggestions from viewers?

I love that people are invested in the show and want to speculate about what could happen, but part of it for me is just, what do people think is going to happen so that we can know what expectations are so we can subvert them?

Was there anything particularly challenging about the episode you got your directing nomination for, “The Audition”?

We shot a lot of it in the woods, and that’s always challenging. And it’s funny — you don’t think about it, but when you’re shooting in Big Bear, you’re at 8,000 feet [above sea level] and you’re running around in the woods and you have to climb hills and the crew has to carry equipment up and down steep hills. It’s actually physically demanding.

Have you and Bill started discussing season three? 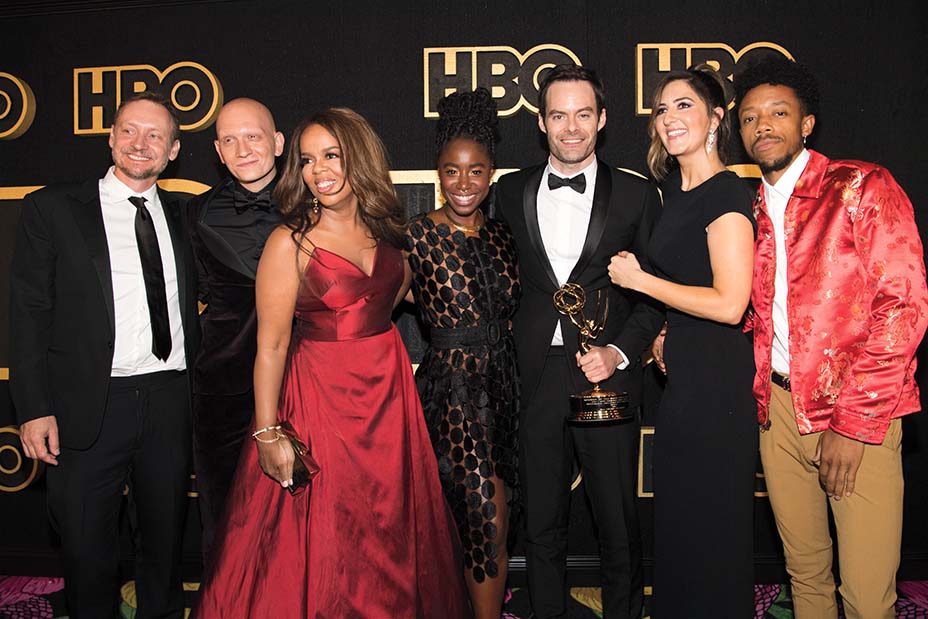 Patricia [Fa’asua], who plays the head of the Burmese crime family. She has a great stone face. She can win a debate without speaking.

HBO’s darkly comic series probably won’t walk away from the Emmys empty-handed. Barry followed 2018 acting wins for lead Bill Hader and supporting player Henry Winkler with a celebrated sophomore run and a whopping 17 noms for 2019. But the top prize? Not with network neighbor Veep sharing the race — and up for its acclaimed final run. Barry already proved it couldn’t top 2018’s winner, The Marvelous Mrs. Maisel. And, perhaps more debilitatingly, it doesn’t seem to have the momentum of newcomers Fleabag or Russian Doll. Barry is still a force, for sure, but it’s much more likely to earn an acting nod or two than it is to be crowned TV’s top comedy. —Michael O’Connell

What’s News: A Favor From the Fonz for Bill Hader

Before Henry Winkler’s character was helping Bill Hader’s become a better actor, the Fonz had helped out his Barry co-star in another way: getting his oldest daughter into private school. “It’s the most Brentwood-y thing I’ve ever done,” Hader says of asking Winkler, then a neighbor he’d never met, to write his daughter a letter of recommendation to one of L.A.’s elite private schools, Crossroads School in Santa Monica. Winkler, whose own kids, Max and Zoe, attended Crossroads, was happy to do it (and Hader’s daughter got in). —Chris Gardner