Fox Searchlight on Saturday night rolled out the green carpet for a tennis-themed Battle of the Sexes premiere with stars Steve Carell and Emma Stone.

Also in attendance was the real Billie Jean King, who is played by Stone in the film.

“Emma, thanks for making me look so good,” King quipped about Stone when introducing the film, which follows her life as both a professional tennis player and a pioneer for equality for women.

As for the actress, Battle of the Sexes marks the first time in her career that she’s had to play a real-life character.

“I’ve never played a real person before and it’s, like, this person is an icon and an absolute badass that I could never even hope to be exactly like,” Stone told The Hollywood Reporter.

She added, “Capturing the essence was very important to us. It was super challenging, but [King] was so warm and welcoming and open to all of it. She was generous with her story that it made it much easier than if she was like, ‘Please don’t make this movie about me, good night.'” 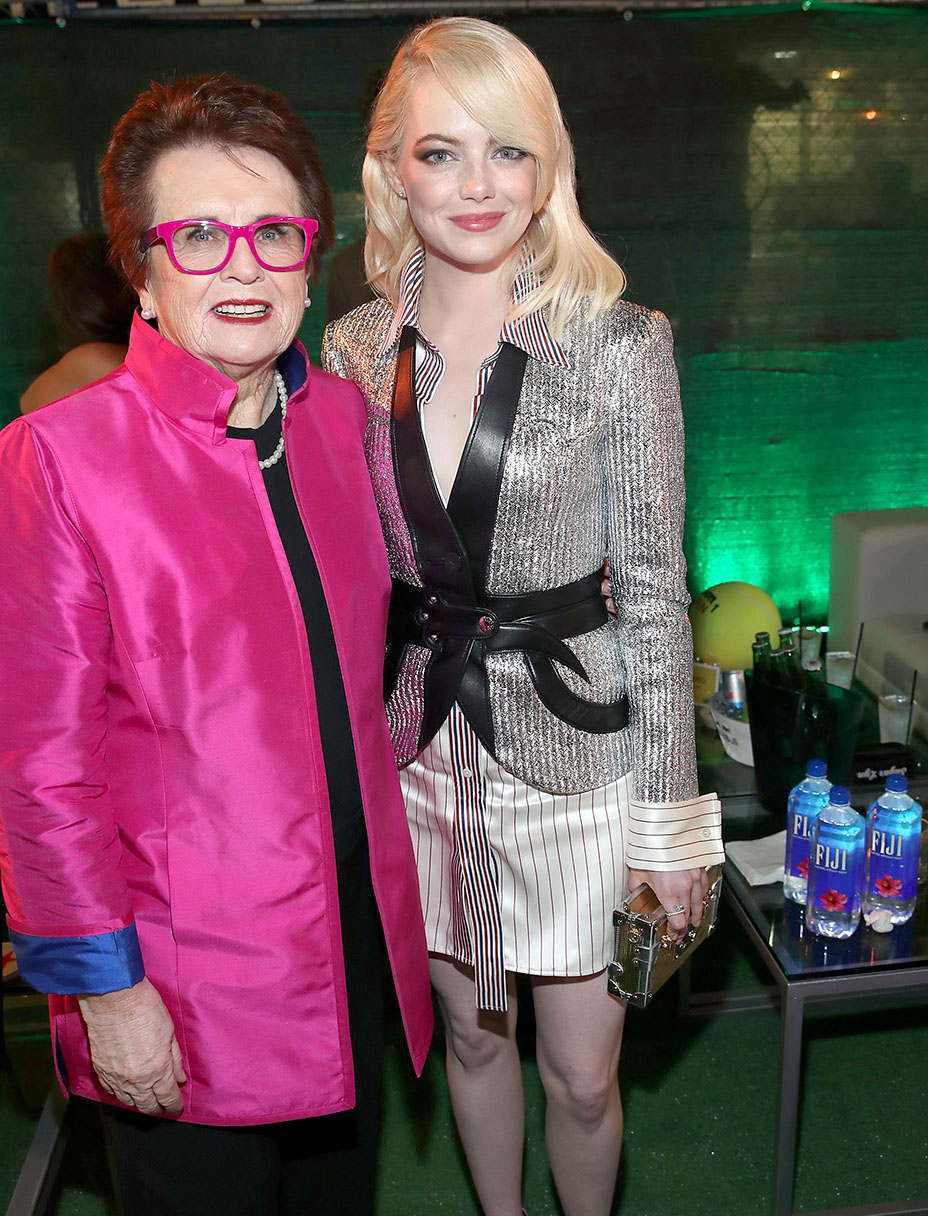 In fact, King had met everyone involved with the film before it started shooting. Although she had spent time with Stone, directors Jonathan Dayton and Valerie Faris (who are also married) made sure the two kept their distance as well.

Faris told THR, “It was important they met, but they were starting to get a little friendly and Emma realized, ‘I think I need to have a little distance.’ Emma said she felt weird because she had to just study videotape of Billie Jean. She needed to hear her voice at 29.”

Added Dayton, “We were making a film about one year in [King’s] life. It was good to have a little distance, and now we can all really embrace her.”

King chatted it up with both Carell and Stone at Saturday’s afterparty, which was sponsored by FIJI.