That the musical has landed on Broadway is a story in itself. Adapted from a 2004 young adult novel by Ned Vizzini (who committed suicide in 2013 at age 32), the show, featuring music and lyrics by Joe Iconis (Smash) and a book by Joe Tracz, premiered at New Jersey’s Two River Theater in 2015 to mixed reviews. But its original cast album became an internet sensation, streamed in the hundreds of millions.

The musical was restaged off-Broadway last summer for a virtually sold-out limited run, resulting in this open-ended Broadway transfer featuring the same hard-working cast, which is refreshingly diverse, not just racially but in terms of the body types you find in an actual high school. Producers Shawn Levy and Greg Berlanti are developing a film version. 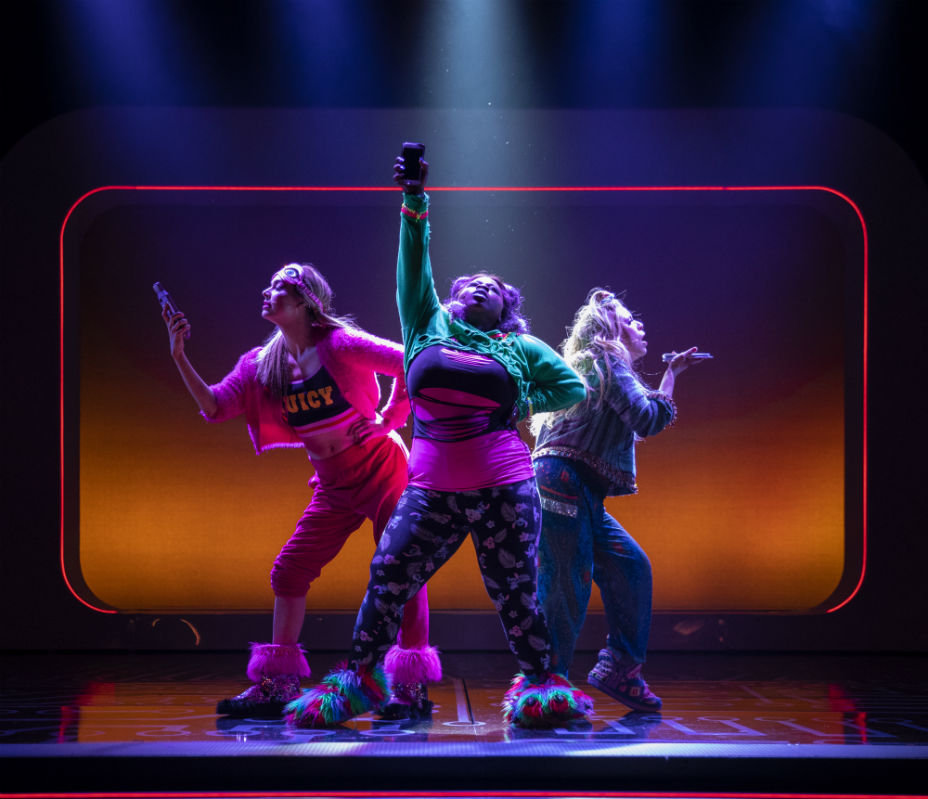 Teenagers in particular seem to have embraced Be More Chill in rabid fashion. It’s not surprising, considering the storyline. The central character, Jeremy (Will Roland, Dear Evan Hanson), is a depressed high school junior hopelessly smitten with theater-obsessed Christine (Stephanie Hsu), who only has eyes for handsome school jock Jake (Britton Smith). Jeremy’s home life isn’t any happier than school, since his mother walked out on the family and his father (Jason Sweettooth Williams) has rarely bothered to wear pants since.

Jeremy seems to find an answer to his problems when the school bully (Gerard Canonico) suggests he ingest a “Squip,” a Japanese supercomputer in pill-sized form that takes over his body. Thanks to the microprocessor (hilariously played by Jason Tam), who looks and sounds like Keanu Reeves, Jeremy suddenly becomes the cool kid in school and attracts the attention of the hot girls who previously turned up their noses at him. But his newfound popularity comes at a price, including alienating his former best friend Michael (George Salazar), whom Jeremy literally can’t see since the Squip has taken over his optic nerve.

Be More Chill doesn’t benefit from a repeat viewing for anyone who’s already gone through adolescence. Iconis’ pop/rock score, augmented for its Broadway debut with an additional, inconsequential song, “Sync Up,” is catchy enough. It features some fun, upbeat numbers, including the title tune and “Upgrade,” while another, “Michael in the Bathroom,” is a terrific showcase for Salazar, who gets a huge ovation when he first walks onstage, signifying how familiar many audience members already are with the show. 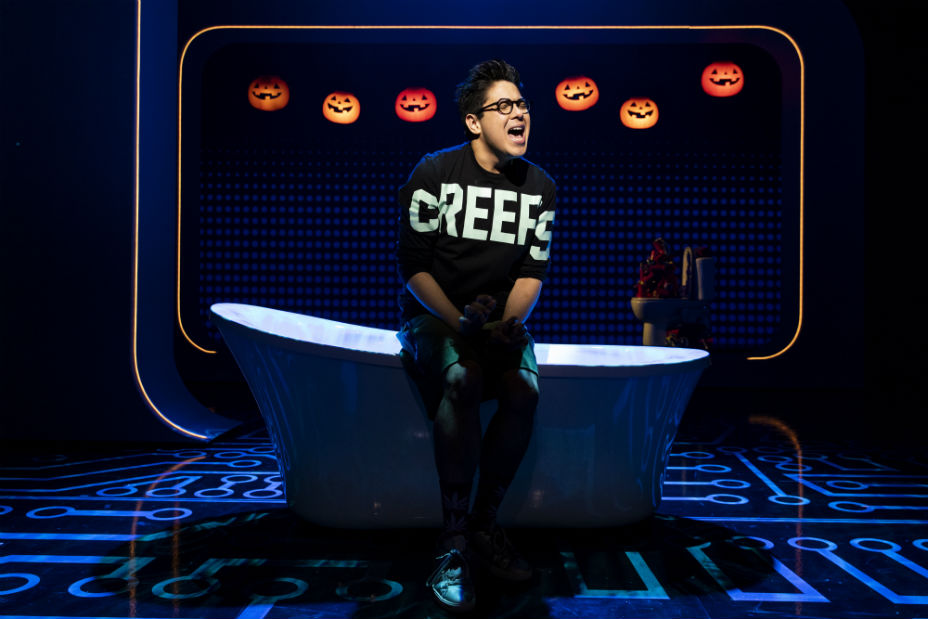 But for theatergoers not already smitten with the score, the musical contains serious problems. The book devolves into silliness via such plot elements as a school production of A Midsummer Night’s Dream set in a post-apocalyptic world crawling with zombies. The central narrative — which also plucks elements from the Shakespeare comedy — certainly succeeds in tapping into themes of teenage angst and even has some symbolic resonance, but the sophomoric humor and cliched situations feel more appropriate for MTV than Broadway. The musical seems out of place in the elegant surroundings, like a kid trying to look more grown-up by wearing an ill-fitting suit.

The extensive video elements of Stephen Brackett’s lively staging have been gussied up, and there are more elaborate production values on display (at one point, the Squip descends from the rafters, like a devilish Peter Pan). The book has been somewhat rewritten as well, in a well-meaning but failed attempt to add more depth to characters who still come across as paper-thin.

It was probably inevitable that Broadway, which has made such a killing in recent years with shows geared to tots and their parents willing to spend any amount of money to keep to them entertained, would expand its aspirations to attracting teenagers. But it’s hard not to be depressed by a theater scene which, like popular culture in general, seems determined to become ever more infantilizing.