Continue to The Hollywood Reporter SKIP AD
You will be redirected back to your article in seconds
Skip to main content
June 9, 2017 7:15am

Beatriz at Dinner began with an impassioned conversation between Salma Hayek, director Miguel Arteta and screenwriter Mike White. A Minnesota dentist had just hunted and killed Cecil the Lion, which triggered worldwide outrage and, among said three, curiosity about what it’d be like to share a meal with such a person.

Hayek stars as a pure-hearted holistic healer who, during a lavish meal at her Newport Beach client’s home, goes toe-to-toe with a Trumpian capitalist, played by John Lithgow. In the film — which also seats Connie Britton, Chloe Sevingy, Jay Duplass and Amy Landecker — one particular moment, in which Lithgow’s Doug gloats about trophy-hunting a rhinoceros, continues to enrage the actress, whose dog was shot by a neighbor in 2016.

“The reaction of my neighbor, of the authorities and the philosophy around it was so disturbing to me,” she told The Hollywood Reporter at The Whitby Hotel, just steps away from Trump Tower in New York City. “I discovered I was not aware to what degree that [attitude] existed in America. I remember crying and calling Miguel and saying, ‘Trump is going to win.'”

Ahead of Roadside Attractions’ release of Beatriz at Dinner on Friday, Hayek tells THR of playing such a different character, loving Lithgow and remaining hopeful about the country’s future: “It is my duty as a citizen to understand the rest of America.”

Beatriz isn’t your usual character. What do you admire about her?

I love the fact that she is who she is. She is authentic, gracious and pure. She might not have a sense of humor or any social skills, but she also has no complex and she’s not a hypocrite. She is not impressed with these people; she would be just as grateful to be anywhere else. And she really tries to listen, but she has a strong sense of justice. 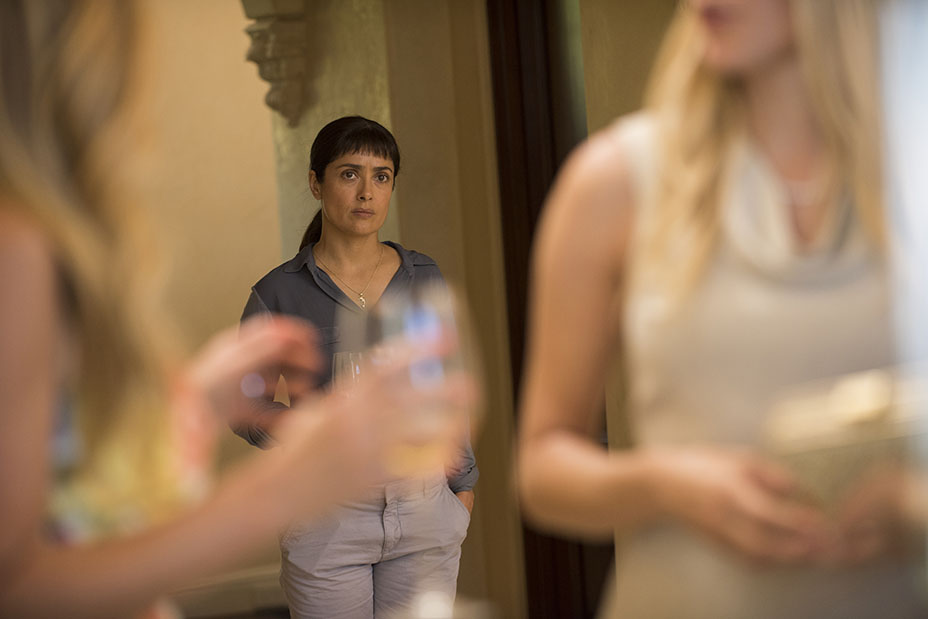 Beatriz is the polar opposite of Lithgow’s Doug. Did the two of you remain apart throughout production?

I tried, but he’s just so freaking lovely. How can you reject this angel? I have so much respect for him. And I really enjoyed engaging with him in those scenes. He is a dream to work with. We love each other so much.

This was shot in August 2016 — did election headlines affect things on set?

There was an excitement to say, “Oh my god, this movie is very relevant,” but the script was exactly the same as the year before. We didn’t change anything or adjust anything because of what’s happening. I like how it doesn’t demonize either side — both are treated with respect, and a lot of the arguments that Doug makes are smart and valid.

How Salma Hayek Pulled Off a Cannes Mariachi Stunt

What about this story continues to resonate with you?

Mike White is a visionary — he demonstrated this situation of polarity that we saw it last year in the country, but now we are seeing it in the world. It’s kind of scary because of how dead on he was.

I also had an experience in February, before we started shooting, where a neighbor shot my dog. And the reaction of my neighbor, of the authorities and the philosophy around it — if it was legal — was so disturbing to me. I discovered I was not aware to what degree that [attitude] existed in America. I remember crying and calling Miguel [Arteta] and saying, “Trump is going to win,” and he said no.

The whole thing is exactly what happens to Beatriz in the script with [the neighbor shooting] her goat. Then later on, we saw the pictures of Trump’s sons with the leopards, and even now, he pulled out of the Paris agreement. That’s strange. 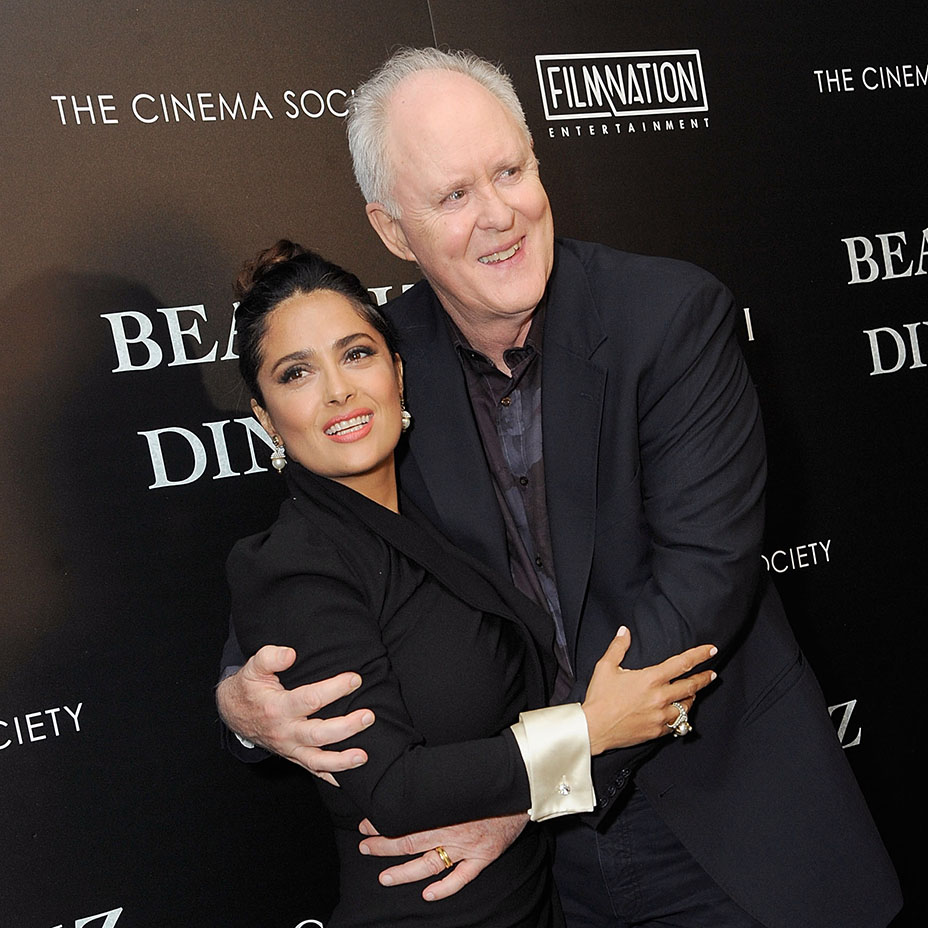 How do you hope people feel after this movie?

The movie takes this polarization and tries to create a communication, which right now we’re not really having. One of the things that scares me the most about what’s happening is my lack of understanding of the other side. I don’t like this. I don’t like to say, “Oh, they are crazy.” No. I want to understand better what is it that they are seeing. Because I live in the U.S. as well as in other countries, and I travel a lot, [I see that] outside of the States, people see it as insanity. They can’t believe it. They think it’s laughable and shocking; they are embarrassed for us. But in the States, there’s a large population that don’t see his actions as anything erratic or stupid or offensive. It scares me; I don’t understand the thought process behind that, and I must do it. It is my duty as a citizen to understand the rest of America.

I also believe that sometimes when you are surrounded by only one mentality, it’s hard for you to see the other mentality. So, maybe if you step out and take a look beyond your environment, we can start understanding each other and have a conversation. I hope it starts this dialogue.

How did you bring a mariachi band to Cannes?

I was looking at all these people [at the anniversary photo call] and it dawned on me that 10 percent of the people standing there were Latinos, and the majority were Mexican. Sometimes we don’t represent 10 percent in America. This was at 2 o’clock, and I thought, tequila, mezcala y mariachi. I said to my husband, “We have to bring the mariachi.” And he said, “You are crazy, this is a gala, we can’t show up with a mariachi.” We found a mariachi in Paris, and we got the mezcala and the tequila. The logistics were horrible — there is no place to stay in Cannes, there are no flights, and my former assistant helped me. I couldn’t believe my luck when I crashed that party.