Beautiful Boy almost looked like a very different film. Back in 2012, Cameron Crowe was attached to write and direct the true-life father-son addiction drama (based on two memoirs), with Mark Wahlberg circling the part that ultimately went to Steve Carell. But a 2013 meeting between Plan B’s Dede Gardner and Belgian director Felix Van Groeningen gave new life to the film, which has grossed more than $700,000 since its Oct. 12 release. Van Groeningen, 40, will receive the breakthrough director award at the Hollywood Film Awards, where his star Timothee Chalamet also will be honored.

Ahead of the 22nd annual event (produced by Dick Clark Productions, which shares a parent company, Valence Media, with THR), the helmer recalls the Amazon film’s journey to the screen.

Why make this film as your English-language feature debut?

I fell in love with the story, the family and the idea of combining two points of view to create something emotionally complex. The books [one by former meth addict Nic Sheff and the other by his dad, David] made me realize that our society still looks at people struggling with addiction as moral failures. We should look at it as a disease, so it felt like an important movie to make.

Since it’s based on their real-life story, did the Sheffs ever come to set?

They came by once because we asked them to. They were really shy. It must be weird to come on set and see your life played out, so they didn’t unless we asked for it.

How did Chalamet’s sudden rise to fame impact the film?

Call Me By Your Name had just premiered at Sundance while we were prepping, and I saw it and thought it was amazing. His genius lies in his fearlessness. But he was pretty unknown [through the entire filming process]. I remember when we were almost done shooting, he was anxious about what would come next. He was saying, “Oh no, I have to go audition again.” But then everything changed. We just wanted the best guy for the role — it didn’t have to be somebody known — but it’s great now because a lot of young people want to go see this movie because of him. 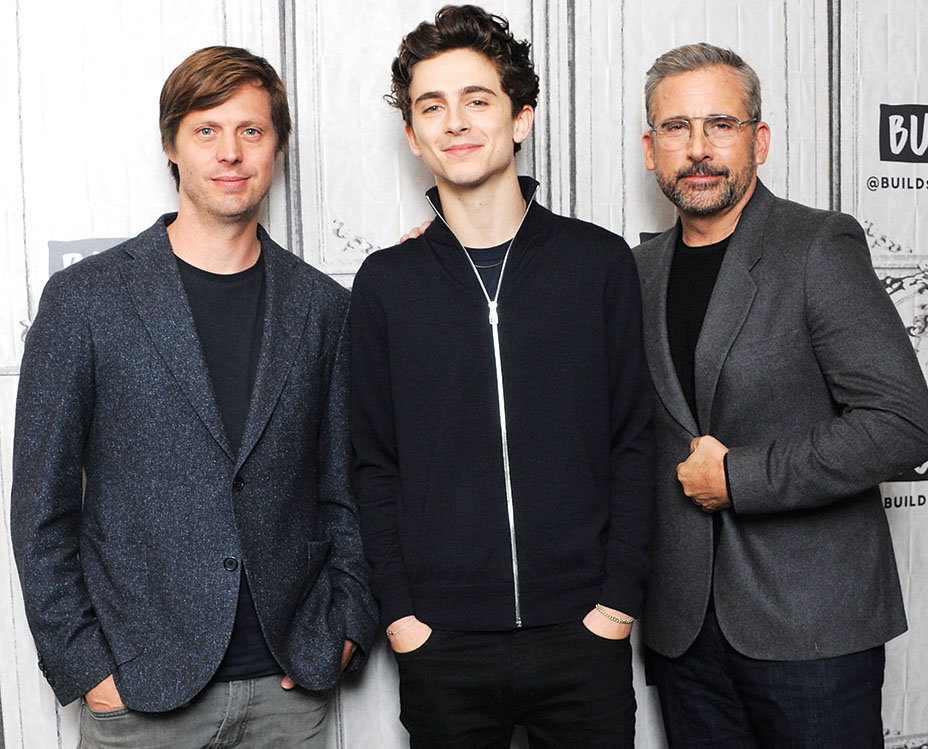 What was the most challenging part of Chalamet’s role?

Timothee had to lose a lot of weight because of the heavier scenes where he is deep into his addiction and strung out. We shot them the beginning because you need more time to lose weight than to gain it again. So he went away for a bit while we did some scenes with Steve. That way he could come back looking better.

How much weight did he have to lose?

We met with his dietitian and doctor and decided to go down 15 pounds. But when he was at 15 pounds, he kept on going until 18 pounds — which was crazy to see. There was so much talk in the book about Nic losing so much weight when he was having these benders on crystal meth that it was just necessary. It was scary to take it on, but Timothee understood and totally went for it.

What was the hardest scene to direct?

The scene we worked on the most in advance was the scene in the diner between Steve and Timothee. It was hard because the first couple of takes, we weren’t there. It is so long and such a fast scene that as a director you cannot direct it in very small parts. They just have to do it. So it was about finding the right rhythm. We did about 20 takes, and it really was around take eight or nine that it started to fall into place. By then it was just sitting back, watching and crying — I think everybody on the set was crying.