On Saturday, actresses Issa Rae, Regina Hall and Marsai Martin (stars of Tina Gordon’s Little, out Friday, April 12) showed up at the fifth Beautycon festival at New York’s Jacob K. Javits Center for a panel called “Black Girl Magic on the Big Screen,” presented by Universal. Hall and Martin are also executive producers of the film, which tells the story of a female tech mogul (Hall) who gets the chance to relive the carefree life of her teenaged self (Martin) when the pressures of adulthood become too much.

Six years ago, Hall says that she and Rae were pitching another creative project together that was repeatedly rejected. “Six or seven times,” says Rae. “One place didn’t even bother to respond. We still feel disrespected,” recalls Hall, adding that maybe they should resurrect their old pitch and present a refreshed version to 14-year-old Martin and her company Genius Productions because the tween knows how to get a project greenlit.

Rae lovingly refers to Martin as “mogul Marsai” and Rae says that the Black-ish star “paved the way for us.” But it wasn’t easy for the youngest executive producer of a major Hollywood motion picture to be taken seriously. She began pitching the idea for Little when she was just 10.

“I was a small, short black girl from Texas; they said, ‘No, next!’ But now they see what I’m doing and what comes out of my mind,” said Martin. “They get to see my vision now in a different light.” She also credits her friends and family for inspiring her to keep pushing forward, despite all the “Nos.” Some of the best advice was, “If this is something that you want to do and you can change the game, keep on breaking boundaries.”

Little stars and was directed and written by black women. Throughout the panel, Rae and Hall talked about the power of their support system and sisterhood. “To stand beside and lift each other up is magical,” said Hall. “The reason that we have a content shift today is because we’re opening doors for each other and we’re holding the door open,” said Rae. “That is so crucial.”

Panel moderator Kahlana Barfield Brown asked the actresses if they believe that women of color, in positions of power, feel pressured to be nice for fear of being labeled “a bully or difficult.” Hall responded: ”I believe there is a stereotype or a myth that black women are somehow angry. It is important we don’t mute what we know in order to make people feel like we’re not angry. But there is a way that we can speak to one another and get what we need without demeaning another human being.”

Meanwhile, Rae revealed that she has moments where she cannot fully express what she is feeling. “I have to sugarcoat because I know that the environment I’m in will label me as the angry or difficult black woman,” said Rae. “It is frustrating, at times, to feel like you have to constantly work on how you’re going to present something, so you are able to work again in the future.”

Throughout the panel, all three women advised the audience to become the change they want to create. “Instead of trying to convince people individually, find a group of people who believe in what you believe in, and together you can go out with your platform and be the example,” said Hall. “Become that beacon of light and hope for people who may not have seen the same things you see. It’s OK to be a pioneer.”

Rae agreed: “As opposed to worrying about where you fit in, think about who is listening to you and cares about what you have to say.” 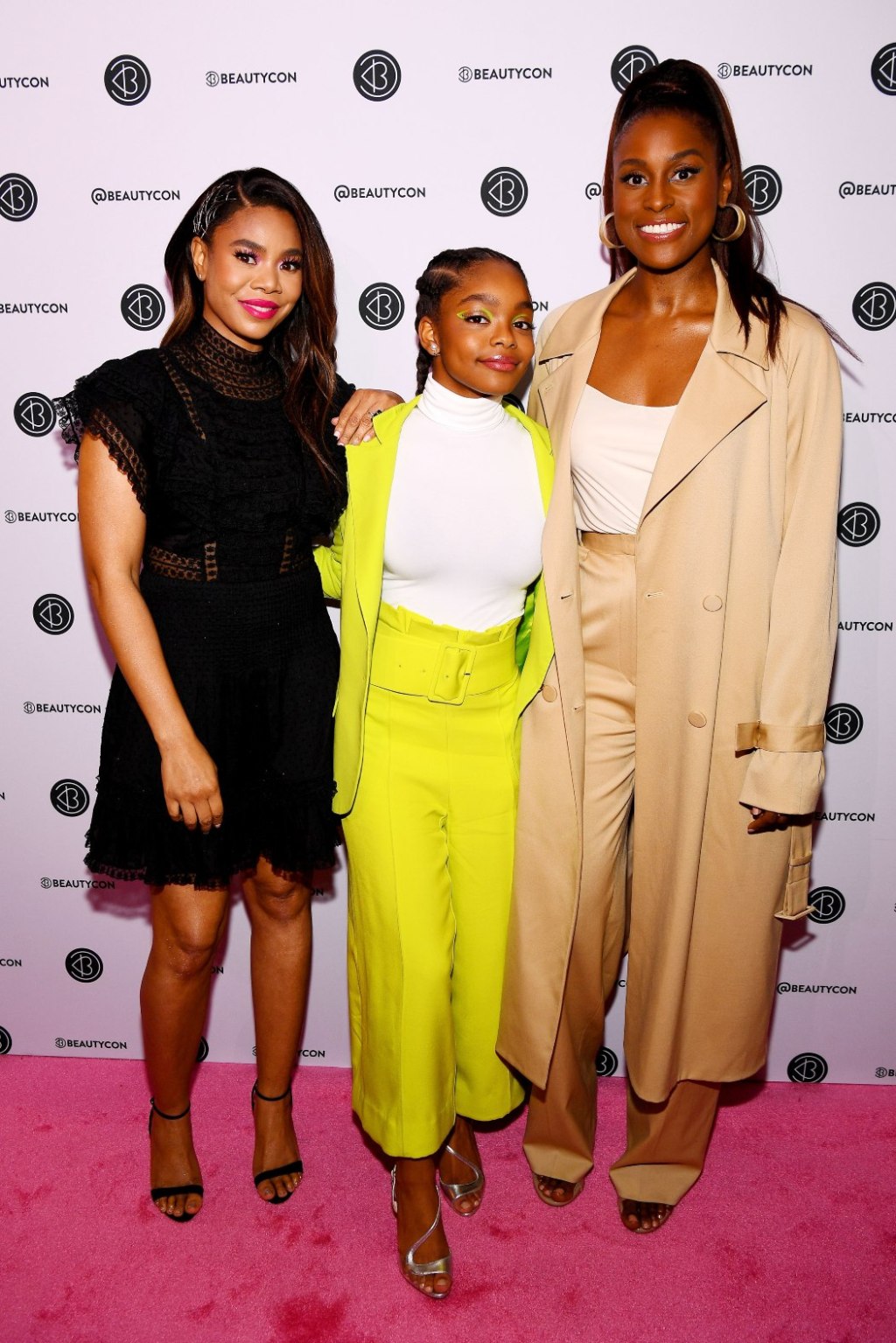