For the first time in Mustang’s 55 years — it rolled out in what enthusiasts call the 1964 and a half production year, to be exact — Ford is expanding the lineup with an all-electric model, the Mustang Mach-E. While this pony car won’t be coupe or convertible like its stablemates, the Mach-E is a sumptuous and sleek looking SUV. Developed in a century-old brick building a few blocks away from Henry Ford’s first Detroit factory, the Mach-E has a targeted EPA-estimated range of 210 to 300 miles depending on configuration.

Ford decided to get creative with the marketing and named Idris Elba — who worked night shifts in the 1980s at the Ford factory in Dagenham, U.K. — a creative partner for the launch of the Mach-E. “Most people don’t know this,” says Elba, “but I worked at Ford as a young guy. My dad also worked at Ford. It’s practically in my blood. So working on this project and getting behind the wheel of a car that takes us all toward the future feels like things are coming full circle, but with more exhilaration and tech.”

When asked if he thought he’d later be working with Ford this way, Elba tells The Hollywood Reporter, “Definitely not, but to say things have come full circle would be a bit of an understatement. I’m so excited to be partnering with Ford — a brand that has been a part of my life for so many years — and this partnership is very sentimental as I know my late father, who worked for many years at the Ford factory, would be so proud of me.”

Elba, who next stars in Cats, continued, “I [worked] for Ford for two years. I worked on the assembly line in Dagenham, East London. It’s when I was dreaming of being an actor. I did the night shift — and I hated the night shift — but the reason I worked there is my dad worked there for 25 years and I wanted to follow in his footsteps. My dad didn’t want me to be a broke actor. My dad loved his job, he brought it home with him; it was our community. We drove Fords and it wasn’t just a job to him or me, it was part of our lives. I always — and still do — feel connected to the Ford family.”

The new Mustang arrives in late 2020 and will come in a slew of range options: standard-range (75.7 kWh lithium-ion battery) or extended (98.8 kWh battery), rear-wheel drive or all-wheel drive, and the Mach-E being a Mustang after all, a GT Performance Edition (starting at $60,500). Other models will be priced from $43,895 to $59,900 and the online configurator is live, as well as the ability to leave a $500 deposit to hold a place in line. “I have to say, I just drove the car and it drives really well. It’s got some real performance,” says Elba.

The actor, who has done everything inside a car from setting a land speed record in a Bentley to drag-racing a top fuel dragster for his 2013 documentary Idris Elba: King of Speed and his 2015 series Idris Elba: No Limits, says that his passion for cars started early. “I think it stems from the memories that I have around cars and those memories also include my father. For me, this brings the moment full circle.” 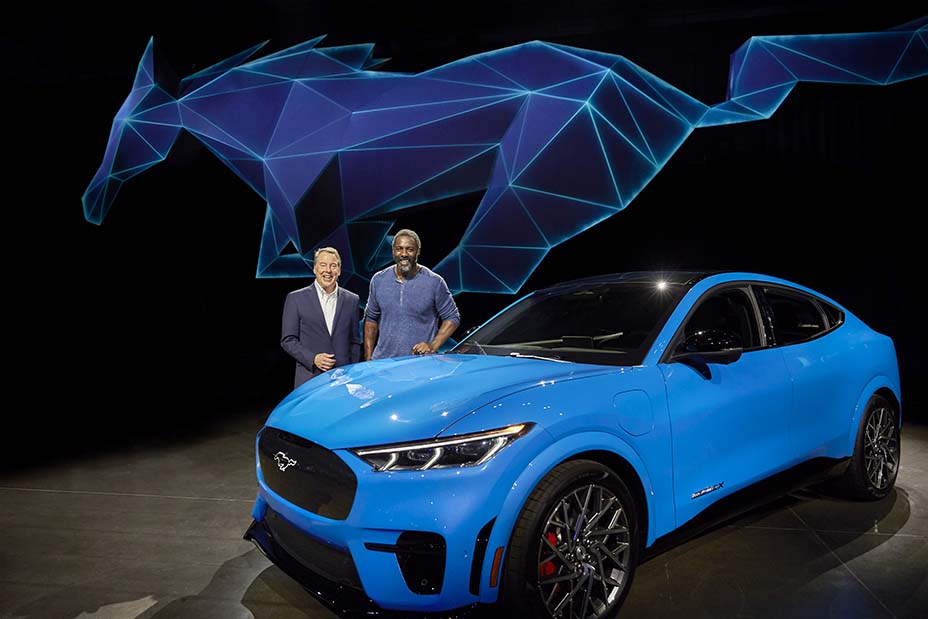 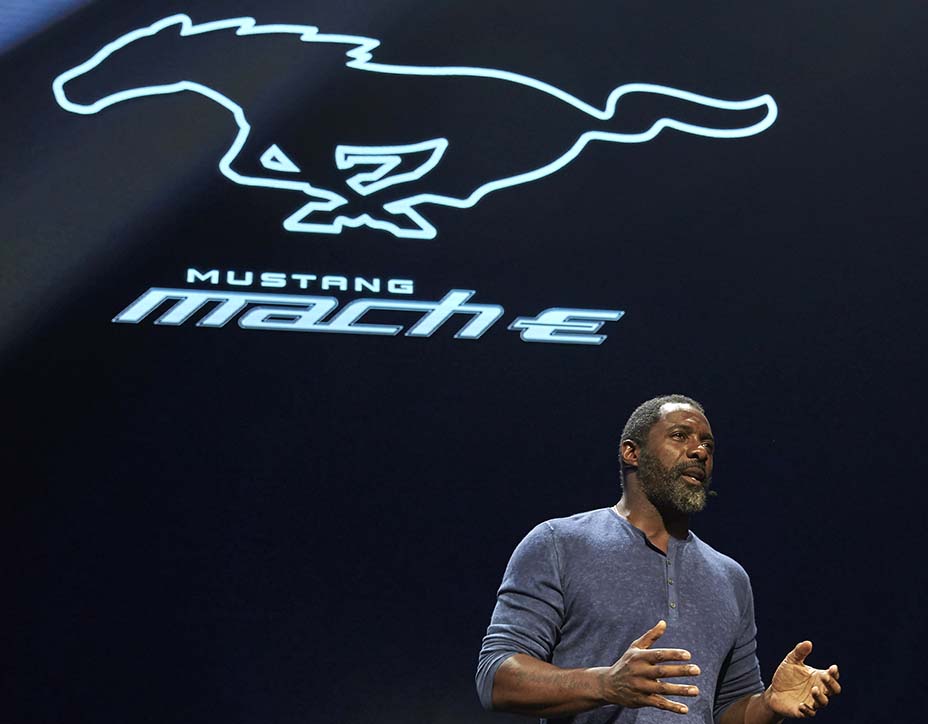