In an era when Disney is aiming to acquire most of 21st Century Fox for $52.4 billion and AT&T is attempting to merge with Time Warner in an $85 billion deal, scale has become the priority for media titans. Yet, presented with the opportunity to lead a combined CBS-Viacom, Leslie Moonves didn’t simply rally the CBS board of directors to support his “no merger” view — he went “nuclear” on National Amusements Inc., the entity run by Sumner and Shari Redstone that holds an 80 percent voting stake in both companies.

On May 17, the CBS board voted 11-3 to issue a dividend of shares that would dilute NAI’s control to 17 percent — the three “no” votes coming from Shari Redstone and Robert Klieger and David Andelman, two board members who are Redstone family lawyers.

If a judge approves Moonves’ Hail Mary dilution plan — which one person close to the situation likens to “swatting a fly with a sledgehammer” — the executive will have killed a roughly $12.3 billion merger that few on Wall Street seem to be advocating to begin with. Indeed, each time it appears CBS might purchase Viacom, shares of the former drop, and when it seems the acquisition is a long shot, CBS shares rise. But short-term stock movements often are dismissed when negotiating multibillion-dollar mergers, raising the question: What’s Moonves really after — or trying to prevent?

Viacom, CBS and NAI declined to comment, but numerous sources close to the situation say the answer is fourfold: First, Moonves has grown weary of playing second fiddle to the Redstones and sees anti-Viacom sentiment as a rare opportunity to wrest a good chunk of control away from them. National Amusements, in fact, addressed just that when it said May 17 that CBS management “cannot wish away the reality that CBS has a controlling shareholder.”

Moonves, 68, who had been friendly with Shari, 64, until suing NAI on May 14 to block the Viacom merger, has never been comfortable with her as overlord. In private, Moonves points out that even Shari’s father, now a fragile 94, said in a letter made public a decade ago that he gifted to his daughter her interest in NAI — and therefore in CBS and Viacom — but that he “built these great media companies” with “little or no contribution” from his children, including Shari.

Second, Moonves wants nothing to do with Viacom’s rebounding but still struggling TV channels. Sources say the CBS CEO considers those networks an albatross, fearing he’d be pressured into bundling MTV, Nick, Comedy Central, VH1 and others into CBS carriage deals. But while some on Wall Street say Viacom’s best option is to sell itself off piece by piece, the odds of Moonves being allowed to cherry-pick the assets that interest him — Nickelodeon and possibly the Paramount film and TV studio (worth $3.5 billion, says Bernstein analyst Todd Juenger) — are long.

“Moonves believes that the value of CBS’ assets will not be maximized by combining with Viacom, which would increase CBS’ exposure to the declining U.S. pay-television market, as well as cable advertising,” says Ben Weiss, chief investment officer at 8th & Jackson Capital Management, adding that “CBS wants to reduce its reliance on advertising.”

After all, CBS has shown its value since announcing the broadcast network’s first, pure retransmission consent agreement in 2006. By 2010, it boasted $150 million in retransmission and reverse compensation revenue, and it swelled to $1.25 billion last year. By 2020, CBS expects to double that.

Third is that, while he craves content for OTT services CBS All Access and Showtime Anytime, there are potentially cheaper acquisitions that make more sense than Viacom, which sports an $11 billion market cap (Northlake Capital Management founder Steven Birenberg suggests MGM, Lionsgate or Sony Pictures).

“CBS needs more scale given escalating costs for content, in particular, sports rights and the NFL,” says Birenberg. “It would seem Les Moonves sees this as well. Thus, I believe that he sees better opportunities for CBS standing alone; sees other M&A opportunities that are more attractive; sees Viacom’s strategic and financial outlook as poor; and does not like to get pushed around by the Redstones.”

And the fourth Moonves concern boils down to Viacom CEO Bob Bakish. Indeed, after Shari insisted that CBS explore an acquisition of Viacom, Moonves “reluctantly,” says an insider, offered 0.55 shares of CBS for each Viacom share. Viacom countered at 0.68 shares, and the two met near the middle at 0.6135. The deal-breaker was that Bakish, 54, would have a major role in the merged company. When Moonves balked, Shari sweetened the offer by simply asking that Bakish be a board member, but that was also unpalatable to Moonves, even though there was never a question that he would be CEO of a merged CBS-Viacom.

Two decades ago, when Viacom and CBS were a single company run largely by co-presidents Moonves and Tom Freston, the latter’s unofficial chief strategist was Bakish. Hardworking and ambitious, he was by all accounts a popular executive — even with Moonves. Now, though, Moonves considers him a threat because he doesn’t want another Redstone ally on the board, nor does he want Bakish to be coronated his heir apparent. “Les doesn’t like to be questioned, especially by someone who backs Shari,” says one insider.

If the Redstones really want to fire Moonves, they’d have to replace much of the CBS board, risking accusations they were not acting in the best interest of stockholders in doing so. And Moonves would depart with a golden parachute likely worth north of $180 million.

Given the legal back-and-forth, many on Wall Street, though, figure the NAI-Viacom-CBS drama will not come to a close for another six months or so. “For him to claim he’s only trying to protect shareholders is ridiculous,” says a high-ranking Viacom loyalist. “The CBS board is captive to its CEO.” 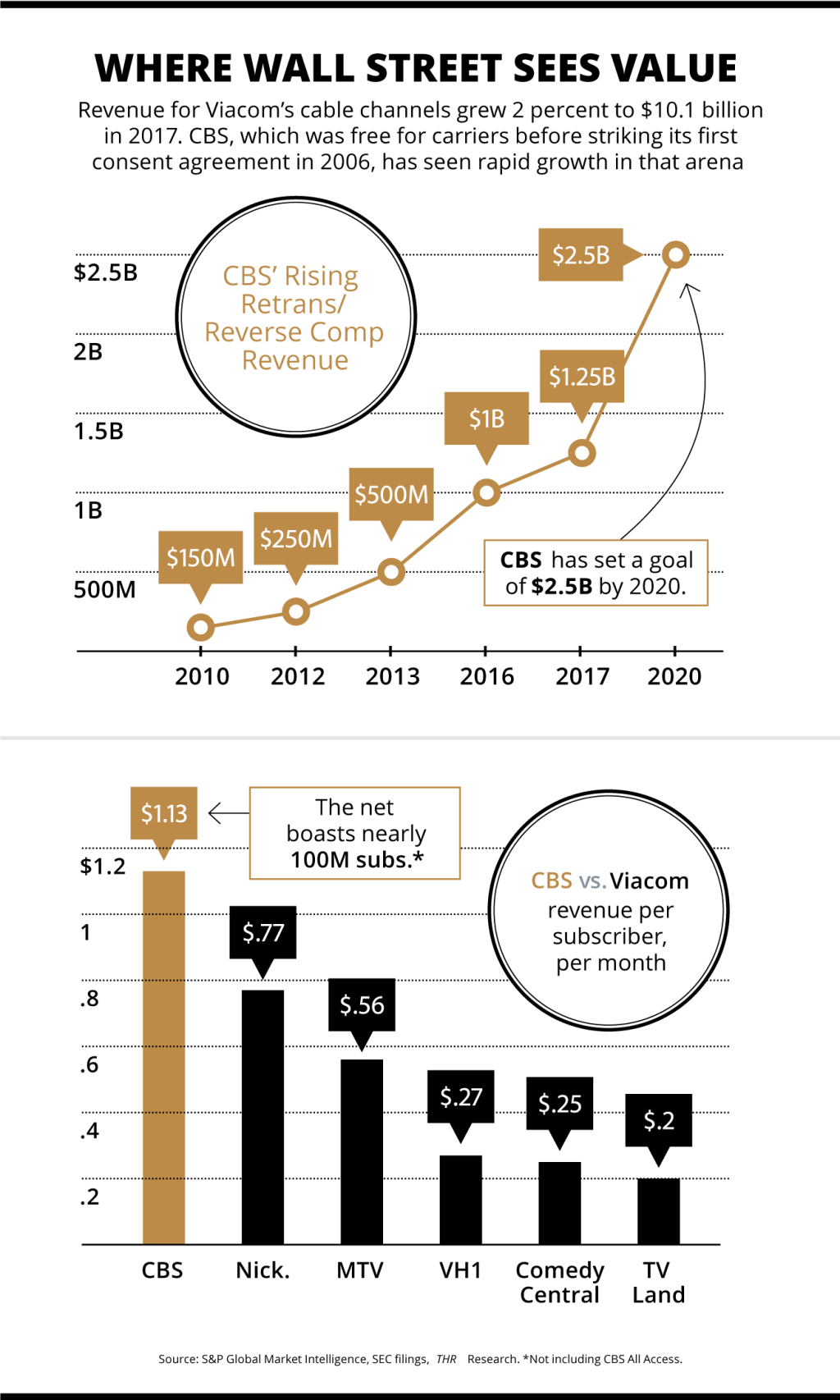