There was plenty of room for interpretation when it came to this year’s Met Gala theme, but when it came to hair, there was one trend that stood out: wigs. Short wigs, long wigs and colored wigs all made an appearance, inspired by everyone from Marie Antoinette to Ariel the mermaid.

The most wearable wig of the night definitely belonged to Bella Hadid, whose glossy pixie with a side-swept bang, courtesy of hairstylist Jen Atkin, was reminiscent of the supermodels of the 1980s, perfectly blended camp and chic. Atkin, who described the look as “Linda Evangelista and vintage Barbie have a baby,” used OUAI Hair Oil and Hair Body & Shine mist on the wig to achieve the retro style. 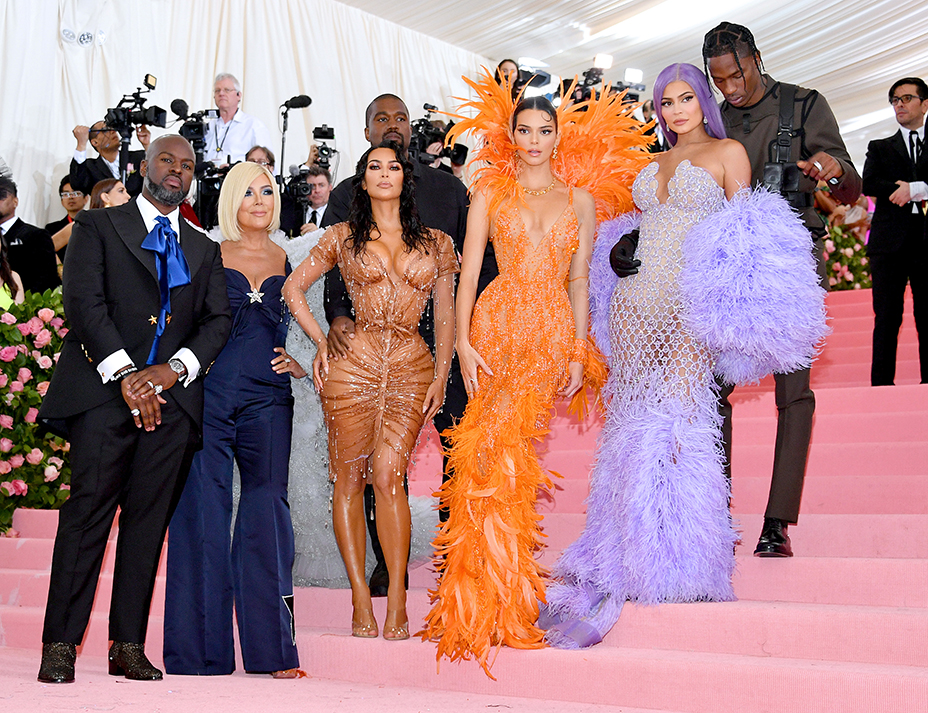 Kylie Jenner opted to matched her hair to her Versace gown, donning a waist-length violet wig styled by Tokyo Stylez (who has also designed wigs for Cardi B and Nicki Minaj). She also persuaded her mom Kris Jenner to wear a bobbed blonde wig on the night. “A couple of hours ago, Kylie decided I should be blonde,” said Kris. “She said, ‘Mom, there’s no black hair tonight.'” 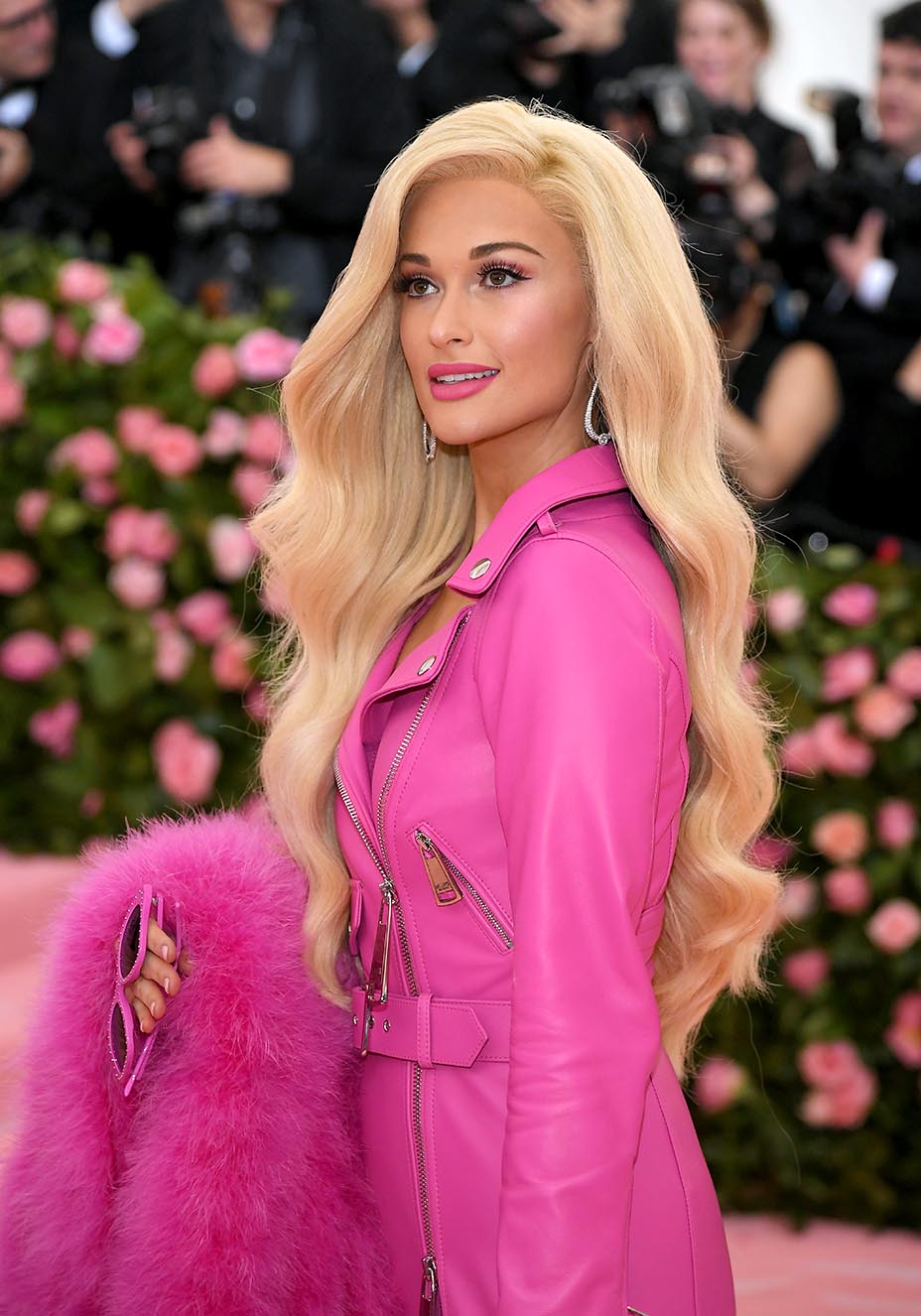 Kacey Musgraves looked to Barbie for both her pink Moschino dress and her blonde wig. “Barbie is an iconic doll that reminds us of playing make-believe in our youth and that we are all young at heart,” said stylist Erica Cloud of the look, which included a pink plastic hairdryer clutch bag (presumably needed as Musgraves arrived in a pink convertible). 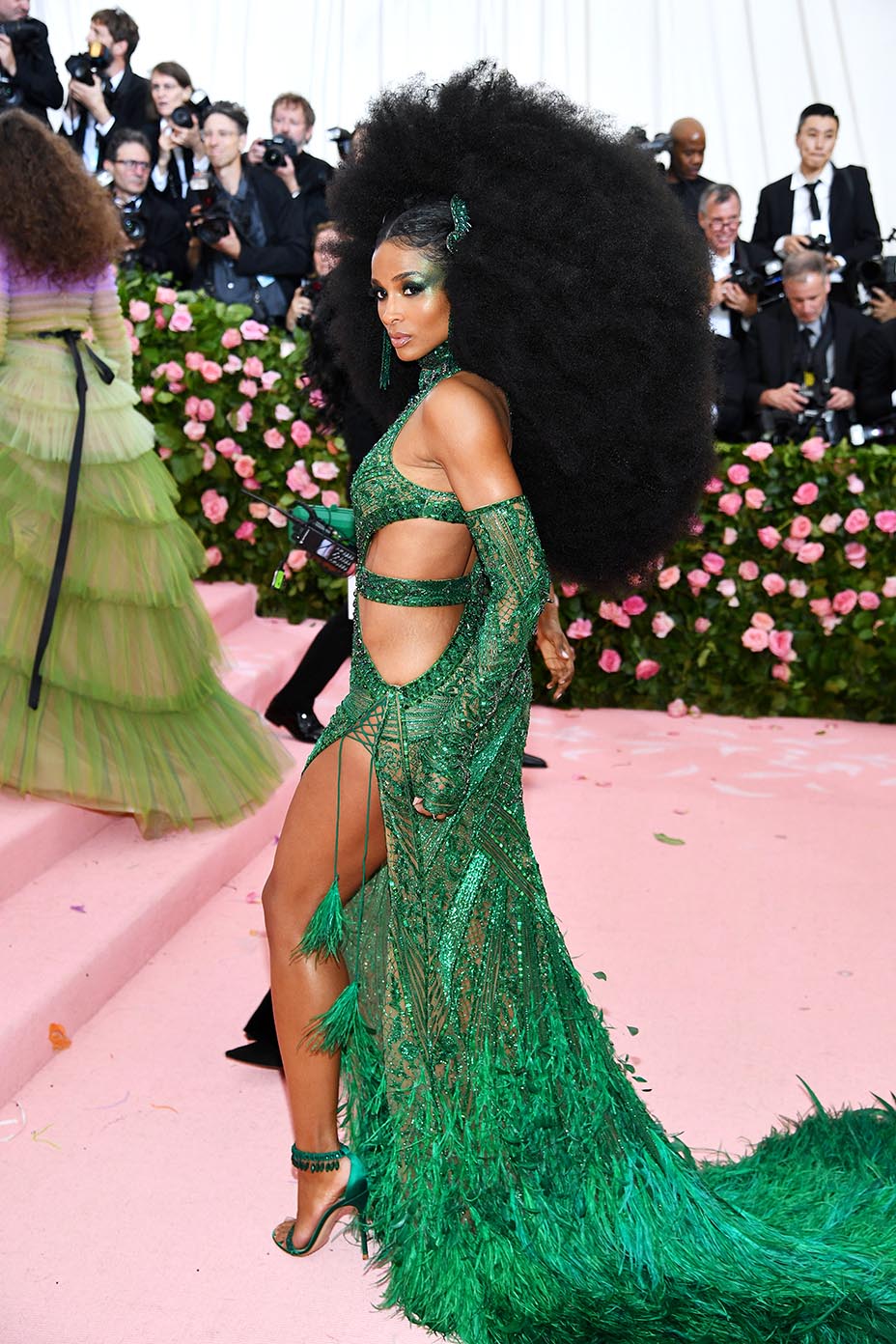 Proving that bigger is always better, singer Ciara sported a giant Diana Ross-inspired wig designed by wigmaker César DeLeön Ramirêz, along with a beaded green showgirl style dress with a feathered train by Peter Dundas, which he created by hand-sewing six individual afro wigs together. “I deconstructed the curls of three wigs, while maintaining the tight curls of the other three wigs,” he explained. “The volume of the deconstructed wigs helped to push out the loosened curls of the others to lend dimension in texture, maximum volume and drama.” 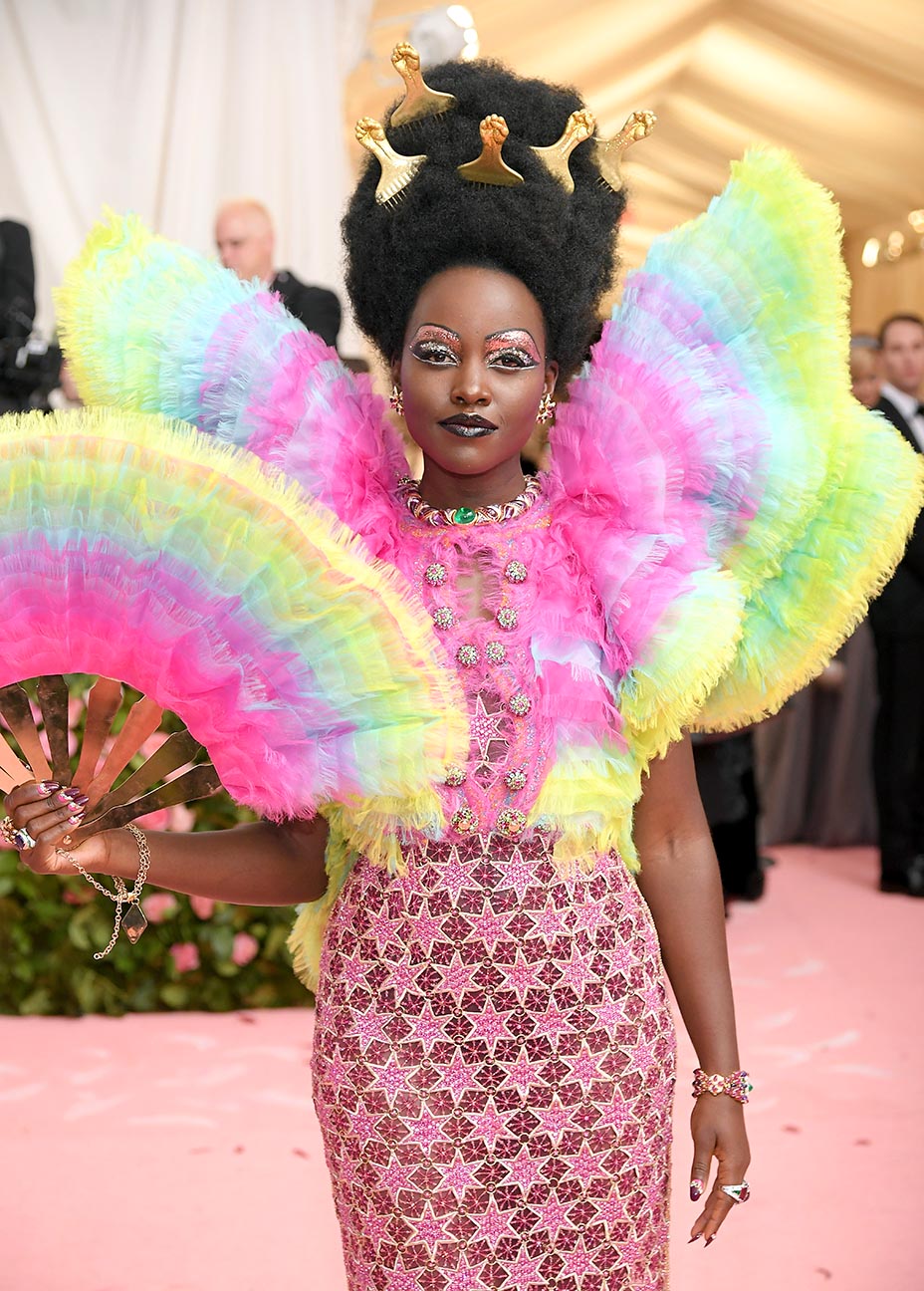 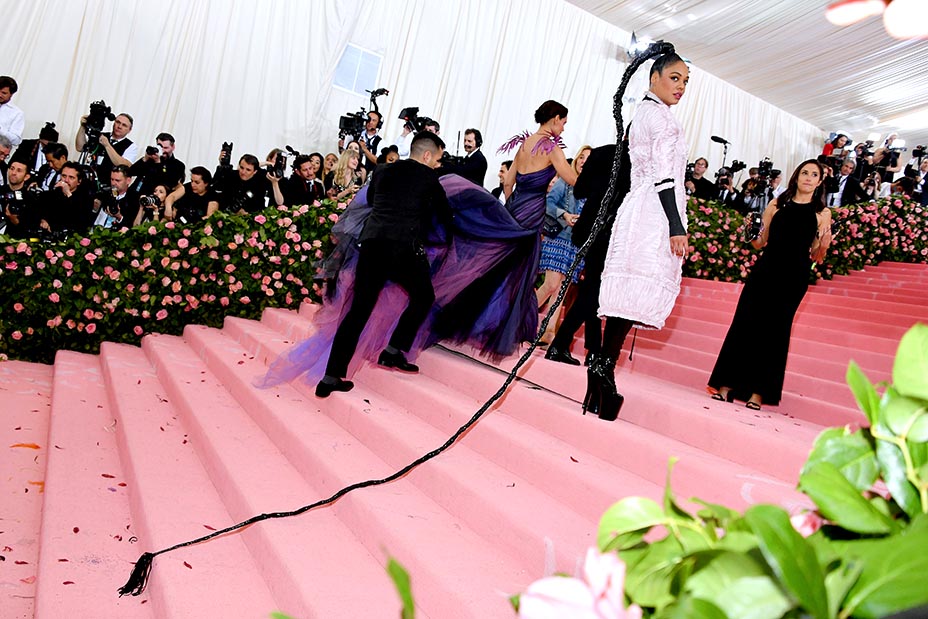