Continue to The Hollywood Reporter SKIP AD
You will be redirected back to your article in seconds
Skip to main content
April 17, 2019 4:26pm

Long before top chefs were celebrities in their own right, Alice Waters was quietly changing the way America thought about food from her pioneering farm-to-table restaurant Chez Panisse in Berkeley, California. Often considered the godmother of the locavore movement, she founded the Edible Schoolyard Project in 1995, which advocates for a free school lunch for all children and a sustainable food curriculum in every public school. So it was no surprise that nearly every top New York chef and many of New York City’s cultural A-list came out on Monday to honor Waters at the 7th Annual Edible Schoolyard Spring benefit in downtown Manhattan. 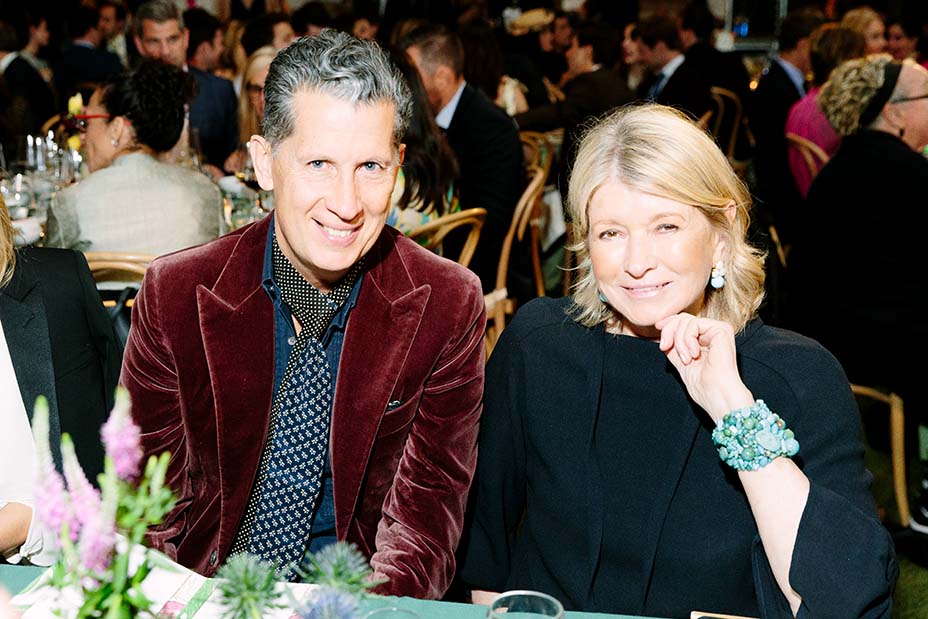 The evening began with a cocktail reception where Bridget Moynihan (Blue Bloods), supermodel Carolyn Murphy and Martha Stewart, among others, mingled over nibbles created by Lee Hanson and Riad Nasr of the Tribeca hotspot Frenchette (Pierce Brosnan and Sean Penn are fans). The airy and open rotunda of 180 Maiden Lane was overflowing with produce and flowers, the greenery creating a warm and inviting spring harvest mood even as the temperatures outside were still chilly. 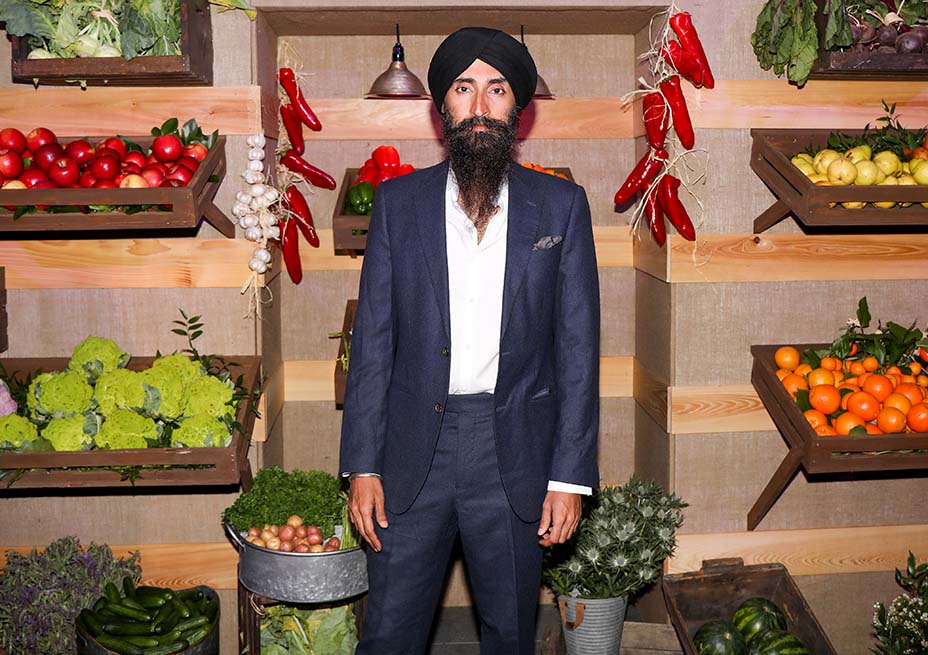 Actors Oliver Platt and Waris Ahluwalia were joined by other creatives, including artist Damien Loeb and designer Ulla Johnson (Jennifer Lawrence and Greta Gerwig’s go-to for summer dresses). Celebrity chefs Tom Collichio of Top Chef fame and Edible Schoolyard NYC’s culinary chair David Chang (of the Netflix show Ugly Delicious) were on hand to prepare signature four-course meals for guests — with each table getting their own special menu.

Bette Midler took the stage to introduce her “fellow rabble-rouser,” whom she met 30 years ago at Chez Panisse. The actress, who recently joined the cast of Ryan Murphy’s new dark comedy The Politician, is a passionate advocate for causes herself, and spoke about the New York Restoration Project (NYRP), a non-profit organization she founded in 1995 with the goal of revitalizing neglected neighborhood parks in economically disadvantaged neighborhoods of New York City.

The guest of honor then took to the stage and gave an emotional speech spoke about how broken the food and school systems are. “We have to focus all of our intention on our last democratic institution, the public school system. It’s the one place in this country where we can reach every single child when they’re young and when they’re open,” Waters said.

Decadent desserts were passed around during a live auction hosted by Jaime Niven of Sotheby’s, where guests bid on covetable food experiences, including guaranteed reservations at 13 of the world’s most hard-to-book restaurants, such as Noma in Copenhagen and Hartwood in Tulum. Chef-restaurateur Greg Baxtrom, of Brooklyn’s most in-demand reservation, Olmsted, served his famous chocolate mousse and shared his party-perfect recipe (below).

The sold-out event concluded with an ice cream afterparty, where Morgenstern’s Finest offbeat sundaes such as the Hot Tin Roof were passed around. The famous ice cream maker is most well-known for its annual Kanye West Ice Cream Week, where they serve Yeezus-inspired treats such as the “Beautiful Morning Milkshake” and the “Bound 2 Banana Split.”

2 cups sugar, divided in half

Melt together the chocolate and butter, then let cool. Whisk egg yolks with half of the sugar. Whisk whites to stiff peaks with salt and cream of tartar, adding sugar when whipped halfway. Fold together in three stages. Put in individual cups and refrigerate until use. Top with vanilla crème fraiche before serving.

Combine creme fraiche, milk and sugar. Scrape vanilla bean pod into the mixture and add the pod as well. Place over low heat until warm, then let steep. Cool mixture then add to ISI canister and charge with nitrous cartridge. Serve alongside or on top of chocolate mousse.