No throwback television premiere would be complete without a fan-pleasing immersive experience. Ahead of BH90210‘s August 7 debut on Fox, the Beverly Hills, 90210 meta-revival is teaming with PopSugar to bring the Peach Pit — the after-school hangout of the teen soap’s characters — to life this weekend in Los Angeles.

The greasy spoon opens today for three days on Melrose Avenue in the space that was formerly home to the first Johnny Rockets in L.A. (It’s not the first time that Tinseltown has taken over the vintage eatery: David Lynch transformed the location into The Roadhouse for 2017’s Twin Peaks reboot.)

By day, guests can order up free (yes, free) menu items such as the Mega burger (the order of choice for the West Beverly High teens), the vegetarian-friendly Beverly burger, the Peach Pit cobbler, a mini cheesecake pie, and chocolate or vanilla milkshakes for lunch. Evening offerings include small bites and 90210-inspired cocktails such as the West Beverly Blaze (Pepsi, vodka, Grenadine, topped with Maraschino cherries) and the Peach Pit margarita (Tropicana orange juice, tequila, lime juice, Triple Sec, sugar, and peaches). Also on offer are beer, wine, Pepsi and orange juice.

“It really was created to mimic what we all remember and love so much about those moments in this show, so that you’re immediately hit with that nostalgia,” Lindsay Leaf, PopSugar’s vp experiential marketing, tells The Hollywood Reporter. The experience was created in a partnership between PopSugar (which was behind last year’s Mermaid Museum and Grey’s Anatomy exhibit) and Fox.

“When people walk into our Peach Pit, they feel like they’re walking into the [diner] from the show,” Leaf says. Her design team spent hours rewatching the original episodes and researching the L.A. filming locations to ensure every design detail was on point; as a result, “there were a lot of people from my team who are new fans now to the show and obviously are now very excited for the reboot.”

Fans who visit the pop-up will recognize the infamous Peach Pit neon sign and clock outside, the textured metal walls and black and white tile flooring, and even the records displayed on the walls. They’ll hear some familiar voices too: Actors Tori Spelling and Brian Austin Green were tapped to create recordings that play in the background to create “a personalized moment that feels like the cast is right there with them.” 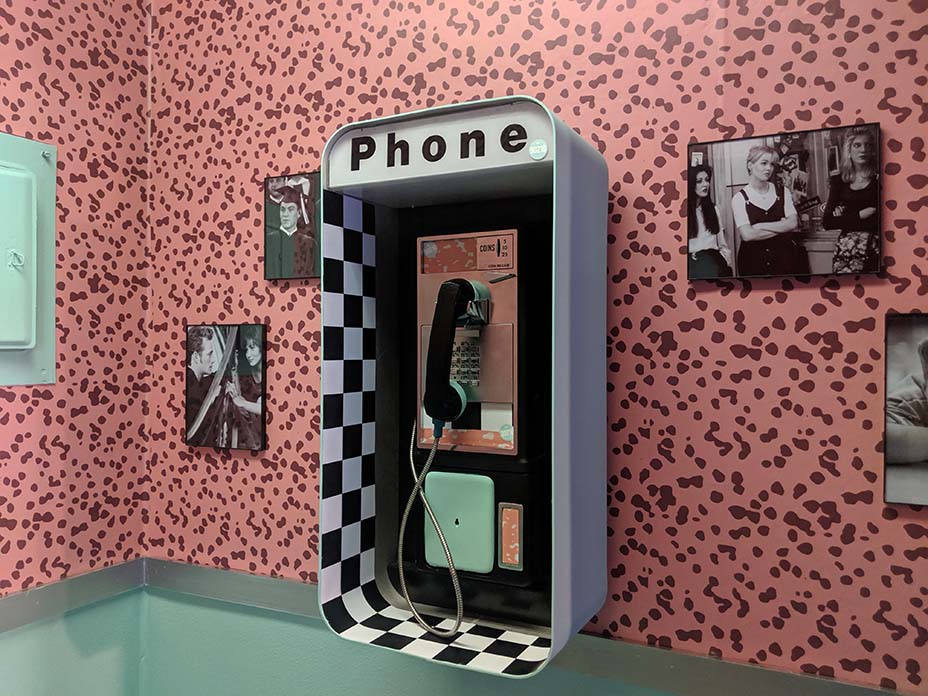 The space also pays tribute to original cast member Luke Perry, who was starring in Riverdale and passed away after suffering a stroke on Feb. 27. The café features a booth dedicated to the late actor, who was an advocate for colorectal cancer awareness after his own scare in 2015. In honor of Perry, Fox is donating $5 to organizations that fight colorectal cancer for every Tweet tagged #FightCRC and #BHPeachPit.

As far as the real offscreen Peach Pit, three different locations were used during the show’s decade-long run. According to film location listing site I Am Not A Stalker, West L.A.’s iconic Apple Pan (now owned by music moguls Irving and Shelli Azoff) served at the first set before the filming moved to a building on Abbot Kinney. The former Ruby’s Diner on South Fair Oaks Avenue in Pasadena was home to the final and most recognizable Peach Pit outpost. 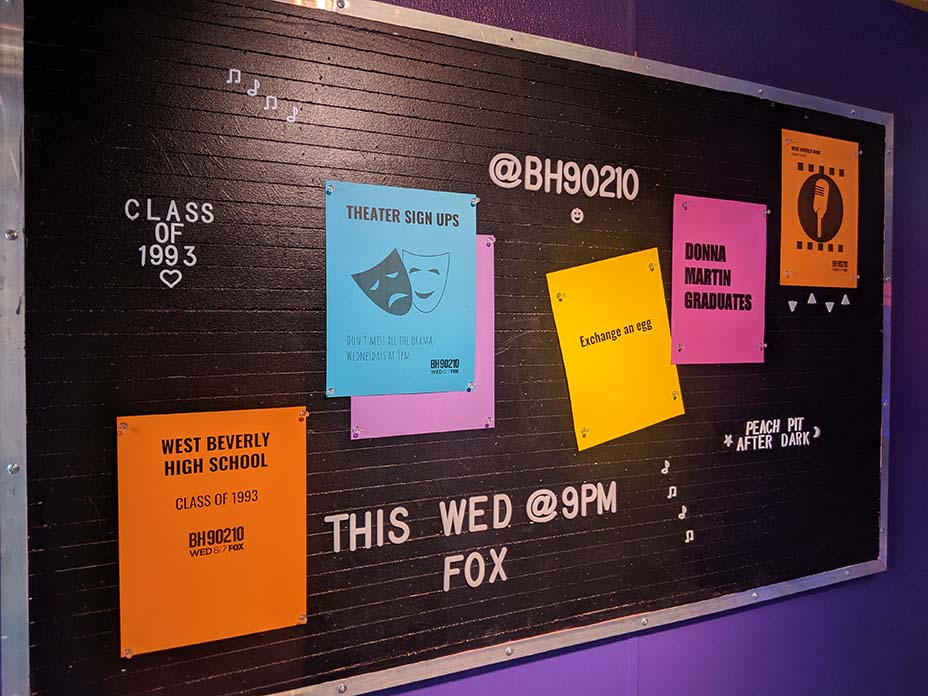 While 90210 devotees can step into the show’s world for a moment at the weekend-long eatery, the diner concept was nearly brought to life permanently over 10 years ago. Actor Joe E. Tata, who played Peach Pit owner and proprietor Nat Bussichio in the series, told the New York Post in 2008 that he was in the process of opening real-life restaurants inspired by the fictional diner, including at the Beverly Center. The plans were ultimately scrapped: “It took too long. We had a giant, big attorney who knew so much he made Uncle Aaron say, ‘No. No more.’ He just changed his mind,” Tata told the Post.

Although reservations are now sold out, a limited number of walk-ins will be accepted — so diehards who didn’t nab a hot seat can expect plenty of time in line to reminisce with fellow 90210 superfans. Oh, and don’t forget to “exchange an egg” once you get to the counter: Leaf reveals there will be “some surprise and delight moments” for those who do. 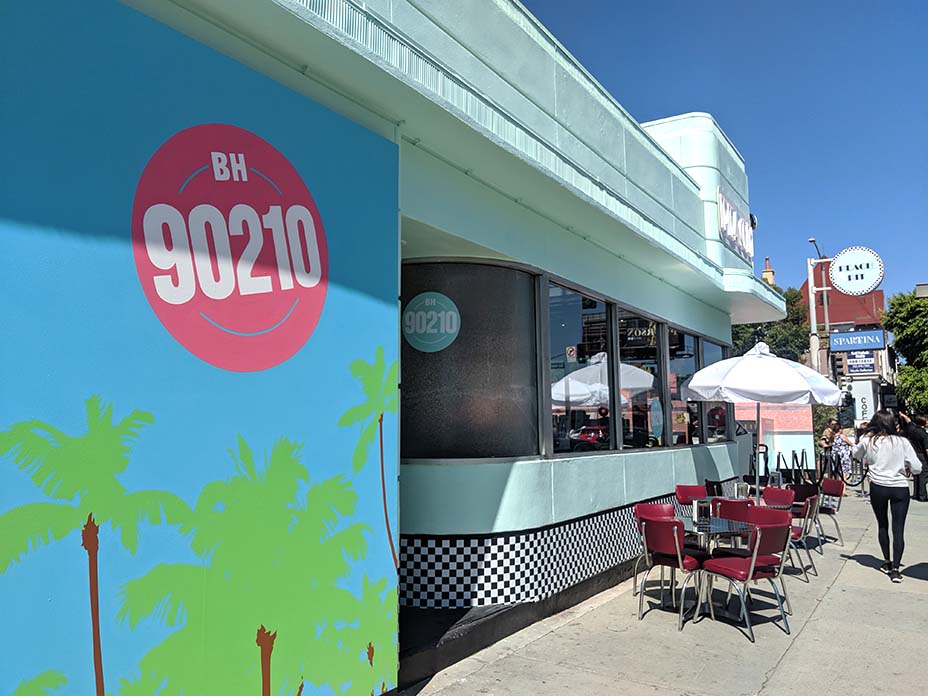