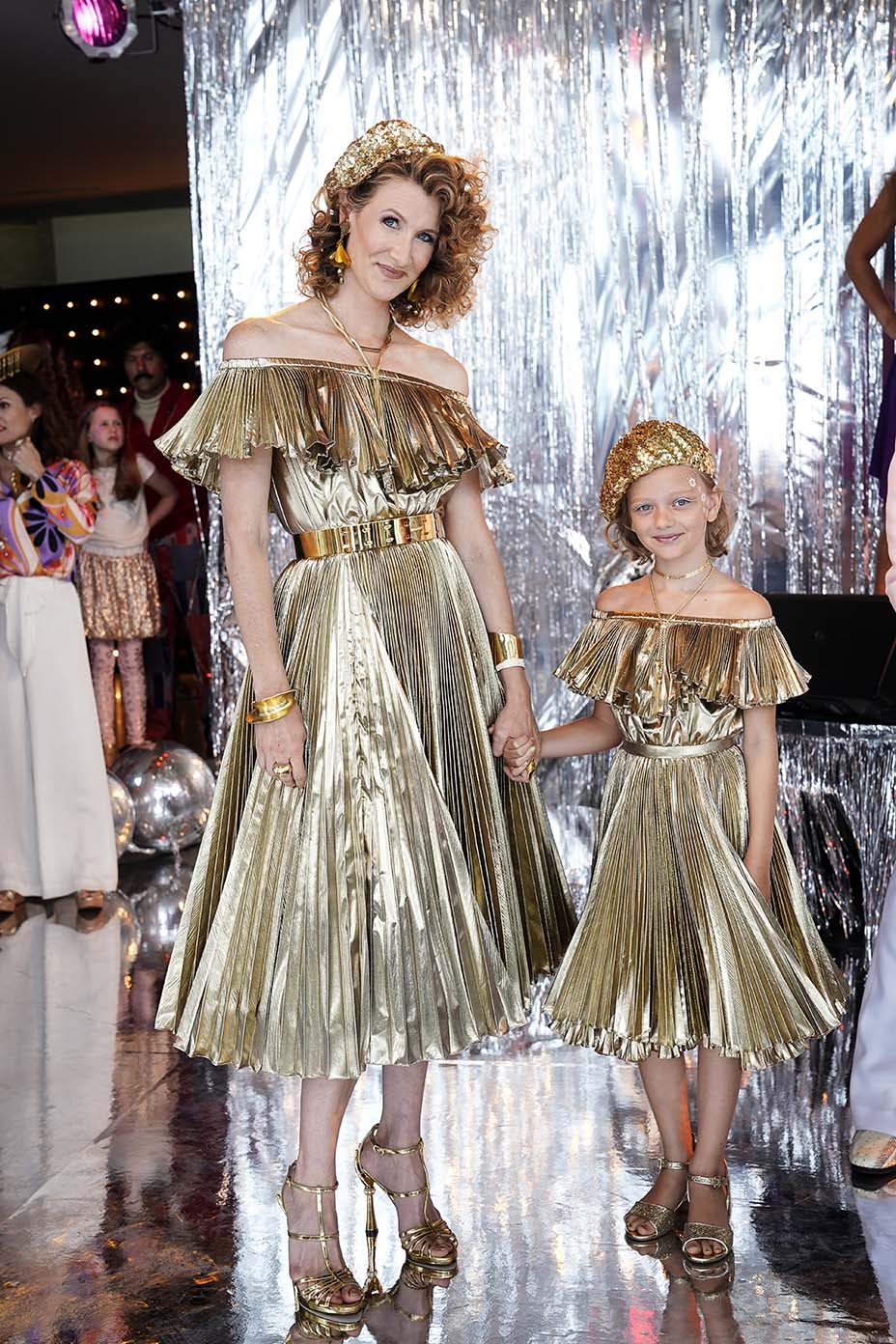 On dressing the A-list castmembers (plus spouses and children), Friedberg notes, “All of the characters have an influence on their clothes, and we really established a strong look for season one and a lot of trust was born between us. It’s all about taking these women and relating visually what they are going through.” 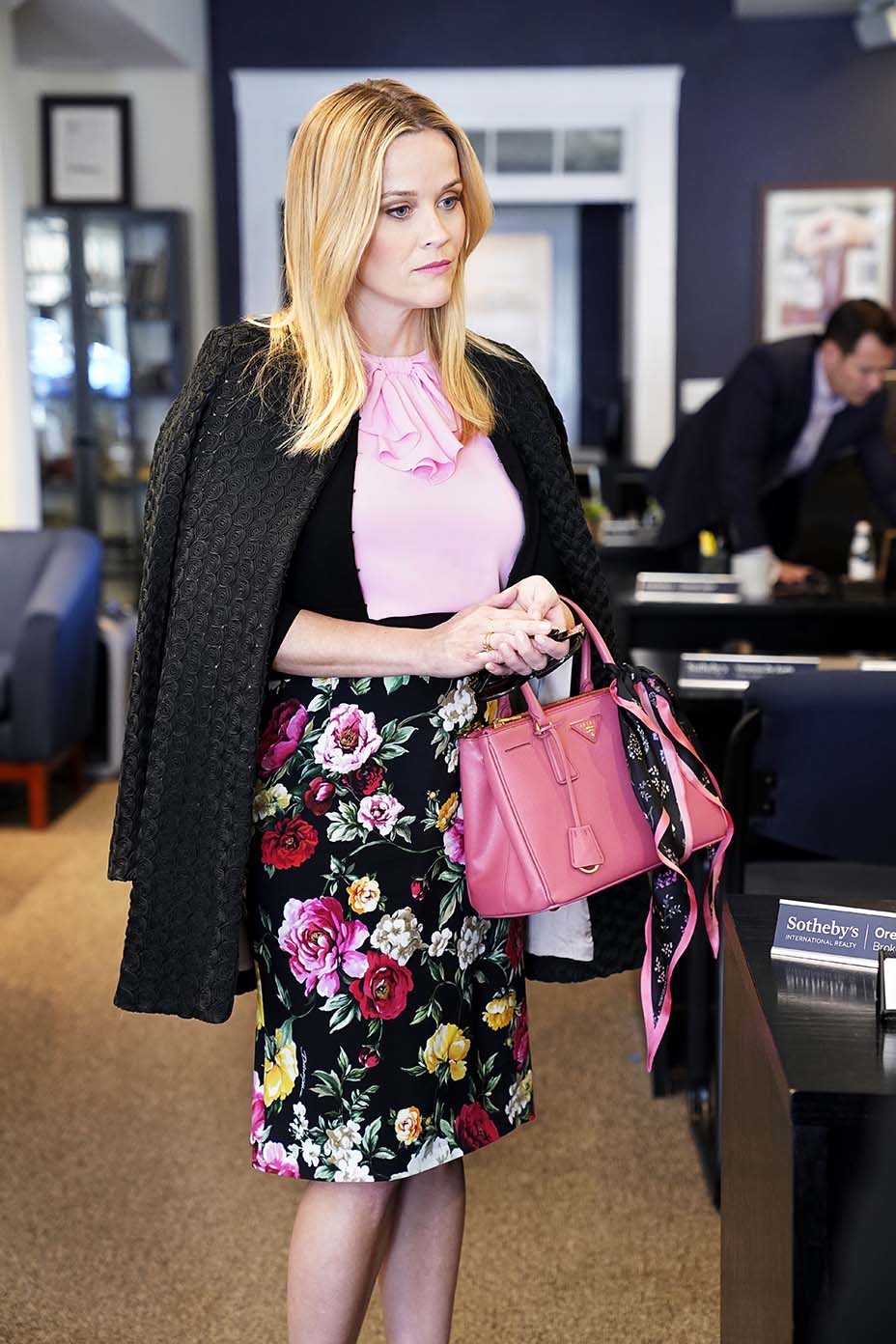 While last season found Celeste wearing turtlenecks and long-sleeved clothing to cover up her bruises, Friedberg details her look this season as “less coordinated, and she often wears her late husband Perry’s sweater to connect with him; she is dressing haphazardly, grabbing the first thing out of the closet as she is running out the door to get the kids to school, and is holding it together by a single thread.”

As for the other characters, Friedman adds that Bonnie is also a bit of a mess, and went from “this sexy, Boho, earthy Monterey skin-baring yoga queen to wearing a lot of shapeless, colorless baggy sweaters,” while Madeline still sports her A-game (clothing-wise), clad in “a bold color palette with patterns, florals, lots of lipstick and heels,” and Jane is “more confident and finds her own style in season two. with a California beachy-vintage thing going on that I loved.”

Friedberg also developed Mary Louise’s (Meryl Streep’s) character with a “very traditional, narrow palette,” which meant almost no prints, very sensible shoes and a pop of color around her neck from five vintage Hermès scarves that she recycles over and over. While she comes from a place of quality, her look is expensive but unremarkable. 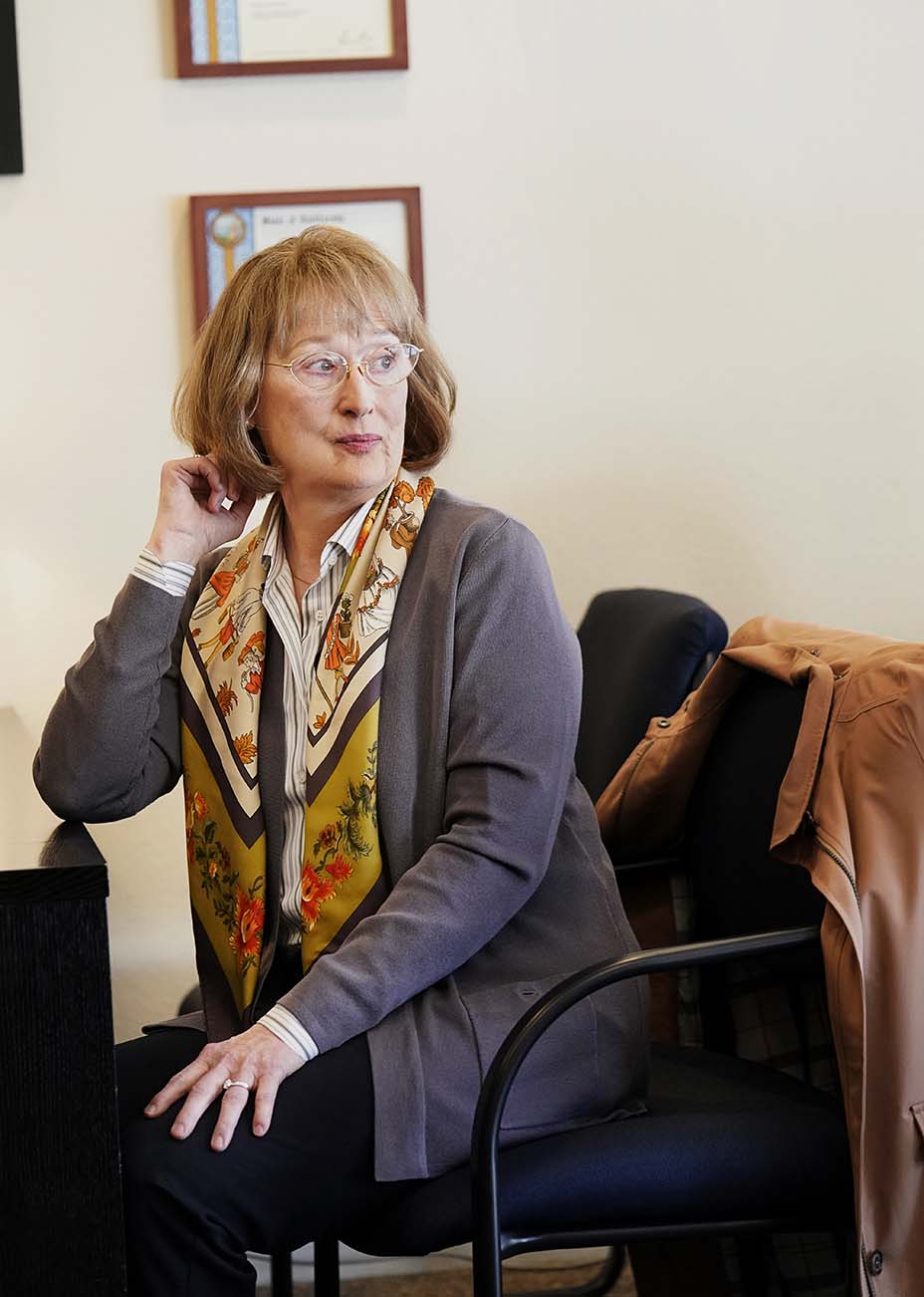 Out of all of the characters, Friedberg says that Laura Dern “loves clothing and has the most fitting time … We love to laugh, and a sitting can last two to three hours as she tries on five outfits.” Dern’s high-strung character, Renata, favors “expensive clothes that are structured, and will wear a lot more color this season,” says Friedberg. 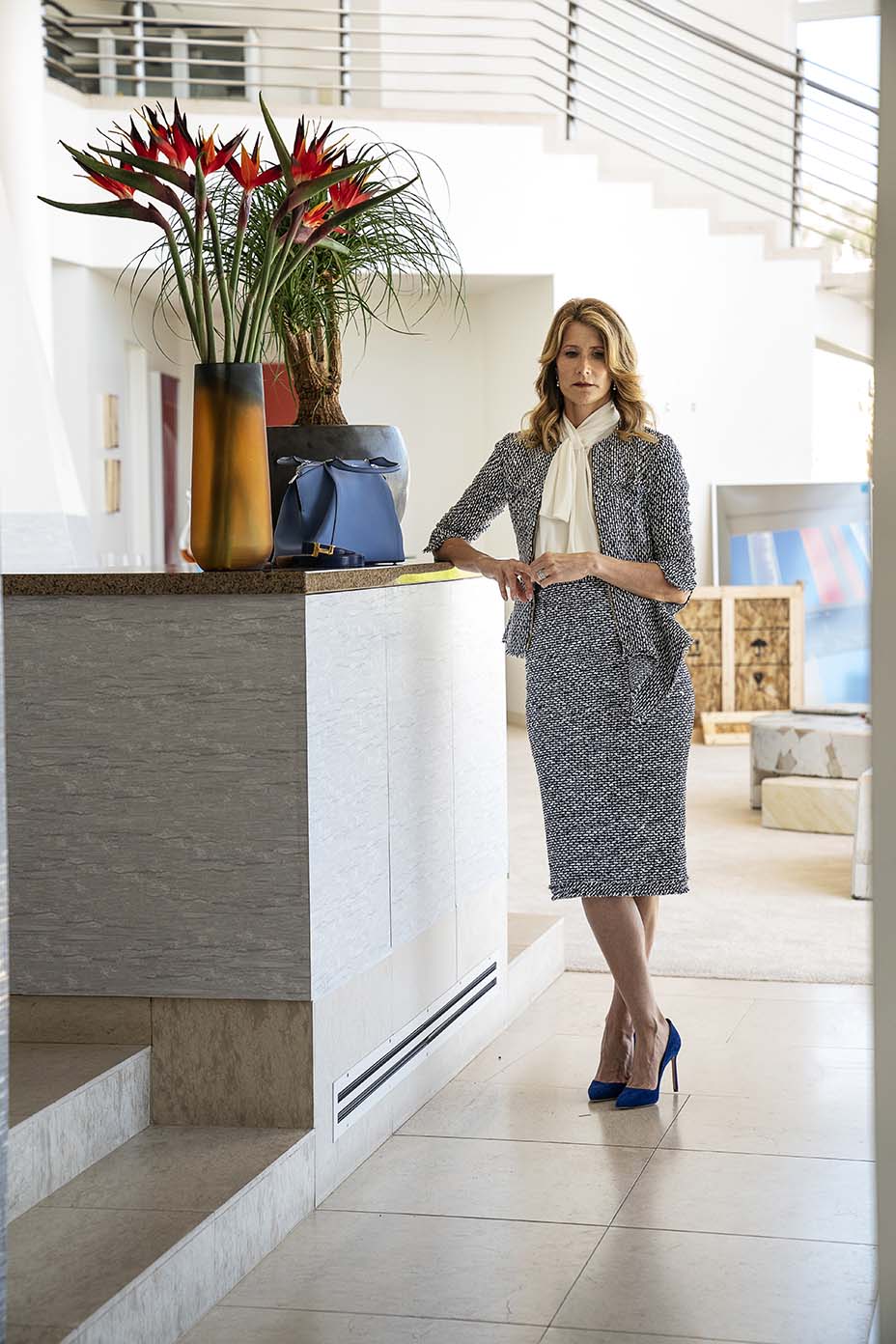 With each character’s closet comprising as many as 60 to 75 costume changes in seven episodes, Friedberg tries to source designer looks from the past seasons so it “feels like a real person’s closet.” Her favorite source is the online luxury consignment site The RealReal. “The RealReal is great for sustainability,” says Friedberg. “I love that the clothes can be a few seasons old; therefore, they have a bit of history and the closets don’t feel like every item is brand new. I shop for all the ladies on the site.”   Expect to see Celeste in Ralph Lauren, Joseph and Max Mara, Renata in Alexander McQueen, and Madeline in Dolce & Gabbana this season.

As a mother of two, Friedberg also understood the importance of the narrative through the children’s clothing, sourcing everything from Brooks Brothers for Celeste’s sons Josh and Max to Target for Jane’s son Ziggy. “I put a lot of thought into the kids’ styles. Chloe has incredible musical taste and I try to reflect that, whether she is into the latest pop star or Janis Joplin. Her older sister, Abigail, has a vintage pieced-together artist look and doesn’t just shop at the Gap. For Celeste’s sons, Max and Josh, I tried to have them look less put-together as their father Perry would have wanted. I let them be mismatched and sportier.”

And if Friedberg could change closets for a day with the moms of Monterey, who would she be? “I think I would be a cross between Jane and Celeste, depending on the day, but would love to be Renata … that would be my dream but I have two boys and live in reality.”