House envy is on full display in HBO’s Big Little Lies. The beachfront abodes filmed in Monterey, Calif. (only one is located there, while Malibu doubles as the idyllic community) are back for a second season of who-done-it secrets, coastal style and stunning vistas when the David E. Kelley series premieres on June 9.

Taking cues from the first season’s director Jean-Marc Vallée, location manager Gregory Alpert notes, “Early on, Jean-Marc gave me and John [Paino, the show’s production designer] marching orders on how he saw the socioeconomic pyramid of the different women and wanted all the houses to have a water connection.” 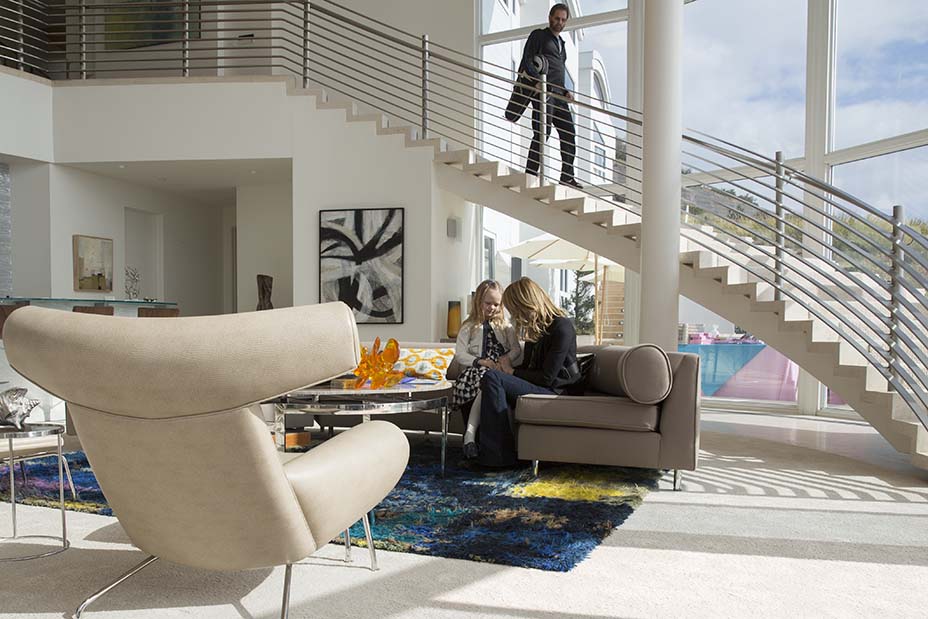 For Laura Dern’s Renata, who was “at the top of the world looking down,” that translated into a mega-mansion with a sweeping grand staircase, a perfect spot where she could hold court with a glass of wine and gaze upon everyone with a view of the ocean in the distance. (Located in Malibu, the house is the backdrop of numerous films and commercials.)

Celeste’s (Nicole Kidman) classic ranch-style home on the Monterey Peninsula (based in Carmel and doubling as an offseason B&B) is “very magical but also has a violent water connection in the backyard as ominous crashing waves against the rocks give it an incredible sense of place,” says Alpert of Kidman’s character, whose home is rocked by domestic abuse.

Reese Witherspoon’s Madeline resides in a four-bedroom bungalow, where both the interior and exterior portions were used (again, located in Malibu’s Broad Beach and used as a B&B), and chosen for its “very Martha’s Vineyard/Nantucket quality with that beachy-comfy with a kitchen that is the center of attention.”

For the “Monterey Five,” as they are known, all of the homes reflect a pecking order of wealth and location, and perfect interiors that attempt to mask the chaos of their lives.

Shailene Woodley’s Jane, who plays a blue-collar single mother at the bottom of the chain, gets new digs by the water when the show returns. The pair begin the design process with detailed mood boards for each character, complete with photos of furnishings and color samples. “We do a palette for each season and the process is almost like anthropology,” details Paino. “For Jane’s new condo, we filmed at the Sea Ranch, a sprawling complex of beautiful old condos built in the ‘70s with exposed wood and now worth $2 to $3 million.”

Wells notes the boards also reflect character-driven details and they begin the design scheme by “asking what the character would and wouldn’t have done with the design of their homes.” She describes Jane’s condo as “equal parts boho, Pier 1 and thrift shop,” which meant strong color on the walls as a backdrop to Jane’s figurative art, a futon sofa and lots of toys for her son Ziggy. 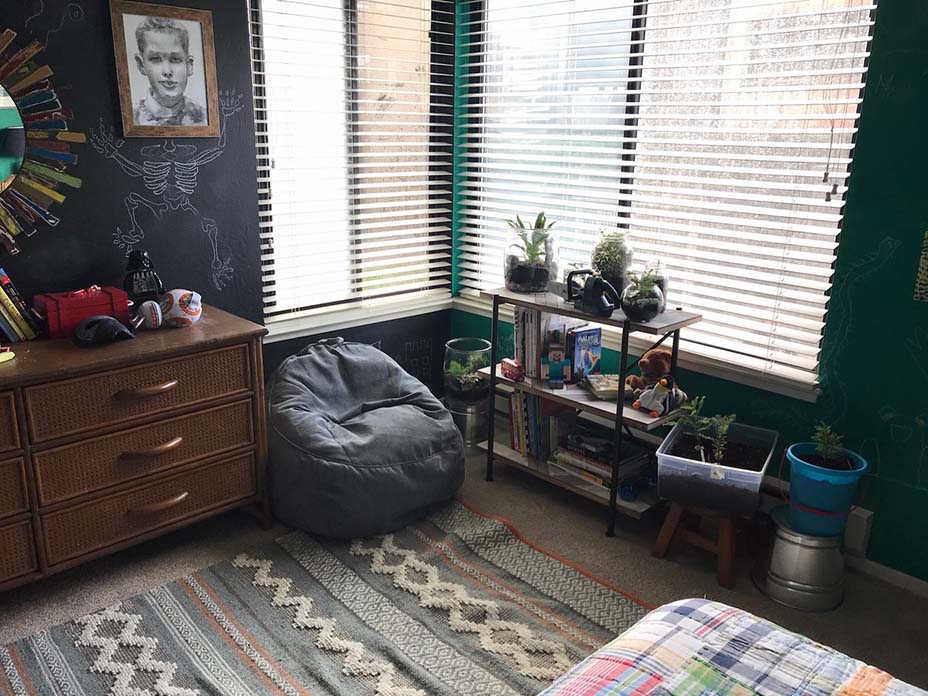 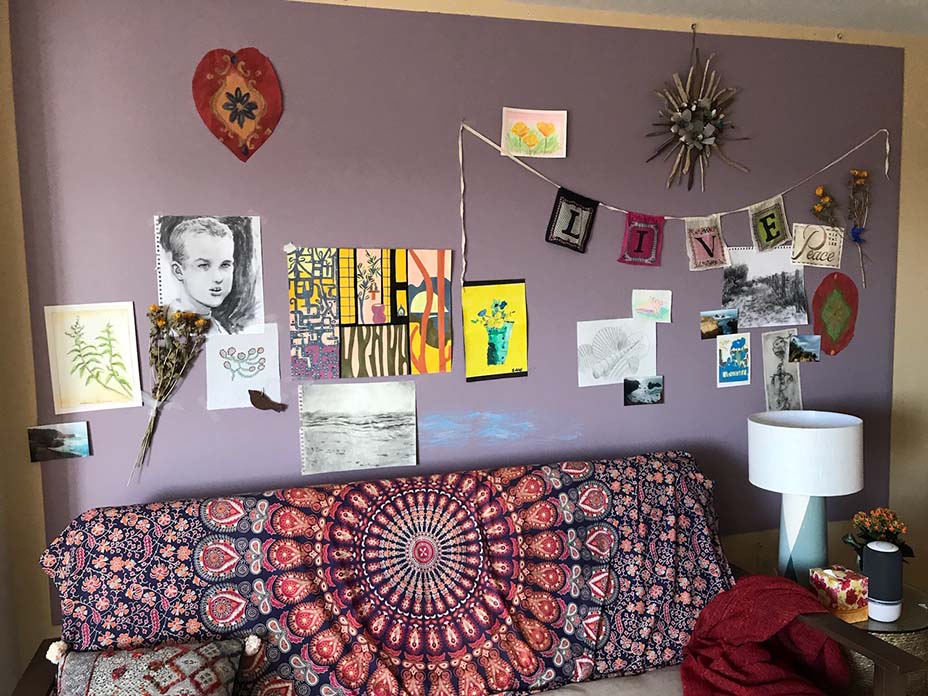 Jane also gets a new neighbor at the condo, Celeste’s prying mother-in-law Mary Louise (played by Meryl Streep), who lost her son last season. Mary Louise is staying over at Celeste’s home often when the season opens.

“Meryl gave me input on what she wanted for her character, as she is very sensitive to her surroundings. She really wanted it to feel East Coast and replaced the abstract art with more figurative paintings,” says Wells, who sourced the condo’s interiors from William Sonoma Home and Ethan Allen.

Paino details that her décor was “provincial Connecticut Protestant new classic with a conservative bent” and the spectacular water views (Wells says you can open a window and feel the spray from the ocean) dictated a nautical aquatic-style theme to the twin grandson’s bedroom for sleepovers. 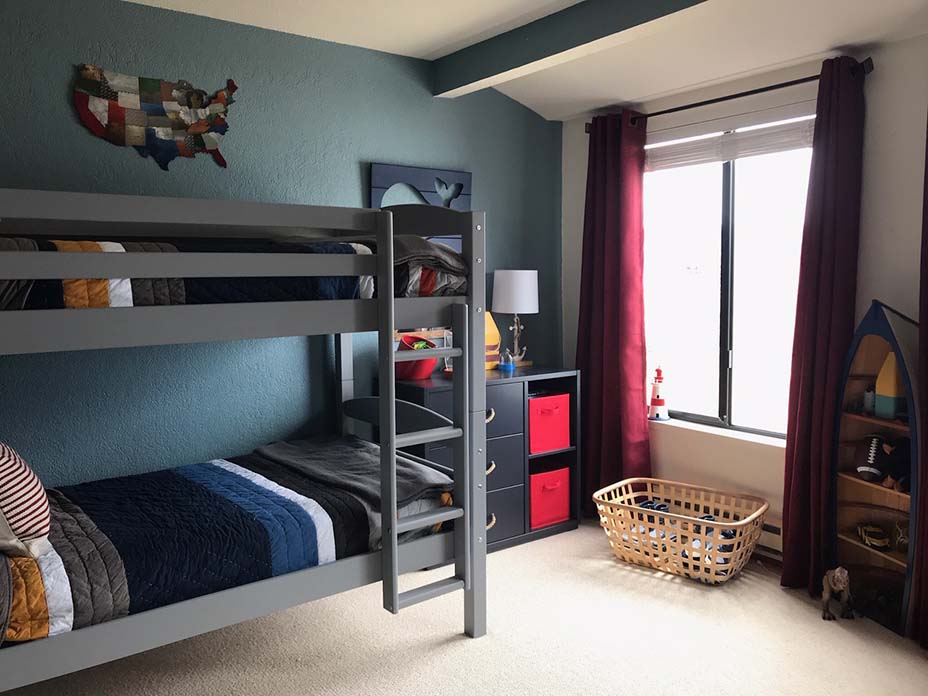 Perhaps the designers’ favorite new addition to the show is the Blissful Drip Café, a coffee shop on Monterey’s Lovers Point where the women meet far from the watchful eyes of the community.

“This is a place where they can meet and none of their peers will eavesdrop,” says Paino. “We built it on location and actually made coffee. We gave it to the town when we were done, and it’s now set up as a coffee shop.” 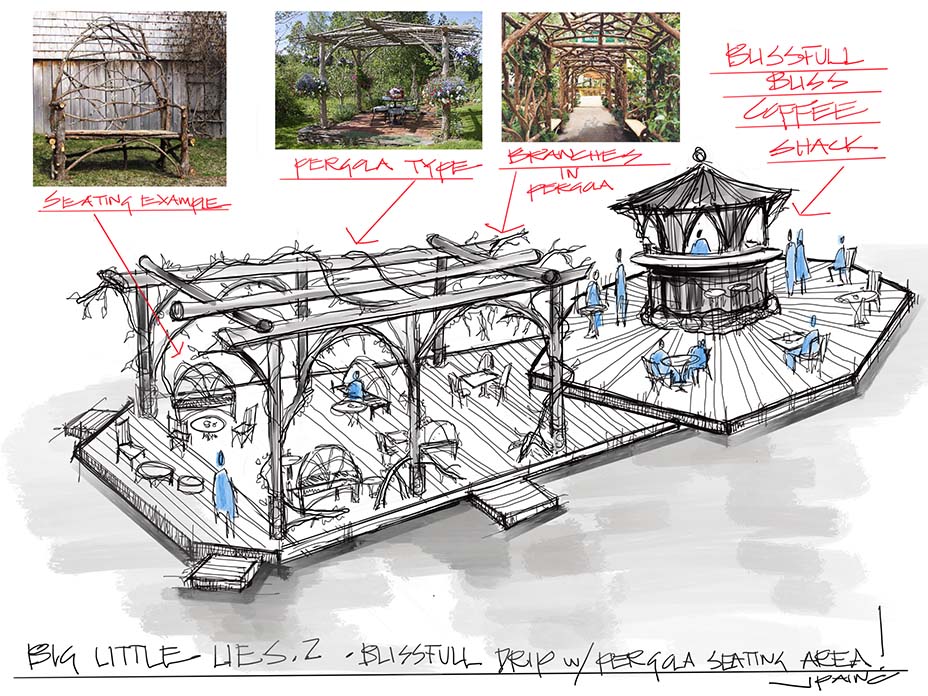 The designer, who also teamed with Wells on the HBO series Sharp Objects, compared the café to a “storybook house in the woods,” adding, “people think of the Monterey Five as witches and it’s like a coven.” For the set’s furnishings, Wells looked to the popular site Etsy for several companies who could make twig and vine furniture and a favored piece was a bench made with a fitting peace sign on the back.

At the end of the day, the designs signal the fact that “all is not as it appears to be” as Paino notes, “The knives are out this season. The women are psychologically scrambled, and it is reflected in their homes. It’s perfect and it’s not so perfect and it goes across the board.” 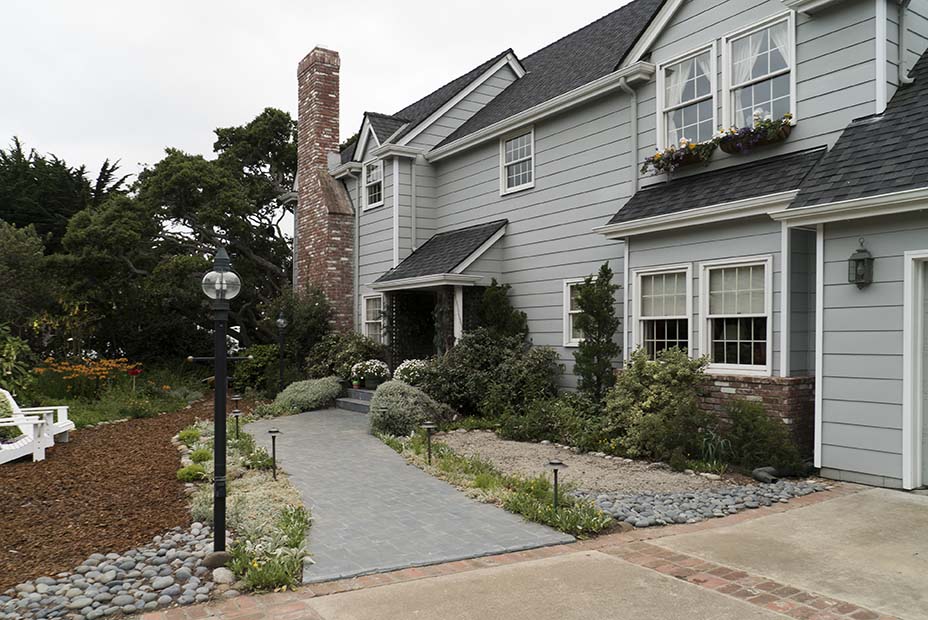