Growing up in crime-ridden Snowtown, South Australia (“the equivalent of Compton,” she calls it), Bruna Papandrea stayed out of trouble by gravitating toward the arts. “A couple of girls were murdered in my school, but I had amazing teachers,” says the third of four children of a single mother. After she dropped out of college, a playwright friend helped her land a job as an assistant at a commercials company, and within a year Papandrea was producing ads for brands like Coca-Cola and KFC. But a romantic breakup led her to move to New York, where she waited tables and was an intern on the 1997 Luke Perry thriller Lifebreath. She did a bit of everything on set and wound up with a co-producer credit.

Since then, Papandrea, 48, has honed her skills as a producer with a knack for finding books ripe for adapting, like Gillian Flynn’s Gone Girl and Liane Moriarty’s Big Little Lies (season two bows June 9 on HBO). The mother of twins (a boy and a girl; her husband is producer Steve Hutensky) is currently working on a slate that includes Moriarty’s Nine Perfect Strangers at Hulu and Karin Slaughter’s Pieces of Her at Netflix. On the film front, her Made Up Stories production company has three movies scheduled for release in 2019: the Lupita Nyong’o zombie pic Little Monsters (Neon), Jennifer Kent’s The Nightingale (IFC) and the Natalie Portman starrer Lucy in the Sky (Fox Searchlight). Papandrea, who oversees a staff of eight, invited THR to her office in Culver City to talk about being hardballed by studios and her sudden split from producing partner Reese Witherspoon after four years.

How is the WGA/agency feud affecting you as a producer?

I’m a working-class girl. I’m like a union girl. The unions protected my family when I was young. But I think the issues are very complicated. Obviously, the business is shifting in such a big way. I have an affiliation with Endeavor Content, and I’ve actually had two experiences with [Endeavor’s] affiliated companies. And in both cases, always, I’ve been able to develop things outside the system and derive better deals for all the talent: actors, writers, directors, myself. So for me, those relationships have been far more beneficial for all talent involved — much more so than when I’ve made shows the traditional way with studios, which is a very archaic system. You make shows for traditional networks, and they’re paying you a third of what the premium people are paying you, and your profit definition is nonexistent. I’ve had many conversations with showrunners who’ve had traditional deals at studios and who cross-collateralize their losses and who don’t see profits from huge shows. Why isn’t that under the microscope? There’s three corporations, essentially, that own the entire business now. I do feel a bit sad for my agent friends. They don’t know when it’s going to end and what their life looks like. They’re suffering, too. Their finances are suffering.

How did Big Little Lies initially get on your radar?

I was shooting a comedy in New Orleans. Someone said to me, “Have you read Big Little Lies? The author is Australian.” Because I’m Australian and obsessed with all things Australian, and I was obsessed with trying to work back there because it’s my home and I love it. And I’d been trying to find something to do with Nicole Kidman for years. So I read the book overnight, and I was like, “Oh, my God, it’s nirvana. It’s got five women at the center,” and I said to Reese, “I’m going to give it to Nicole. We should go make this in Australia.” Nicole read it overnight because she’s like Reese. They’re avid readers. She called me the next day and she goes, “I’m going to Sydney and I can meet Liane Moriarty, and we should do this.” And then Reese read it and was like, “It’s amazing. We should do it in America, and I want to be in it, too.” We talked to Liane and asked, “Are you OK with us resetting it?” And she was. We chose Monterey, California.

Your split with Reese seemed sudden. What was the reason for the breakup?

We had an amazing time together. But I was always someone who, even if you have one partner, ultimately you’re still not making every decision yourself. And there were so many people I wanted to work with. She had [clothing line] Draper James. She’d always been interested in starting Hello Sunshine and was interested in the digital side and the straight-to-consumer side. So she wanted to start this kind of big company, and my path was different. I think we both felt our paths were kind of separate. That’s it. We continue to make a lot of things together. I can’t say it was easy. It was difficult. Because, you know, it’s always hard when you have a successful partnership and there’s real love there between people.

How did you decide who got to keep what projects?

We just produced Noah Hawley’s movie [Lucy in the Sky] together for Fox Searchlight with Natalie Portman. We have a couple of movies that we’re still doing together. As time’s progressed, sometimes I’ve said, “You take this.” And she’s done the same to me. Because it just makes sense on a lot of levels. She’s building her company, I’m building mine. It’s never contentious. Maybe there’s one or two things where it’s a little heartbreaking. You know, like any separation. But for the most part it’s been really good. And we also successfully made the second season of Big Little Lies together. 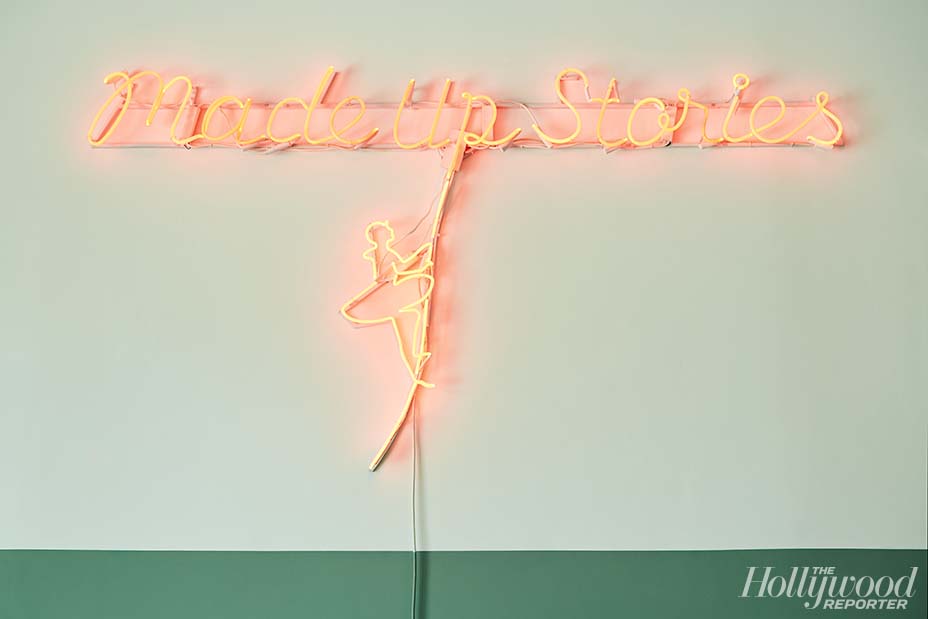 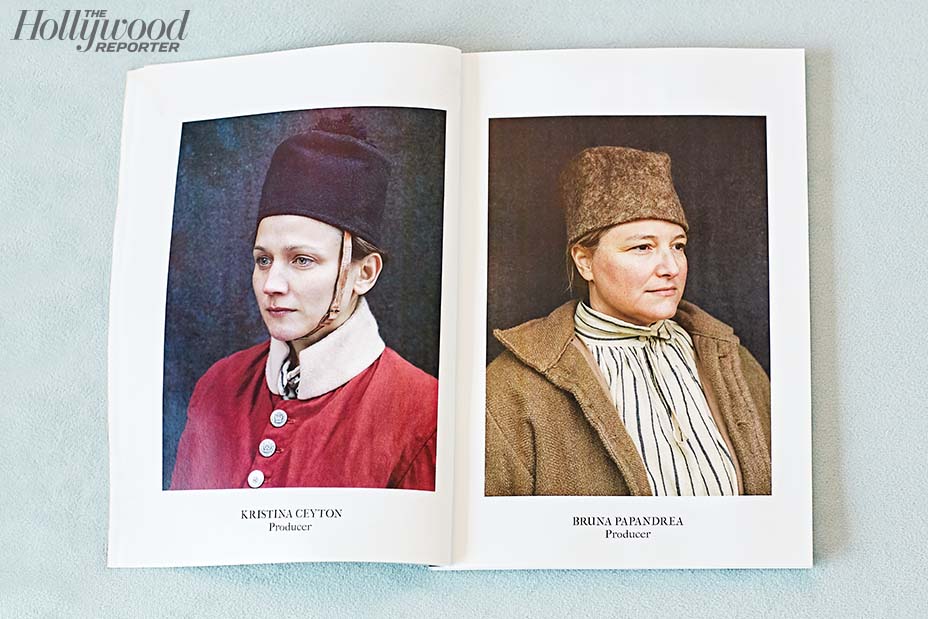 Whose idea was it to make another season?

It was HBO going, “Do you think there’s any more story? Do you think we can do another one?” And I remember talking to Nicole and [her producing partner] Per [Saari] and going, “Maybe we should just ask Liane.” What happened after that was like, “Let’s see if something can happen here organically.” Would she want to write a story? Would the actors want to come back? At every point I was like, “It’s never going to happen.” Because too many things had to fall into place. But Liane did have an idea, and we approached her about writing an outline, and what she delivered was really a novella, like a 170-page novella. And it was great. And then we took that and gave it to David E. Kelley. He was like, “We should do it.” Obviously you had Nicole and Reese wanting to do it, but then you had to convince the other cast. And then there was an amazing new role, and Liane was like, “We have to go get Meryl Streep.” Liane’s always like, “Here’s who has to play the roles.” Reese and Nicole both had great relationships with her and approached her, and I think she’d been a fan of the show. And so that happened. 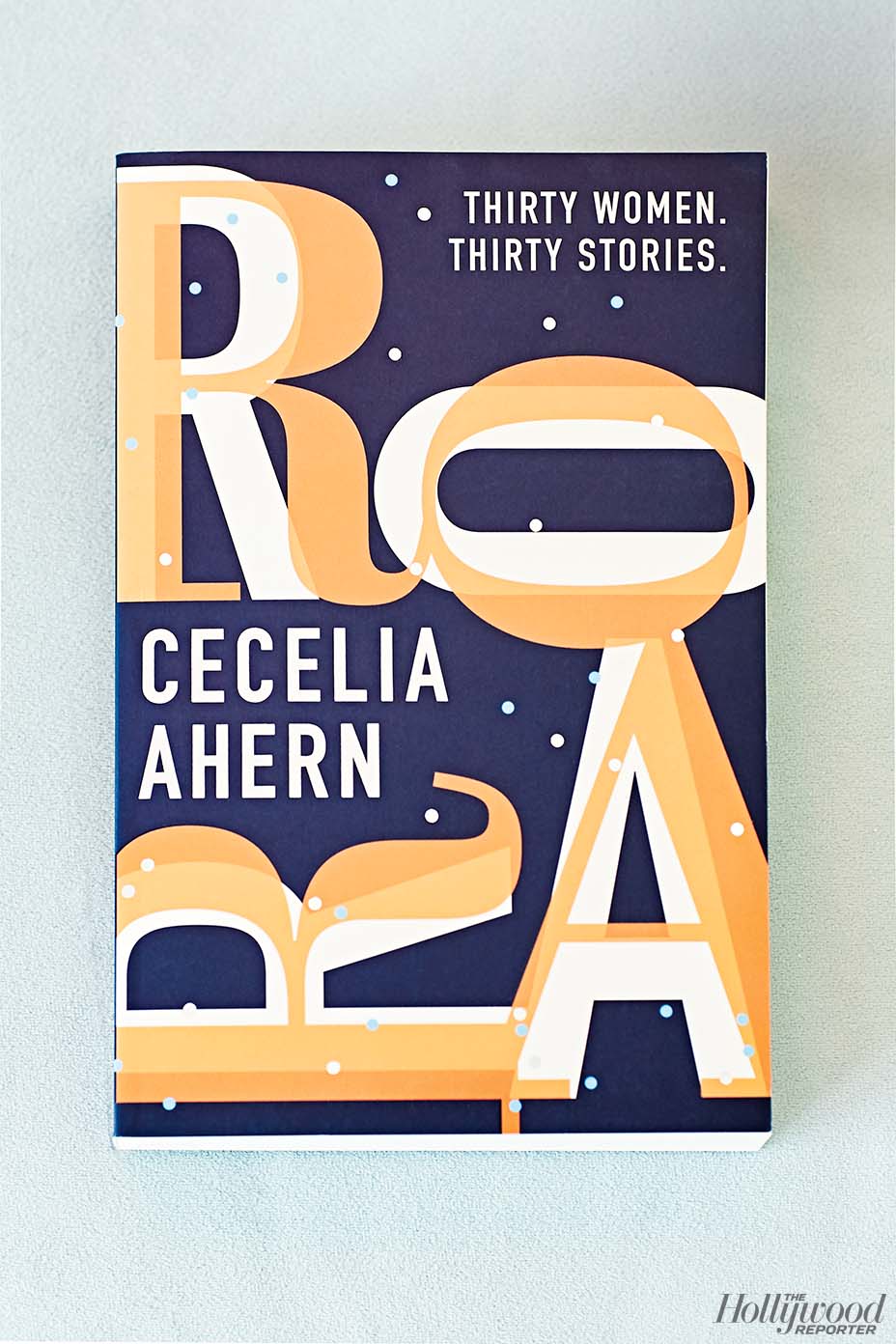 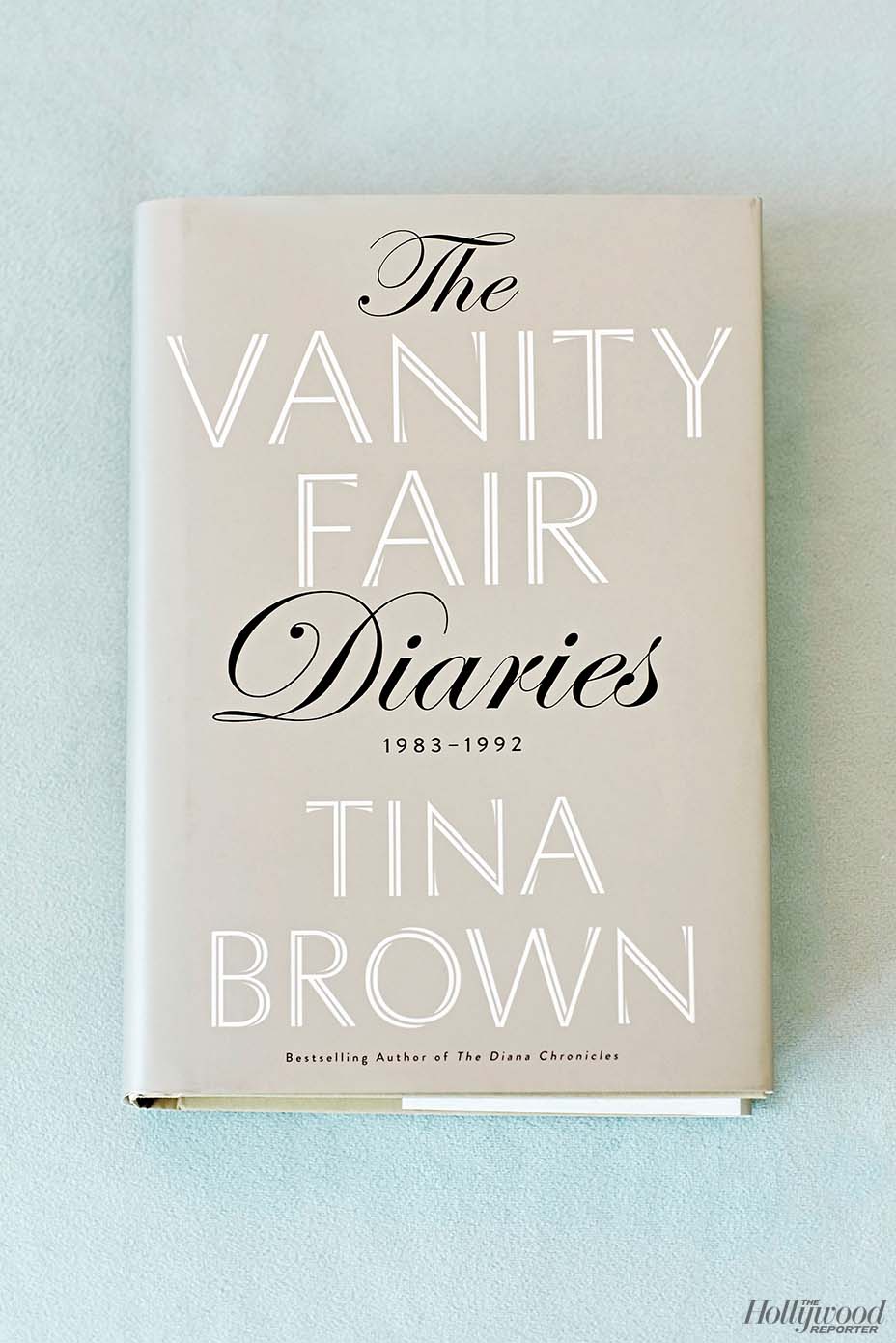 Reese leveraged her massive Apple payday into getting everyone on Big Little Lies huge pay raises. Did you get one too?

Yeah, I got a pay raise, but I wouldn’t say it was substantial, to be honest with you. HBO’s really fair. They paid me fairly the first season. I teach the girls who work for me, “Advocate for yourself.” I’ve walked away from multiple deals. I walked away from a deal last year because they refused to pay me and another female producer our points. I said, “Fine, I won’t do business with you.” And I guarantee you, they wouldn’t have had that conversation with a male producer.

Are there any networks or studios you won’t work with? 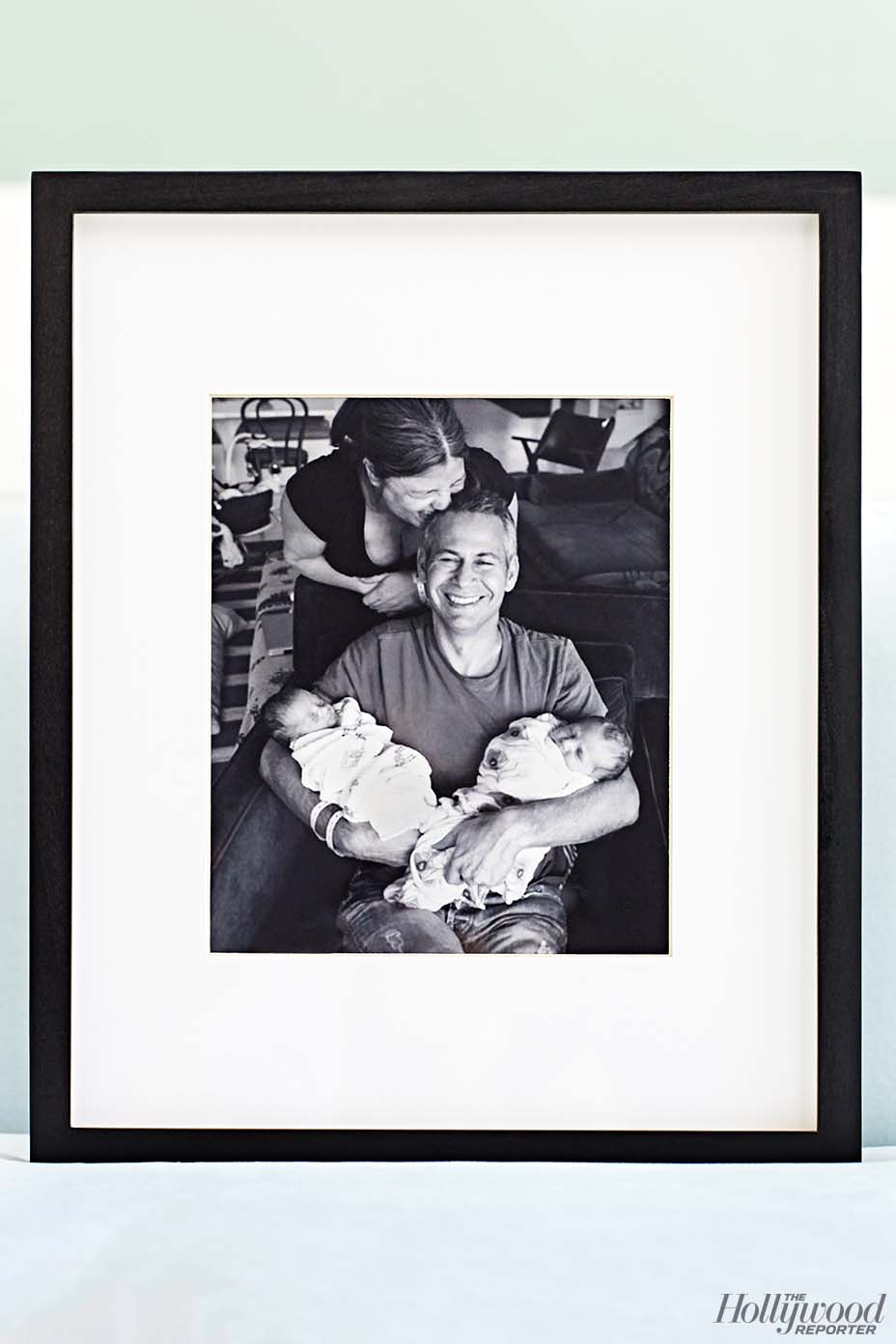