Continue to The Hollywood Reporter SKIP AD
You will be redirected back to your article in seconds
Skip to main content
November 4, 2016 8:00am

Pick a ZIP code in Los Angeles, and you’ll likely find a real estate development project that involves a Chinese company. From downtown to the Valley to the Westside, multibillion-dollar projects in various phases of completion are being overseen and financed by Chinese developers and banks. “In the beginning they wanted the best locations possible, but that has expanded into other markets,” says CBRE’s Laurie Lustig-Bower, who has worked extensively with Chinese developers. “They move very quickly.”

The volume of projects has been a boon for the local economy, but a recent slowdown in China’s economy and a real estate bubble back home have made some observers wary. Some fear a situation similar to that in 1990, when Japan’s five-year real estate binge in California crashed to a halt after that country’s asset bubble burst, triggering a stock market crash and a selloff of scores of L.A. properties. “If there were a big crash, then you are going to be hit with a very serious problem, which is capital control,” says Minxin Pei, the Tom and Margot Pritzker ’72 professor of government at Claremont McKenna College and an expert on China. That, according to Pei, could result in the capital spigot backing these projects being turned off and some of them going belly up. 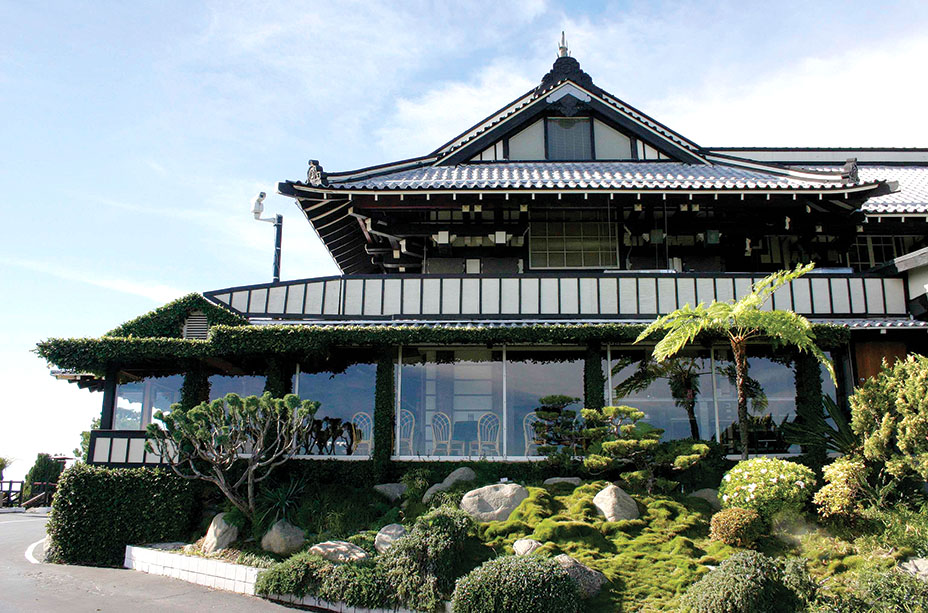 MALIBU In August, the 650-acre Malibu Golf Club property, tucked in the Santa Monica Mountains, sold for $30.5 million to the Hong Kong-based company Shinhan Golden Faith International Development. The golf course had been in court-ordered receivership after its previous owner, Malibu Associates — led by Dick Fuld, the former head of Lehman Brothers — defaulted on a $47 million loan. 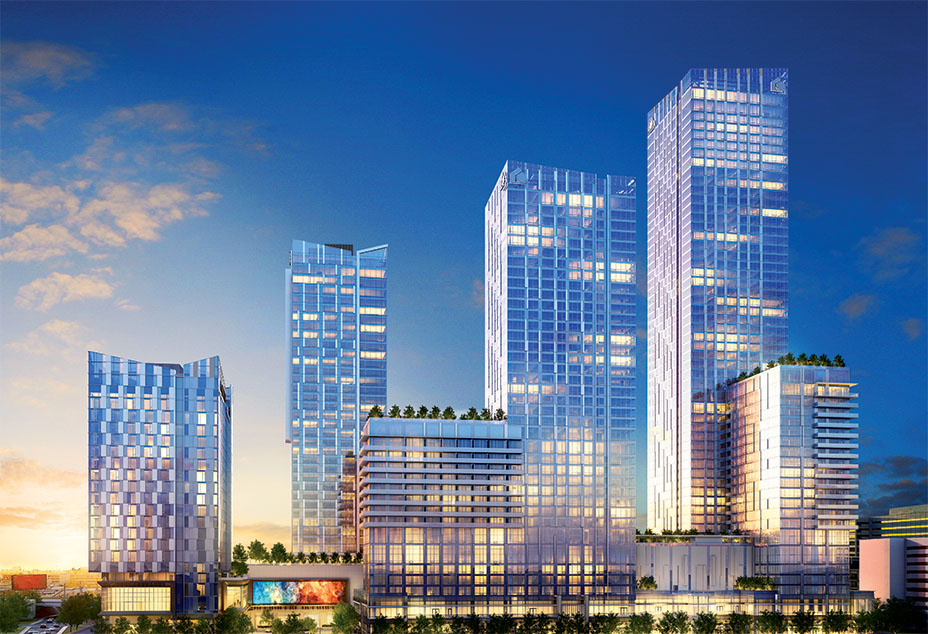 BEVERLY HILLS Wanda Group has been battling a rival development backed by Beny Alagem, owner of The Beverly Hilton. Wanda is seeking approval of a $1.2 billion plan to build two towers (rendering pictured) on the former Robinsons-May site.

DOWNTOWN Of the eight major China-backed downtown developments — the combined values of which exceed $3 billion — the most ambitious is Metropolis (pictured). The Greenland Group project, under construction adjacent to the 110 Freeway, will result in four towers (three condo buildings totaling 1,560 units and the 350-room Hotel Indigo) along with 67,000 square feet of retail space. 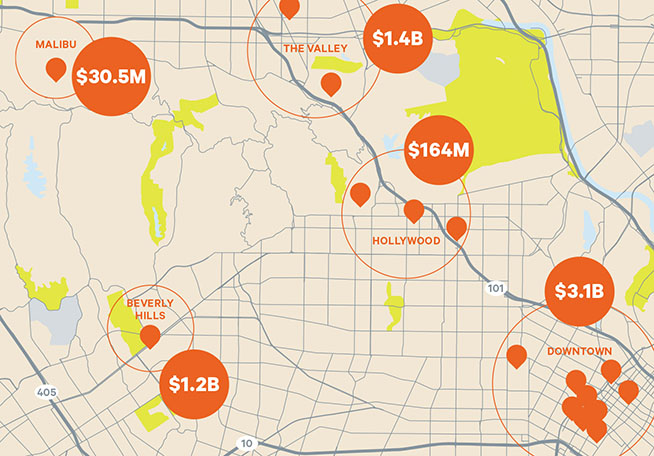