A New York City icon, with hundreds of thousands of style photographs published during his lifetime, the late Bill Cunningham would seem to have said it all. For more than 40 years he documented what New Yorkers — and by extension, the world — wore on the city’s streets. Since his death in 2016, his favorite corner on 57th Street and Fifth Avenue has seemed a little bereft, lacking his cheerful presence and trademark blue French worker’s jacket.

But the irrepressible “Bill” is back again with much more to say, as it turns out, in The Times of Bill Cunningham, a new documentary by Mark Bozek premiering this week at the New York Film Festival, as well as in Cunningham’s own recently published secret memoir posthumously discovered in his papers, Fashion Climbing.

New Miniseries Reveals How American Fashion Put Itself on the Map

A more personal take than the 2010 doc Bill Cunningham New York, Bozek’s documentary of the OG street photographer grew out of an extraordinary interview done in 1994, footage intended for a short clip for that year’s CFDA Fashion Awards, where Cunningham was being honored (and where he memorably rode onstage on his emblematic bicycle).

“He called me up and said, ‘I hate to bother you, I have to get this stupid CFDA award, would you mind coming over, I just gotta do a one-minute video?’” recalls Bozek, who found the irascible Cunningham was for some reason in the mood to gab. “Instead of 10 minutes, it was four hours, and he told me his whole life story.” 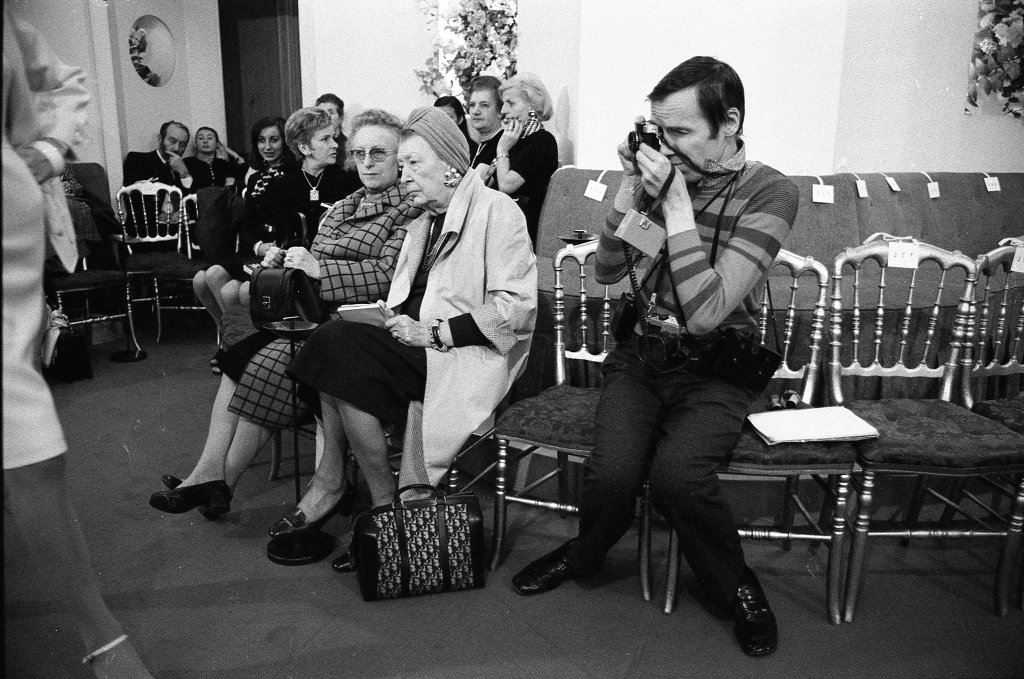 Bozek, a former fashion publicist, was working at an early iteration of Fox TV and had been tasked by Barry Diller with creating a Style News program. After the pilot, which featured Madonna’s then-controversial Sex book and its photographer Steven Meisel, Bozek says, “Bill was at the top of five people I wanted to feature. And he wouldn’t do it. In his firm but kind way, he’d say, ‘Oh, no, young fella. See ya,’ and keep going on his bike.” But Bozek and his crew decided to shoot a story anyway, surreptitiously capturing Cunningham at work on the street and finishing it off with soundbites from New York luminaries like Bill Blass and Liz Smith.

So it was a surprise to Bozek when Cunningham reached out to him after the segment aired. For starters, Bozek had left Fox and gone to QVC with Diller and was sitting in his office in Pennsylvania when the photographer rang him up. “Out of the blue, he calls me. How he found my number at QVC, I don’t know,” Bozek says. “He said, ‘I didn’t see that story that ran. I don’t have a TV, I don’t ever watch the damn thing,’ but apparently his friend Stephen Gan (now Elle’s creative director) told him he saw it and that it was good.”

When Cunningham sat down with Bozek, he unexpectedly held forth on everything from being brought up in a proper Boston Irish family, to serving in France in the Korean War in the 1950s when he was literally in camp one day and at the Paris couture shows the next, to his subsequent stint as hatter “William J.” in Mad Men-era Manhattan. He also worked behind-the-scenes with the premiere Park Avenue dress salon of the day, Chez Ninon, which clothed everyone from Babe Paley to Marilyn Monroe to, of course, Jackie Kennedy, in copies of the Paris couture as was the custom back in the day (including, fatefully, the pink Chanel knockoff the first lady wore in Dallas in November 1963). 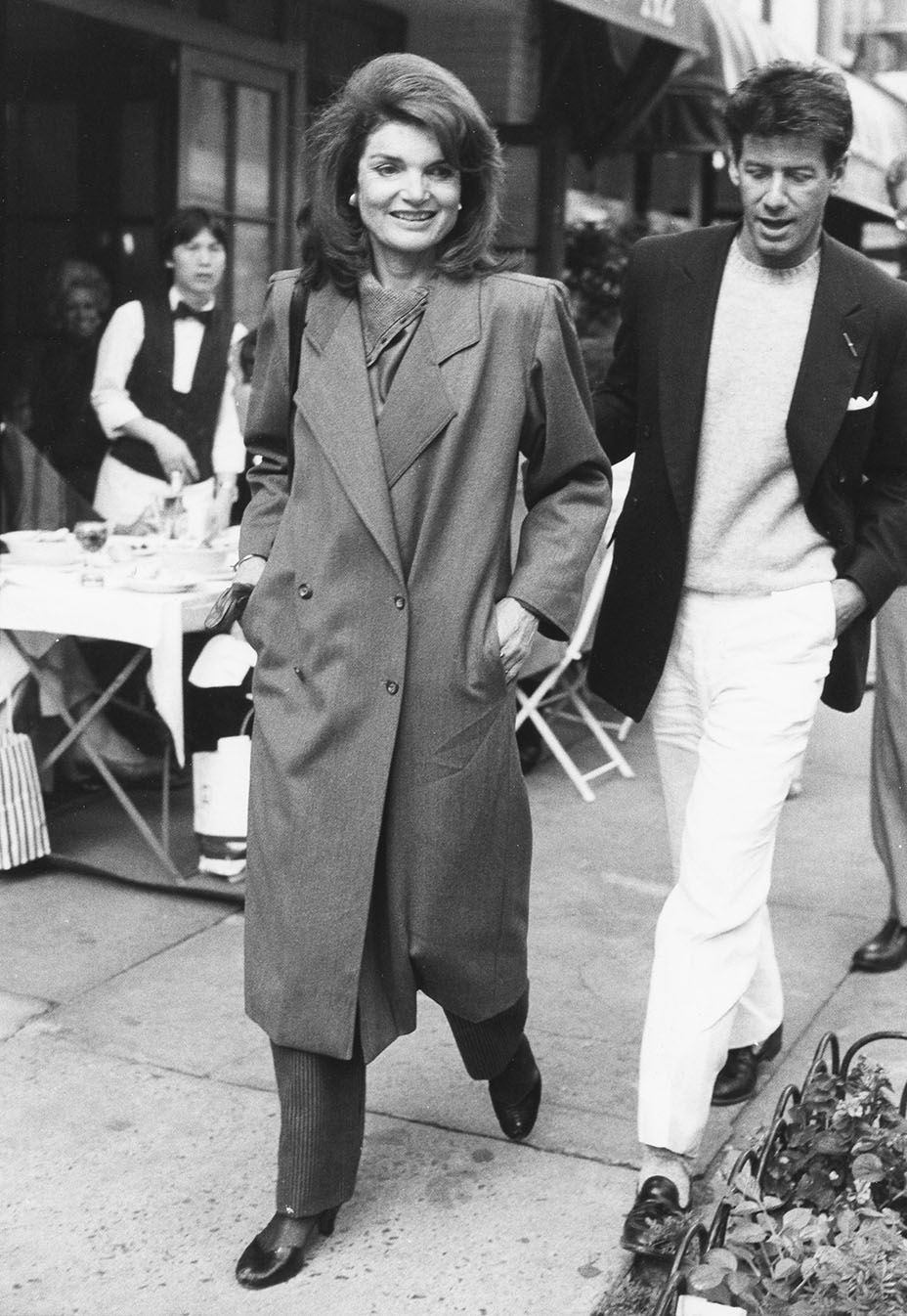 All of that was prelude to the “fashion climbing” Cunningham is most renowned for. When bouffant coiffures kicked the last life out of high-fashion millinery, he turned to journalism, first as a fashion critic at Women’s Wear Daily and then picking up an Olympus and shooting literally everything in sight.

His “breakthrough” shot came in 1978, when he was trailing a woman wearing a fabulous nutria coat and he returned to the New York Times newsroom raving about the cut of the fur, only to find out his subject was the elusive Greta Garbo. He hadn’t noticed. 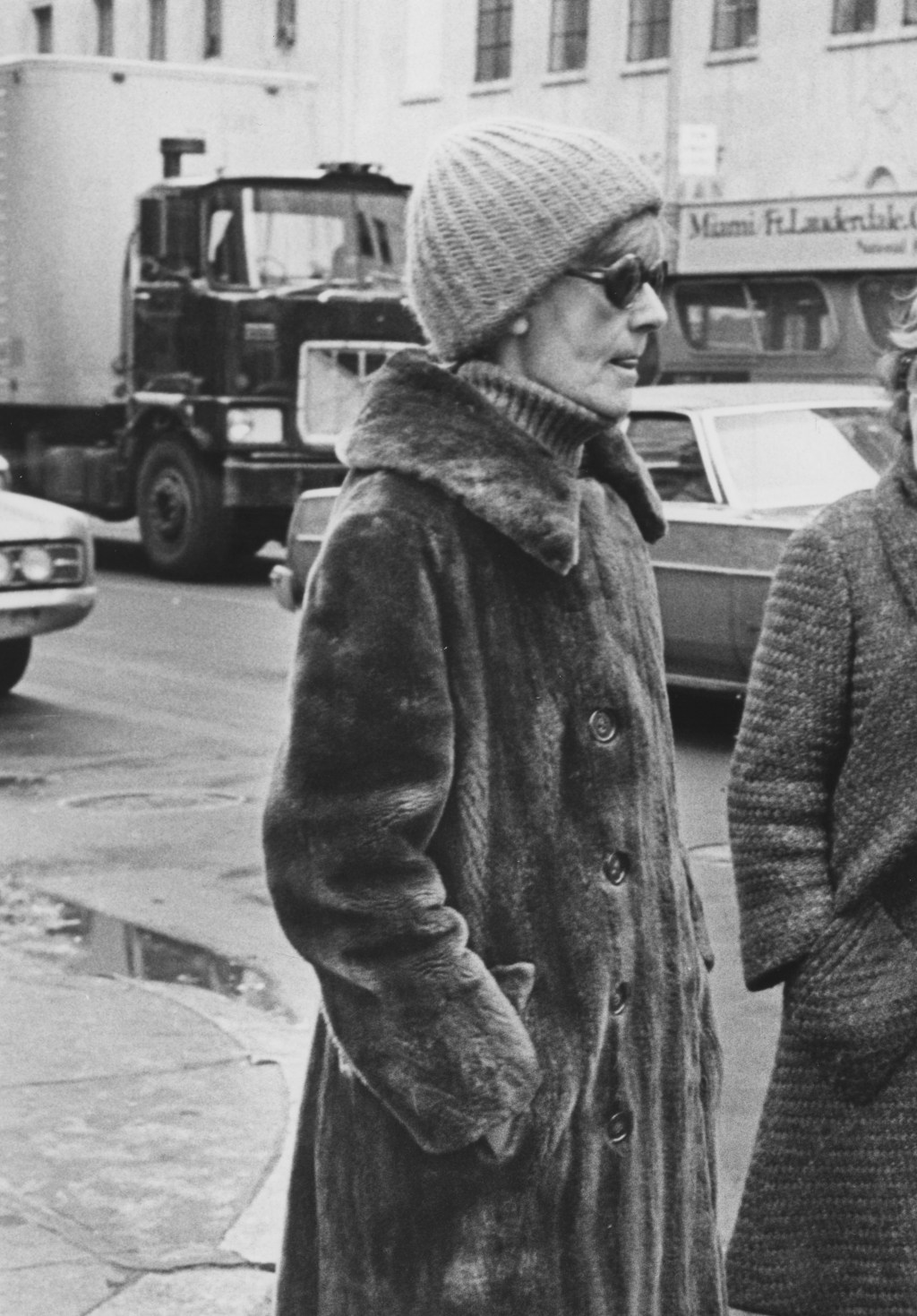 Bozek’s crew kept running out of tape during the interview, filling three Betamax cassettes, more than enough for the brief tribute needed for the CFDA Awards in 1994. Fast-forward to 2016 and the news of Cunningham’s death at 87 and Bozek, by then the ex-CEO of HSN, was wondering about those tapes he thought might still be in the basement of his Long Island home. They were.

“There are three places left that have Beta machines and will bump them up and you have to sign a release in case the machine eats the tape,” he says, but the footage was fine.

“I decided it was going to be just him and me. He tells his story so passionately,” says Bozek. Cunningham even gets emotional several times, especially when he talks about the fashion world’s losses from AIDS and especially his dear friend illustrator Antonio Lopez. But even in the aftermath of that plague, Cunningham kept his driving curiosity intact. 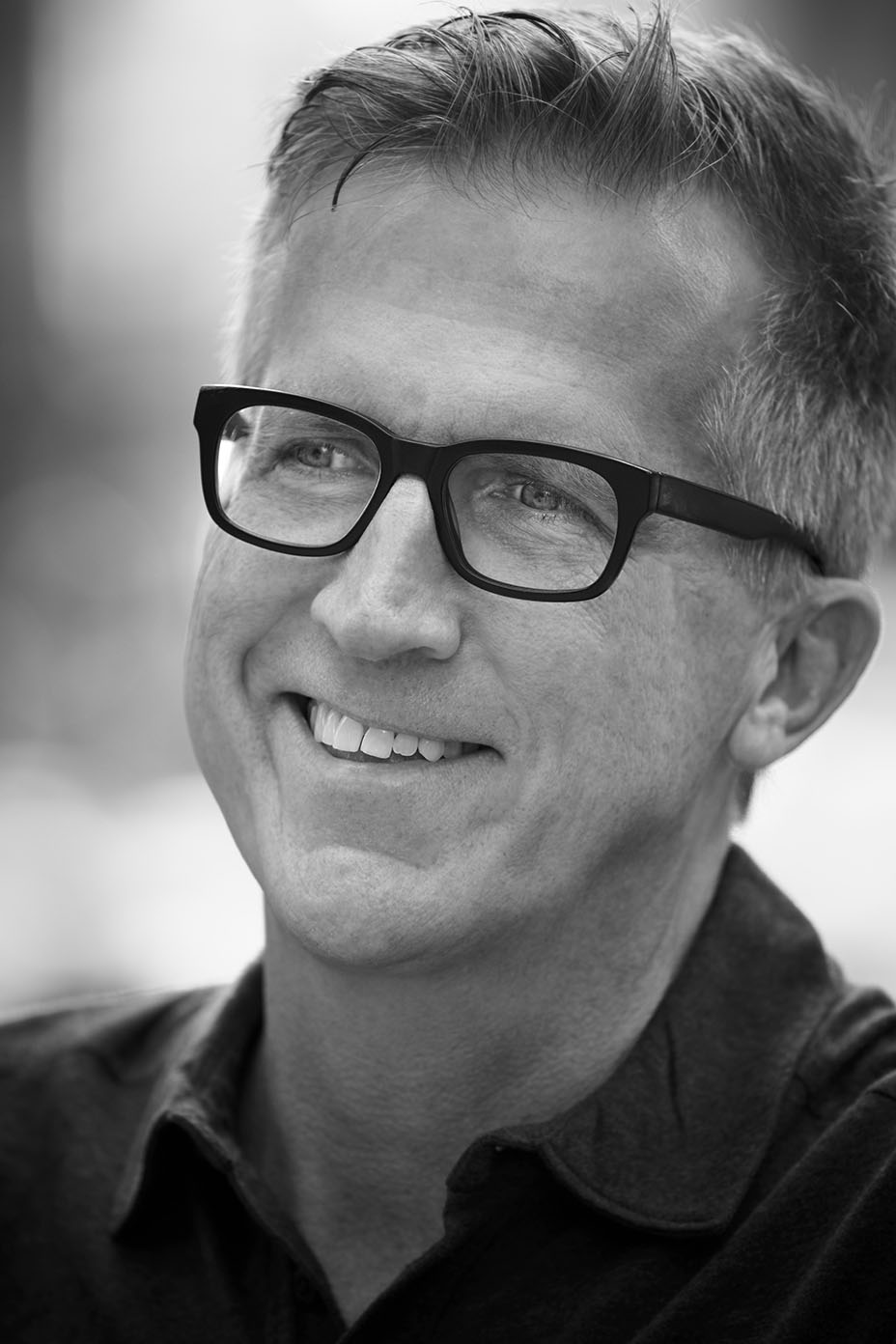 A particular glory of the film is the 500-odd Cunningham images, most inky black-and-white, culled from more than 3 million photos and documents in his archive. Many have never been seen before, from Bobby Kennedy in 1968 to Audrey Hepburn. There are his shots of Diana Vreeland putting together her exhibitions at the Met’s Costume Institute and raucous images from Manhattan’s gay pride parade, which he photographed each year. Only the Times and Bozek have gained access to the store of images. Cunningham’s heir, his niece Patricia Simonson, and literary agent Bill Clegg gave permission after viewing a rough cut. First granted one day for research and eventually three, Bozek had a team of volunteers 24/7 at his dining room table scanning and editing the 25,000 images.

Bozek and his producing partner Russell Nuce at their Live Rocket productions reached out to Sarah Jessica Parker to narrate, and they commissioned original music from young violinist Ezinma, whom Bozek discovered on Instagram.

With the book and the documentary, expected to be released next spring, a deeply personal and often-affecting portrait of Cunningham emerges — and of a Manhattan era that is steadily receding. Still, as the man himself writes, only in New York did he find “all that obvious hysterical fashion climbing that I enjoyed.” 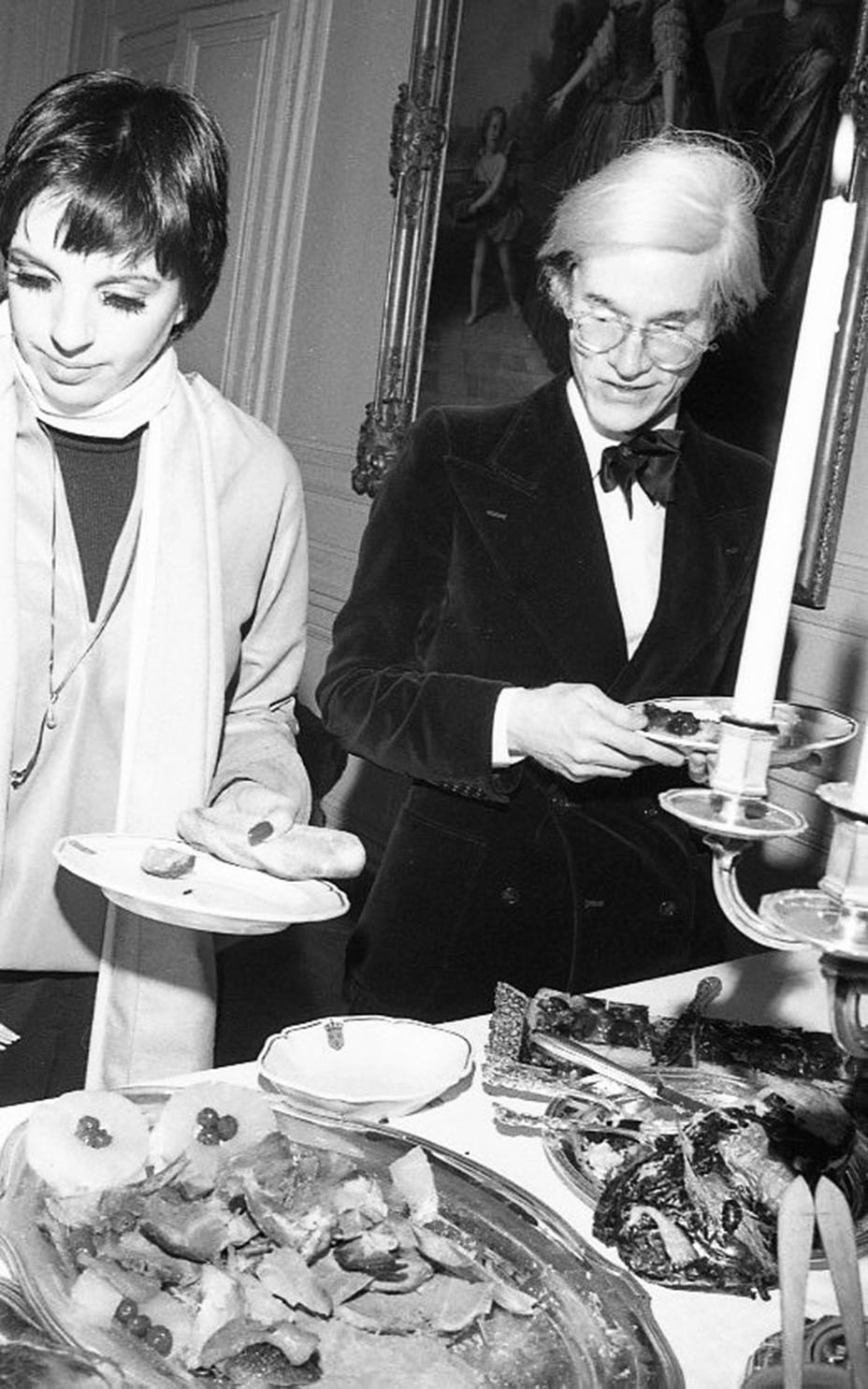