Bill Daily, the funnyman known for his supporting work on the sitcoms I Dream of Jeannie and The Bob Newhart Show, has died. He was 91.

Daily, who employed Bob Newhart as his accountant in Chicago before the two went on to show-business fame, died Tuesday of natural causes in Santa Fe, New Mexico, his son, J. Patrick Daily, told The Hollywood Reporter.

A self-described “second banana,” Daily spent five seasons (and 131 episodes) on NBC’s I Dream of Jeannie, which aired from 1965-70, then worked for six seasons (and 140 episodes) on CBS’ The Bob Newhart Show, which ran from 1972-78. The whole time, he battled dyslexia and had to memorize all his lines to keep going.

After appearances on the TV comedies Bewitched and The Farmer’s Daughter, Daily attracted the attention of I Dream of Jeannie creator Sidney Sheldon and landed the role of the goofy Roger Healey, the best friend of another NASA astronaut, Anthony Nelson (Larry Hagman), on the fantasy comedy that starred Barbara Eden as a rather attractive genie.

In 1972, Daily guest-starred as an incompetent city councilman on a second-season installment of The Mary Tyler Moore Show. The episode was created by writer-producers Lorenzo Music and David Davis as a showcase for him to star in a pilot.

When that didn’t make it to series, the writers tapped Daily to play Howard Borden (named for the milk company), a neighbor of Chicago psychologist Bob (Newhart) and Emily Hartley (Suzanne Pleshette). A divorced pilot, Howard suffered from a constant case of jet lag and had a habit of barging into the Hartleys’ apartment without knocking.

“Bill was totally unaware of how he came off,” writer-producer Tom Patchett told THR in an oral history of the show. “I asked him once, ‘Where’d you come up with that silly walk?’ He said, ‘What are you talking about?’ I said, ‘The way you lope into the room like a giraffe.’ He said, ‘That’s my walk.'”

“I called him our bullpen man,” Newhart said in a statement released Friday night. “Whenever we were having trouble with a script on the show, we’d have Bill make an appearance. In recent years, we had hoped to have Bill be a part of The Bob Newhart Show tributes at the TV Academy, but by then he was no longer traveling. He was one of the most positive people I ever knew, and we’ll dearly miss him.”

William Edward Daily was born on Aug. 30, 1927, in Des Moines, Iowa. He once said that when he was just a baby, his father went out “for a loaf of bread” and never returned. An only child, Daily grew up in Chicago and discovered that people might not notice his dyslexia if he made them laugh.

Daily attended Lane Tech High School and played double bass and sang in a jazz/comedy trio that toured the country. After serving in the Korean War, he returned to the Windy City to study stage directing at the Goodman Theatre School.

Daily worked at WGN on Cubs games and then was hired as a floor director at WMAQ-TV, the NBC affiliate in Chicago, where he eventually wrote for and performed on a daily variety show called Club 60. He also was doing stand-up and met Newhart, an accountant who also was just starting out in comedy.

“I was helping to produce an awards show [at WMAQ], and at the time Bob was still my accountant,” he recalled in 2014. “Right before the show, the engineers went on strike, which meant I had more minutes to fill. I knew Bob had his ‘Abe Lincoln Press Agent’ bit from playing the local clubs [he would go on to refine the routine for his breakout comedy album The Button-Down Mind of Bob Newhart], so he went on the show, he did the bit and just killed. After that, he was signed to do comedy albums, movies and such.”

Daily and Newhart also worked together as pinsetters at a bowling alley, his son noted.

During his days off, Daily drove to Cleveland to write, direct and perform on The Mike Douglas Show. In 1963, Steve Allen appeared on that show, saw Daily do a comedy bit and offered him a job in Los Angeles as an announcer, writer and performer on his syndicated show. And that exposure got him a part on a 1964 episode of Bewitched. 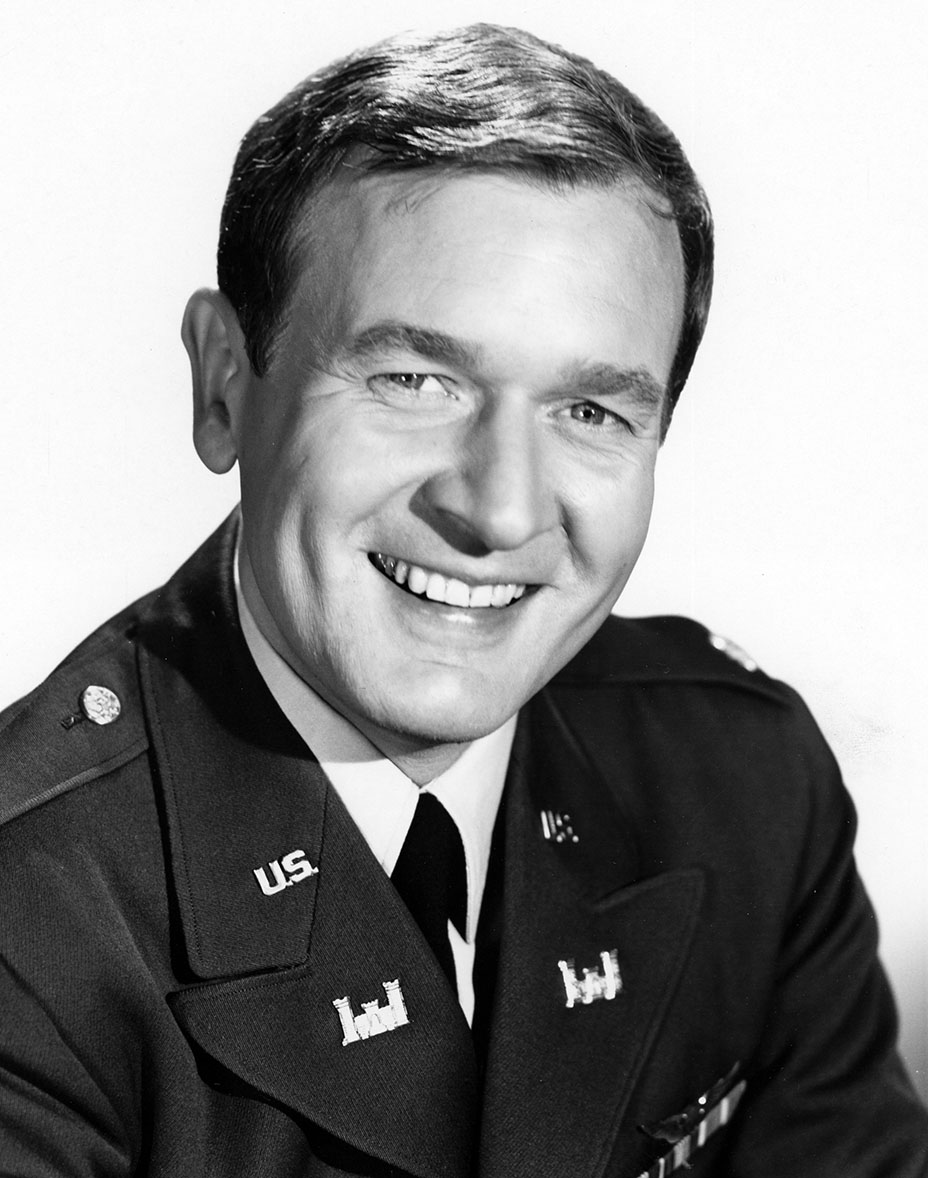 Regarding the actor’s dyslexia, Newhart writer-producer Jay Tarses noted that Daily would “move his fingers when he didn’t know his lines. It was funny when it happened. Sometimes we’d be able to leave what he said in the show, and sometimes someone laughed and we had to stop.”

Daily also appeared in the 1971 Disney comedy film The Barefoot Executive; starred on the short-lived ABC series Aloha Paradise with Debbie Reynolds; recurred on NBC’s ALF as psychologist Larry Dykstra; played a veterinarian opposite Connie Stevens as his ex-wife on the syndicated show Starting From Scratch; and made regular appearances on Match Game.

He was married three times and very proud to note that his first two children — daughter Kimberly (who died about eight years ago) and his son, a key grip in Hollywood — were adopted. Another daughter, Becky, also has passed.

After more than three decades in Albuquerque, Daily was living with his son and daughter-in-law Sharon when he died.

“Bill’s philosophy in life was that happiness was a decision you make. That was how he lived,” his rep, Patterson Lundquist, said in an email to THR. “Bill enjoyed every bit of his life to the fullest. There will not be a memorial service or funeral for family, friends and fans. Instead, Bill’s final wish is to throw a party. Remember the good times and be happy.”

Lexy Perez contributed to this report.