Real Time with Bill Maher, HBO’s long-running political commentary program hosted by the comedian, celebrates its 500th episode June 21. Maher launched the show Feb. 21, 2003 — after being booted off ABC’s Politically Incorrect for comments about 9/11 — and since then he has remained one of the most outspoken personalities in comedy and politics. After 16 years and the show’s 20 Emmy nominations, Maher, 63, talks to THR about his unfiltered persona, the Trump era and the future of Real Time.

After 500 episodes, what’s your biggest takeaway?

Always take my wallet onstage with me. (Laughs.) I guess it would be, “To thine own self be true,” which I kind of learned from my old show as well. I wouldn’t say that I was a changed man when I started Real Time after Politically Incorrect, but I think I’ve always had it reinforced over the years that the best thing I can ever do is tell it the way I see it, even if people don’t like it at the time. I think most of television, including commentary television, is pandering, and I don’t pander.

Chris Cuomo Opens Up About Abrupt CNN Exit: "I Don't Like How It Ended"

What’s your favorite moment in the show’s history so far?

I try at the end of every show to capture something in the zeitgeist that people aren’t saying but maybe they’re thinking or should be thinking or I’d like them to start thinking. A recent example was when I kind of tore a new one for Robert Mueller. And ever since he came out and spoke [on May 29], I see the mainstream is saying exactly what I said. Our editorial that night, I remember, began with the words, “Just because you have a stone face doesn’t mean you belong on Mount Rushmore” and proceeded to say that he really let us down. So I don’t know if that’s going to be my favorite over the whole long tenure of the show, but it’s going to be something like that, where I say it and no one has said it before. 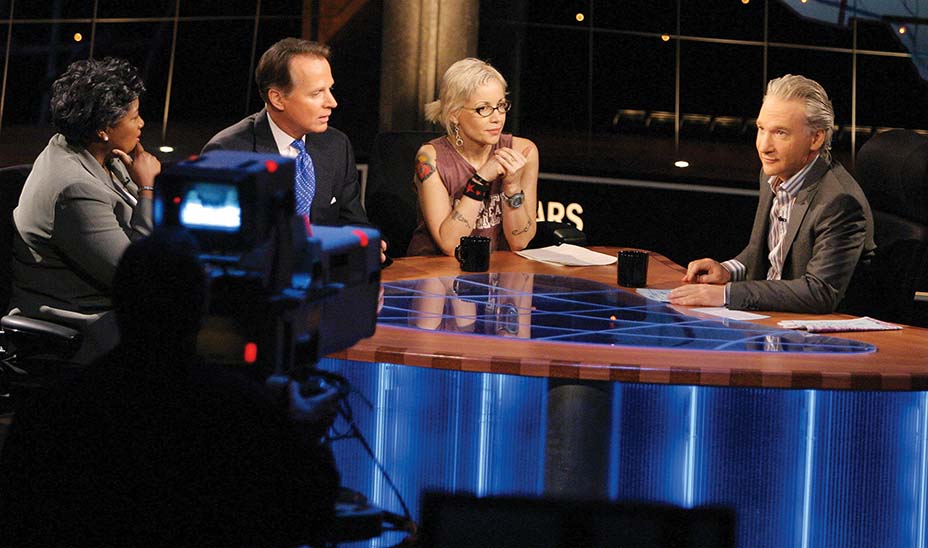 How has Real Time changed in the Trump era?

It’s raised the stakes, that’s certainly true. I take my job and my country very seriously — way more seriously than I take myself. People can see that some weeks, like after the election, when I think you see more emotion. I think that’s the main difference. I didn’t like President Bush, but I never felt the evils that he brought upon this country were coming to my own doorstep. It was a little like riding over a shark-infested area in a glass bottom boat. You could see the sharks, but I didn’t think they were really going to come for me. That’s not how I feel about Trump. If he’s going to come after [HBO owner] AT&T and CNN, talk about locking Hillary [Clinton] up constantly and other people he doesn’t like, and the FBI and anyone he doesn’t like should go to jail, yeah, it’s getting a little personal. Who knows, it could be the comedians next, and no one has been harder on him than me. I remind you, he sued me once. And if he sued me when he was a private citizen, what can he do when he has the power of the state behind him?

What do you see as the future of the show? Are you going to do another 500?

I take it one week at a time. John Waters was on recently and we were talking about the fact that neither one of us has ever missed a show. I did over 2,000 Politically Incorrect [episodes], never missed one, 500 of these. I feel an obligation to be in my post and that’s not just to criticize Trump and what’s going on there, but also to keep the left honest. That’s what a lot of people tell me: “You’re the only liberal who keeps the left honest and talks about their raggedy shit.” So that’s my pledge, that I never want to miss a show and I can honestly say I certainly have never phoned one in. The day I ever do, that will be my last show.