The first time Billy Crystal appeared on Broadway, he played to sold-out houses and won a Tony Award. His return to the New York stage after his 2004 hit solo show 700 Sundays (and its equally successful 2013 revival) is a more modest endeavor. He is performing Sunday and Monday in a two-night reading of Have a Nice Day, a play he co-authored with Quinton Peeples, at off-Broadway’s Minetta Lane Theatre. It’s a comedy-drama about a U.S. president visited by an emissary of the Angel of Death who informs him that his time is up.

Don’t bother trying to get tickets: The show sold out immediately, thanks to an all-star cast that includes Kevin Kline, Annette Bening, Dick Cavett, Justin Bartha, Rachel Dratch and Darrell Hammond. Fortunately, the performances are being recorded by Audible as part of its ongoing theater initiative and will be released in audio form on Nov. 2.

Crystal recently chatted with The Hollywood Reporter about his latest theatrical endeavor and his hopes for the play’s future.

Your autobiographical one-man show 700 Sundays won a Tony Award for special theatrical event, but this is a conventional, multi-character play. Not too many people make their playwriting debuts at age 70.

(Laughs). Quinton Peeples and I wrote this about seven or eight years ago as a screenplay for New Line. We had several readings with really great actors, but for whatever reasons they didn’t make the movie. But I always loved it, I thought it was very funny. And especially now in the political climate that we’re living in, it has relevance. I’m like my grandfather, I don’t throw anything out! I always thought, why didn’t this get made?

Why this particular format?

I just thought it might be interesting as an audio play. As an old-time radio drama, the sort that I listened to when I was growing up. The Shadow, and all those terrific radio experiences. When I recorded my audio book Still Fooling ‘Em, I did a lot of it in front of a live audience. Because the magic of the great comedy albums that I grew up with was hearing a wonderful comedian in front of a live audience. There was an excitement to it.

Have a Nice Day lends itself really well to both the stage and sound. People seem enraptured by podcasts now, and that type of experience. So we rewrote it and I got in touch with the Audible people, who do wonderful things. They loved it and said they’d do it. We sent the script out and we got a phenomenal cast. We’re doing it live in front of an audience Sunday and Monday, to be recorded and then released just before the midterms.

Can you describe the story?

It’s a really funny situation where I play a rather confused and inept, I’ll call him “repo man,” for the Angel of Death, who comes to claim this man. And the man outwits him and gets to live for the rest of the day instead of being taken at that moment. And then we find out that man is the president of the United States. It’s about their relationship during that day, amidst the drama of what’s going on in the Oval Office and the world. And about what the man’s choices are, what he would do to make himself okay to leave at that point.

You’ve got some pretty big names in the cast, including Kevin Kline and Annette Bening, who have some experience with the Oval Office with their roles in the films Dave and An American President, respectively.

It was a great validation for us. Look at who this material attracted! Who knows, maybe it ends up being a movie again. But I’ve always loved the theater and it felt like, if we could do it live in a theatrical setting rather than a recording studio, it would be great. It’s a very exciting project.

How did your collaboration with Quinton Peeples come about? He’s got a lot of television credits (Iron Fist, Unforgettable, The Last Ship), but they don’t scream a comedic sensibility.

No, they don’t. But we’re a really good team. We’ve written two things together. That’s why this happened. Years ago, I was fascinated by the rise of baseball in World War II and did a lot of research on that. After meeting a lot of writers, I decided on a very young writer, just starting out in his career, Quinton.

The screenplay was called Nettuno, named for a little village right next to Anzio, where the second biggest battle of World War II was fought in Europe. Somebody brought a glove and bat, and started the rise of baseball in Italy. I thought it was an amazing story and went there and spent some time. There’ s now a beautiful stadium there. Quinton understood exactly what I wanted to do, and we wrote that.

Later, one morning he called me and said he had an idea for something, but it was just one scene. A man is asleep, but someone else is there, a messenger from the Angel of Death. The man outsmarts him and gets to live the rest of the day. And then a butler appears and says, “Mr. President, your first meeting is in an hour.” I thought, wow, what a great setup. It’s like, if it’s my last day on earth, what do I do? And if the man is the president of the United States, that could be fodder for great drama and comedy. Which hopefully we’ve done.

I know Audible uses the Minetta Lane on its productions, but with this cast you could have filled Radio City Music Hall.

We’ll see what happens. But it seemed like for our purposes, this was the best kind of setup. And it was what was available to us in the time frame we wanted to do it in. Because it’s a political piece and asks some questions that are still being asked, probably this morning (laughs). It felt like we needed to do it now in order to get it out for the midterms.

Do you hope that the play gets produced on Broadway or in regional theaters? And do you envision acting in it again the future?

I’d love to act in it again, and I love this cast! The irony would be if it becomes a movie, which would be great. We’ll see what happens with it. John Rando, who won a Tony for Urinetown, is staging it for us. It won’t be a very elaborate staging, because we’re recording. We’re having an opening and a closing in the same weekend!

How much preparation has gone into the performances?

We haven’t met yet! I’m actually seeing Kevin today for the first time. We only have a couple of rehearsals and then we’ll do it. It will be script in hand, it’s a reading. Everyone will be pretty much just getting to learn the material. I think its rawness will be really fascinating for the audience, too. They’ll be part of the process.

Was a narrator always part of the piece?

No, we created the narrator for the Audible version. When I thought about who should play it, I said, gee, Dick Cavett would be amazing. So I called him and he said, “Are you kidding? I’m in. I started in radio back in Iowa before I came to New York as a comedy writer.” To have that iconic voice as the narrator will be another exciting element.

How different is the piece now from the original screenplay?

It’s pretty much the same. We shaped it and shortened it a little bit, and tried to tailor it for a few more laughs in places. It’s a one-act, about an hour and 20 minutes.

Why is your character not the Angel of Death himself? Is it because it’s funnier to play a flunky?

Yeah, I always liked it when somebody works for somebody else, and has to answer to him. In this case, he has to answer to Death, or whatever Death is, and he’s had some problems himself with his own transition. So he and the president are actually kindred spirits in many ways.

You conceived this piece years ago. Is it harder to make the president a sympathetic figure these days?

It is, and it traditionally has been. Usually in movies now, the president is trying to avoid having an asteroid hit Earth (laughs). That’s part of it, because our character, David Murray, is a very flawed man who’s also the most powerful man on earth. But he’s also a husband and a father. He has to decide what his roles are, and how to define them.

You’ve never been a particularly political comedian, but I’m wondering what you think about the state of political humor in the age of Donald Trump.

Well, it’s hard to be funnier than the actual things being said! Even though those things become pretty scary. Now, I’ve gotten a little bit more political, but I don’t want to alienate my audiences. I’m there to entertain. But I also want to make my points without having somebody standing up and yelling at me. I did a tour last year, 33 cities in a concert format, first time in years. And everyone is waiting on the edge of their seat, waiting for you to say something that they’re not gonna like. So, I have to carefully navigate, because these are very strange times, to be sure.

Do you ever wonder what your old friend Robin Williams would have made of all that’s going on? 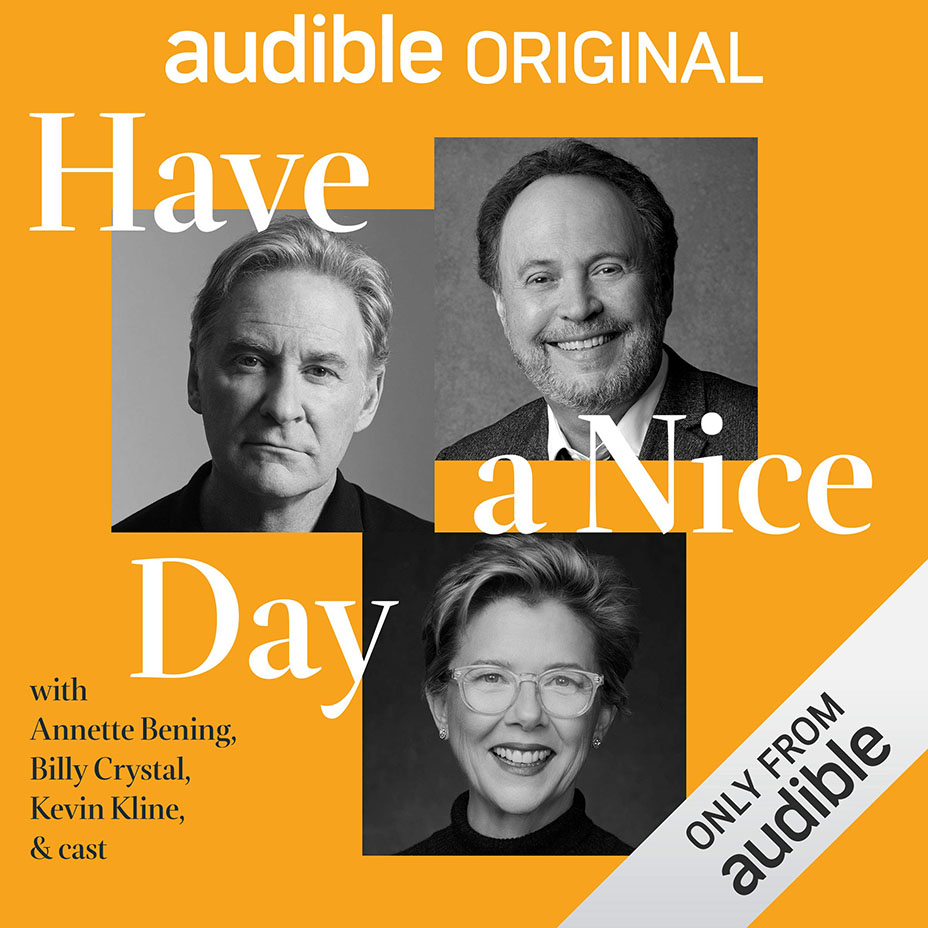