Thirty years ago, a modestly budgeted, dialogue-heavy romantic comedy called When Harry Met Sally … debuted in theaters — and caused a paradigm shift in the dynamics of grown-up dating. The movie, which late screenwriter Nora Ephron based loosely on the life of its recently divorced director, Rob Reiner, introduced a number of modern romantic notions we now take for granted (like, for instance, the term “high-maintenance”). It also made major movie stars of its two leads, Billy Crystal and Meg Ryan. In honor of its 30th anniversary, the film will open the 10th annual TCM Classic Film Festival on April 11, with both stars and Reiner in attendance at the TCL Chinese Theatre screening. The following day, Crystal, 71, will add his hand and footprints to the theater’s iconic forecourt. Crystal spoke with The Hollywood Reporter ahead of this historic When Harry Met Sally … reunion.

Tell the truth: Have you ever fantasized about a handprint ceremony at the Chinese?

Not really. But I remember as a kid, when I was growing up in the ’50s, they still had newsreels in the theaters — “The World of the Week in Review” — and you’d see Gregory Peck getting his hand and footprint done. It just seemed like an amazing thing.

Do you remember the first movie you ever saw?

It was [1953 Western] Shane. I remember wanting to be the kid. I mean, Alan Ladd was great, and then obviously Jack Palance was the bad guy, and I would get to work with him in City Slickers. But Brandon deWilde was the kid in that movie, and I sort of looked like him when I was that age.

Did you tell Jack Palance that when you met him on City Slickers?

Yeah, I did. And in Jack’s way, he just looked at me, and went, “Bullshit. You’re just trying to be nice to me.”

Who were your movie comedy heroes?

Laurel and Hardy and the Marx Brothers. My dad had a great sense of humor and would always point us toward the older films, Laurel and Hardy in particular. And he preached, “Watch how long it takes to set up this joke. Wait for it … you’ll see, wait … see, his watch was in his pocket, and he’s in the pond now!”

So your father helped you deconstruct and analyze comedy.

Very much so for my brothers and me. I was the youngest of three and we were all comedy nerds, mostly for television. There were more funny people on television than there were in the movies in that time period, because we had [Ernie] Kovacs and [Jack] Benny and [George] Burns and [Gracie] Allen and The Honeymooners and every Sunday night Ed Sullivan would have a comedian on, and the Steve Allen show was huge for me. My dad would let us stay up late to watch Jack Parr and The Tonight Show when Jonathan Winters would be on.

What did your father do for a living?

He ran this record store [the Commodore Music Shop] on 42nd Street in New York. It was a big jazz hangout, but he would bring home comedy albums. So that was a time when you could listen to a great stand-up onstage or an act like Nichols and May live on Broadway and hear the excitement of what it’s like to be onstage. I could hear the timing and understand it. It just was in my DNA even then. 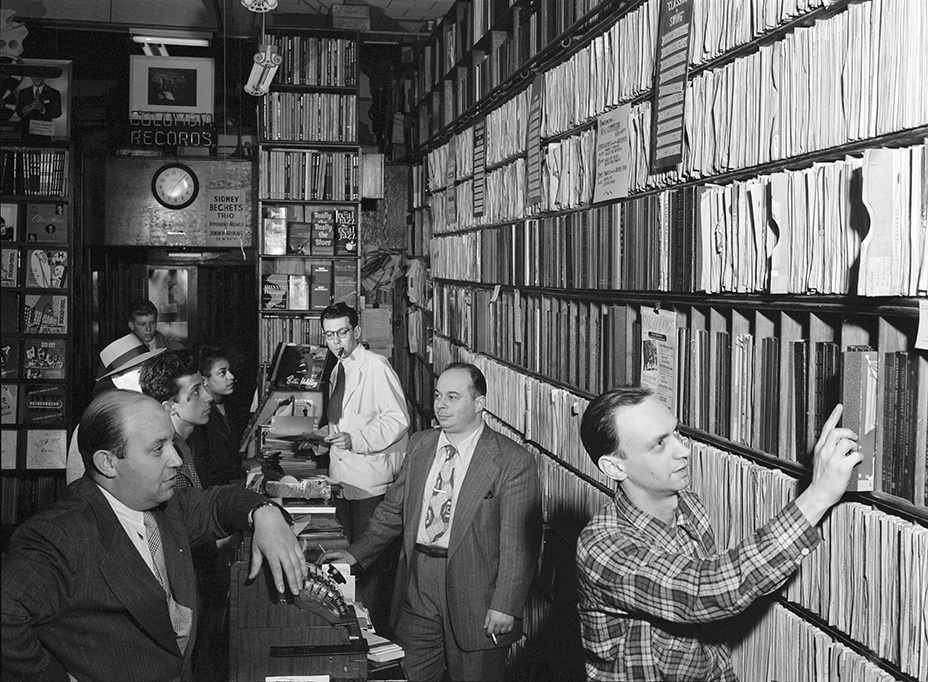 When did you go from New York to L.A.?

Where were you in your career at that point?

It was right before Soap. I had done a couple Tonight Shows, doing mostly stand-up, and then Norman Lear cast me as Rob Reiner’s best friend in All in the Family. That was 1975 and that’s when I met Rob, obviously. The amazing thing about Norman Lear was that he saw me at The Comedy Store. All these amazing people were in the audience. Carl Reiner and Jim Brooks were there. It went really well. After, two things happened: Carl Reiner came up and introduced himself to me, which was like, are you kidding? I was 25 years old and here’s Carl Reiner saying, “Hello, I’m Carl Reiner.” Unbelievable. And then Norman. All in the Family was the biggest show on television. A week later I’m back in Long Island and the phone rings. “Are you Mr. Crystal?” “Yes.” “Well, would you please hold on for Norman Lear?” He called me at home and he said, “We met at The Comedy Store. We have a part and I think you’d do great in it. Can you be out here?” And I said, “Yeah, of course.” And they flew me out and I did a part in All in the Family.

When Katherine Helmond passed away recently, I thought of one of my favorite TV exchanges ever. Your Soap character, Jodie, is gay and explaining to Katherine, your aunt, that it’s not a new phenomenon. You say, “Plato was gay.” Then she goes …

“Mickey Mouse’s dog was gay?!” “You didn’t know? Goofy was his lover.” That was probably 1979 or ’80. We came on in ’77. The pilot was an hour. I knew that the character was a gay character. In the first half, I had one line. When they first sent me the script, I went, “Why would I want to do this? I got one line in this thing.” And then into the second 30 pages, I had a scene with my mother. I was in her clothes, all alone in the house dressed up like her in her bedroom. And she walks in and she starts yelling at me: “Jodie! How many times have I told you not to — oh my God, you wear it belted?” And I say, “Yeah, it’s more slimming this way.” And then I thought, OK, this is really funny.

I watched Soap in syndication after school in the 1980s. I love that you played Jodie as yourself with no stereotypical gay affectations.

Right. But the first couple episodes, it was a little bit — I didn’t like it, but that’s what they wanted. And we went back and forth, and we agreed he had dignity. One of the most important moments was after he fathers a child when he has a one-nighter [with a woman]. He was a little confused at that point. He has a baby and now the mother wants to abandon the baby and they go to court. ABC did a poll at the time and it was like 3-to-1 that Jodie should have custody of the baby. I thought that was a victory for the character. That was the big deal. They trusted him with the baby.

It’s sad how many of your collaborators are already gone. On Harry Met Sally alone…

Yeah, of course. That makes it all the more poignant for this 30th-anniversary screening. It was such an important movie for all of us. None of us had any idea what it would become. I know it felt great. We had a great preproduction with all of us contributing to the script, and Nora was very open about taking suggestions and adding her magic to it. Rob was the best director I’ve ever worked with. He understood the human part of comedy and the rhythm of comedy. There’s no one like him. And we were able to create all these new things that weren’t in the script — together, all of us, including the orgasm scene.

The famous Katz’s Delicatessen scene. How did that come about?

It was about two weeks before shooting started. We were in a meeting, and Nora said, “I need something. There’s something missing. There’s the moment where Harry’s now been screwing around. He’s in revenge mode, and he’s this cocky little stud. Maybe we do a scene about how women fake orgasms.” And Rob was like, “What are you talking about?” “Well, women fake orgasms, Rob.” “Really? They never fake one with me.” So now that becomes a line of dialogue. Then Meg said, “I should have an orgasm! That would be hilarious.” And I went, “In a public place like a restaurant.” Nora goes wild. And then we’re all laughing. Then I said, “And then we’ll cut to an older woman who will say, ‘I’ll have what she’s having.’ ” And that’s how it happened. That’s how the movie got real, because of Meg and I and Nora and Rob sitting around, talking about, “How can we make it better?” 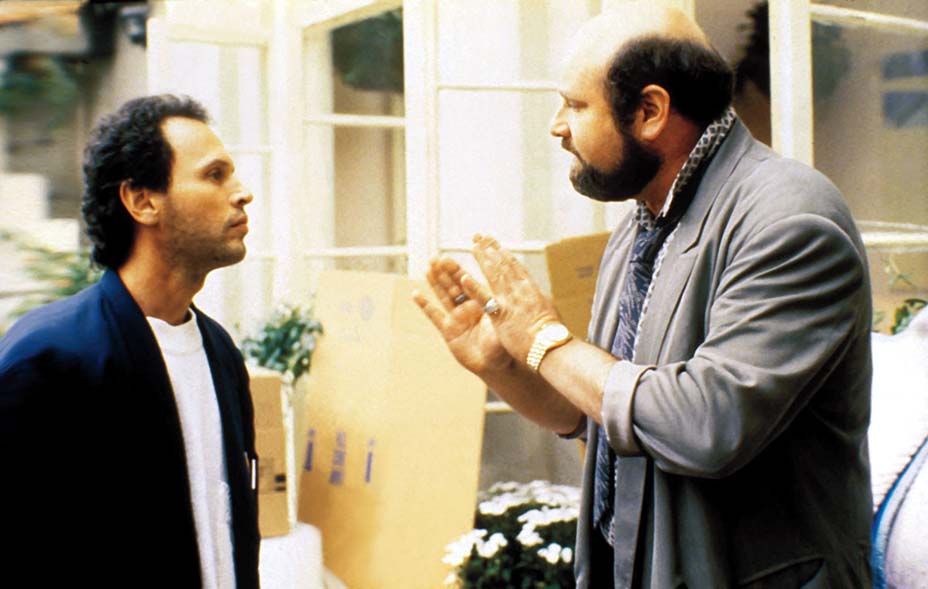 When Harry Met Sally … has contributed so many expressions to the vernacular, like “high-maintenance.” No one spoke like that before.

Do you recall the first time you saw an audience respond to that scene?

We were screening the movie in Burbank for the first time, and Rob and I are sitting in the back. The movie’s playing great, and now we come to the scene in the deli. When she starts faking it, they go berserk. I mean, like, berserk. You couldn’t hear any dialogue. They laughed through the next scene. The roar, it was gigantic. I realized that Rob and I were now holding hands. We were gripping each other because it was so momentous a laugh.

That has to be a great feeling.

I’m used to being in front of audiences. I love that juice. You get it right away. Movies, you set up the joke in September, you don’t hear the laugh until May.

So much has been written about Nora Ephron. Is there a story about her that no one knows?

I remember one night, we were shooting a wedding scene in SoHo. She knew every great place to eat and what to order. And it was this little place on Houston, an Italian place, and we went there for lunch. And so walking down the street, who’s walking toward us but John Gotti. With Sammy “The Bull” Gravano and a bodyguard. I know he recognized me, because he sort of nodded. And she just sort of smiled. And I remember as he passes us, she just kept walking and whispered, “Just keep walking, just keep walking, just keep walking …”

A version of this story first appeared in the March 27 issue of The Hollywood Reporter magazine. To receive the magazine, click here to subscribe.