Continue to The Hollywood Reporter SKIP AD
You will be redirected back to your article in seconds
Skip to main content
January 6, 2019 7:14pm

A best actor nominee at the 76th Golden Globes for his flamboyant role as Pray Tell in the FX musical drama Pose, set in New York’s 80s drag ball scene, Billy Porter peacocked onto the red carpet in a colorful, OTT ensemble that took six months to make.

A creation of New York-based bridal and eveningwear designer Randi Rahm, who spoke exclusively to The Hollywood Reporter, the bold look included a lavishly hand-beaded and embroidered jacket with an attached, fuschia-lined cape layered over a form-fitting beaded and embroidered tulle shirt with a silk collar.

“The look is a combination of muted, patterned sartorial menswear fabrics combined with the world’s most luxurious couture fabrics,” says Rahm. “I knew Billy would know how to work the red carpet just like a Pose runway, and it would require an ensemble with lots of sophisticated drama; it truly floats and gives Billy the perfect excuse to, as he would say, ‘serve the fashion,’” she says. “And I immediately knew this look would be a very important statement for Billy in many ways. It needed to speak to his amazing personality, the importance of his role on the groundbreaking show Pose, as well as the message we collectively want to send to the world regarding the fluidity of fashion, tolerance and acceptance.” 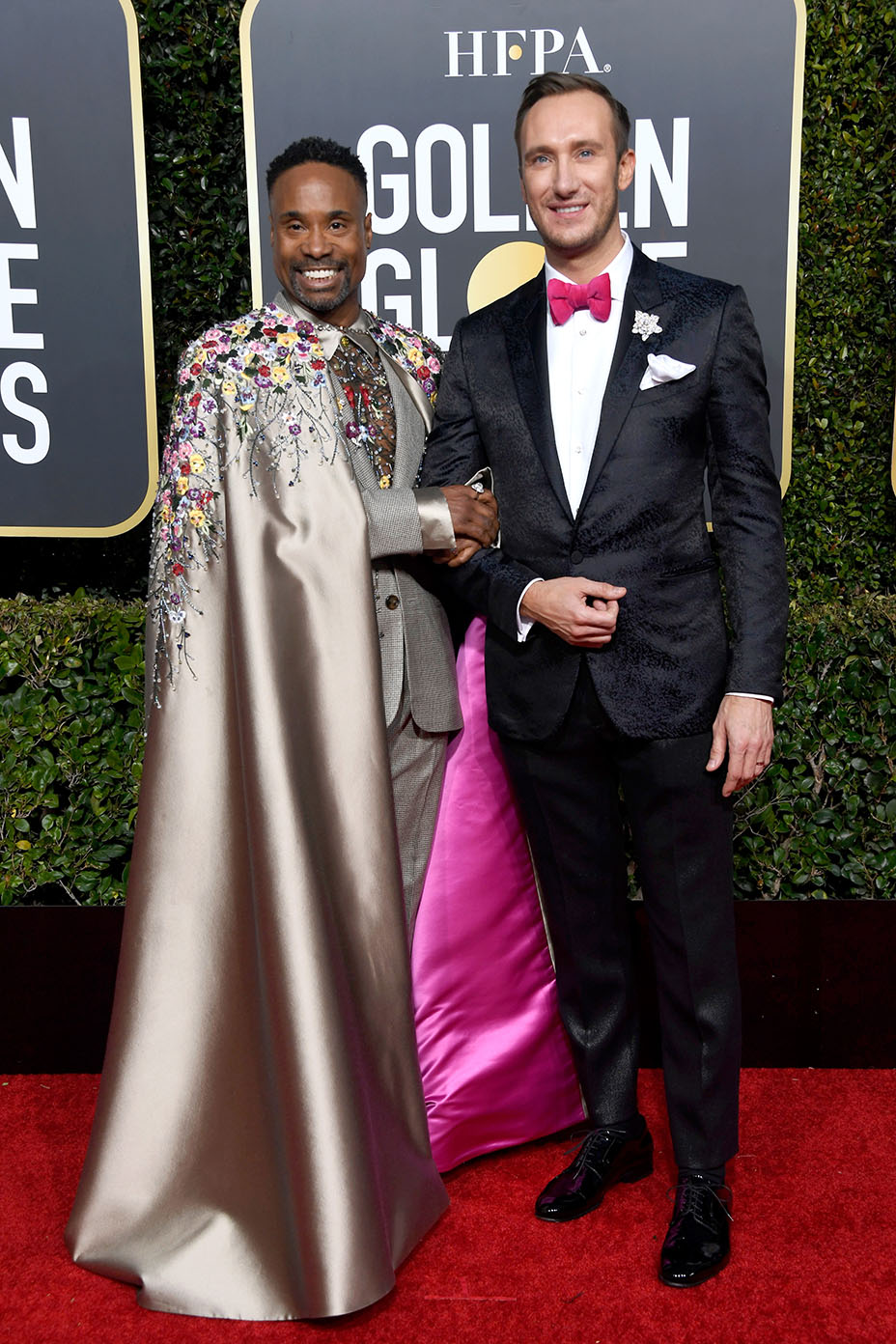 As for the six-month process, Rahm said that an initial sketch was translated to a muslin “made from Billy’s specific body measurements and sculpted multiple times in our atelier to ensure the perfect fit and drape of all pieces before any couture fabrics are touched.” Simultaneously, she personally developed the materials, which in itself took months; then Rahm and her couture team painstakingly handcrafted and embellished each piece. “Just a single strand of the embroidery can take an entire week to complete and approve to my standards,” she says.

Co-created by Ryan Murphy, Brad Falchuk and Steven Canals, Pose made history for featuring primetime’s largest cast of transgender actors and the largest cast of recurring LGBTQ character for a scripted series to date. It has been renewed for a second season.