A nod to the original DC comics and an eye toward a fresh take on the charming and crazy Harley Quinn and her fellow feminist vigilantes sets the tone for costume designer Erin Benach’s work on Birds of Prey (and the Fantabulous Emancipation of One Harley Quinn).

“This was more nerve-wracking than other films I have worked on, and I didn’t come at it from a comic-superhero angle but more from a character-building angle,” says the designer who incorporated glamour, comfort and style on steroids for the high-voltage fashions in the heightened world of Gotham. “I tried to give [the costumes] as much depth and information as possible.”

Reprising her role as the unpredictable Harley Quinn is Margot Robbie, who also serves as a producer on the film. “Margot had played her before [for 2016’s Suicide Squad], and so it was very helpful to have her react to the clothing and reply, ‘Oh this is so Harley,’ as the character would just grab whatever she wanted, and that was a real lightbulb moment for me,” says Benach, who is best known for Lady Gaga’s wardrobe for A Star Is Born. “Margot respects everyone’s craft, and it was an awesome collaboration working with her.” 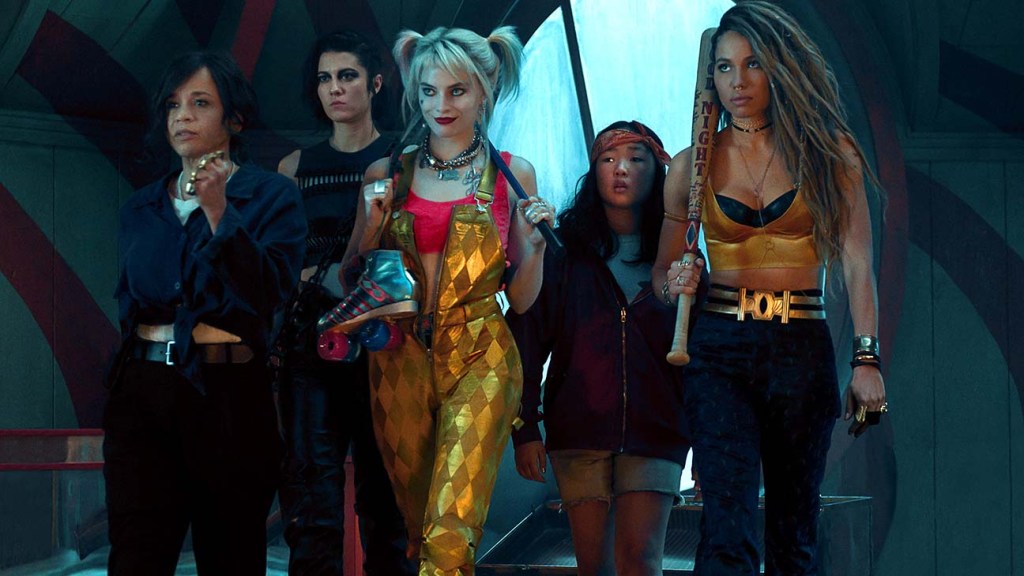 The character’s clothing was sexy, colorful and, above all, utilitarian, as with superheroines, design must support the high-powered action scenes. “I created all the costumes from scratch, and everything was articulated for stunts where they could stretch, move, turn and twist,” she says.

One of Harley’s standout costumes was a one-piece gold leather overall-styled jumpsuit with a pink bandeau top. “It was highly functioning (the cutter figured out a way to have full rotation at the knees), very Harley, fun and spontaneous,” Benach details. “We tested tons of colors with the DP, and the gold leather etched with a diamond pattern reflected the light the best.”

Character details are found in Harley’s clothing, such as the pink onesie with a crying-hearts pattern she wears after her break-up with the Joker and a white T-shirt top and pants with a “Harley F*cking Quinn” stamp that declares her independence to the world. “It felt very ‘of the moment’ and Gotham,” she says. “The superhero world is a little more grounded and urban now, which is why we went in this fashion direction and hope people will connect.” 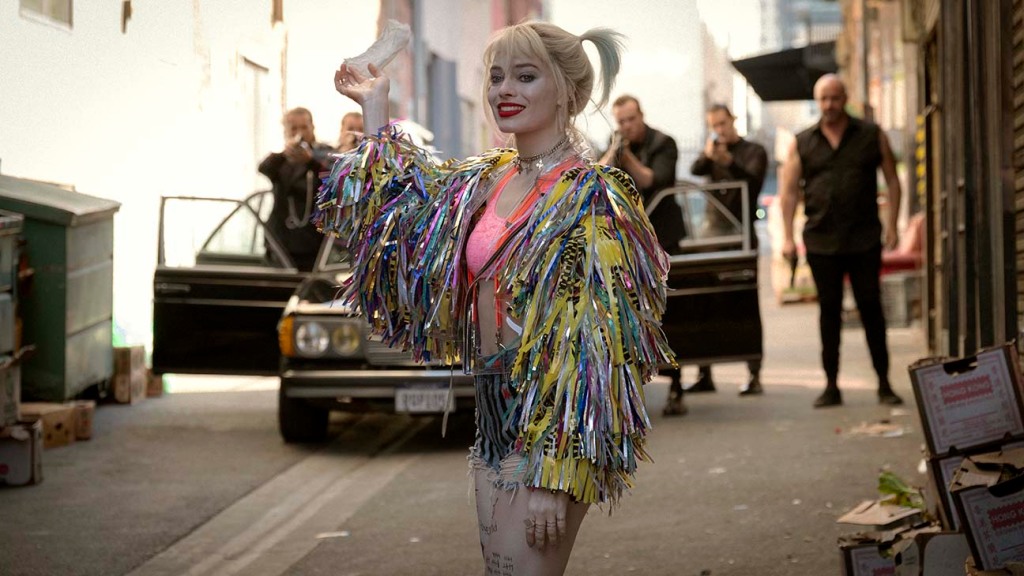 Her costumes also reflect her DIY side, such as the caution tape jacket made of shredded tape one would find as a barrier at a police crime scene. “It was a motif I loved because it said something very Harley about her vibe and her way that would say F-off,” notes Benach, who created 13 outfits for Harley with additional copies to accommodate the action scenes. “The actors would literally burn through them when they landed. It was incredible!”

The designer paid homage to creator Paul Dini, who was inspired by a scene from a ’70s episode of Days of Our Lives. “There is a scene where an actress [Arleen Sorkin] comes out in this super sparkly silver-and-gold jester outfit, and I loved it, so silver and gold was established for Harley.” Hot pink and teal along with red and black also make up her color palette. 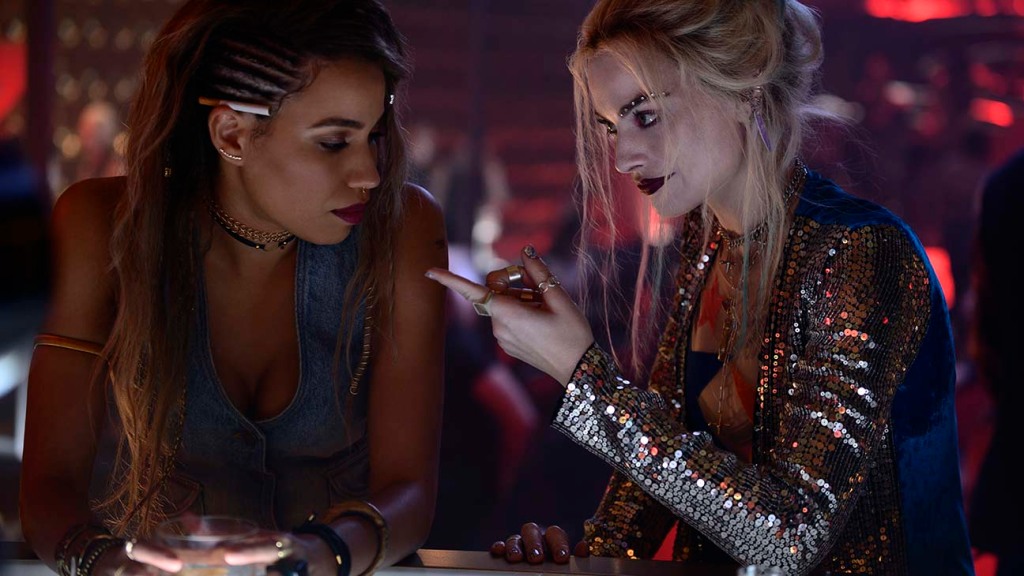 Harley’s merry band of feminist warriors each had their signature looks as well. Inspired by the original comic book character, Benach describes Mary Elizabeth Winstead’s Huntress as “Supreme Meets Louis Vuitton.” Her custom looks include hooded and cape silhouettes with high-waisted leather pants and a cutout bodice with graphic lines and a color palette of black and purple.

“We see the evolution of her character in flashbacks where she is this awkward girl being raised by these guys in Italy and evolves into a huntress. There is still a roundedness in her street clothing, yet she is still hero-esque. She is a kind of quiet warrior hero,” she says. 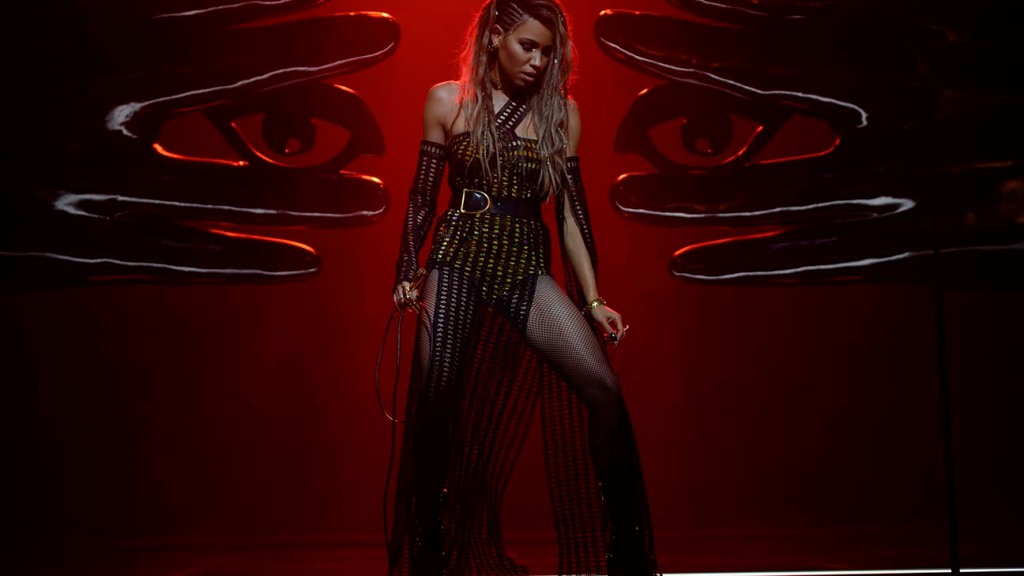 The character Black Canary (played by Jurnee Smollett-Bell) doubles as a night club singer. Benach explains, “She looks like the type who would buy in vintage stores and her fashion sense included fishnets, black leather and gold. When we first see her in the club, we enlarged the fishnet 80 percent and added a gold bra, gold underpinnings and a gold belt.”

For Rosie Perez’s Gotham City Police Department detective, Renee Montoya, Benach wanted her to feel more grounded and realistic, which translated into casual dark pants and dark button-down shirts, someone that is “all about business.”

Birds of Prey opens in theaters on Friday. 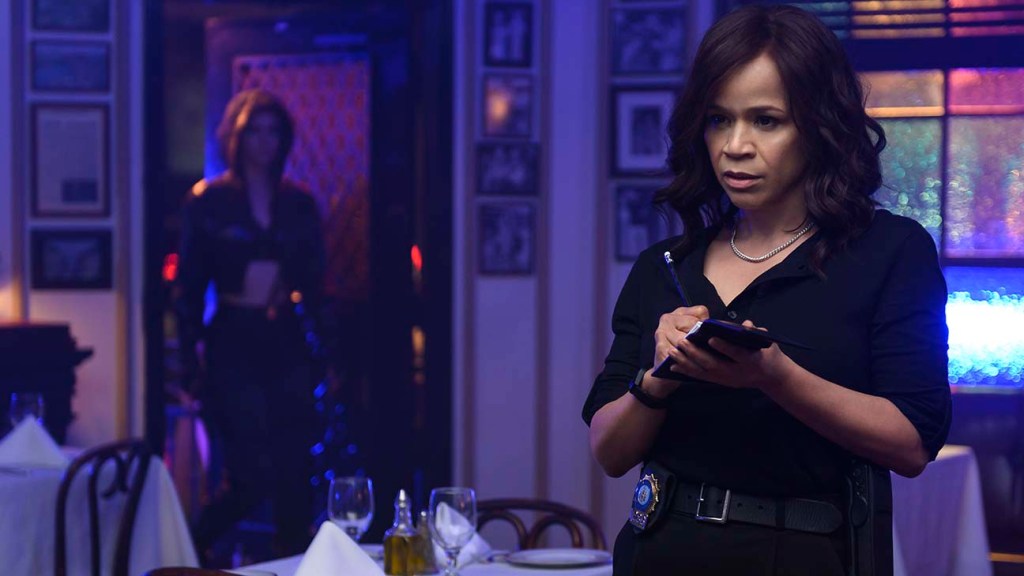