Patrisse Cullors, co-founder of the Black Lives Matter movement, is not merely an activist — she’s a modern-day abolitionist. And as protests over racism, inequality and police brutality have exploded worldwide, Cullors says the answer does not lie in holding police accountable with better training and body cameras. Instead, she demands defunding law enforcement so that black and brown people can be free from what she calls a “well-funded army” that “occupies” them. (In the city of L.A.’s proposed 2020-21 budget, 54 percent of unrestricted municipal funds would go to the LAPD.)

“For hundreds of years, black communities have lived under state terror — be it police or vigilante violence,” says Cullors, who also is an artist, a television writer (Freeform’s Good Trouble) and author of the 2018 New York Times best-seller When They Call You a Terrorist: A Black Lives Matter Memoir. “An abolitionist believes in a world where police and prisons are no longer weaponized as a tool for public safety.”

THR first spoke with Cullors, 36, just after video emerged of 25-year-old Ahmaud Arbery being shot to death while jogging in Georgia, and again on May 31, after the heart-rending video of George Floyd, 46, being suffocated to death in broad daylight at the hands of a Minneapolis police officer went viral. Cullors, who spoke at a May 30 rally in L.A.’s Pan Pacific Park, describes the ongoing protests as “a human reaction to a deeply unstable and dysfunctional relationship to a country that has dehumanized us for centuries.”

Cullors has been particularly active in recent months. In L.A.’s March 3 primary, Measure R, which creates increased authority to independently investigate corruption in the L.A. County Sheriff’s Department, passed with more than 67?percent of the vote, with Natalie Portman, John Legend and Ava DuVernay among its high-profile supporters. “Patrisse has been extraordinarily effective in making actual change,” Portman tells THR. “She is both eloquent in articulating the situation and effective in creating solutions.”

Also in March, Cullors formed the Justice-LA COVID-19 Response, a coalition demanding that L.A. County officials relieve overcrowding in jails and limit arrests to help protect inmates. After a petition campaign, the Sheriff’s Department lowered the jail population from 17,000 to a little less than 12,000, and by May, COVID-19 tests became available for all inmates. But, Cullors says, that’s not enough. “This is not hyperbolic. Everyone knows that prisons are a petri dish for COVID-19,” she says. “We know for a fact that we can reduce the population by probably another 6,000 if the sheriff’s department really wanted to.

She adds that if Hollywood wants to help, they can support Black Lives Matter-LA, Reform L.A. Jails and Justice-LA. and she supports voting out incumbent Los Angeles County District Attorney Jackie Lacey and voting in her progressive challenger George Gascon.

Cullors grew up in L.A., where the men in her family experienced police brutality firsthand. In 1999, her brother, Monte Cullors, who suffers from mental health issues, began cycling in and out of prison. He says Sheriff’s deputies severely beat him at Pitchess Detention Center after he was diagnosed with schizoaffective disorder. (On June 3, the Broad released a performance-piece video in which Cullors pays tribute to Monte.) Ten years later, Cullors’ father died, just months after being released from prison.

Fast-forward to a country strangled by a viral pandemic that reports say is killing black and brown people at disproportionately higher rates. “It’s not a coincidence,” notes Cullors. “It’s hundreds of years of generational oppression and trauma and infrastructural racism that impacts our bodies and makes our bodies more vulnerable to something like a COVID-19.”

Art also has imitated life, as Cullors guest-starred on Good Trouble‘s second season playing herself. Signed by CAA in August, she subsequently became a series consultant (which features a character, modeled on Cullors, who is a Black Lives Matter activist), and recently she moved into the writers room. “I didn’t grow up with TV shows or media showing me people who change things,” says Cullors, who identifies as queer. “It’s a natural fit. I wouldn’t have done it if it were any other show. Everything that I’ve done has been about?storytelling.” Adds Portman, “She sees activism and artistry as two branches of the same tree — the ability to imagine the world differently.”

On June?2, #BlackOutTuesday, Cullors, along with BLM and a coalition of more than 100 black rights organizations are launching an open letter (signees include Jane Fonda, Yara Shahidi, Taraji P. Henson, Common, Lizzo and Megan Rapinoe) demanding action and accountability, outlining a five-day week of actions, and asking citizens nationwide to join in. Cullors says she remains inspired and buoyed by the dedicated activists working every day to combat systemic social injustice. “Our vision is for a world rooted in the care and love and humanity for every human being,” she says. “A world that relies on an economy of care versus one with an economy of punishment. An abolitionist believes in freedom.” 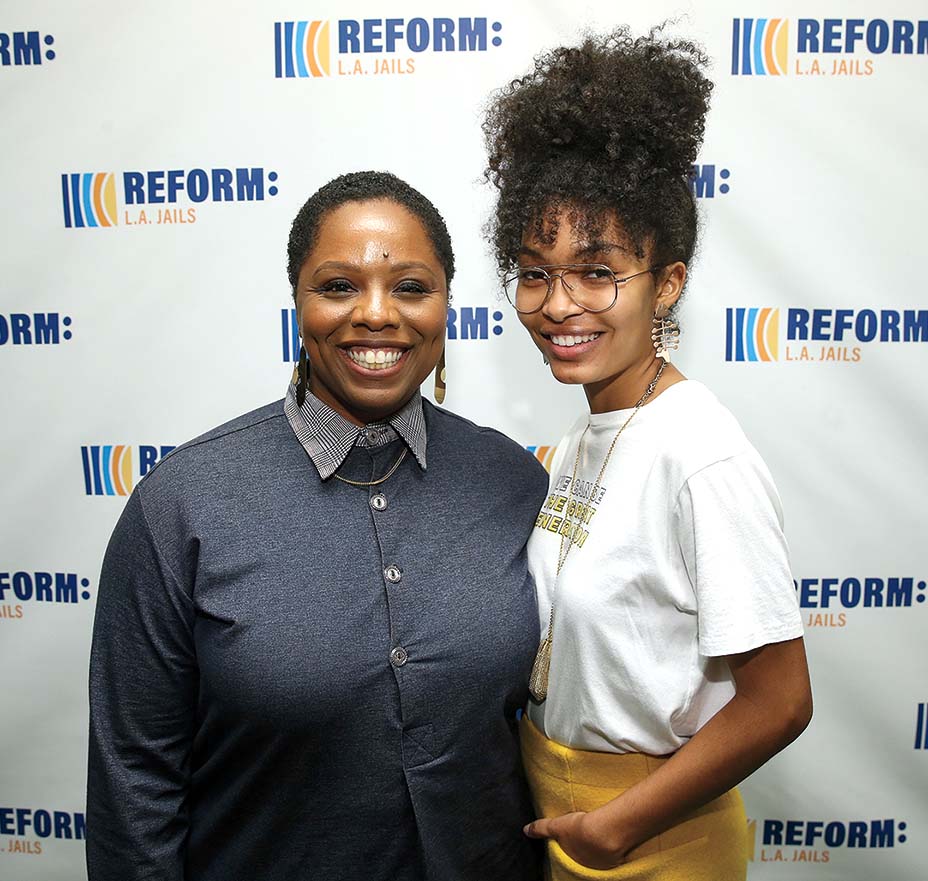 A version of this story appears in the June 3 issue of The Hollywood Reporter magazine. Click here to subscribe.