Ruth Carter has created costumes for some epic films, Amistad, Malcolm X and Selma among them, but nothing prepared her for the size and scope of Black Panther. For the super-stylish superhero film opening Feb. 16, she imagined a new African diaspora with 700 costumes fusing futurism, indigenous dress and high fashion, using research that spanned from the Rose Bowl Flea Market to textile dealers in Accra, Ghana.

The Ryan Coogler-directed film brings to the big screen Marvel Comics’ first black superhero, reinventing the circa 1966 character for today. Black Panther is depicted as T’Challa (Chadwick Boseman), who rules over the fantastical African country of Wakanda, rich with vibranium, a mythic metal that is woven into the superhero’s sleek black, repeating triangle-pattern suit (designed by Marvel’s Ryan Meinerding), and has allowed the population to make technological advances nearly a century ahead of the rest of the world. The fight for vibranium is at the heart of the story, with T’Challa defending the kingdom against Michael B. Jordan’s Erik Killmonger.

The Best 'Black Panther: Wakanda Forever' Merch to Gift for the Holidays 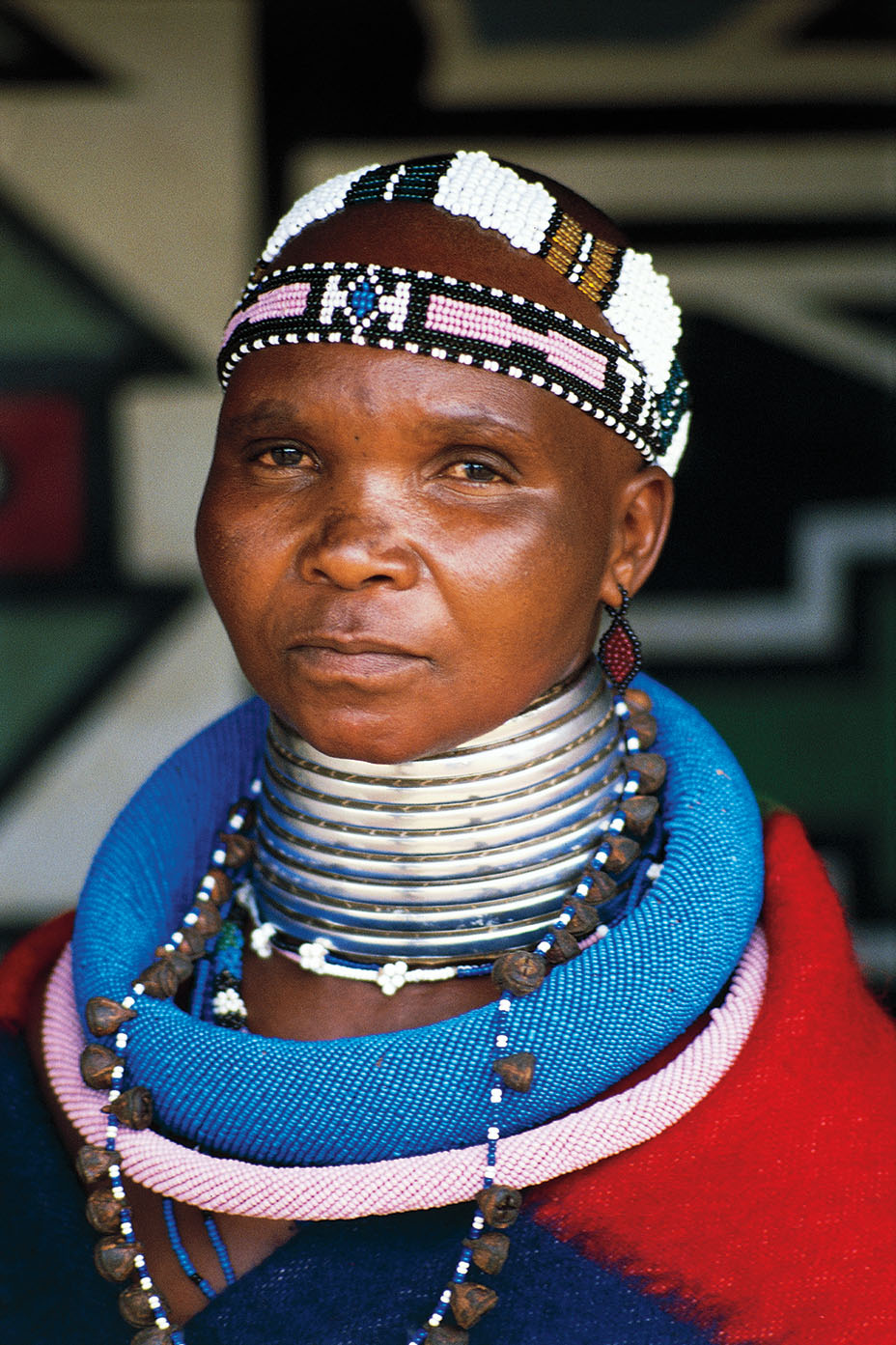 Carter worked with five illustrators, 14 designers, mold makers, fabric dyers, jewelry makers and more. “It was an army,” the costume designer says. On her mood boards were images of African dress from the Maasai, Tuareg, Turkana, Xhosa, Zulu, Suri and Dinka peoples (including a men’s glass bead, animal skin and cowry shell corset from the Metropolitan Museum of Art), as well as piercings and body art, and more abstract examples of drapery and beading. She also examined fashion by avant-garde pleating master Issey Miyake, African-style vintage pieces by Yves Saint Laurent and Donna Karan. 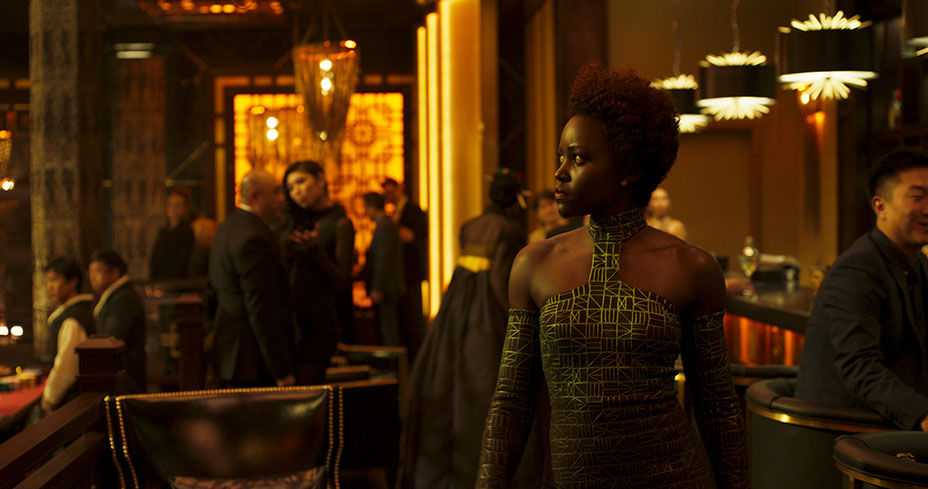 Romantic lead, fighter, undercover agent and ambassador Nakia (Lupita Nyong’o) dresses exclusively in shades of green, almost like a chameleon, each hue worn only once. “It’s not only nailing one character, it’s nailing several in one person,” says Carter. “Ruth, Ryan and I wanted Nakia to look both elevated and grounded in her work as a spy and each costume reflects those things,” says Nyong’o, who dons a body-hugging, techo-look chartreuse neoprene gown for a glamorous casino scene. “Neither aesthetic nor utility were compromised.” 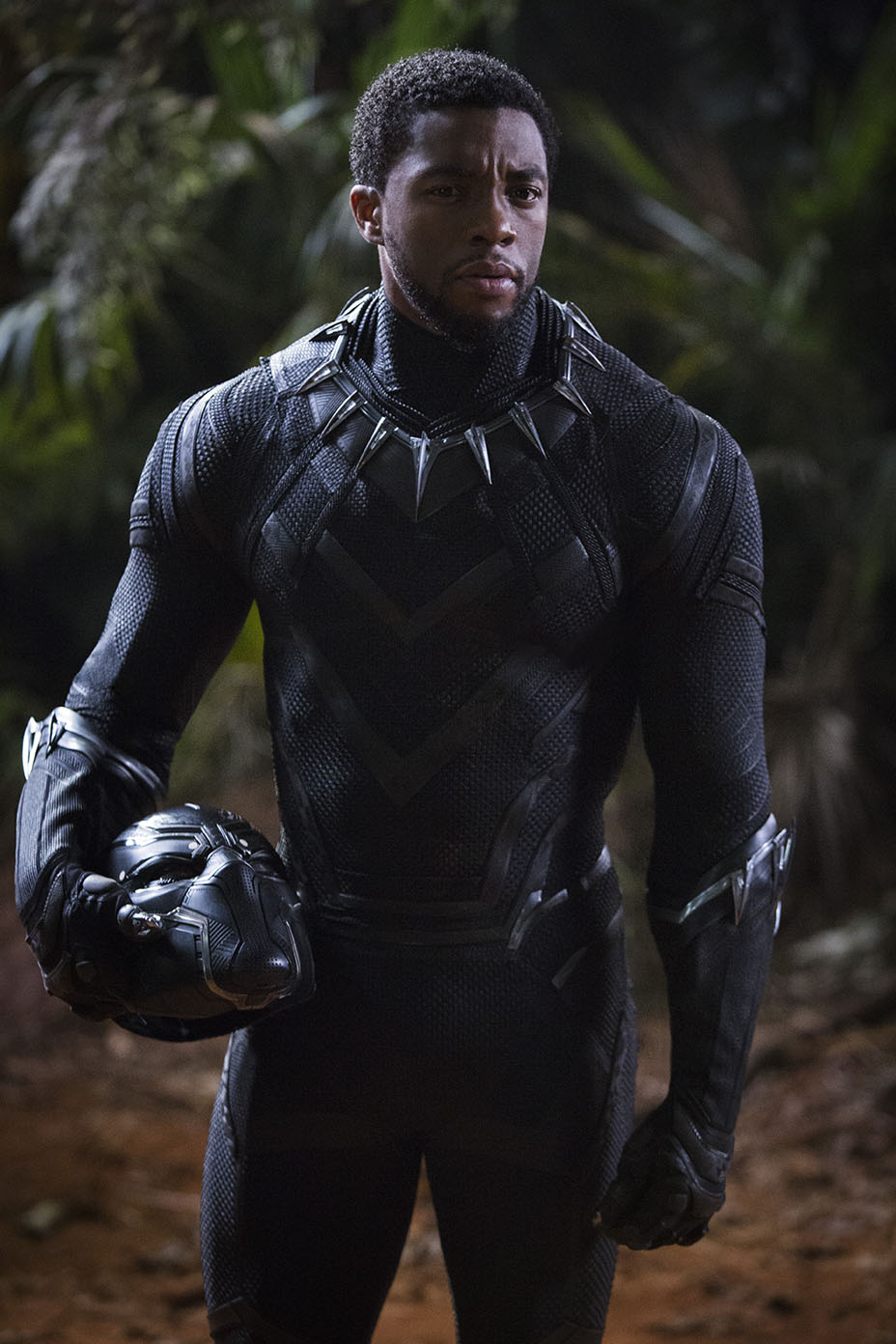 The Walking Dead‘s Danai Gurira and Florence Kasumba are the fashionably fierce members of the Dora Milaje secret service in colorful beaded armor resembling jewelry, while the kingdom’s spiritual guru Zuri (Forest Whitaker, draped in regal purple threads and micro-pleated robe) is the keeper of the herb that gives power to Black Panther.

Carter dispatched shoppers to Ghana and South Africa to find real artifacts, textiles and jewelry, to use as prototypes. “For the Dora Milaje, I wanted to see Ndebele neck rings in real life and how heavy they were,” she says, noting that for the safety of the actors, the neck rings were remade in rubber for filming. 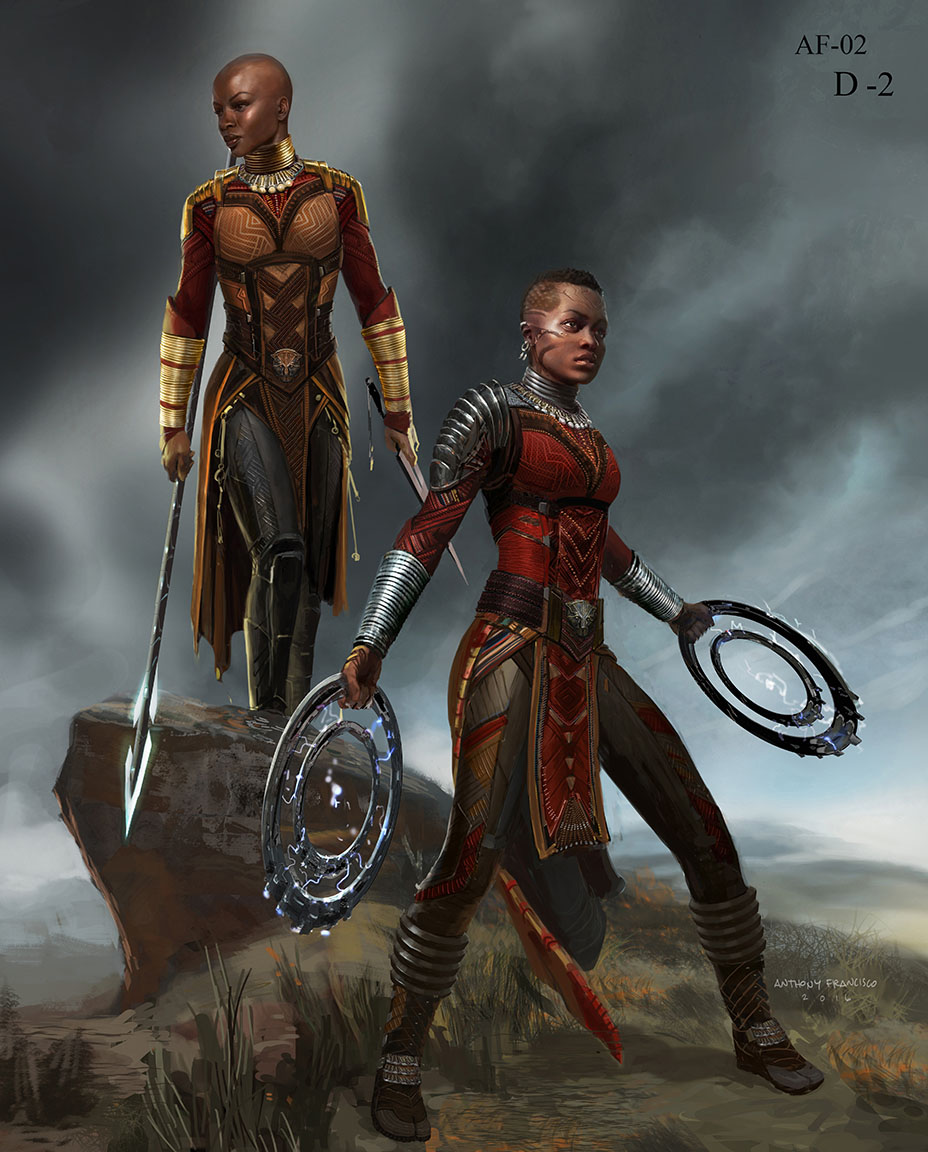 One scene has T’Challa and his mother Ramonda (Angela Bassett) on a mission to the icy highlands, ruled by the Jabari, or mountain tribe, dressed in blanket textiles. “I used Africa’s Dogon tribe as inspiration for all things Jabari,” says Carter, referring to the remote civilization in Mali. “I found this collector at an antique mart in Atlanta who had hand-batik cloth. The Jabari also wear these phenomenal grass skirts that Ryan Coogler just fell in love with.” 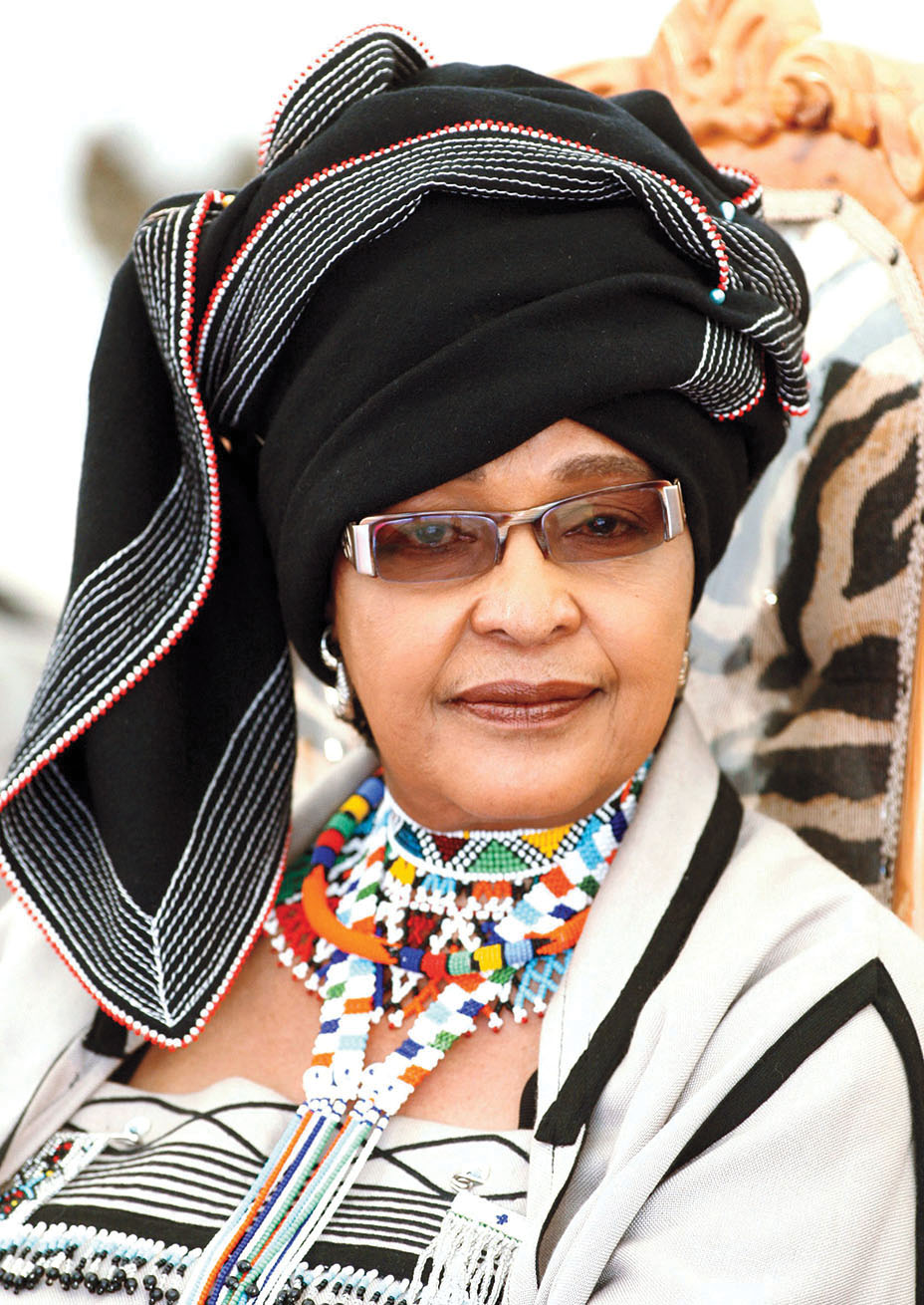 For Bassett’s costumes, Carter looked at Winnie Mandela. “I had video of her arriving at a birthday party in South Africa wearing a traditional Zulu woman’s ceremonial costume and headdress that was just beautiful,” she says. As a futuristic nod, she wears a shoulder piece made from African lace designed in a circuit pattern and 3D-printed. Says Coogler, “Ruth and her team paid respect to specific tribal inspirations that we came up with while creating a look that was entirely unique.” 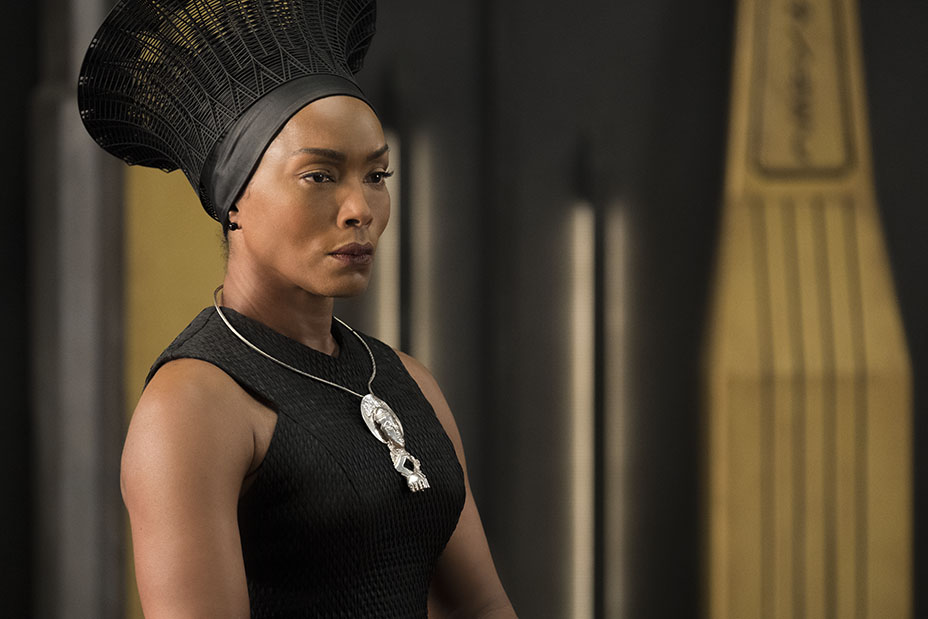 A version of this story appears in the Jan. 17 issue of The Hollywood Reporter magazine. To receive the magazine, click here to subscribe.