While almost every character in Marvel Studios’ Black Panther could lay claim to the title “breakout character,” M’Baku — the leader of the Jabari tribe, as played by Winston Duke — has struck a particular chord with moviegoers.

It’s thanks to his striking appearance, game-changing role in the movie’s climax and vegetarianism. M’Baku turns out to be one of Black Panther’s most interesting characters…which is all the more surprising, considering his comic book origins.

The creation of Roy Thomas and John Buscema, M’Baku debuted in 1969’s The Avengers No. 62, showing up on a cover that showed him in combat with the Black Panther, behind the tagline “The Monarch and the Man-Ape!” Yes, as embarrassingly racist as the name seems today — M’Baku also went by the name “The White Gorilla” for a while, as if Marvel couldn’t quite realize what the problem actually was — that was M’Baku’s name of choice for years, as he turned up again and again to confound T’Challa and attempt to take over Wakanda in the hero’s absence.

The comic book origin of M’Baku lacks much of the subtlety or tragedy of his cinematic incarnation. While both versions of M’Baku belong to the Jabari tribe, the comic book version never left the larger Wakandan society; indeed, the comic book M’Baku was so well-respected within the nation that he essentially managed to usurp the throne without anyone noticing — it merely seemed that the man who was the second greatest warrior of the country was keeping it safe in T’Challa’s absence. It was only when the hero returned from the U.S. that things went awry. 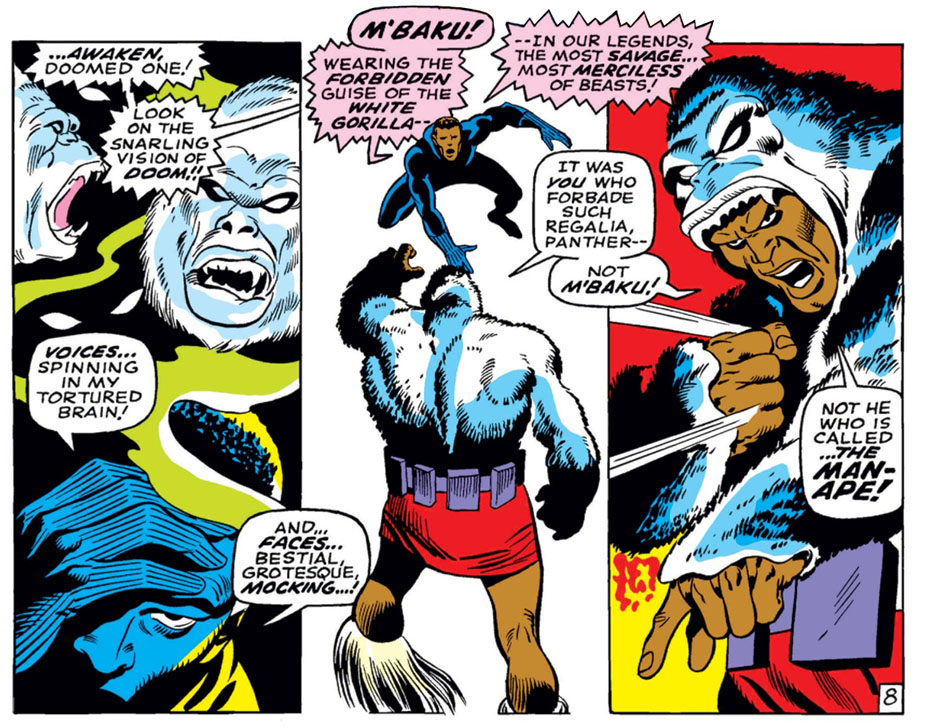 It wasn’t just that M’Baku had attempted a quiet coup, as it turned out. He’d also revived an outlawed cult — the White Gorilla Cult, a rival to the Panther cult that gave T’Challa his powers — in an attempt to become T’Challa’s equal and, in his eyes, at least, restore the purity of a Wakanda ruled by a monarch who puts his nation ahead of the rest of the world, but it wasn’t enough. A fight between the two apparently ended in M’Baku’s death. That state of affairs lasted just 18 months, because he reappeared, very much alive and very much abandoning Wakanda himself, in Avengers No. 78 as a member of new supervillain team the Lethal Legion, formally beginning his career as a generic supervillain for hire. To make matters worse, M’Baku was essentially exiled from Wakanda as a result of his Lethal Legion membership, thereby underscoring his poor life choices.

In recent years, M’Baku’s comic book activities get a little complicated: He returned to Africa where he apparently founded the “Kingdom of the Man Ape” in some unknown location, only to be killed by the magical villain Morlun in 2008’s Black Panther Vol. 5 No. 4. He then, without explanation, showed up alive and well in 2011’s Villains for Hire No. 3 and the 2016 “Standoff” storyline that ran through Marvel’s Avengers comic books, only to be reported killed again just months later in that same year’s Black Panther Vol. 6 No. 4, without any explanation. Had the editors and writers of Villains for Hire and “Standoff” forgotten that M’Baku was dead? Was the Man-Ape in those comics actually his brother, Mandla, who was reported in the latter Black Panther issue to have taken over the mantle? (He, too, died in that 2016 issue.) 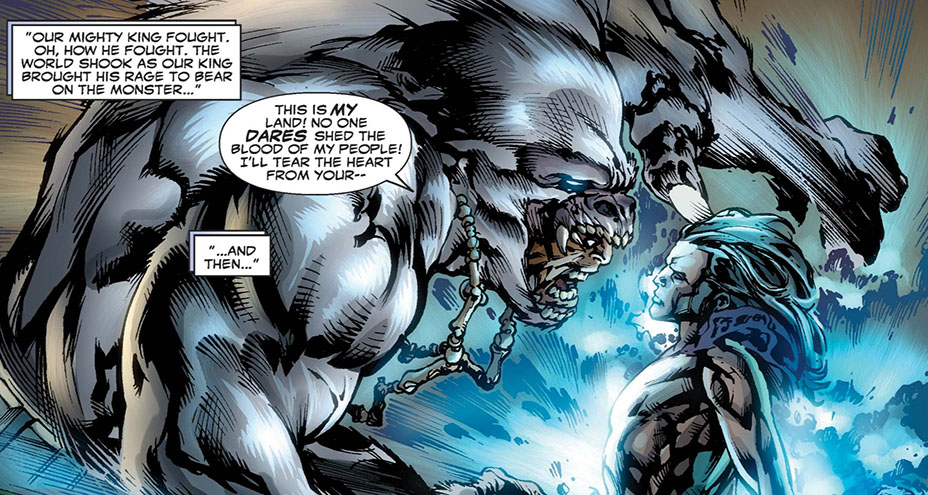 No matter what, the comic book M’Baku never had the chance to save Wakanda in the same manner as his cinematic brethren. To be fair to the writers and artists responsible, it’s unlikely he’d have managed it even if he’d had the chance. The comic book version of the character is, in many ways, a rough first draft for the version seen onscreen, missing both the nobility and complexity as a character in the same ways as the “Man-Ape” name and “White Gorilla Cult” backstory feels like an unsubtle, on-the-nose first draft for the iconography of the cinematic character.

It should only be hoped that, if and when M’Baku makes his return to the comic book page — something that only feels like a matter of time given how popular the movie version of the character is — he achieves some of the ambiguity and heroism of his onscreen counterpart. Or, at least, his dietary habits. 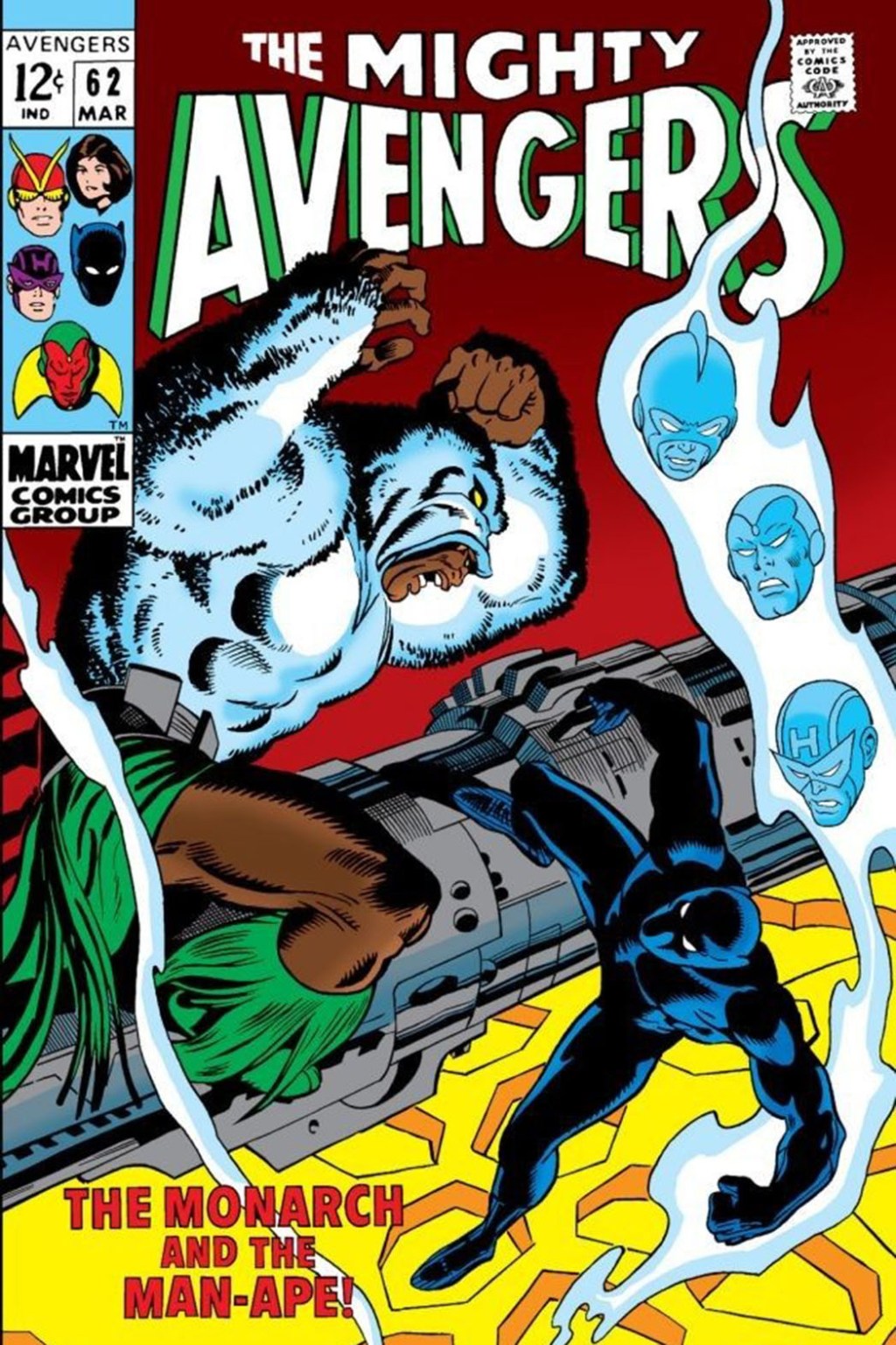