Mark and Jonnie Houston, the fraternal twin club impresarios whose vision of L.A. nightlife has become the lodestar of industry millennials (assistant and A-lister alike), will debut their latest on Hollywood Boulevard on Feb. 8. Known for thematic fantasies — pre-Castro Havana at La Descarga, Parisian boudoir at Pour Vous, ‘80s MTV at Break Room 86 — the native Angelenos, 38, who grew up in the kitchen of their mother’s Thai restaurant, now have conjured Black Rabbit Rose. This new-school answer to the exalted if hoary Magic Castle brings to 10 the number of Houston venues, known to draw the likes of Joaquin Phoenix, Robert Pattinson and Thom Yorke.

“The question is always, ‘How do you constantly create things that are worthy enough for people to actually get excited?’ ” says Mark, who with Jonnie started out investing in commercial real estate. At Black Rabbit Rose, bartenders serve complicated cocktails with a side of sleight-of-hand tricks. A classic Zoltar machine is rigged for staffers to tell fortunes remotely. And in the back, a 40-seat theater has been engineered with shaking floors, false walls and trick lighting for performances ($25 to $40) booked by magician Rob Zabrecky, whose work hosting the live show Brookledge Follies inspired Ryan Gosling to cast him in his directorial debut, Lost River. “It’s amazing, the trouble they went into with this space — the details permeate every beat,” says Paul Reubens (he and friend David Arquette consulted on the project).

“These days people are looking for experiences — they want to make memories,” says Steven Soderbergh, who in 2016 hosted a series of events at the Houstons‘ Dirty Laundry, situated in the basement beneath Black Rabbit Rose in a historic apartment building, where actors including Clara Bow and Stan Laurel once lived. Adds noted burlesque performer Dita Von Teese, who christened Black Rabbit Rose’s then-unfinished theater with a New Year’s Eve party: “People aren’t showing them storyboards. You can feel that these are their hands on it and their enthusiasm when you walk into their spaces.” Andrew Zobler, CEO of Sydell, a boutique hospitality firm, who with partner Ron Burkle recruited the Houstons for Koreatown’s Line hotel (home of Break Room 86), says simply, “The word I like to use for them is ‘theatrical.’ “

Next act: the rooftop terrace and bar at the forthcoming Exposition Park soccer stadium of the Los Angeles Football Club, co-owned by Mandalay Entertainment CEO Peter Guber. (The Houstons say they passed on a similar approach from the Rams.) “Peter is a partyer — great energy,” says Jonnie. “He knows what he wants.” As do the Houstons, which is why magic, which might elicit eye rolls from the self-styled savvy, is a trick they are confident they can pull off. “People who want to go to [Houstons‘] places,” notes Zabrecky, “are predisposed to suspend their disbelief.” 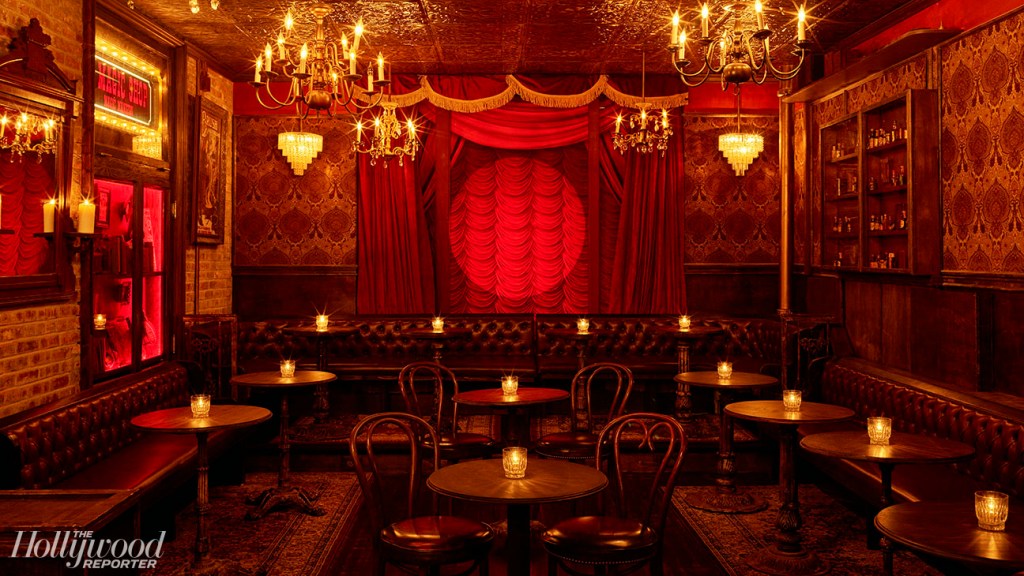 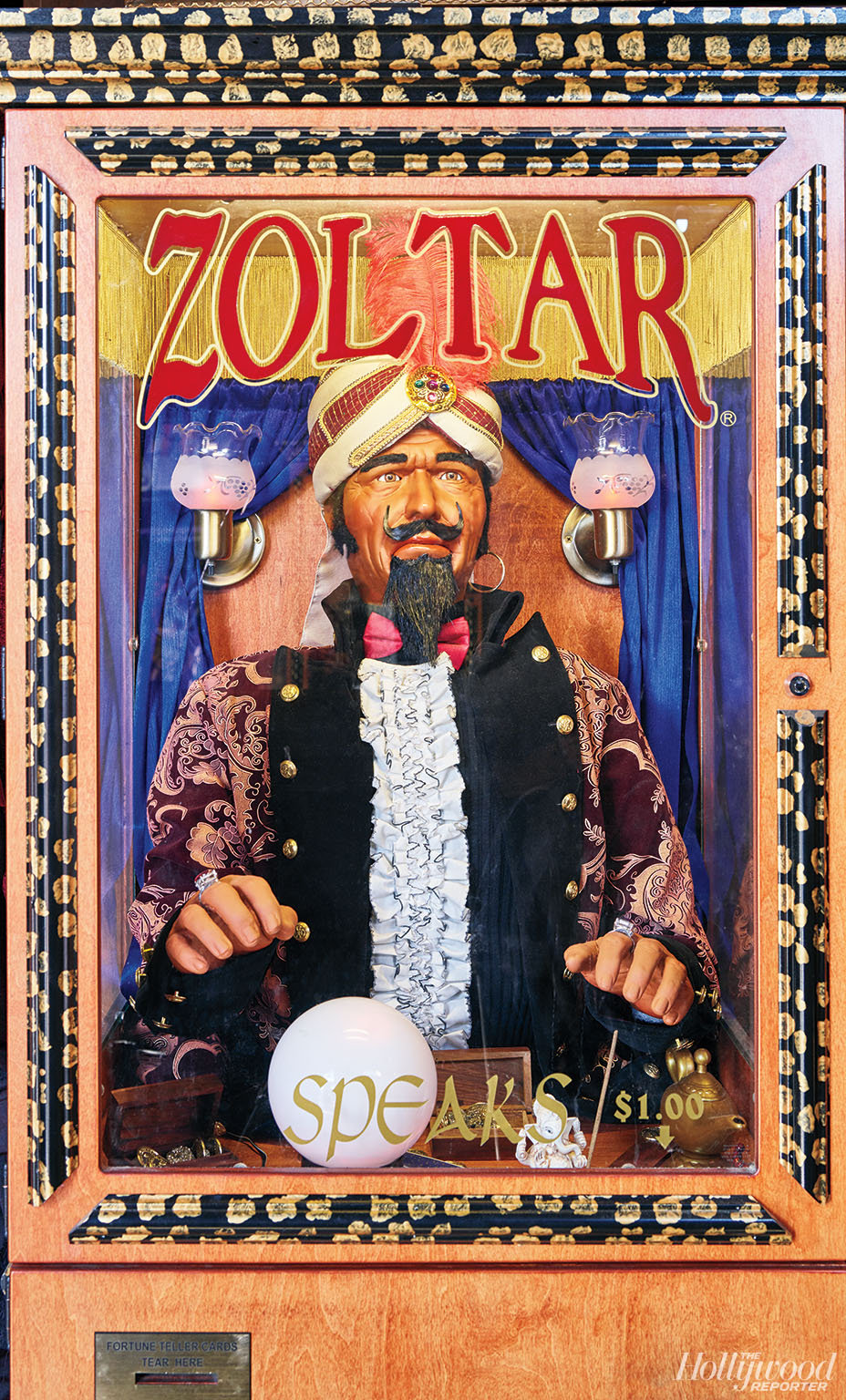 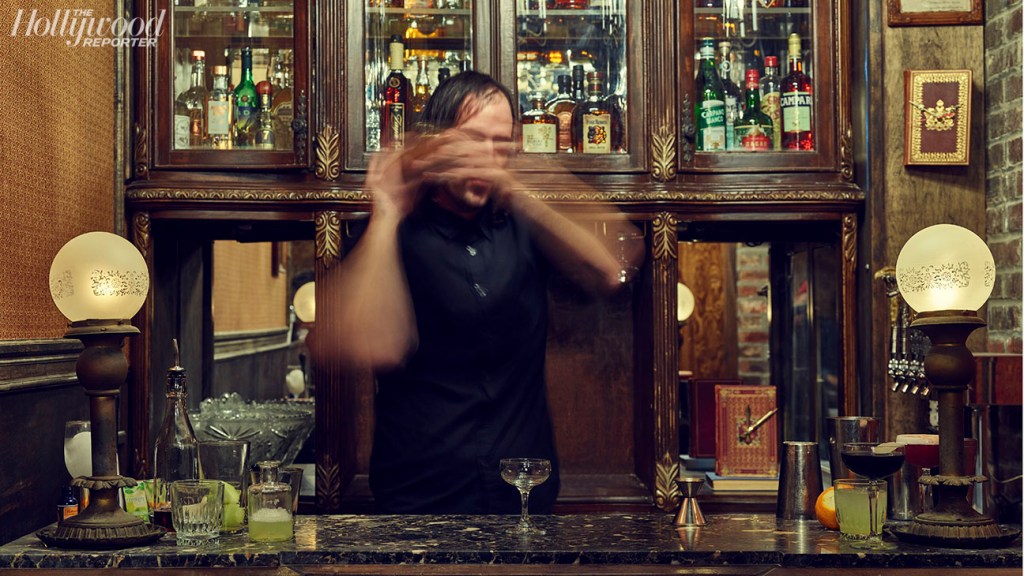