A host of Black stars, writers, businesswomen and activists are set to take over the Instagram accounts of A-list white actresses, authors, fashion designers, athletes and politicians as part of the #ShareTheMicNow social media campaign.

On Wednesday, for one day only, Oscar-winners Julia Roberts, Hilary Swank and Gwyneth Paltrow will be among the Hollywood names in a campaign that will see white women with large Instagram followings using their outsized platforms to magnify the voices and work of Black women.

The brainchild of Endeavor CMO Bozoma Saint John, bestselling authors Luvvie Ajayi Jones and Glennon Doyle and fashion designer Stacey Bendet, the #ShareTheMicNow campaign comes as the U.S. grapples with the repercussions of nationwide protests against police brutality and systemic racism in society.

#ShareTheMicNow organizers said the campaign had four stated goals: “To form a social media campaign that magnifies Black women’s lives and stories. To form relationships among Black women and white women – so that our future activism is born from relationships. To create a network of disruptors who know and trust each other. To create action that could make change.” 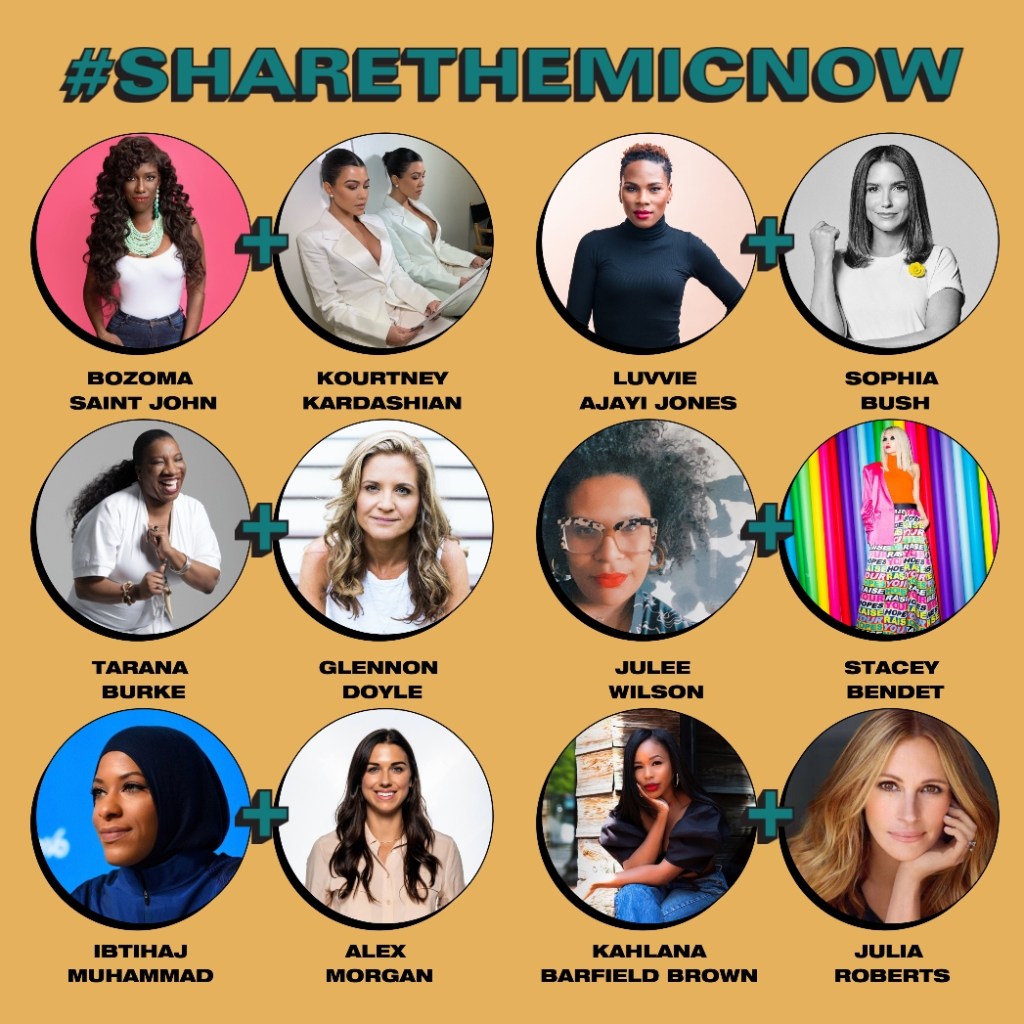 In all 46 Black women will take over the accounts of 46 white women, and the total audience reach for the inaugural #ShareTheMicNow campaign will be 300 million on Instagram, according to the organizers.

A full list of the Black women taking part:

A full list of the white women taking part: