For many, Chip Mosher is known as the head of content for Amazon’s digital comics company ComiXology, or perhaps for his former role as head of marketing for Boom! Studios. He’s also a comic book creator, a fact likely to become far better known with the release of Blacking Out, his upcoming collaboration with artist Peter Krause (Archie 1941, Irredeemable).

Searching for the truth about the death of a woman whose body was discovered in the middle of a wildfire that destroyed 10,000 acres, former cop Conrad comes up against the victim’s family, local police and his own limitations in the noir detective story writer Mosher described as a story “about bad people doing bad things.”

“My adopted hometown of Los Angeles is so dense with crime lore and in my 20 years living here, I haven’t stopped falling down that rabbit hole,” Mosher explained in a statement about the project. “That legacy and the emergent Southern California wildfires led to Blacking Out and I was fortunate to find talented collaborators willing to fuel my buzzkill vision.”

Added Krause, “I love crime stories. Dark alleyways, bad decisions, a shady rendezvous — they are all lovely fodder for a comic book artist. Chip gave me a lot of freedom with Blacking Out — the script wasn’t broken down in traditional pages and panels. Being able to pace the story and take the time to get it right really paid off. The result was a book that I’m very proud of — even if it’s creepy as hell.”

In addition to Mosher and Krause, Blacking Out features letters from Ed Dukeshire, colors by Giulia Brusco and design from Tom Muller.

Blacking Out is launching as a Kickstarter campaign, with multiple rewards on offer beyond the core 56-page graphic novel. Krause is offering an original drawing; Mosher, a personal tour of L.A.’s most notorious crime sites; and a murderer’s row of artists including Eduardo Risso (100 Bullets, Moonshine), Francesco Francavilla (Afterlife With Archie, The Black Beetle) and Mirka Andolfo (Mercy) are illustrating an 11-card set of “cinematic lobby cards” prints featuring characters from the project.

More information about the campaign, and Blacking Out as a graphic novel, can be found here. Below, see exclusive interior artwork from Krause, the book’s cover artwork by Krause and Muller, and lobby cards from Francavilla and Risso. 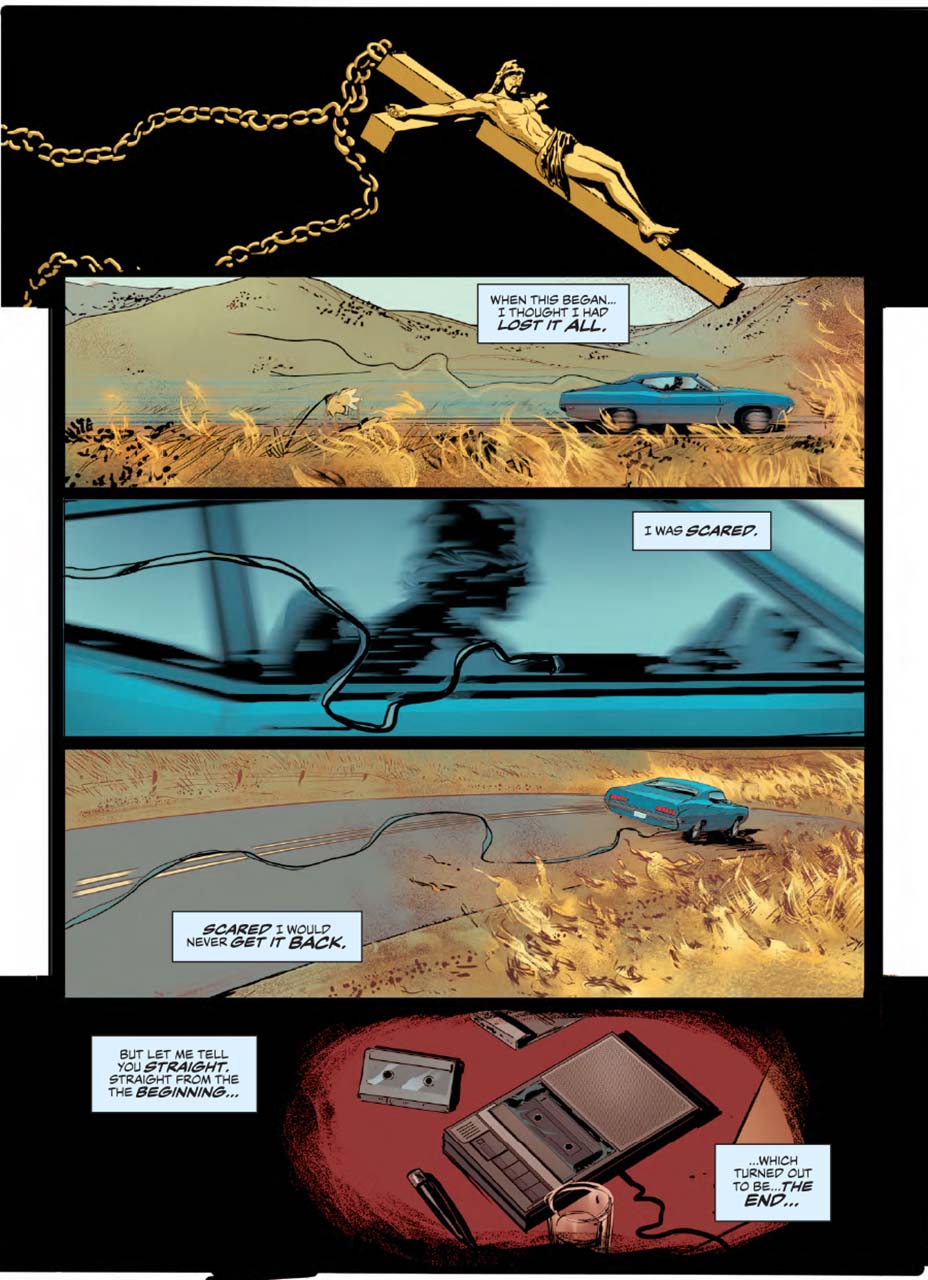 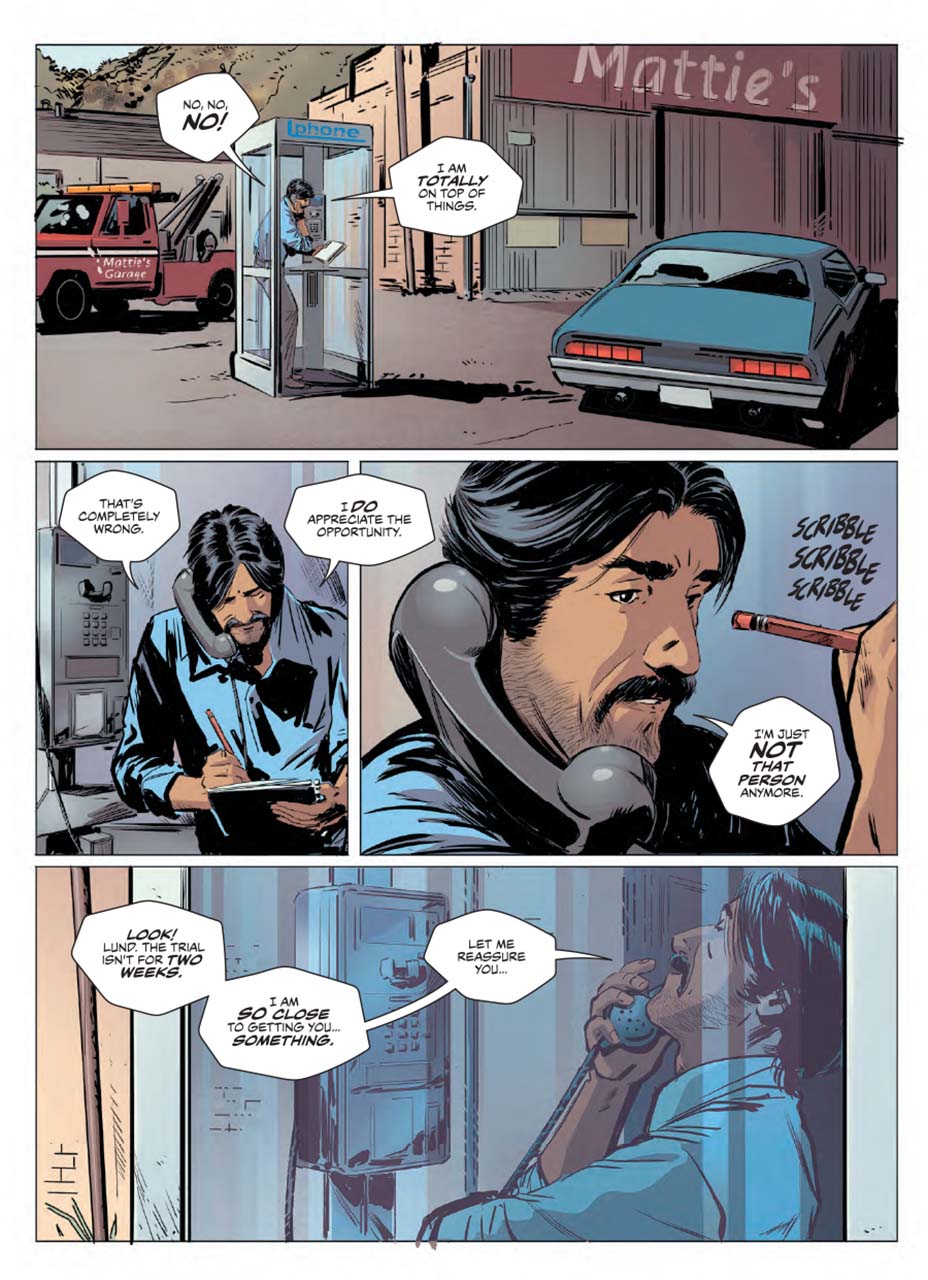 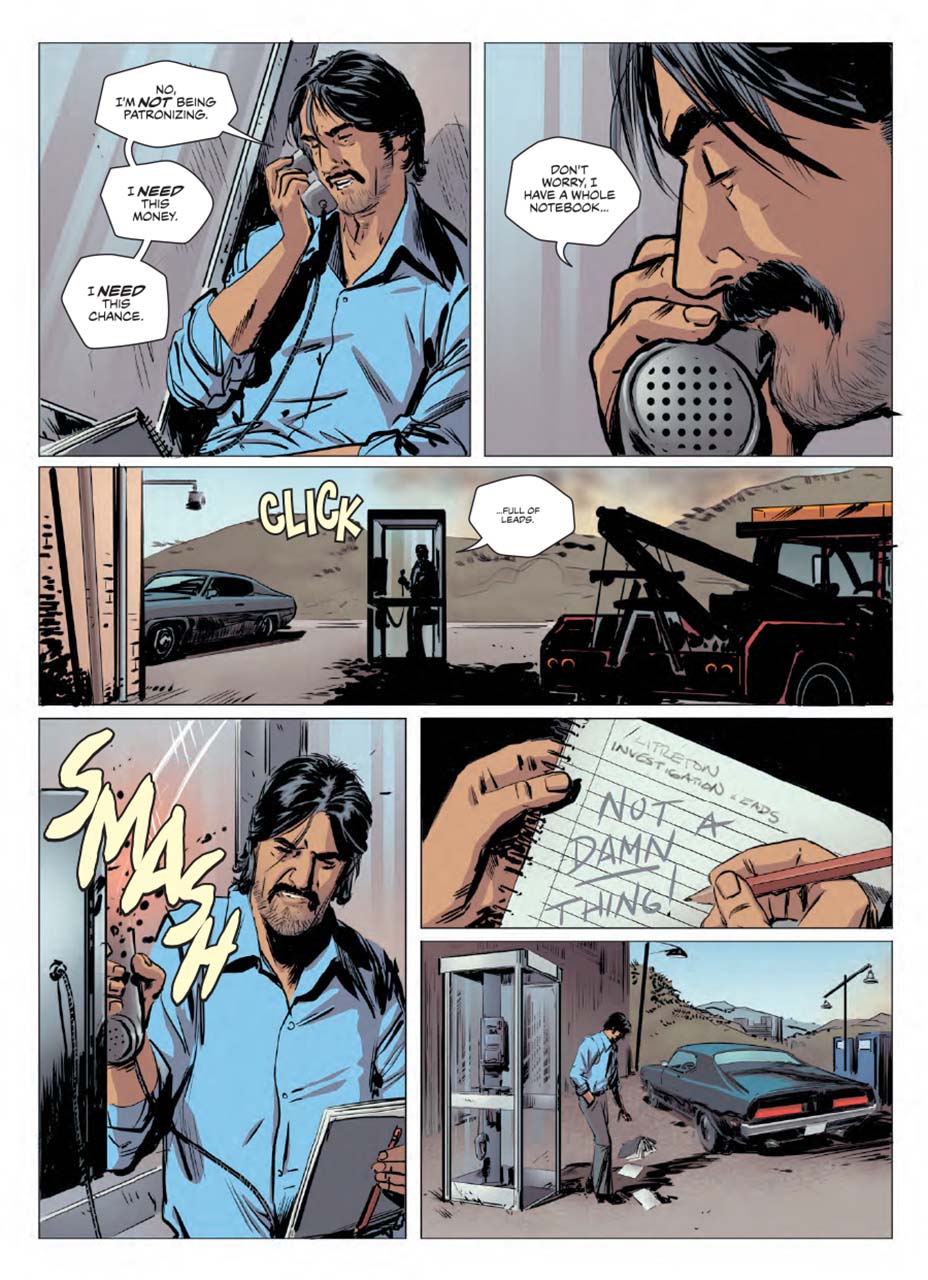 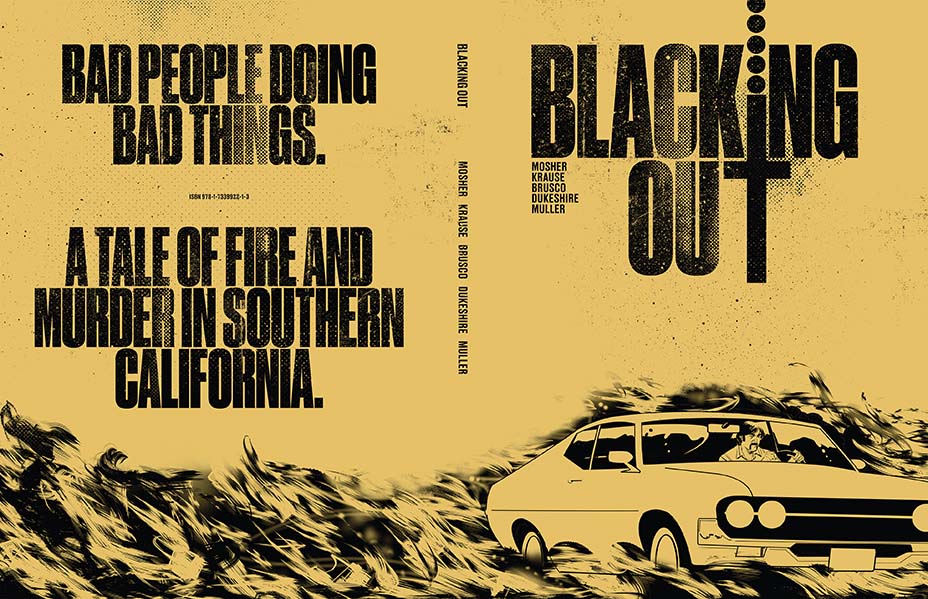 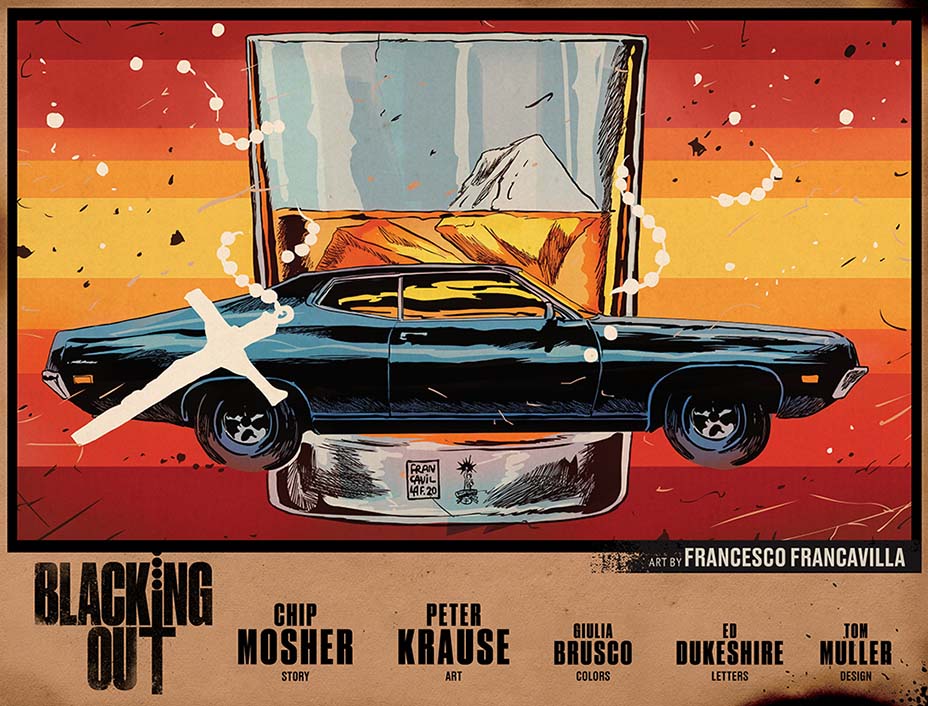 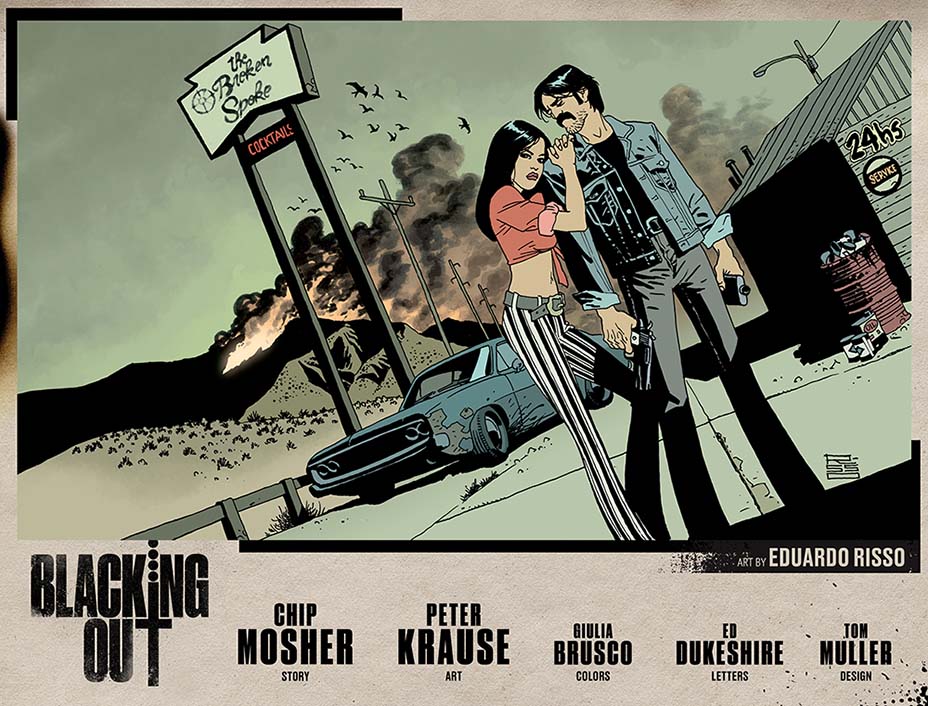