Continue to The Hollywood Reporter SKIP AD
You will be redirected back to your article in seconds
Skip to main content
February 14, 2019 9:30am

Before Get Out even hit theaters, Raymond Mansfield and his partner at QC Entertainment, Sean McKittrick, were ready to set up Jordan Peele with another directing gig. Beginning in 2015, the duo began developing a feature film based on the story of Ron Stallworth, a black Colorado Springs police detective who successfully infiltrated the Ku Klux Klan in the 1970s. They were producing Peele’s post-racial horror film and thought he would be the right guy for the job. Peele instead opted to make a second social thriller as his Get Out follow-up (his Universal project Us) but made a suggestion for Stallworth’s story: Spike Lee.

“It was the kind of thing where we all said to ourselves, ‘I would go see this Spike Lee movie opening night, even if we had nothing to do with it,’ ” remembers Mansfield. “[Lee] quickly called Jordan and then it kind of just took off like a rocket.”

Production on BlacKkKlansman (starring John David Washington and Adam Driver) began in fall 2017 and ended that December, and the film first screened in May at the Cannes Film Festival, where it received a massive standing ovation. Eight months later, it is now among the best picture nominees for the Oscars, picking up a total of six noms, including the first for best director for Lee.

Mansfield spoke to THR about working with Lee, playing Marvin Gaye on set and how the Trump administration has given new urgency and impact to the film.

When did you get involved in BlacKkKlansman?

In 2015, Charlie Wachtel and David Rabinowitz tipped us off to an article that they had read online and Ron [Stallworth’s] book. At that point, it had just been self-published. And they came to us and said, “We really want to tell this story, but Ron [Stallworth] has some hesitation. We haven’t had a film produced, he’s looking for producers with a track record and pedigree, and if you guys like this story, is this something that you would get behind and champion?” We heard the pitch and we instantly loved it. It’s not often that you get a Hollywood high concept from somebody’s true-life story. It fit with a lot of what we were developing at the time, which was socially relevant, entertainment-forward stories. As our country was becoming more politically divided, we felt that this was what the culture was going to be looking for from artists.

Did you have a personal favorite day on set?

It was the day that Corey Hawkins did Kwame Ture’s speech. We had this great set and we had all these extras that day. Spike came in and really it was such a master class in setting an atmosphere, because he started talking about the ’60s and the ’70s and the Vietnam war and the music of the time and what the slogan “Hell no, we won’t go” meant. [He had] a DJ playing Marvin Gaye while the lighting was getting set up. He was educating the audience on what they were about to experience and putting all these people in the mind-set to really absorb this speech that they were about to hear. It was electric. It had this atmosphere that didn’t feel like work. Then when Corey came out and did his speech, it was so powerful. In that moment you could tell this scene is going to be an iconic scene for cinema history. It’s just so rare that all that stuff happens. 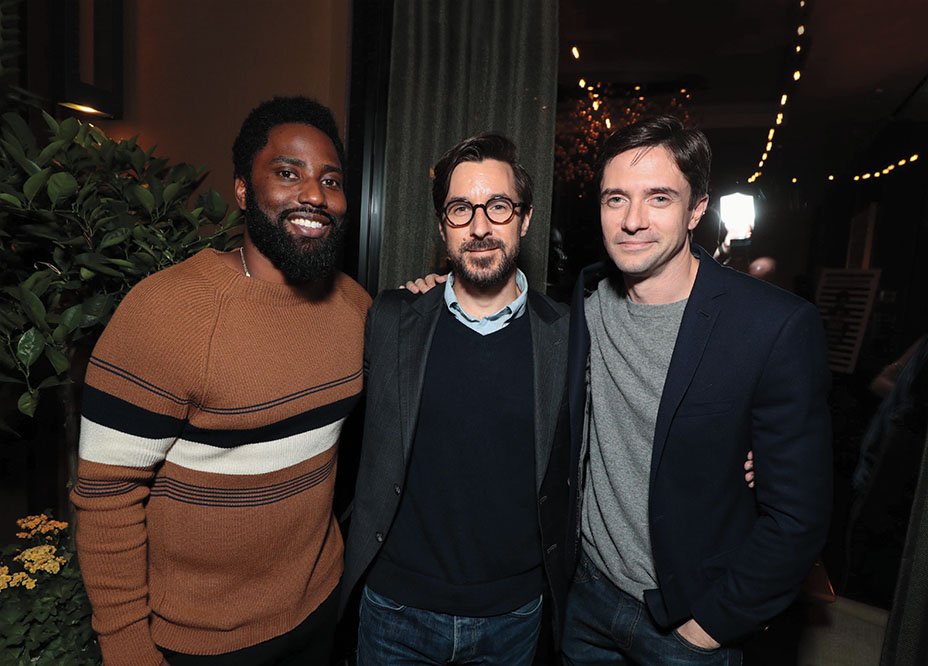 How fast was production?

It was a fast preproduction, a fast production, and a fast postproduction. We wrapped in December and we premiered in Cannes [in May]. Everything on this project really moved quick. I attribute a lot of that to Spike’s decisiveness and decisions, his hard work ethic. He’s up before you every morning and he’s working after you every night. He knows exactly what he wants and he’s not waiting around. Everybody just has to keep up, from the PAs to the actors and everyone in between. He knew what he wanted, and I don’t think you could achieve the timeline goals that we achieved without that.

At what point did you all decide on the ending that would include footage from Charlottesville’s Unite the Right rally?

It was actually in preproduction. We got a revised draft of the script one day in prep and I’m looking through the script, looking through the script, and I’m going, “Where’s the revisions?” And the last two sentences of the screenplay had written in essentially, “Footage from Charlottesville will play here.” I remember Sean McKittrick and I both read that right around the same time and both of us were like: This is such a risky thing to do and it’s going to be so impactful. [It] really feels like the thing that ties this entire movie together in a way that elevates it to something that’s more than a movie and that we should really fight for this. It was obviously a lot of hand-wringing through production and, in particular, through our legal department. How do we clear this? Are there defamation issues? The first cut, the director’s cut, had [the footage] in there exactly as it plays. I credit Spike and [editor] Barry Brown. You could not watch that without being moved to tears. You just couldn’t. We really felt that it was going to be an important element that helped elevate the movie to a higher conversation and a higher experience for the audience. 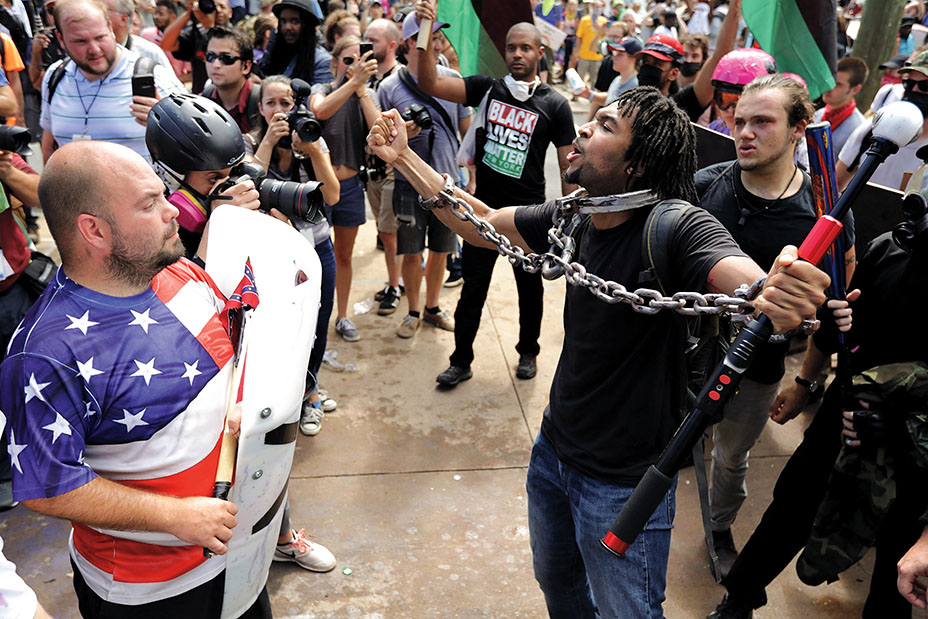 You started developing this movie in 2015. How has it been watching the project take on new meaning throughout the Trump administration?

It’s sad, but it makes these projects all the more urgent. Tying the past to the present was a stroke of genius by Spike and [writer] Kevin Willmott. They surgically would pick these specific points within the body of the film to guide the audience toward tying it all together. They deserve the credit for really getting at the significance of our place in history, right now. We had a similar experience on Get Out, as well. Hillary [Clinton] could have won or [Donald] Trump could have won [the 2016 presidential election]. Would that movie be the same thing based on that outcome? This film has had a similar trajectory.

What do you hope the legacy of this movie is?